Ancient Eretria is the most important historical site on Evia, a city that at one time fought with Chalkida for dominance of the island, before Chalkida took power in the 7th century BC and Eretria was finally destroyed in 87BC. 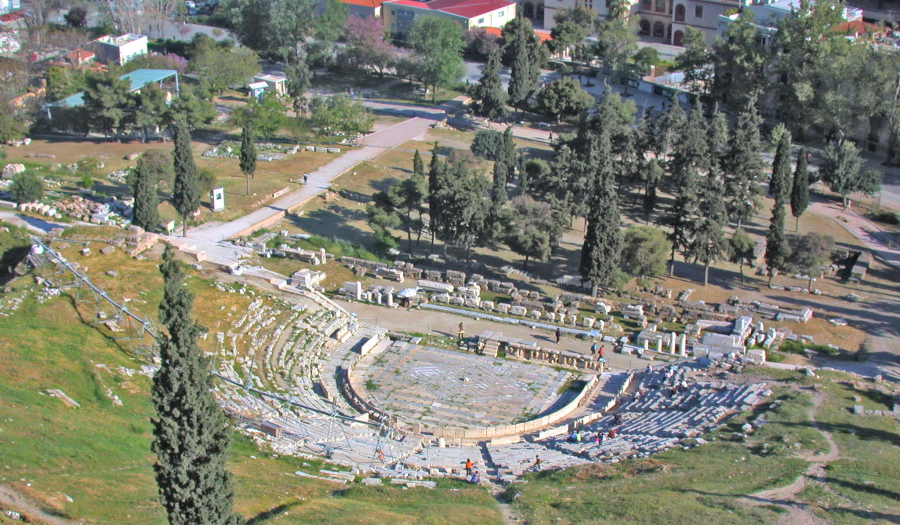 The modern town of Eretria has unfortunately built up over large parts of the ruins of the ancient city, instead of being settled nearby as often happened, which allowed so many of Greece’s ancient cities to be explored and excavated. However, there is still much to enjoy, both ancient and modern, though the best finds from the site are in the Archaeological Museum in Chalkida. 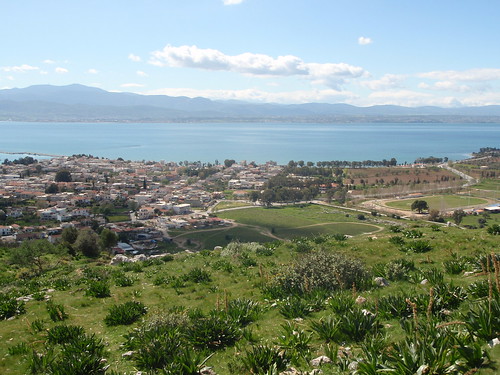 The View from the Acropolis

There are more finds on display in Eretria’s own Archaeological Museum, including a fearsome Gorgon’s head retrieved from a 4th-century BC villa. Nearby is the House of Mosaics, whose key can be obtained from the museum, and this is a restoration of a 4th-century house from ancient Eretria with well-preserved floor mosaics.

Also in this northwest corner of the town is a cluster of remains, including the theatre whose notable feature is a passageway under the stage that leads to the place out of which would suddenly appear the deus ex machina. This theatrical device is the unexpected event, which would often resolve a Greek drama, brought upon by the sudden appearance of the Gods who control our fate. 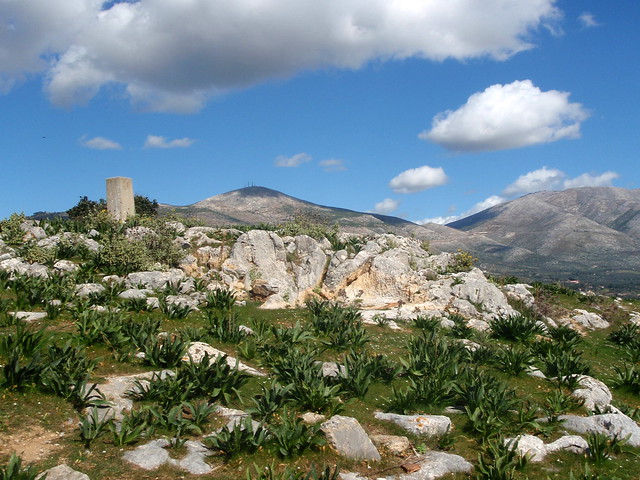 Other remains in this area include a gymnasium and the remnants of a palace. Above the theatre a short walk leads to the acropolis, with some remains of its walls and towers, but giving good views to the northwest over the Lelantine Plain, the fertile ground which was desired by both Eretria and Chalkida in ancient times. 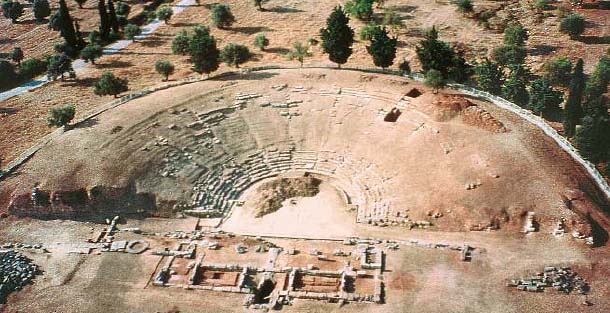 In the centre of the modern town can be seen the foundations of the Temple of Apollo, and the site of the agora. The modern town now sprawls along the coast as one of the island’s main resorts, given its proximity to Chalkida, but while the remains of the ancient city ought to be seen, the modern town is not the most appealing place to stay on Evia. There are far lovelier towns and resorts all around the island.