The Nomads of Greece

The two main nomads of Greece are the Vlachs, nomadic shepherds whose capital is Metsovo in the Pindus Mountains, and the Sarakatsani, shepherds in Macedonia and Thrace.

Few visitors realise, while lying on an Aegean beach or enjoying a meal in a 5-star hotel in Athens, that Greece is still home to small groups of nomads whose cultural roots go back thousands of years. There aren't many left these days, as of course it is a way of life that is dying out everywhere. However, they are still to be found in the more remote parts of Epirus, around the mountain town of Metsovo, and in the depths of the Pindus Mountains.

The Vlach Nomads of Greece

The largest group of nomads in Greece is the Vlachs, whose name is linked to the Romanian region of Wallachia. They were shepherds who led a nomadic existence, wandering throughout central and eastern Europe and down into the Balkans, travelling to wherever they could find the best grazing for their sheep.

The Vlach 'capital' in Greece has always been Metsovo, close to the highest road pass in the country, on the road between Meteora on the Thessaly plains, and Ioannina, the main town in Epirus (and one of our best scenic drives in northern Greece). Many Vlachs live in Metsovo today, but mostly they have settled into houses and no longer live as nomadic shepherds. Although their way of life is dying out, it's still possible to get a glimpse of a proud and independent people.

The Pindus Mountains around Metsovo

Some still do maintain their traditional way of life, taking their flocks of sheep down to warmer climes and better grazing in winter, and back up again to the cooler Pindus Mountains in summer.

Although nomads, these shepherds live in houses, simply migrating from one base to another over the year, unlike the Sarakatsani (see below), who carry their tents with them. In older times, a wealthy Vlach shepherd might have had as many as 10,000 sheep, though today the handful of flocks that remain and are moved between winter and summer pastures number only a few hundred.

Origins of the Vlach Nomads of Greece

No-one knows for sure where the Vlachs came from. One theory suggests that they were descendants of Roman legionaries who were stationed or settled in central Europe. Another theory is that the Greek Vlachs are native to the area, and the origins of their nomadic lifestyle go back to the Roman occupation, when the local mountain people would have been put to work as shepherds or as guards on the Via Egnatia.

The Via Egnatia connected Rome with the more distant parts of its empire, going through the Pindus Mountains, through Meteora, on to the important Balkan port of Thessaloniki, and beyond that all the way to Constantinople (Istanbul). When the Romans eventually left, the nomadic way of life continued.

The Romans left behind aspects of their language, too. The Vlach people have their own language, which still has many linguistic connections to Latin and Italian. In fact, Vlachs were often employed as interpreters when the Italian armies occupied these mountains during World War II.

The other nomads of Greece, and rivals to the Vlachs, are the Sarakatsani, who were also traditionally shepherds. They occupied the area of Macedonia and Thrace in eastern Greece, and even fewer of them survive than the Vlachs. The Sarakatsani are native Greeks and speak Greek. Some still move their flocks between the plains of Thrace in winter and the Pindus Mountains in summer. 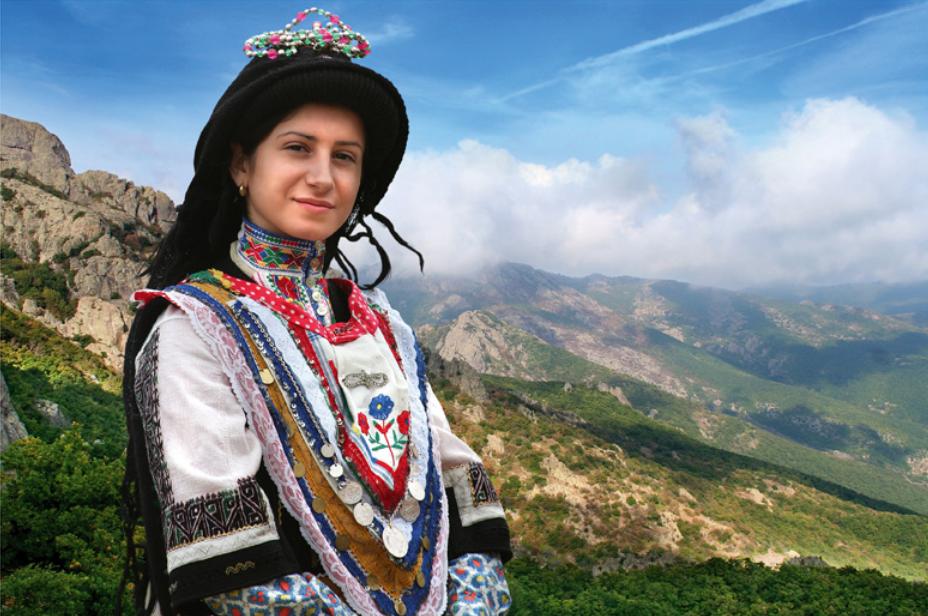 To learn more about the Sarakatsani, and to see their traditional costumes and tents, visit the Folklife and Ethnological Museum in Thessaloniki and the Museum of Greek Folk Art in Athens.