Athens is a top vacation destination and the Greece Travel Secrets Athens pages have information on hotels, museums, Athens airport and all the best things to do.

Athens: The Old Reflected in the New
Photo by Donna Dailey

Athens, Greece's capital city, is a top vacation destination. The Greece Travel Secrets pages on Athens havs information on Athens International Airport (including Athens Airport Hotels), car rental, the Athens weather (including what to do in Athens in the rain!), entertainment in Athens, the history of Athens, public holidays and events, Athens for kids, the best views in Athens, the best hotels, all of the best things to do in Athens - and much more!

Athens is one of Europe's top city break destinations. New chic boutique hotels seem to open every few months, there are now many fine-dining restaurants (some with Michelin stars), and some of the visitor attractions have had a major make-over in recent years too.

There are new museums, expanded museums, a sleek metro system, expanding pedestrian areas in the city centre, and the general buzz that you only get in a city where things are happening – good things. 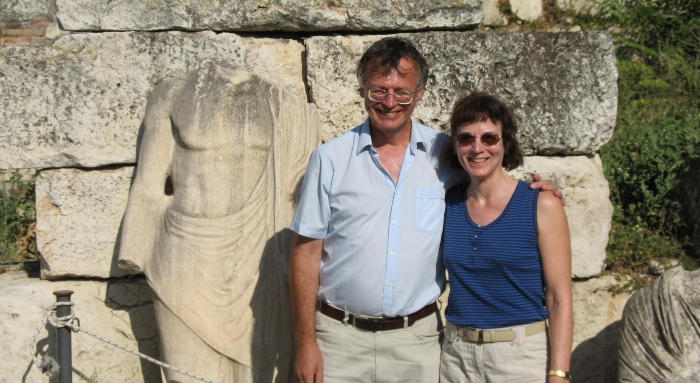 The Publishers of Greece Travel Secrets in Athens

Many people visit Athens as a shore excursion from a cruise ship, and others for a day or two as part of a longer vacation. In both cases the two must-see sites are the National Archaeological Museum and the Parthenon on top of the Acropolis.

There's usually time for a stroll around the streets of the Plaka, one of the oldest parts of Athens, although the Athenians themselves tend to prefer the newer areas like Psyrri and Gazi. You should also visit Syntagma Square, preferably timed so that you can see the Changing of the Guard.

Athens even has a mountain (well, technically a hill) right in the centre of the city. See our pages on Mount Lykabettos and on Kolonaki about how to get to the top. The other prominent hill, close to the Acropolis, is the Pnyx. Don't miss our page on the Pnyx, which we hope will make you want to visit it. You should!

What are the Ten Best Things to Do in Athens?

We encourage you to stay for longer, though, and try to fit in some other sites, including several brilliant museums, like the Museum of Cycladic Art, the Byzantine and Christian Museum, the War Museum, and the Benaki Museum.

We've visited Athens many times and have written several guidebooks to the city, including Essential Athens, Essential Spiral Athens, CitySpot Athens, and the Berlitz Guide to Athens. We love the city, and always have done.

Take a look at the website of Alternative Athens, who organise city tours and experiences with a difference: ceramics workshops, street art walks, enjoying a home-cooked meal with an Athens family... and more. You can read more about their tours and experiences on our Athens Walking Tours page.