Syntagma Square or Constitution Square is the main square in Athens and has a metro station, the Greek Parliament building, hotels, cafes, and a post office.

The main square of Athens, Constitution Square (or Plateía Syntagmatos in Greek), is one that every visitor should see – and at some point probably will. The metro station is one of the busiest in the city, and the square has newspaper kiosks selling foreign papers, several hotels, banks, ATMs, and currency exchanges.

There’s also a main post office, though its street address is Mitropoleos 2, just round the corner at the south-west corner of the square. Syntagma Square also has public toilets, and some outdoor sculptures to enjoy. In addition, this is where the X95 bus to and from the airport stops, along the southern side of the square, and local buses too. 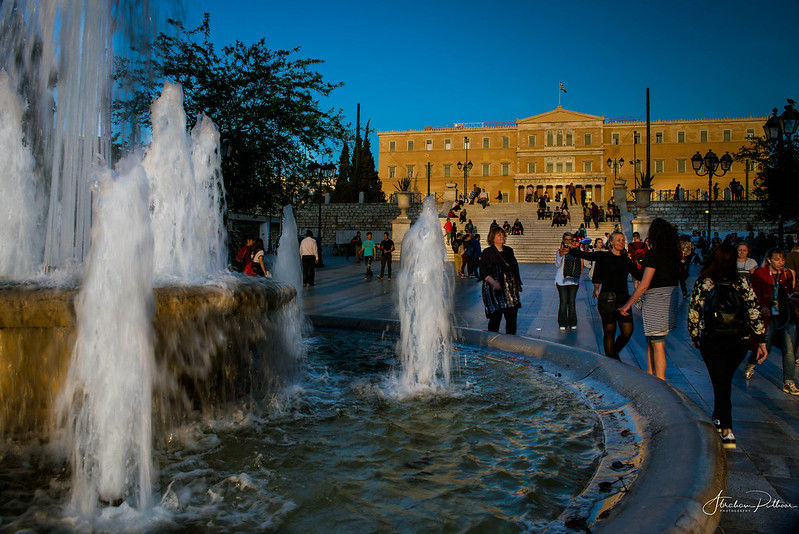 Small gardens, shady cafés and a fountain down one side all make for a pleasant break for Athens’ office workers at lunchtime, and for visitors too. You’ll pay a little more for your coffee but it’s the perfect place to hang out and people-watch. 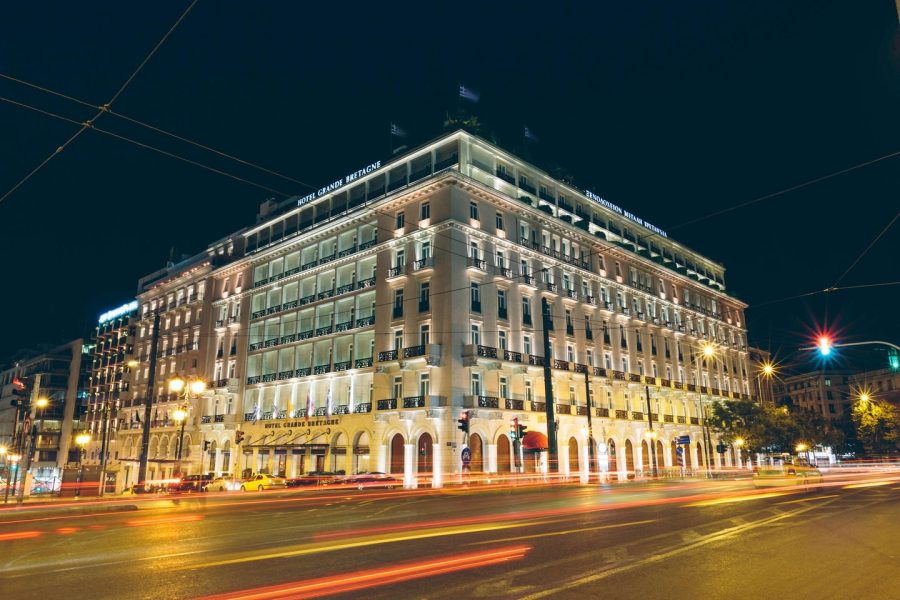 On one side is the distinguished Hotel Grande Bretagne, almost a tourist attraction in its own right. Richard Strauss, Elizabeth Taylor and Sir Winston Churchill have been among the guests. Churchill would have remembered the experience as it was during World War II and an attempt was made on his life there!

The hotel was built in 1862 as an annexe to what was then the royal family's summer palace and is now the Greek Parliament Building, or Vouli, at the top of the square. In front of this is the Tomb of the Unknown Soldier, guarded by the Greek soldiers known as Evzones, whose Changing of the Guard ritual is one of the most popular tourist attractions. It is an impressive, precise and dramatic routine, with the guards dressed in their colourful traditional costumes. 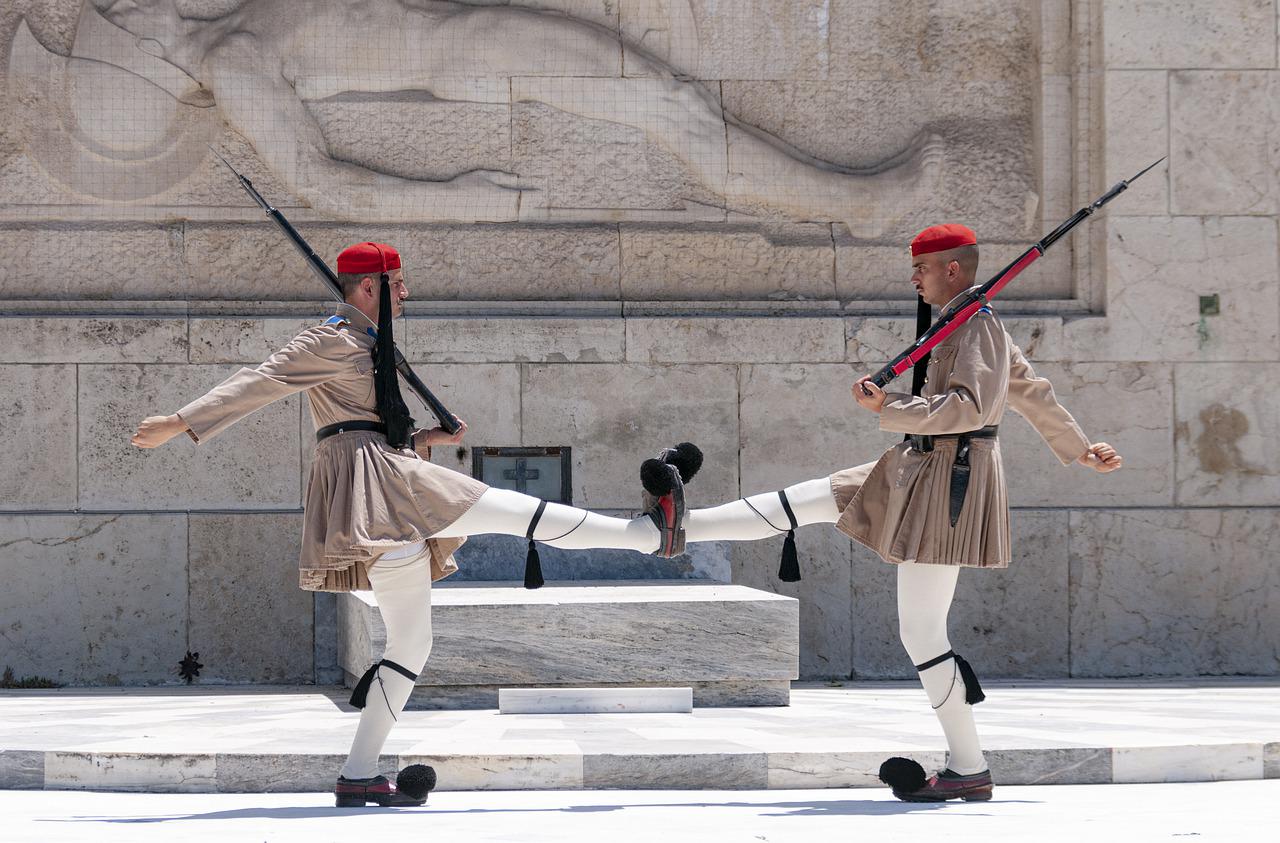 The Changing of the Guard on Syntagma Square

Syntagma metro station, the hub of an ever-expanding system, not only provides many useful transport links but also offers visitors a glimpse of what lies below the busy streets of the modern city. It features a display of archaeological finds uncovered during the excavations of the transport system, and a diorama of the square as it would have looked in the past.