Cape Sounion and the East Coast

The beach resorts of the Athens Riviera are easily reached from the city, and slightly further afield are places like Cape Sounion with the Temple of Poseidon, ancient Marathon, and the port of Rafina. 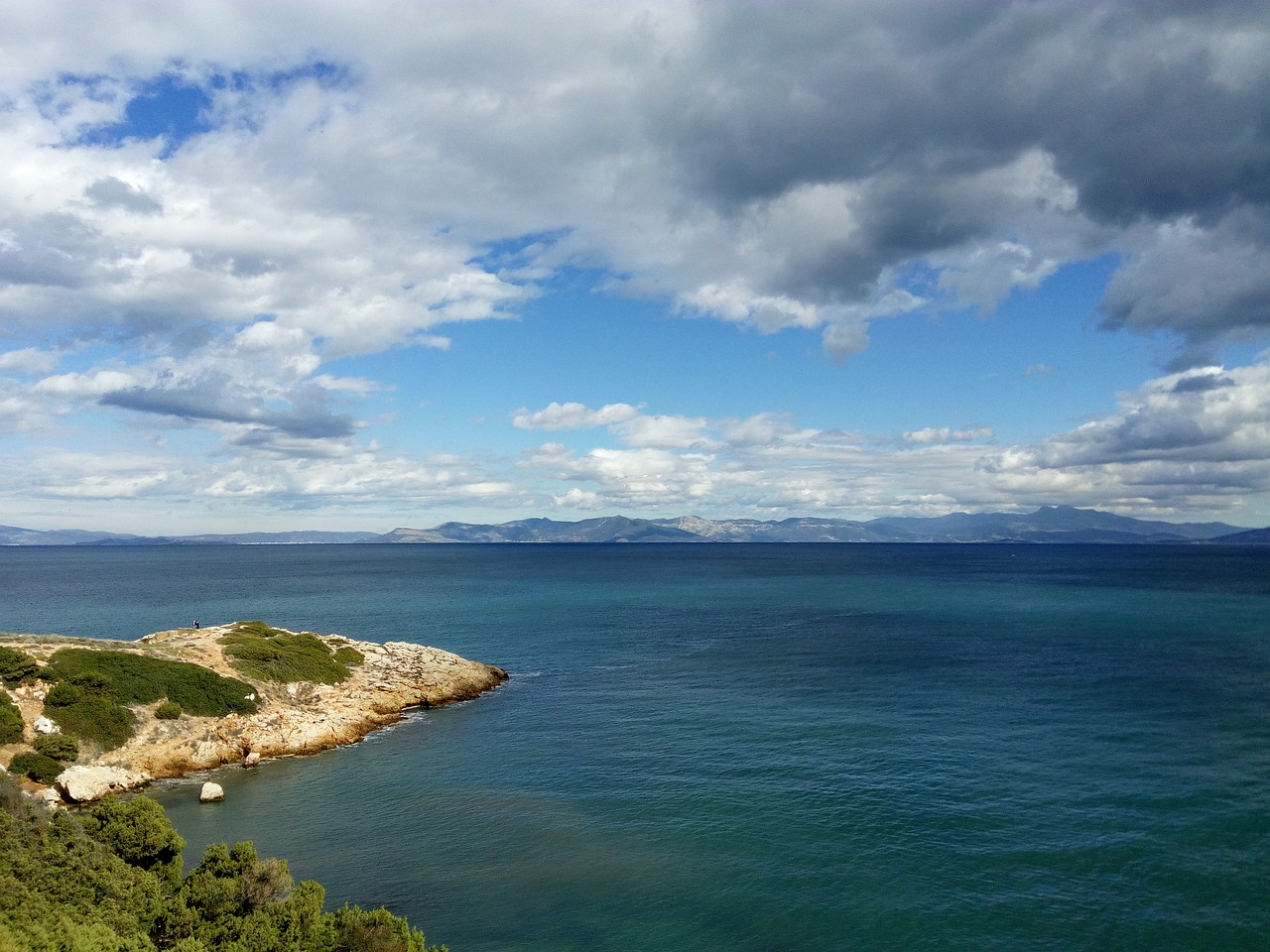 View from Rafina towards Evia

Athens is blessed with beaches on its doorstep and beautiful islands just a short ferry ride from the port of Piraeus. Visitors should do what the Greeks so and head for the beach playgrounds of the Athens Riviera in the city's suburbs as summer temperatures soar. You'll be in good company as everybody wants to cool off, and it reveals a very different side of a city better-known for its ancient sites.

For a day out from the city you need to head south and east. The first major resort, less than 30 minutes from central Athens, is Glyfada, which merges into Voula to the south. While neither could be described as a peaceful beach resort, if you're travelling with children and they want a break from the city, this strip of the Apollo Coast, also known as the Athens Riviera, will provide them with sea, sand, and entertainment. Parents can enjoy a seafood lunch at a waterside restaurant.

As you head south along the coast and further from Athens, the resorts are quieter and more spread out. Whether you travel along here by bus or rental car, there's no mistaking the magnificent spectacle of the temple that stands proud on the 200-foot (60-metre) headland of Akra Sounion (Cape Sounion). 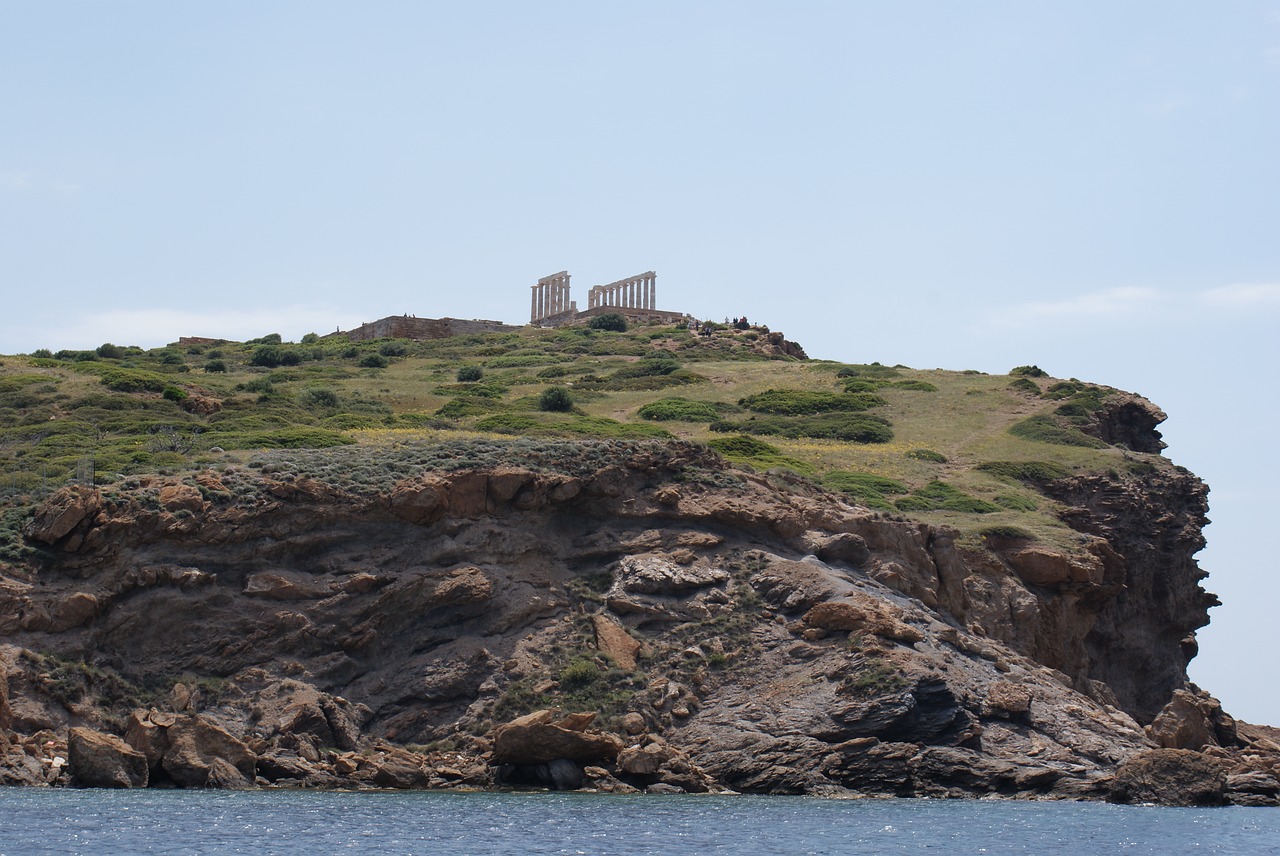 Temple of Poseidon on Cape Sounion

The Temple of Poseidon on the headland was built in 444BC out of local grey marble. Of the temple's original 34 columns, 15 are still standing to their full height, one of them bearing the initials of the British Romantic poet Lord Byron. Byron visited the site in 1810 and carved his initials on the column nearest the entrance. Unfortunately you won't be able to get close enough to see as the remains of the temple are now roped off to prevent further damage by the thousands of people who come here every year. Imagine if they all wanted to carve their initials!

The temple stands on the remains of an even older building, though to have dated from 490BC. The present temple is dedicated to the God of the Sea, Poseidon, and there could be no more fitting setting for it than this cape overlooking the Aegean Sea. The temple may have been designed by the same unknown architect responsible for the elegant Temple of Hephaistos in the Agora in Athens.

Temple of Poseidon on Cape Sounion

Cape Sounion is famous for its impressive sunsets, which often give breathtaking vivid blood-red and fiery orange skies. There's a perfectly-located café-restaurant here, so you can enjoy the sunset in comfort and have a nice meal or a drink here. Below the promontory is a beach with accommodations, if you choose to stay overnight.

You can get the bus here from central Athens. They run about once an hour and take about 90 minutes, so if you have several days in Athens, you could plan to spend a romantic evening out at Cape Sounion, and get the bus back the next day, as the best chance to avoid the crowds is to visit the temple when it opens in the morning.

The largest island near the cape is Kea, one of the smaller Cycladic islands and the closest of the group to Athens. From here if you look west towards the setting sun you should also be able to make out the island of Aegina in the Saronic Gulf Islands. What you see beyond Aegina, if it's clear, is the east coast of the Peloponnese.

Heading north from Cape Sounion up the east coast of Attica brings you to Lavrion. This small town may not look anything special today but it was famous in antiquity for its silver mines. These huge mines provided silver to make coins and helped to finance the building of Periclean Athens, the Golden Age of Athens. They also provided the wealth that paid for the Powerful Athenian navy which defeated the Persians and established Greece as one of the great maritime nations. The mines closed in the 19th century and a mineralogical museum in Lavrion tells the story.

The Mineralogical Museum of Lavrion

Further up the east coast is the more attractive - and today more prosperous - resort of Porto Rafti. Its lively fishing harbour, good restaurants and bars make it a popular weekend retreat for Athenians. Its harbor is one of the finest in Greece and just off the coast is the island that gives the port its name: Rafti.

There's a huge marble statue of a seated woman here, made in Roman times and used over the years as a safety beacon for ships. It's known as 'The Tailor' (raftis in Greek) because it is thought that the statue's hands (one arm is now missing) once held a pair of scissors. It's also possible that the missing arm once held either bunches of fruit or sheaves of wheat, as a symbol of fertility. It was from Lavrion that the first fruits of the year from the Greek mainland were sent to the sacred island of Delos.

If you head inland you come to the enjoyable market town of Markopoulon, which you can read more about on our Drive around Attica page. A few miles west of here is Koropi, which is noted for its extensive wine production. In particular it's famous for its production of retsina, the unique white wine of Greece that is flavoured with pine resin and which you either love or hate. See our separate page about retsina to learn more. On the southeast outskirts of Koropi is the church of the Metamorphosis Sotiras, which dates back to the 10th century and is therefore one of the oldest churches in Attica.

The port of Rafina, on the eastern coast of Attica, has increased in size and importance since the new airport was built east of the city, about a 30-minute drive from Rafina. It makes it much easier for foreign visitors to get to Rafina, which has ferries to the Cyclades, Dodecanese and other islands, than to go across the city to Piraeus.

The heart of Rafina is its old fishing harbour, which remains wonderfully picturesque and has been enhanced by the addition of many fine seafood restaurants, most with rooftop terraces overlooking the boats bobbing in the water below. Here you'll find Athenians relaxing and escaping the city's pace, especially on weekends, and demanding the best fresh fish, whether they plan to catch a ferry out to the islands or return to the city. Near the old harbour is also where you'll find the main ferry departure point. 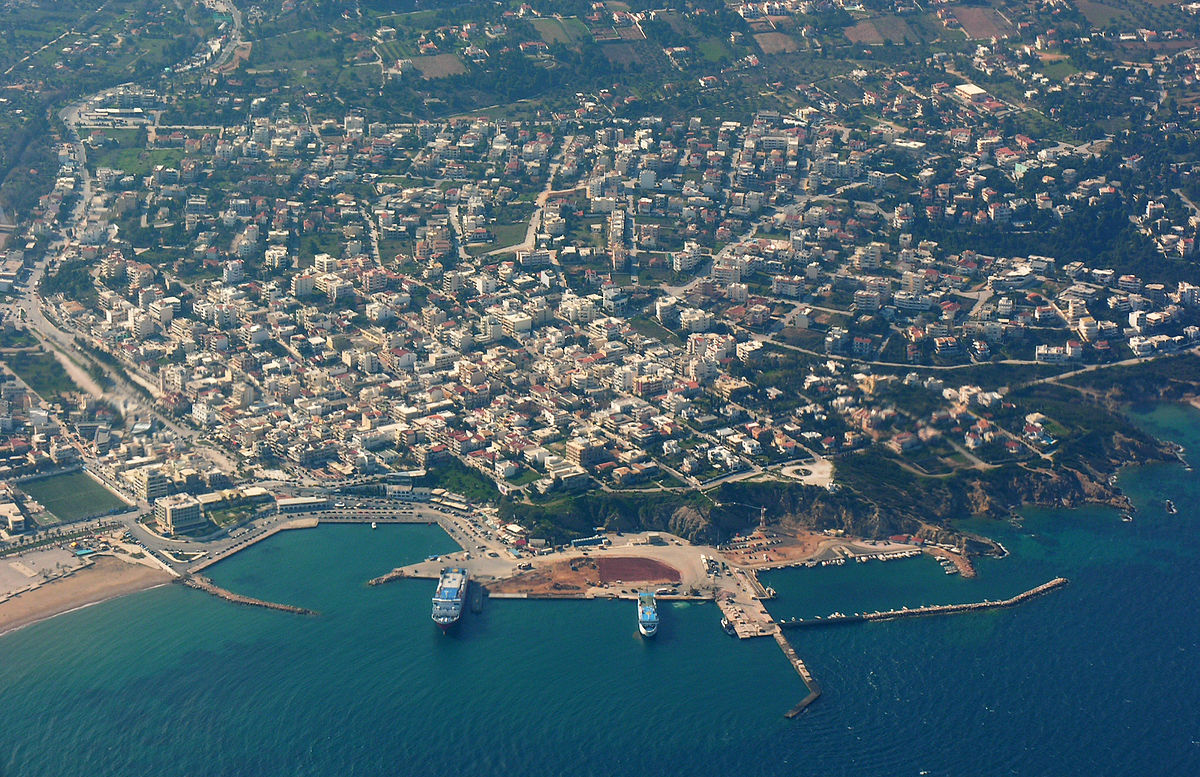 The Harbours at Rafina

Away from the town centre, coastal developments serve as a reminder that Rafina is a popular resort in its own right, and not just a port and gateway to the islands. There's no shortage of pleasant, affordable hotels, places to swim, and watersport opportunities. Several small beaches lie either side of Rafina, and the coast is dotted with vacation villas for Athenian residents. Beyond beaches, little remains from the old settlements that have always existed here.

Inland from the harbour and slightly uphill is the large main square, where you can escape the bustle of the harbour and feel like you're in any Greek town, with children playing while grandmothers watch them.

To the north of Rafina is another resort, Mati, slightly quieter and without the busy ferries and cars and crowds getting on and off them. From the slopes behind Mati a fabulous view takes in the Bay of Marathon. Nearby is a good bathing beach, Agios Andreas. If you're taking a ferry to or from Rafina, where hotels can get booked up well ahead, it's worth thinking about staying at Mati and taking a taxi for the 10-minute drive.