The ancient site of Marathon and the site of the Battle of Marathon are in Attica and naturally about 26 miles or 42 kilometres from the centre of Athens. 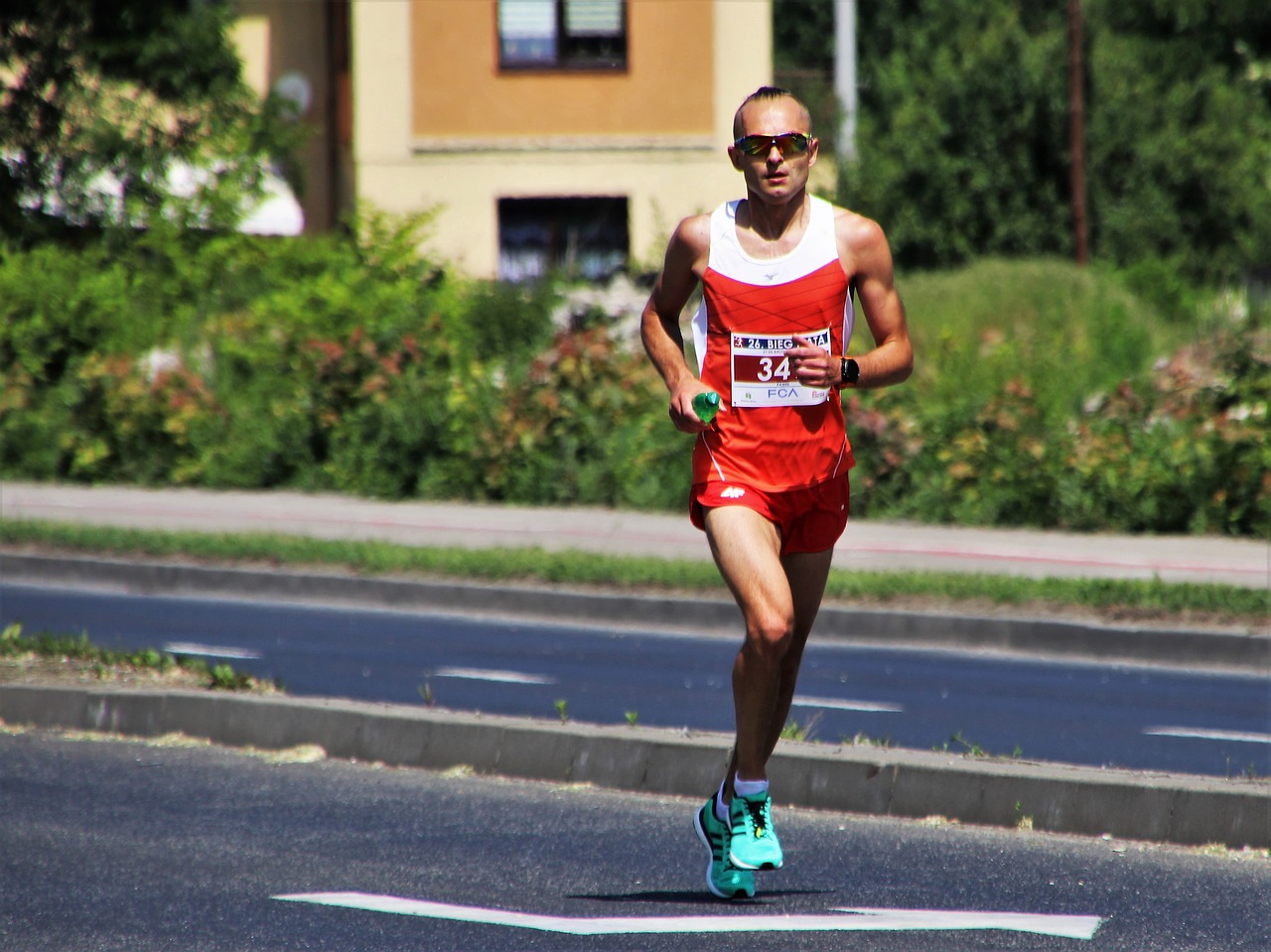 The word 'marathon' has passed into the language of the world and while the rough story of how a Greek village came to give its name to a long-distance race is well-known, the full details of that story may be less familiar.

The Battle of Marathon

In September of 490BC the Athenians were under attack and heavily outnumbered by the Persian army. No exact figures are known but it's estimated that as many as 25,000 Persian troops were fighting 10,000 Athenians. Persian warships brought their army ashore in the Bay of Marathon and they thundered onto the Plain of Marathon towards the outnumbered Greeks, who they probably expected to turn tail as the Athenians had never beaten the Persians in a battle.

The people in the city of Athens knew that their fate was being decided by soldiers on the plains of Attica and waited anxiously for news of the outcome. The Athenians duly fought for their lives and managed to defeat the Persian armies. The heroic and remarkable nature of the victory is indicated by the fact that some 6,400 Persians were killed while the Athenians lost only 192 men.

News of the victory was carried back to the city by one of the victorious soldiers, Phedippedes, who ran all the way from Marathon to the Acropolis in full armour, having already fought in the battle and in the heat of September. Unsurprisingly, he died on the spot from his exertions the moment he'd delivered the message.

The present-day marathon race of 26 miles 385 yards (42.195 kms) commemorates that brave feat, although the extra 385 yards were only added in the London Olympics of 1908 so that the finishing line of the race could be in front of the Royal Box. This was ratified as the official distance in 1921. Each October, the Athens Marathon is run over the probable route that Phedippedes took - minus the full armour and in slightly cooler conditions - and ends in the Panathenaic Stadium where the first modern Olympic Games were held in Athens in 1896. 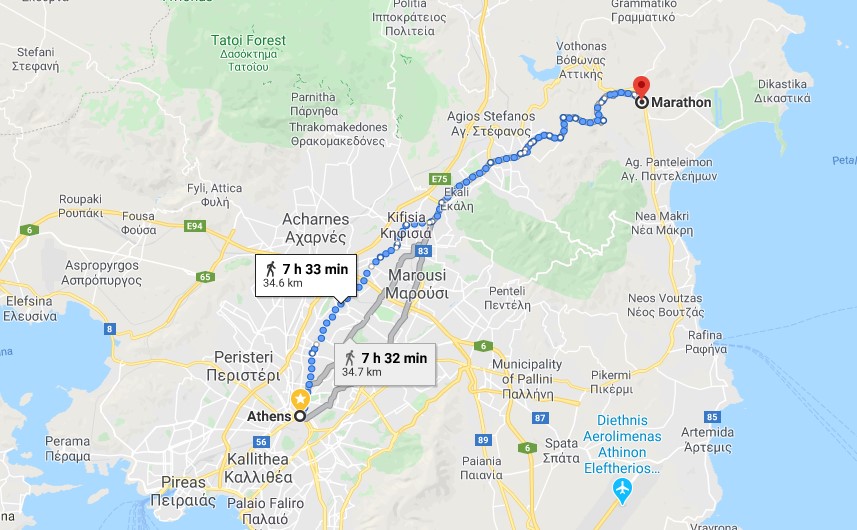 What we know of the Battle of Marathon comes from the Greek historian Herodotus, who recorded the events about 50 years after they happened. The Athenian dead were buried under a simple earthen mound that's only 33 feet (10 m) high but 590 feet (180 m) in circumference. Its very simplicity makes it all the more powerful.

The burial mound is about 2.5 miles (4 kms) south of the modern town of Marathon, down a side road that is off to your right if you are driving north towards the town. The site was originally marked by a gravestone that showed a soldier fallen in battle. This can now be seen in the National Archaeological Museum in Athens, with a copy on display at the site.

If you continue north towards Marathon, a left turn takes you to the Archaeological Museum. This small collection is well worth seeing. It displays items found on the field of battle, and on the estate of the wealthy arts patron Herodes Atticus (AD 101-177), who came from this area. The finds include statues, urns, gravestones, an unusual bronze mirror, and part of the memorial erected by the Greeks at the time to celebrate the victory.

Marathon is included on our Drive around Attica driving route.

Behind the museum you can climb up to the Mound of the Platalans, which was only discovered in 1970. Allies of the Athenians, the Platalans also joined in the Battle of Marathon. They lost 11 of their own soldiers, including a 10-year-old boy, and they are buried here in this mound.

Marathon itself is a fairly ordinary little town, worth a stop if you want to buy provisions or petrol but otherwise unremarkable. A short drive to the west of Highway 83 takes you past the impressive Lake Marathon. The reservoir owes its existence to a marble dam that was built in 1925-31 to trap the waters coming down from the Mount Parnitha range. Until the 1950s it was the main water supply for the city of Athens.

If your interest in the historical significance of this place is what has brought you here, you can still round off your visit by heading for some pleasant small beaches along the coast, the best being at Schinias.