Six of the Best Beaches in Greece

Greece Travel Secrets chooses six of the best beaches in Greece including beaches on Corfu, Santorini, Crete, Lefkas, Kefalonia, and on the Peloponnese. 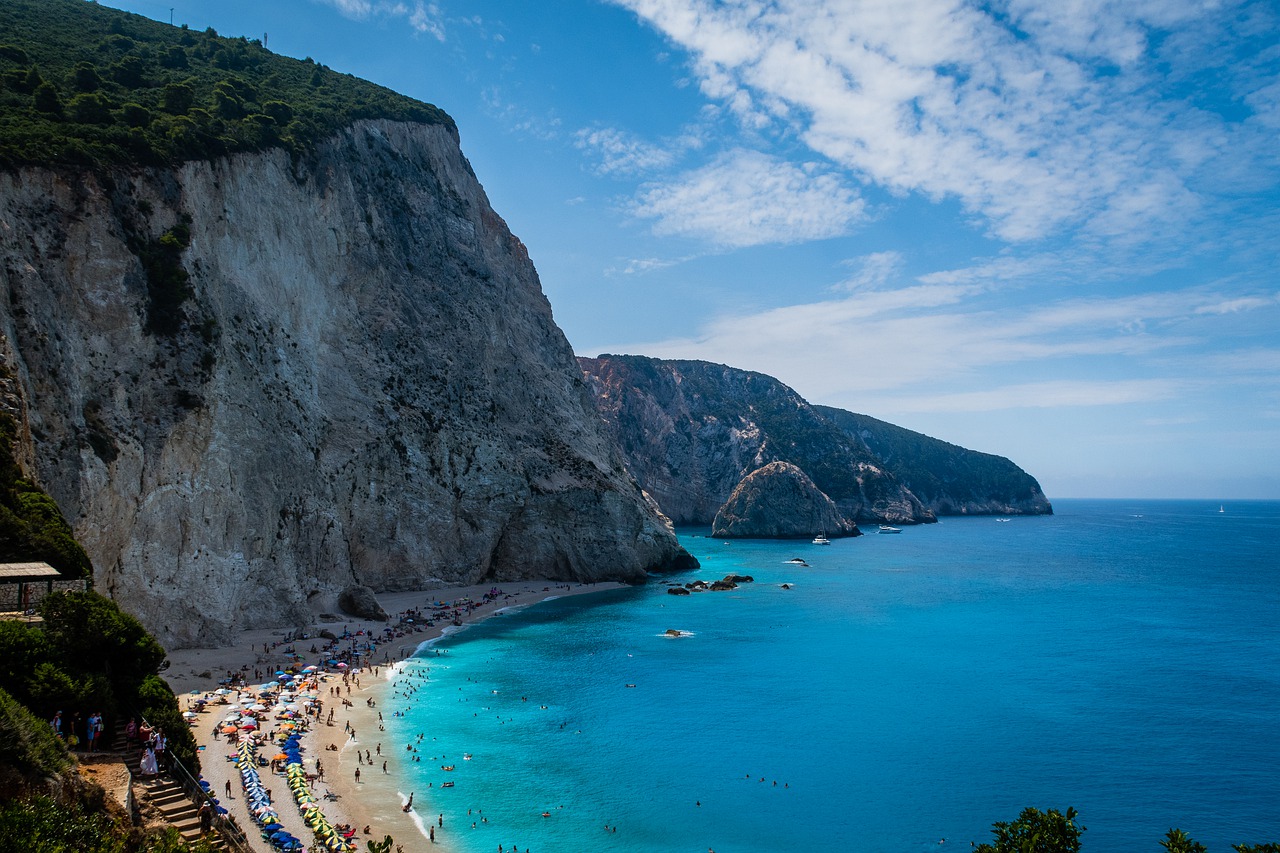 Greece has between 1,200 and 6,000 islands, depending whether you classify a large rock as an island or not. Of these, around 200 are inhabited. Because of all these islands, Greece can boast about 15,000 kms (9,300 miles) of coastline, which is – incredibly – more than China has got. But as far as we know, no-one has yet taken on the task of trying to count Greece’s beaches. The irresistible urge to lie down on each one and go for a swim would probably make it a lifetime’s work.

So, trying to choose just six of the best beaches in Greece is impossible, but nevertheless it’s been fun to try. Here they are, in no particular order.

Six of the Best Beaches in Greece

Myrtiotissa, just north of Glyfada on the west coast of Corfu and a half-hour’s drive south from Paleokastritsa, has the rare distinction of being described by author Lawrence Durrell as ‘perhaps the loveliest beach in the world’. He used to go there with his writer friend Henry Miller and wrote about it in his book about Corfu, Prospero’s Cell.

That was back in 1945, and apart from being busier now the beach is little changed today. High cliffs backing the strip of sand prevent development, and a tiny monastery still sits at the end of the bay, providing an almost timeless Greek scene. The waters here are the deepest Ionian blue, the swimming is good, and one section is popular with those who like to dispense with their swimming costumes, as Durrell and Miller did. 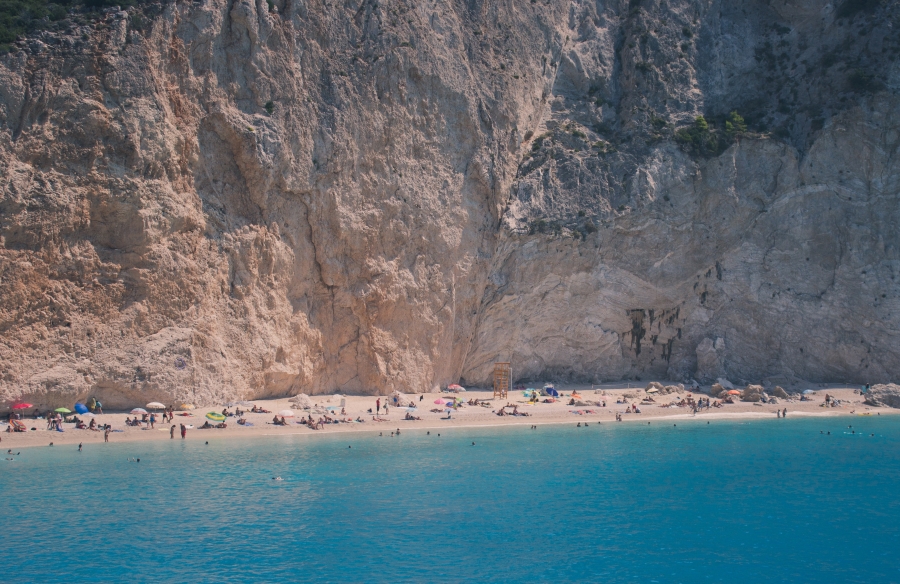 The Ionian Islands have some of the finest sandy beaches in Greece, which is why they’re well-represented in our short list. Lefkas alone can claim not one but two beaches which have been described as being among the best in Europe. Both are in the southwest corner of the island and take a little getting to, unless you take one of the popular boat trips out to them.

Our own favourite is Porto Katsiki, which is marginally more accessible as there are only about 100 steps down to it rather than the 325 at the other top choice, nearby Egremni (see the photo at the top of the page). It’s fine going down but quite a haul up climbing back up again at the end of a long, hot day. The reward at Porto Katsiki is a long sliver of sand backed by huge towering cliffs and deep-blue water stretching to the horizon. Bear in mind, tough, that Porto Katsiki gets very busy in the summer, and there’s not much room.

Even if you’ve never been to Greece you’ve probably seen Myrtos Beach on Kefalonia’s west coast, near the little town of Divarata. Myrtos has been used in advertising campaigns as an achingly beautiful beach, designed to entice people to come to Greece. It can hardly fail. From Divarata a road winds down for more than 3 kms (1.9 miles), and you’ll want to stop on the way to take photos.

Myrtos is a wonderful huge crescent of silvery sand in a horseshoe bay, where the turquoise-clear water shows how clean the sea is here. Up close the beach turns out to be a mix of pebble and sand, and there’s a small taverna providing drinks and snacks. It’s safe to say that in summer it’s not a beach to go to if you want to be alone. We made it one of our Best Things to Do on Kefalonia.

With its black, volcanic sand, the beach at Perissa on the southeast coast of Santorini is certainly one of the most visually dramatic in the whole of Greece. It runs for almost 7 kms (4.3 miles), culminating in one of the rocky outcrops that make Santorini look so stunning and unique.

The size of the beach is just as well as it is also one of the most popular beaches on the island and has lots of facilities including several places to eat and drink, camping, watersports and a diving club. You can find some precious shade under the trees at the back of the beach, otherwise there are beach umbrellas and sun loungers to rent.

Vai Beach in the northeast corner of Crete is the one that gets all the attention, being palm-fringed and looking more North African than Greek, but in the southwest corner of the island is to our minds the even more appealing and very Greek beach at Elafonissi.

At the end of a rough but perfectly drivable track, Elafonissi is a sprawl of sandy beach that’s a delicate pinky-white colour, with sand bars, an offshore island you can wade to, and a handful of places selling snacks and drinks. It attracts large crowds and it’s a popular spot for boat trips from elsewhere on the island, but despite the crowds it still has great character and acres of shallow and warm turquoise water.

On the eastern side of the Messinia peninsula, which is the westernmost of the Peloponnese’s ‘three fingers’, is Koroni. It’s one of the most attractive towns in the southern Peloponnese, and if you climb up to the Venetian citadel and down the other side you reach the expanse of Zaga Beach.

It’s only a couple of kilometres or so in length (1.25 miles), not much by Greek beach standards, but with vineyards on one side, clear blue waters on the other, and sand and a rainbow-coloured array of pebbles beneath your feet, it has an irresistible charm all its own. Read our review of the Bradt Guide to the Peloponnese.