Kefalonia is the largest of Greece's Ionian Islands and attractions include Myrtos Beach, the pretty village of Fiskardo, Drogarati Cave, and Melissani Cave. 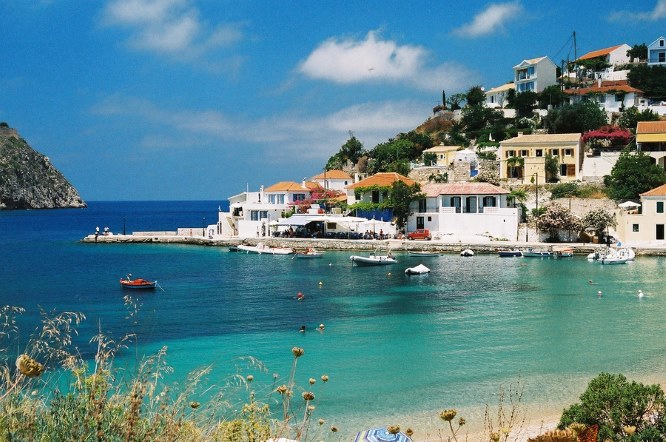 Although Corfu is the best known of the Ionian islands, and the administrative centre, Kefalonia is by far the largest at 781 sq km (302 sq miles). Within that area it contains a wide variety of landscapes and features, from picture-perfect beaches often used in Greek tourism advertising campaigns, to mountains and castles and remote monasteries. It really is an island where there is sure to be something to appeal to every visitor. 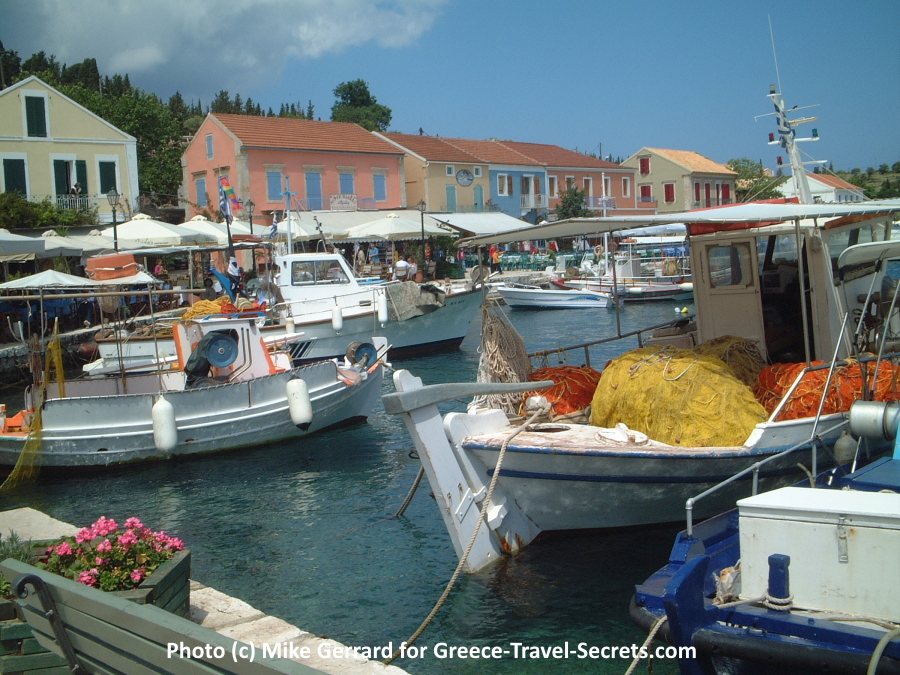 Sadly large parts of the island were badly affected by the shattering earthquake in 1953, including the capital Argostoli, and so not many old houses remain. The one town that did survive, on the far north corner of the island, was Fiskardo. This shows what a beautiful place the whole island would have been if not for the natural tragedy, as its 18th century mansions in bright colours all cluster round the harbour. They have turned Fiskardo into a fashionable resort, expensive by local standards, but it is a memorable place to stay, with a lively atmosphere and good restaurants. 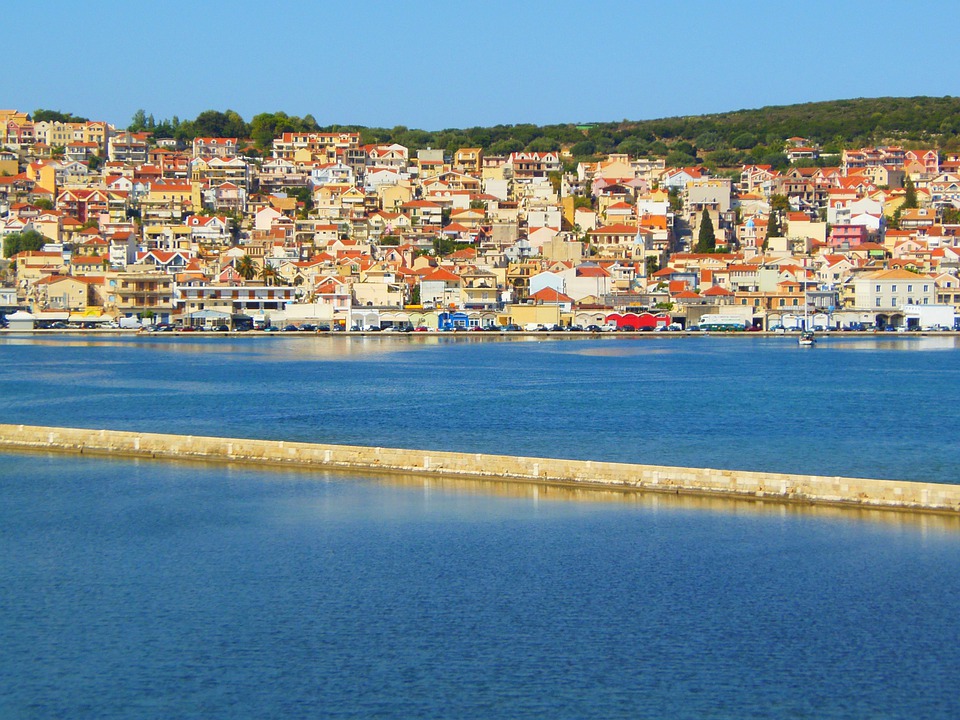 To find out what life was like before the earthquake, and indeed during it and the immediate aftermath, visit the Historical and Folklore Museum in Argostoli. This is a superb museum by any standards, with emotional displays dealing with the quake, but also a large collection of furniture, costumes, historical documents, paintings and recreated rooms. The capital also has an Archaeological Museum with some good exhibits, and a room devoted to the Mycenean finds that have been made on the island.

Argostoli is a pleasant town with a busy port area, a good market nearby, fishermen selling their catch from their boats by the waterside, waterfront tavernas and a lovely view across the bay to tree-filled slopes on the far side of this strangely-shaped island. The bay is crossed on the Drapanos Bridge, a flimsy-looking structure that nevertheless survived the earthquake. It was built by the British in 1813 to make access to the island's second town, Sami, much easier. 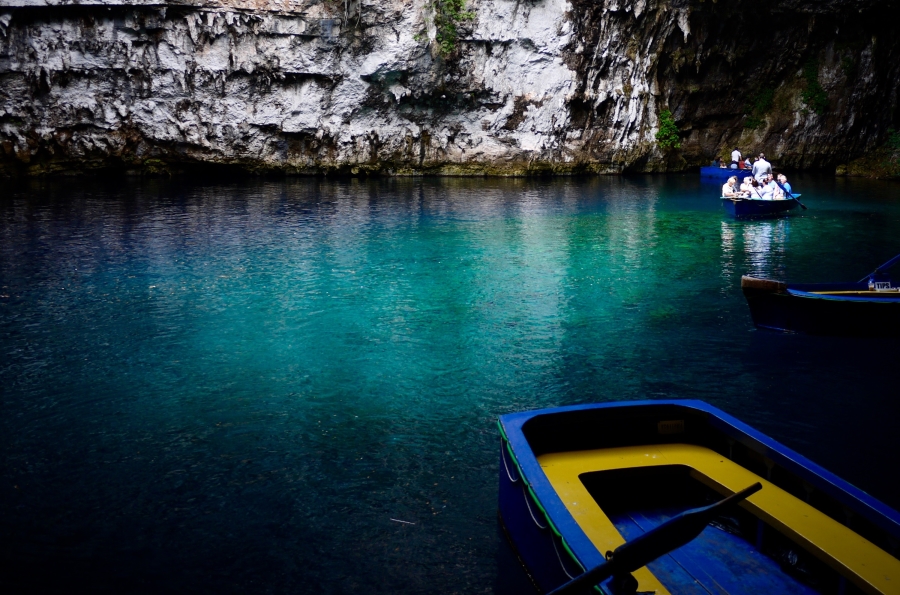 Sami is on the west coast and the road to it passes the Drogarati Cave, a show cave where steep steps take you down to one huge chamber, so big and acoustically perfect that concerts are held inside it in the summer. It is definitely one of the better show caves in Greece, even if you feel you have seen more than your share of strangely shaped stalactites already.

Another cave to the north of Sami is very different. The Melissani Cave is an underground salt-water lake, though the roof of the cave has fallen in so it is illuminated by shafts of natural light. The name translates as the purple cave, but it is usually a wonderful deep blue, and boats take visitors out onto the water for a closer look at this haunting place, which used to be a sanctuary to the god Pan. 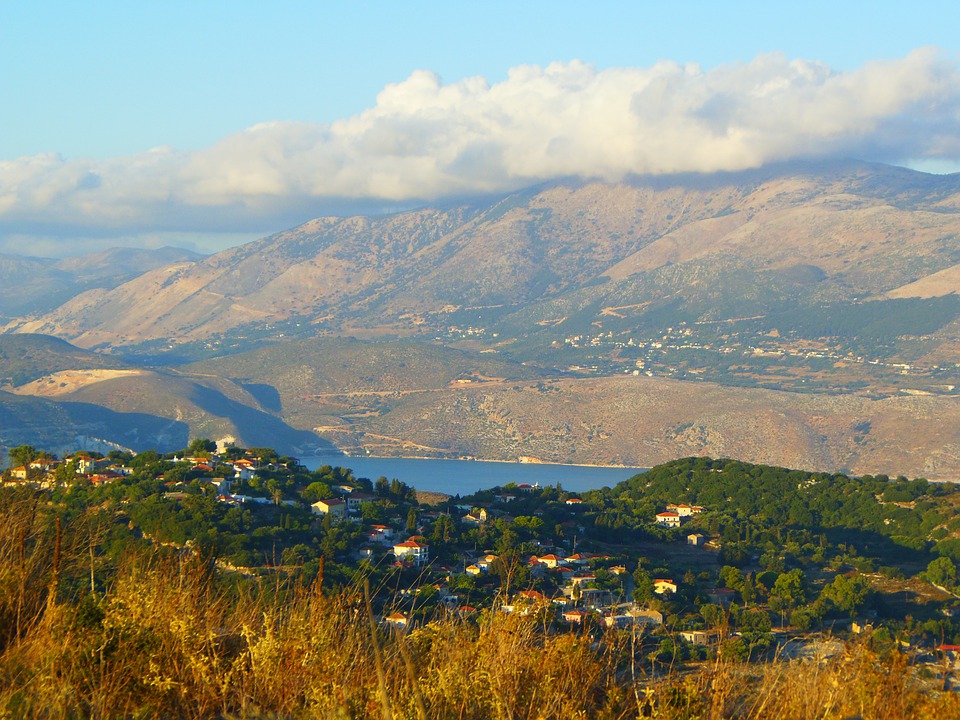 Kefalonia Away From The Beaches

There used to be a sanctuary to Aenios Zeus on top of Mt Ainos, which is the highest point on the island at 1630m. You can drive to the top but the latter part is a very rough road and many people leave their cars partway up and continue the journey on foot. The views from the top are naturally impressive, and the whole area is covered in the indigenous fir tree, the Abies cephalonica. The region is one of Greece’s National Parks and is also home to a species of wild horse, which you might be fortunate and see. 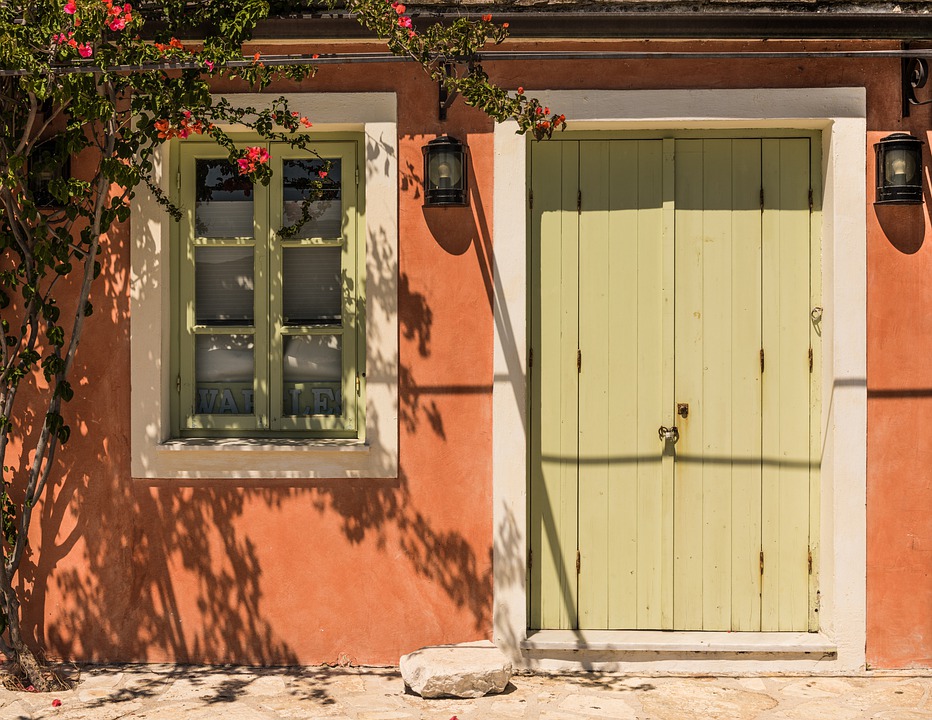 Northwest of the mountain is Kastro, the former capital of Kefalonia. Kastro normally means a castle, but in this case it is the name of the village which grew up around the mainly 16th century Venetian fortress of Agios Georgios, from whose walls there are also excellent views and the whole of the huge overgrown interior is worth exploring.

So too is the rest of the island, with the beach at Myrtos on the west coast one of the most beautiful beaches in the Ionians, if not the whole Mediterranean. There are many other gorgeous beaches, and while the tourism remains concentrated around Lassi and a few other south coast resorts, the rest of this large island rewards the more adventurous traveller. In fact Myrtos Beach made our list of Six of the Best Beaches in Greece.

How to Get to Kefalonia

Kefalonia does have an airport and there are charter flights from many European destinations in the summer. There are also flights to Athens and (seasonally) to Thessaloniki with Aegean Airlines. Sky Express flies to Preveza (for Lefkas) and to Zakynthos.

There are ferries to Kefalonia from some of the other Ionian Islands (though not direct from Corfu), and from some of the mainland ports too. Note that Kefalonia has several ports, including Sami, Fiskardo and Pessada, so always check where your boat will be arriving or leaving from.

To get from Pessada to Fiskardo involves driving the entire length of the island, a trip of about an hour if driving direct, and much longer is using the bus as you have to go into Argostoli and change buses.

From Pessada there are daily ferries in summer going south to Zakynthos. From Sami on the east coast ferries go to Patras on the Peloponnese and to the island of Ithaca.

From Fiskardo there are ferries to Ithaca and north to Lefkas. As with everywhere else in Greece, ferry timetables and ports do change, with more sailings in summer than in winter, so always double-check your information and plans.

See also: The Best Things to Do on Kefalonia

Where to Stay on Kefalonia