Ithaca is one of the smaller Ionian Islands, very close to Kefalonia, and great if you want to get away from it all and relax. It's well-known for being the legendary island of King Odysseus, whose adventures are told in Homer's Odyssey. Although there are no hard facts to support this, there's plenty of circumstantial evidence and some archaeological finds on Ithaca which back up the theory. 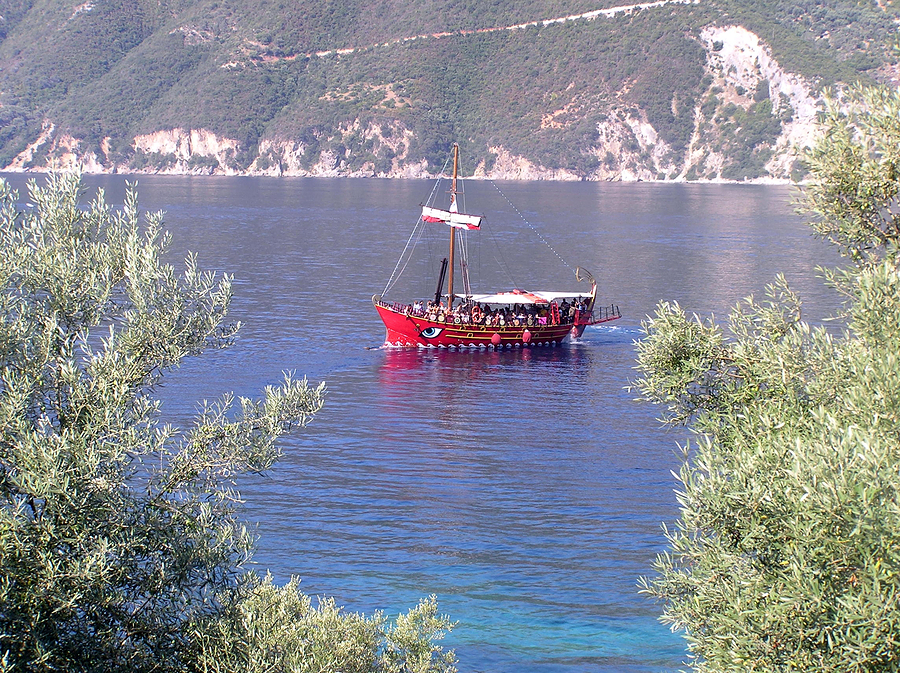 If you let The Odyssey be your guidebook you will recognise Ithaca from Homer’s description, being narrow and rocky and with a heavily indented coastline. The symbolic Ithaca exists too, the notion of a homeland to which we all want to return, and a sign in the port greets visitors with the reminder that ‘Every traveller is a citizen of Ithaca’. If you bring any thoughts like this with you at all, then arriving at Ithaca is like arriving at no other island.

On approach it looks forbidding and barren, with high rocky hills, perhaps having a haunting covering of mist at certain times of the year. Ferries arrive in several different places, calling at Frikes in the north if coming on the Lefkada-Kefallonia route, while other ferries from Kefallonia or the mainland port of Astakos call either at Piso Aetos Bay in the shadow of Mt Étos, or at the deeply-indented bay at the capital, Vathi.

To arrive at Vathi is itself something special, as the boat sails into the picturesque fjord-like harbour, past the remains of two French fortresses built in 1805 to guard the harbour entrance. There are mountains on either side, and the ferry passes the lovely little island of Lazaretto, covered in trees. Lazaretto was made into a quarantine station by the Venetians in 1668, then used as a prison from 1864 onwards, although today it only contains a small chapel. At the far end of the horseshoe bay is the welcoming sight of the tiny main town.

Although ferries arrive daily it is still an event on the island, with people waiting to greet friends and family, or offering rooms to visitors. There are a handful of hotels and pensions too, and plenty of eating places, especially around the harbour. Despite its rich history in legend, not too many remains have been found which shed any light on whether there might actually have been a palace here belonging to Odysseus, though the locals will insist that this was certainly the case and it is only a matter of time before it is proved. They may well be right. 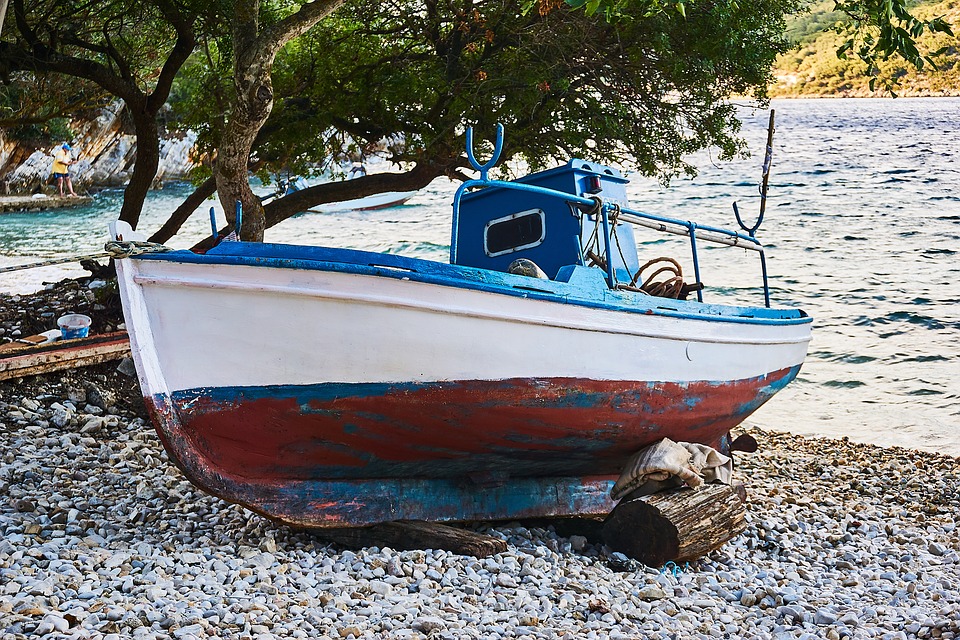 The island certainly trades well on its Homeric connections, and several sites have been linked with episodes in The Odyssey. A local map will guide you to some of these, which are pleasant places to visit in their own right, with or without a legendary link. Four kilometers (2.5 miles) from Vathi is the Cave of the Nymphs, and it is about 11km (6.8 miles) to the Fountain of Arethusa. 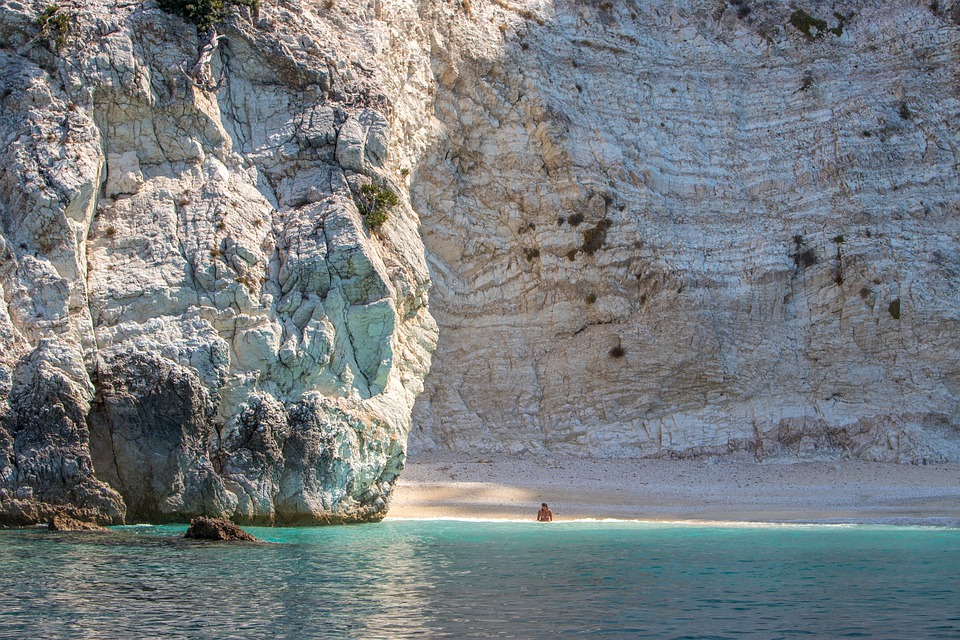 In Vathi itself there is a small Archaeological Museum with a few Mycenean finds, and next door to it is the Library, which collects editions of Homer, including a rare Japanese edition from 1600. There is also a charming little Folklore Museum, with displays on local life. The other place of note in the town is the church of the Taxiarchos, containing an icon of the Crucifixion said to have been painted by a young El Greco.

In the south of the island the only other settlement of any size is the village of Perachori, which stands at 300m (984ft) on a fertile plain where most of the island’s vineyards are to be found. From here a rough track leads around the slopes of Mt Stefano (648m/2,126ft) to the stunningly set Monastery of the Taxiarchis. This was originally built in the 17th century but destroyed in the huge earthquake of 1953, with its church later rebuilt. 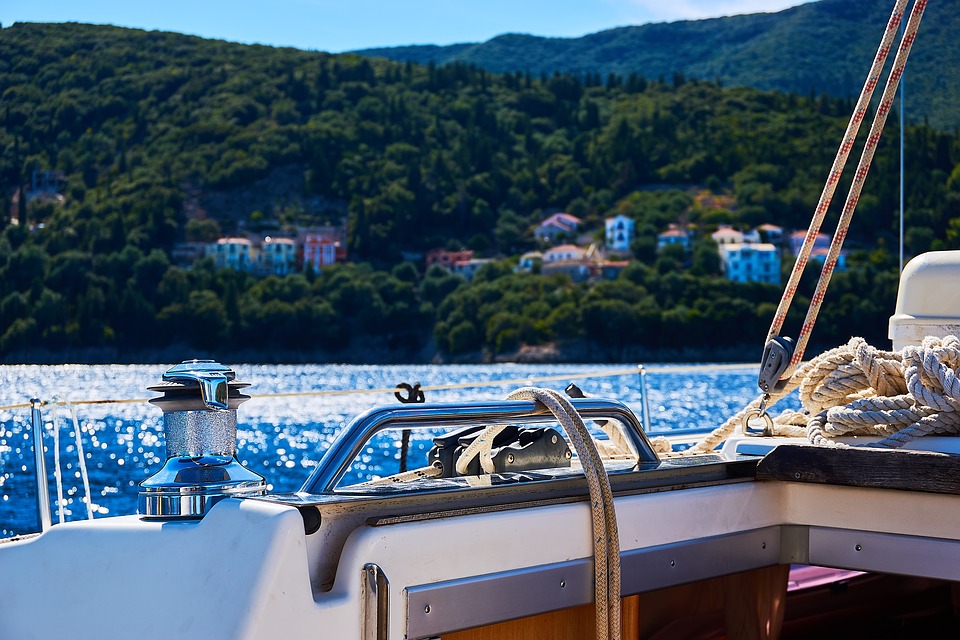 The second largest town on the island is in the north, Stavros, a lively market town in the hills, where a statue of Odysseus stands. On the edge of the town is a small Archaeological Museum with more local finds including a part of a mask on which the word ‘Odysseus’ can be seen. It was found at nearby Pelikatas Hill, where there are the remains of a building which is the closest anyone has come to establishing a possible location for the Palace of Odysseus, if such a thing did exist in reality. Down the hill from Stavros is the delightful small resort of Frikes, from where ferries take the visitor away again after their Ithacan odyssey,

There is no airport on Ithaca, and the easiest way to get there by plane is to fly to Kefalonia and take the ferry, or take a flight to Lefkas and catch the ferry from there. There are numerous cheap charter flights to Kefalonia and Lefkas in the summer holiday season. Kefalonia also has flights from Athens and other Greek destinations.

For a small island, Ithaca is quite well served by ferry connections. In the summer holiday season daily ferries go from Ithaca to the islands of both Kefalonia and Lefkas, to Astakos on the west coast of northern Greece, and also to Patras in the Peloponnese on the Greek mainland. Ferries from Kefalonia take about 60-90 minutes, depending which two ports you are travelling between. Ferries to Lefkas take about 90 minutes.

Note that ferries go from different ports on Ithaca:

Where to Stay on Ithaca