Greek literature has influenced the world, from the works of Homer, called the world's first novelist, through its great poets and dramatists to modern authors. 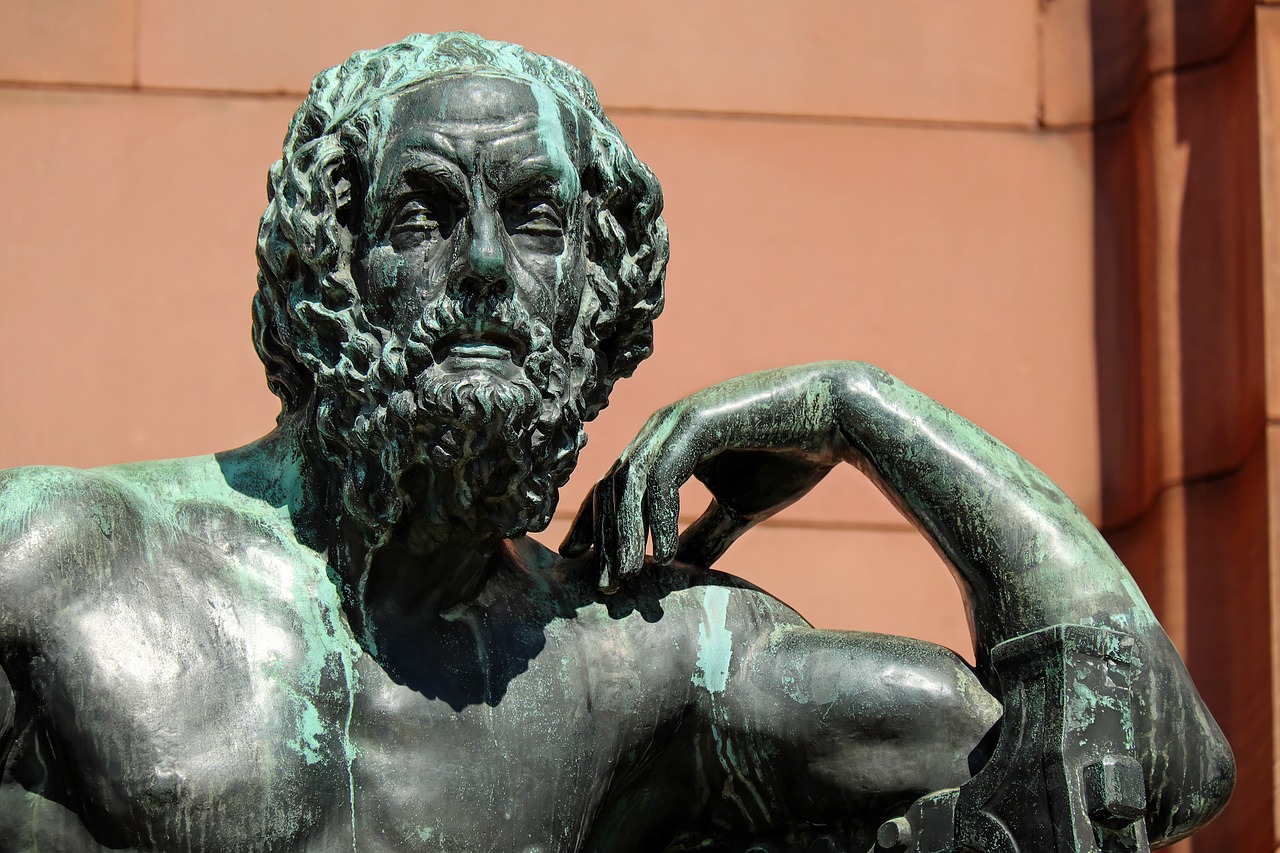 Statue of the Blind Homer

The influence of Greece on the literature of the world has been profound and the country's literary past resonates down through the centuries. Modern literature has its roots in Homer, and those roots still nourish Greece's - and the world's - literary tree. Arguably the greatest novel of the 20th century was Ulysses, by the Irish writer James Joyce, who based the plan for his complex and experimental book on Homer's The Odyssey.

It could be said that the Greeks invented travel writing, too, as the first such book was Hellados Periegesis (Description of Greece) by the historian and traveller Pausanias, who lived in the 2nd century AD and provided this guide for Roman visitors to Greece's classical sites. Yes, tourism goes back that far! Pausanias's book is as useful today as it was back then, as indeed are several books by historians that give us literary accounts of life in ancient Greece, notably the Histories by Herodotus (circa 484-425 BC) and The History of the Peloponnesian War by Thucydides (circa 460-400 BC).

The Father of History

Herodotus has been called the Father of History, and his book is regarded as the first major work of nonfiction, just as Homer produced the first major works of fiction. Herodotus's book slightly predates Thucydides's The History of the Peloponnesian War. It includes sections on the Persian Wars (490 and 481-479 BC) but also illuminates life in those days with accounts of legends, customs, beliefs, traditions, and everyday events that bring the period vividly alive once again.

The value of Thucydides's book is immense for several reasons, not least because of the chronicle it gives of the war itself. Though Thucydides participated in the war as an Athenian commander, he also saw the value of recording events, and of trying to give an objective rather than partisan account. He interviewed combatants and quotes the speeches of the leaders in a manner that serves as a template to this day.

The great Greek poets, from Homer to Elytis, are described on our Great Greek Poets page. We also have a page on Greek Drama, covering writers such as Aeschylus, Sophocles, and Euripides. Another page covers Cretan writers and artists, including the towering Greek literary figure of Nikos Kazantzakis, author of Zorba the Greek and many other fine works.

Greece has many other fine writers that are perhaps less well-known to the outside world, simply because of the language they write in. The enterprising Athenian publisher Kedros has published a superb series called Modern Greek Writers, translating some contemporary works into English for the first time.

Greek writers still battle with the big themes, as shown by Dido Sotiriou (1909-2004) in her novel Farewell Anatolia. A best-seller in Greece since it was published in 1962, the book recounts the forced exchange of Greek and Turkish populations in 1923. Its publication in a Turkish translation in 1970 was welcomed as providing a greater understanding of the suffering on both sides, and in 1990 the author was awarded the highest literary award in Greece, the prize of the Academy of Athens.

Eugenia Fakinou (born 1945) is another female writer whose books deal with what it means to be Greek. Her first novel, Astradeni, has remained in print in Greece since it was published in 1982, and has also been translated into English. It tells a tale familiar to many Greeks, of a family forced by circumstance to leave its island home to move to Athens in search of a better life. The young girl who tells the story, Astradeni, depicts the changes with the bold and simple gaze of a child.

Petros Abatzoglou (1931-2004) wrote several novels and collections of stories, but for an outsider perhaps the most interesting would be What Does Mrs Freeman Want? It gives the Greek perspective on a pair of English tourists who come to soak up the sun, while the book's narrator observes them and soaks up the ouzo.

Other Greek writers and artists pages