Top Ten Things to Do in Greece

The Top Ten Things to Do in Greece include seeing the Acropolis and Parthenon, visiting the National Archaeological Museum, and seeing ancient sites like Knossos on Crete. 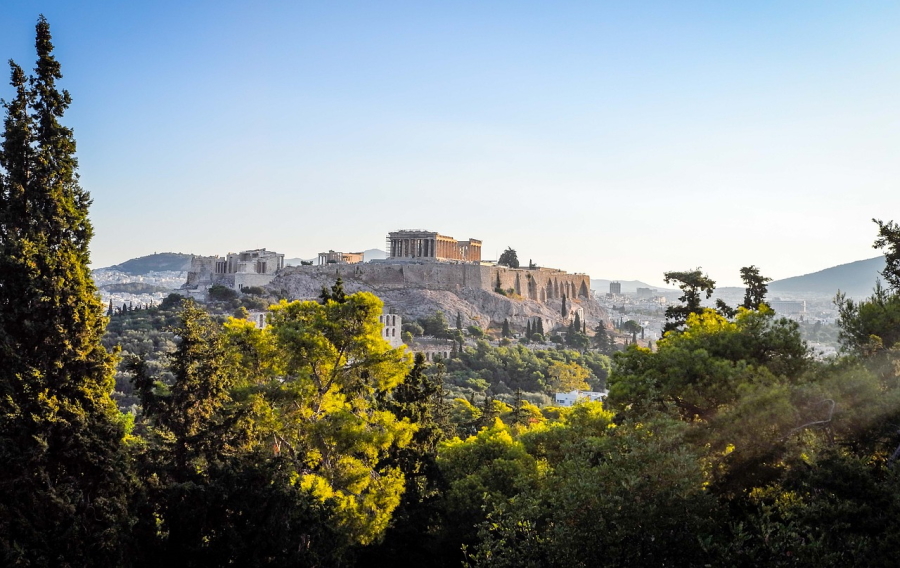 The Acropolis and Parthenon

Choosing the ten best things to do in Greece is of course an impossible task. But then again, if we tried listing twenty, or even fifty, there would still always be more great places and experiences that we'd want to include.

However, we wanted to try to see what we came up with. The Acropolis with the Parthenon sitting on top of it is an obvious inclusion in any list of the best things to do in Greece, as is the wonderful National Archaeological Museum in Athens. Knossos on Crete is a must, but what would our other choices be? Well, after much thought and discussion, here is our list in no particular order.

Our Top Ten Things to Do in Greece

The Acropolis and Parthenon

Although our list of the Top Ten Things to Do in Greece is in no special order, this would be number one in whatever order you chose - even alphabetical! If you take the bus in from the airport, nothing beats your first sight of the Parthenon sitting on top of the Acropolis in the heart of the city. Even after many visits to Athens, we still find it a stirring sight. We love walking up to the Acropolis through the narrow winding streets of Anafiotika, the secret village on the slopes of the hill, and seeing the Parthenon is like greeting an old friend. See our page on the Acropolis for more details.

Statue of Zeus in the National Archaeological Museum

The National Archaeological Museum in Athens is undoubtedly one of the world's greatest museums, and certainly the finest in Greece. Many of the world's major museums display treasures from all over the world, but what's remarkable about this museum is that its collection is made up almost exclusively Greek items. It shows the astonishing wealth of Greek history and culture. See our full page on the National Archaeological Museum.

Knossos is Crete's number one archaeological site, and has been described as Europe's oldest city. It's thought to go back to about 7,000BC, but was at its height when it became the center of the Minoan civilisation. The ruins of its main palace, and many other buildings, are breathtaking and vividly bring the ancient city to life. See our Knossos page for more details.

Delos is unique, as the entire island is an archaeological site which you can only visit by boat from Mykonos. No-one is allowed to live on the island today, but it was first inhabited in about 3,000BC. Archaeologists are still excavating the site, which is one of the most important in the entire Mediterranean, and still making new discoveries. See our Delos page for more information.

The Old Town of Rhodes

The Old Town in the city of Rhodes is a World Heritage Site, one of many in Greece. It's one of the best-preserved medieval towns in Europe, with some magnificent buildings, narrow alleyways, walls you can walk round, and surprises around every corner. To learn more, follow our Walk in the Old Town of Rhodes.

Every Greek island is different and special, and it's hard to single out one, but Santorini is truly unique. It owes this to a spectacular event when it suffered one of the largest volcanic explosions ever recorded. Originally Santorini was one large island but the explosion in about the 17th century BC, split it into several smaller islands and created the caldera which filled with water to create the Santorini we see today. The explosion was so great that it sent a giant Tsunami all the way to Crete, 110 km (68 miles) away, which is thought to have caused the mysterious end of the Minoan civilisation. We have several Santorini pages which you can access via our main Santorini page.

No list of the top ten things to do in Greece would be complete without including Mount Olympus, the legendary home of the Greek Gods. It's also the highest mountain in Greece at 2917m (9570ft), and wasn't conquered by man until 1913. It's a spectacular sight that you can see if you drive the main Athens-Thessaloniki highway. See our separate page on Mount Olympus.

Near the Start of the Samaria Gorge

The Samaria Gorge on Crete is the longest gorge in Greece and one of the longest in Europe. It's about 18km (11.25 miles) in length, and hiking down it from mountains to sea is the second most popular activity on Crete, after visiting Knossos. Around half a million people a year complete the hike, so read our account of Hiking the Samaria Gorge when we were two of them one year.

The Ruins of Ancient Olympia

The Olympic Games were first officially held in 776BC, and continued to be held here at this site in the Peloponnese every four years for the next thousand years. The temples and other buildings here are now in ruins, but the fact that the original running track still exists is powerfully moving when you see it. See our full page on Ancient Olympia.

In compiling this list of the ten best things to do in Greece, we've tried to choose those places that are unique, and that you'll see nowhere else in the world, like Delos, Santorini, and Ancient Olympia. That certainly applies to Meteora, and it was hard to choose between Meteora and Mount Athos. The fact that anyone can easily visit the monasteries of Meteora, but only men can visit Mount Athos, and only then with a permit, makes us favour Meteora.

The monasteries here, which perch on top of dramatic rock formations that thrust up out of the Plain of Thessaly, are remarkable. In fact the rocks themselves would be reason enough to visit, but to see the monasteries too, and be able to visit them, definitely makes this one of the Top Ten Things to Do in Greece.