Santorini or Thira in the Cyclades islands has cheap and luxury hotels, car rental, ferries from Athens, Crete and other islands, and flights from Athens.

Sunset at Oia on Santorini

Santorini, or Thira as it is also known, is in the Cyclades islands and is one of the most popular holiday destinations in the Greek islands. As well as being a busy vacation spot, with travelers and tourists coming by ferry and by flights (from Athens during the main holiday season), it is an essential port-of-call for cruise ships in the Aegean.

However you arrive, your first sight of Santorini is dramatic and unforgettable, which is one reason we chose a photo of Santorini to appear at the top of every page on our website. For us, Santorini captures the breathtaking beauty of the Greek islands.

Santorini was once one larger volcanic island, until its volcano erupted in a mighty explosion which scientists believe happened sometime in the 17th century BC. Its main town of Thira was destroyed, and the shock waves were felt as far away as Crete. One theory is that it was this explosion which destroyed the Minoan civilisation on Crete, and the Palace of Knossos. Santorini's volcano disappeared beneath the waves, leaving a crater, or caldera, where the volcano once stood, and several islands where previously there had only been one.

The name Santorini more correctly refers to the whole group of islands, with Thira being the name of the main island in the group. Thira is also the name of the archaeological site where the town of ancient Thira once stood, and the present-day main town on the island is also sometimes called Thira, or more frequently Fira. Today, though, most people use Santorini or Thira interchangeably, with Santorini having a more romantic lilt to it.

See which beach on Santorini made our list of Six of the Best Beaches in Greece. 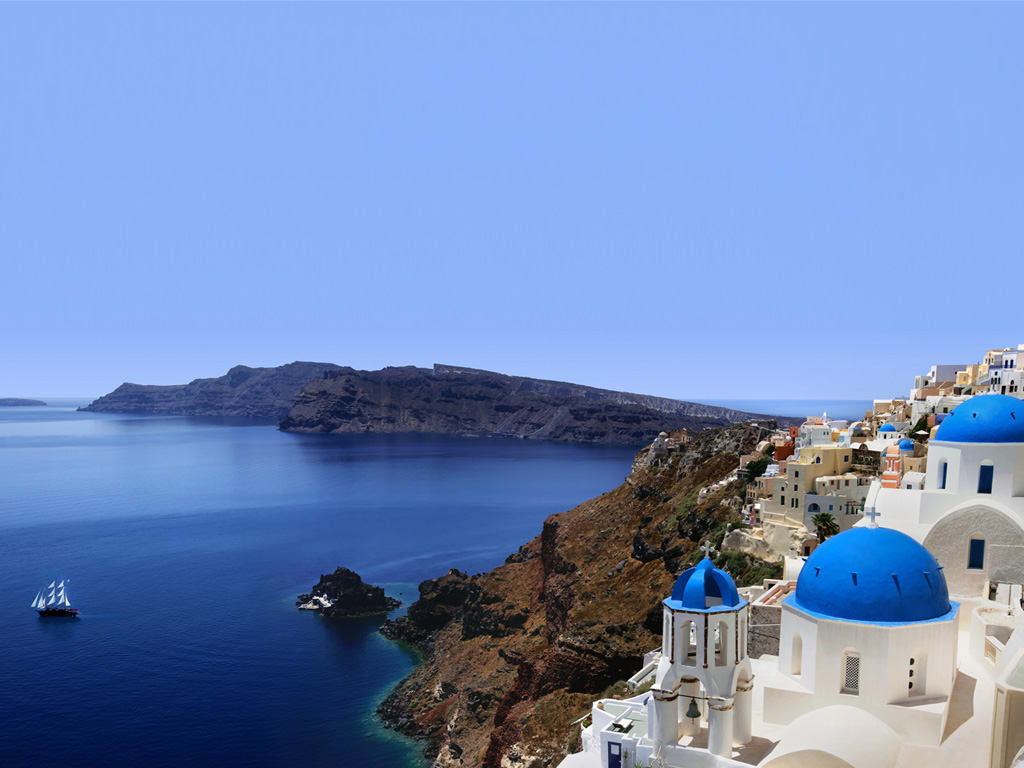 Don't miss our How to Get from Mykonos to Santorini page!

Santorini is connected by ferry to Athens, Thessaloniki, Crete, Mykonos, Rhodes and many other Greek islands. 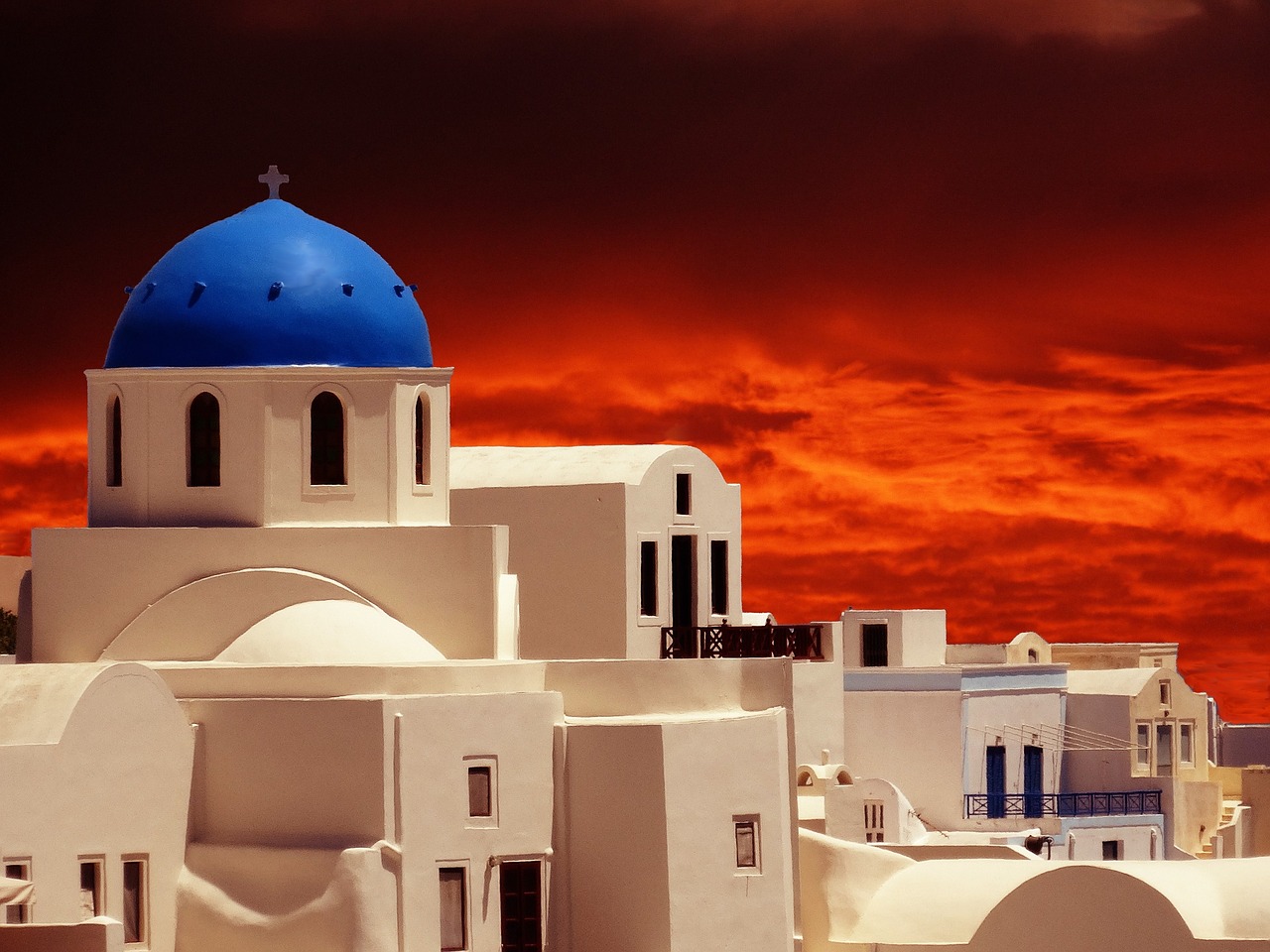 There are several car rental companies on Santorini. See our Santorini Car Rental page for full details. You can also rent motor bikes, regular bikes, mountain bikes, and quad bikes. If you don't want to hire a car but still want to see the island, use the good local bus service or hire a taxi. Most taxi drivers will drop you off somewhere and pick you up again later in the day, which can be much cheaper than paying for car rental.


The Potter of Santorini

Don't miss this video about one of the characters of Santorini, Andreas the potter.

Combining Santorini and Mykonos
A vacation combiningMykonos and Santorini is a popular option. Santorini is in the far south of the Cyclades, while Mykonos is to the north, on the other side of Naxos. There are daily ferries from Santorini to Mykonos, with a journey time of about 2 hr 30 mns. You could also break the journey and spend a night or two on Naxos.