Mykonos in the Cyclades islands in Greece has cheap and luxury hotel accommodation, car rental, ferries from Athens, Santorini, Crete and other Greek islands.

The Mykonos Windmills at Sunset

Don't miss our page about Things to Do on Mykonos!

Mykonos has good ferry connections with most of the major nearby islands, and to places further afield such as Athens, and to Iraklion on Crete. There are daily ferries to islands including Andros, Ios, Naxos, Paros, Syros, and Tinos, and several ferries a week to islands such as Amorgos, Ikaria and Samos.

Blue Star Ferries also call in at Mykonos on their Thessaloniki-Piraeus route, enabling you to island-hop to some of the North-East Aegean and Cyclades islands on the same route. 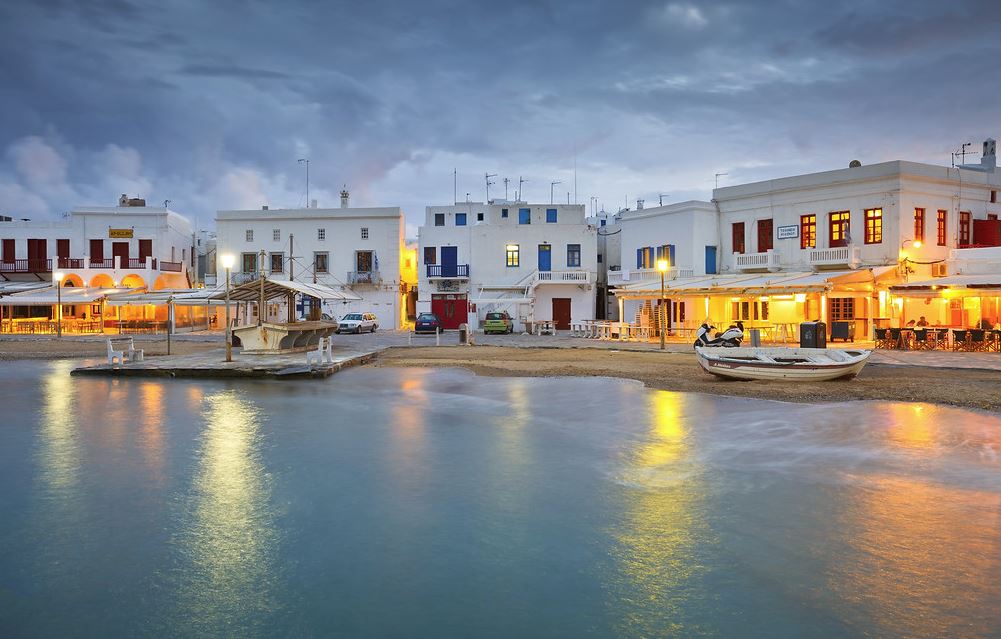 There are several car rental companies on Mykonos, or you can also rent motor bikes, regular bicycles and mountain bikes. If you don't want to hire a car but still want to see the island, use the good local bus service or hire a taxi. There are a limited number of taxis on Mykonos so you may want to book ahead. Most taxi drivers will drop you off somewhere and pick you up again later in the day, which can be much cheaper than paying for car rental.

A vacation combining Mykonos and Santorini is a popular option. There are daily ferries from Santorini to Mykonos with a journey time of about 2 hr 30 mins. You could also break the journey and spend a night or two on Naxos. See our full page on How to Get from Mykonos to Santorini for all your options.

Mykonos hotels range from luxury to cheap, and camping is also a budget option. Note that hotel prices in summer are very high by the standards of the Greek islands, and Mykonos becomes one of the most expensive places in Greece. You can save some money by traveling out of the high season, but if you want to visit in high season when Mykonos really buzzes, you should book ahead and have your credit card ready.