The Sporades are the Greek islands of Skiathos, Skopelos, Alonissos and Skyros, and this page has information on hotels, restaurants, and what to do. 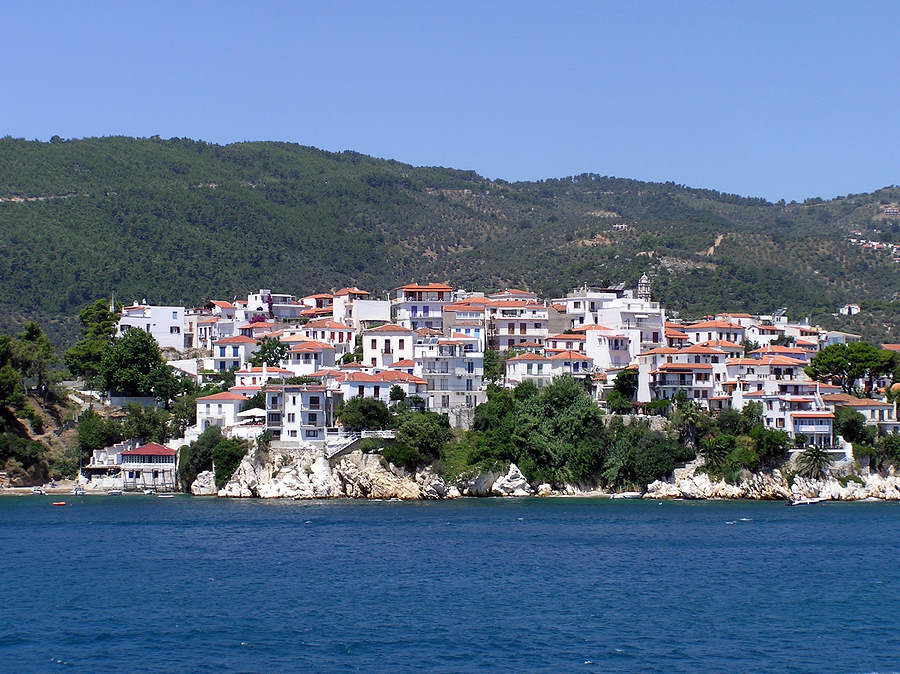 Even within such a small group as the Sporades, with only four major islands, there is a great deal of diversity… and yes, they are ‘Sporadic’, as the name means ‘scattered’ in Greek. They have all been opened to tourism to varying degrees, in roughly inverse proportion to their size. The smallest, Skiathos, is by far the busiest and has the best beaches, while the largest, Skyros, is the one that most retains its traditional Greek feel.

The islands were once extensions of the Pelion peninsula, and like that part of the mainland they are green and thickly-wooded with pine trees. The lushness does mean that mosquitoes can be more of a problem here than in the drier islands further south in the Aegean, so come prepared.

Not that mosquitoes prevent the crowds from rushing to Skiathos in high summer, and if you want any of its superb beaches to yourself you will have to visit in the spring or autumn. Another option is to take the ferry to the neighbouring island of Skopelos, which is scenically much more dramatic (making it a good base for walkers) and with beaches almost as good as on Skiathos. Yet somehow it has escaped, so far, the worst excesses of tourism that have blighted its little brother.

Alonnisos is an unusual island, long and thin with few roads, it was left behind in the tourist boom though many foreigners, notably from Germany, bought property here either to live in cheaply or to start up tiny businesses. Alonnisos has many small islets around it, and it is here that is home to Europe’s rarest animal, the Mediterranean monk seal. In 1992 the Greek government created the country’s first National Marine Park here, to protect the seals and bring eco-tourism to Alonnisos.

Finally there is Skyros, where old customs and costumes survive, helped by the fact that it is remote from the other islands, and harder to get to from Athens and the mainland. Whether that will survive now that a new airport has opened remains to be seen.

Click on the image below to take you to the specific page for each of the Sporades islands:

Be sure to see our page of Pictures of Skiathos! 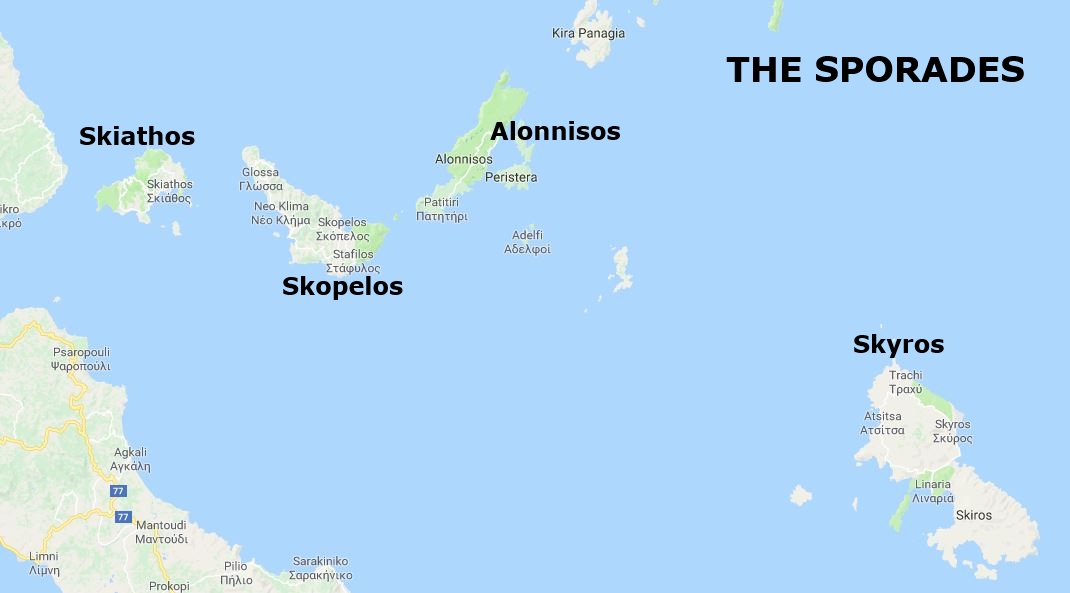