The city of Volos has several museums and is a major port, and also the gateway to the charming Pelion peninsula with its traditional villages and beaches.

Tradition holds that the Pelion peninsula is where the Greek Gods used to go to enjoy themselves by relaxing, eating, and drinking. Today it's where modern Greeks go to do the same, joined by an increasing number of discerning visitors. The city of Volos, the gateway to the Pelion, is just over a three-hour drive from Athens, and a little over two hours from Thessaloniki. The region's highlights include beaches, unspoiled mountain villages, forests, good walking, orchards, and abundant fruit and vegetables that make for a unique and excellent cuisine. 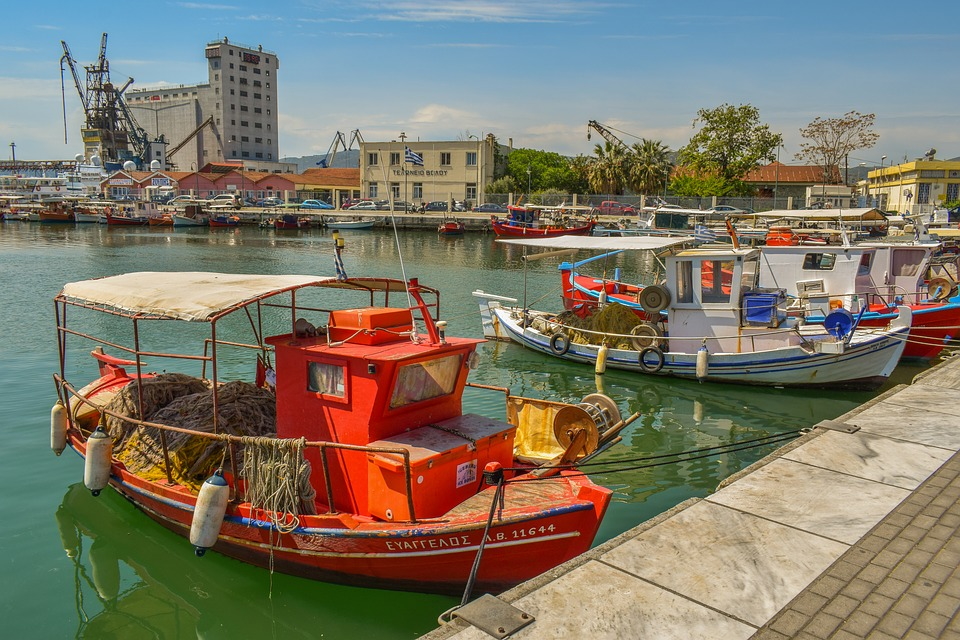 The Harbour in Volos

In Greek mythology the Pelion was home to the centaurs, those creatures who had the upper torso and head of a man on the body of a horse and were known for their lusty and drunken ways.

Jason and the Golden Fleece

The exception was the wise and good centaur, Chiron, who was tutor to the young Jason. In later life Jason undertook a quest for a famous trophy, the Golden Fleece, in order to claim his rightful kingdom. He set off on his heroic quest with his company of Argonauts from Volos.

If you're a foodie, don't miss Volos for Gourmands

Volos today is an industrial city and major port, which most people pass through on their way to the more rural delights of the Pelion. The main reason to spend a day or two  in Volos would be to visit the Archaeological Museum, an excellent museum with the best of the treasures from two local and lesser-known archaeological sites, Dimini and Sesklo. The City of Volos Museum tells the story of the city and is housed in an old tobacco warehouse, and there are a few other museums and churches like the impressive Ayios Nektarios. 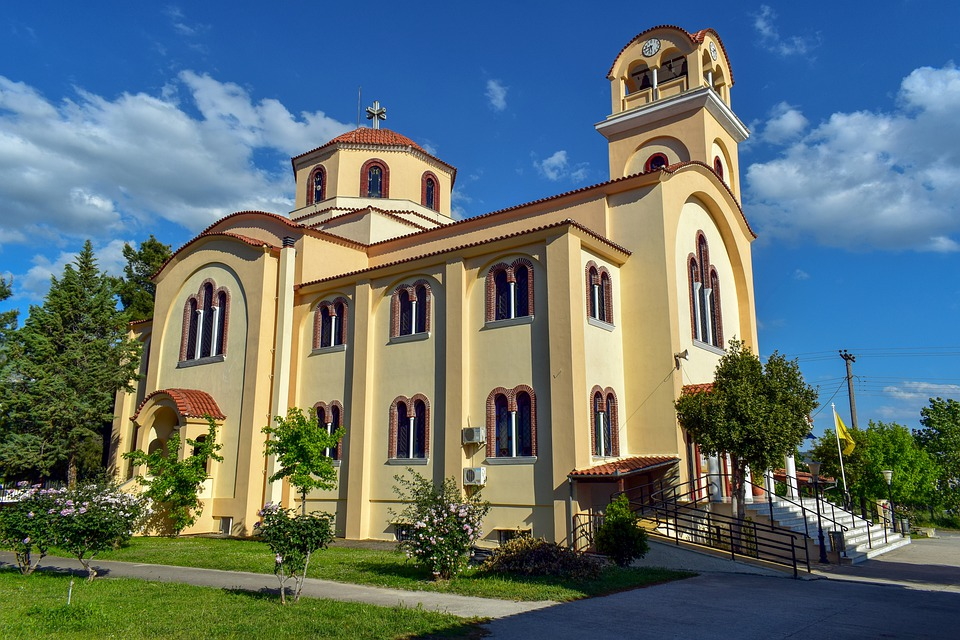 Leaving Volos you enter the green and densely-wooded Pelion. Here your first stop, depending which route you take, may well be Makrinitsa, one of 24 villages scattered across Mount Pelion (1,624m/5,328ft), the spine of the Pelion peninsula. Makrinitsa was founded in the 13th century by refugees fleeing from Constantinople. Its steep, cobbled streets and protected status mean that you will have to leave your car outside the village and explore the lovely centre on foot. 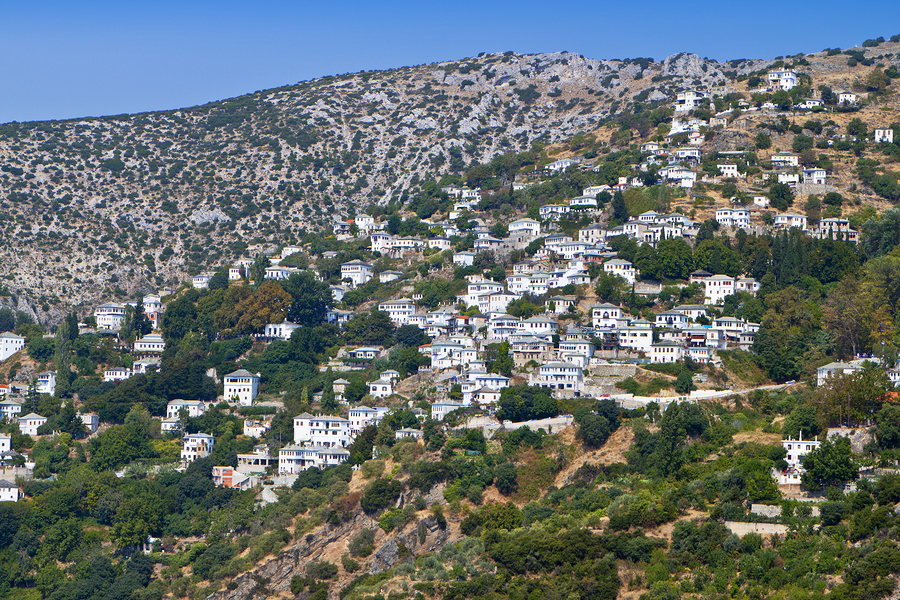 Makrinitsa on the Pelion Peninsula

Several traditional mansions have been well-restored, and some of these have been turned into stylish hotels. There are tavernas serving gourmet food, a folk art museum, a Byzantine museum, a number of old churches to visit, and a monastery, as well as a wonderful view over Volos and the bay on which it stands. The large main square, shaded by huge trees and filled with restaurants, is the perfect place for lunch or dinner.

View of Volos from the Pelion

Vizitsa is a similar village about an hour's drive further south in the Pelion, and should also not be missed. It too has mansions converted into guesthouses and hotels, and some memorable eating places. It can be busy during the daytime, but at night it reverts to being the peaceful and traditional mountain settlement it has always been.

To reach Vizitsa, turn off the main road at the larger village of Milies, where there are more attractive old mansions, as well as churches to visit and a folklore museum. It was here that the good centaur, Chiron, lived in a cave. Milies is connected to Ano Lechonia by a steam train which usually runs on summer weekends and provides a fun and easy way to enjoy some of the Pelion's best scenery. You can also get to Milies from Volos on the Pelion Railway, in the summer.

If you're looking for a beach, head to Agios Ioannis, an attractive, small resort at the end of a steep and zigzagging road coming down from Pelion's hills. It has one of the best beaches, with watersports too, and several restaurants serving traditional Pelion cuisine.

South from Agios Ioannis is the inland village of Tsagkarada. Sprawling over a wide area of the northeast coast, it retains a distinctly village feel. Its main claim to fame is having the biggest and oldest plane tree in Greece, reputedly a thousand years old and with a massive trunk that is 59 feet (18m) in circumference. This whole area is covered in forests of plane and oak trees, with apple and cherry orchards, and old stone houses with their terraces draped in vines.

Further south still is a small bump at the very end of the peninsula called Trikerion. It's much quieter than the rest of the Pelion, and its local architecture is more reminiscent of the Cyclades. The beautiful fishing village of Agia Kiriaki is everything you ever dreamed a Greek fishing village could be. Boats are still made here by traditional methods in the boatyard. Although there's no beach, there are a few rooms to rent and places to eat, and the village makes an idyllic place for a relaxing get-away-from-it-all break. It's connected by road and tracks to the even more peaceful hilltop village of Trikeri. Regular boats leave from here in summer for the Sporades, if you wish to move on into the Aegean.

Where to Stay in Volos

Where to Stay on the Pelion Peninsula