This beautiful drive along the northern shore of the Gulf of Corinth (Korinthiakos Kolpos), goes from Delphi to Messolonghi via Galixidi and Nafpaktos. 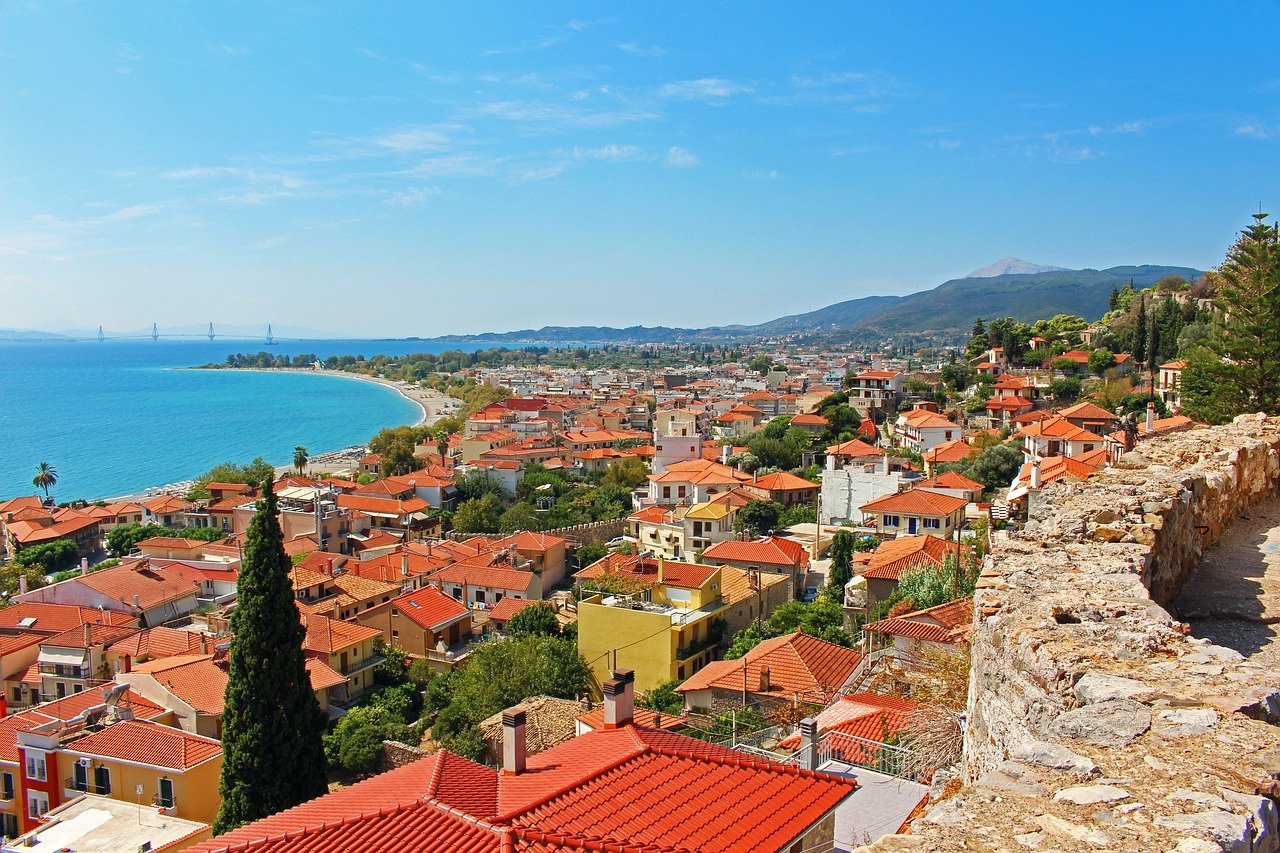 Across the water are the mountains of the Peloponnese, and to your right are the imposing Parnassus Mountains. The road heading west, when it joins the coast beyond Delphi, links a series of appealing little coastal towns, every one of them a delightful stopping-off point.

The whole drive should take only about 90 minutes, without stops, but it's likely you will be making lots of stops!

Starting the drive in Delphi, in about 30 minutes you will have descended to the coast. Take Highway 48 west out of Delphi, a switchback road with wonderful panoramic views... though the driver will be concentrating on the twists and turns in the road. Eventually you take a left turn marked for Itea and Nafpaktos, taking you onto the E65 road. The E65 takes you around Itea and along the coast to Galaxidi, with more delightful views.

The first of these attractive coastal towns is Galaxidi, its houses radiating from a headland and painted in white and pretty pastel colours. The dome of the church is clearly visible as you approach the town, in pride of place on the headland and dedicated to Agios Nikolaos, the patron saint of sailors.

The fine 19th-century mansions that line the waterfront here - along with many good tavernas - indicate the importance of shipping to the town. To learn about Galaxidi's past, visit the Maritime Museum of Galaxidi, an enjoyable summary of the town's history. Founded in 1928, it was the first maritime museum in Greece. 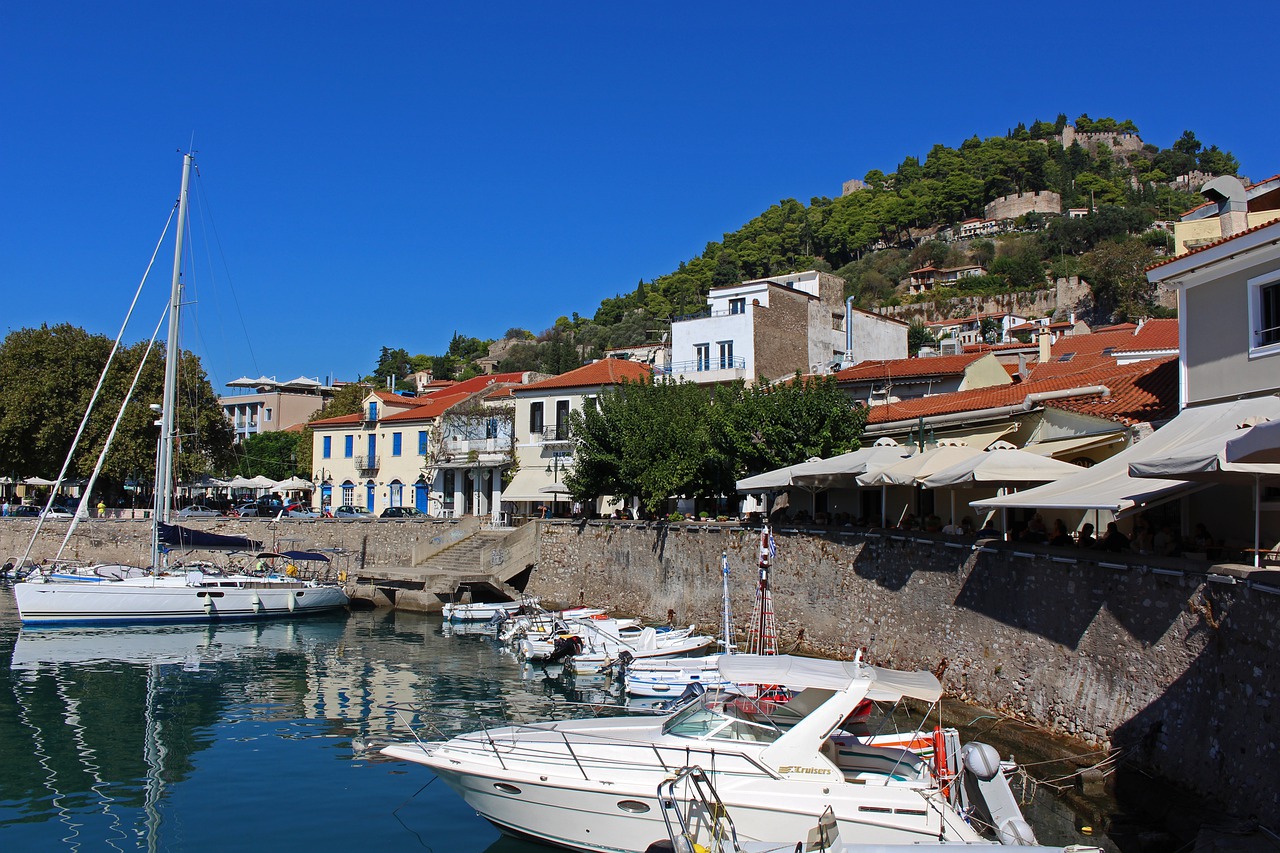 The next town of note as you head west is Nafpaktos, about an hour beyond Galaxidi. This is also built around a headland, this one crowned by a 15th-century Venetian fortress. Take a walk to the top for yet more lovely views along the coast and across the gulf to the Peloponnese. The castle walls extend down to the sea and around the harbour, with one of the old gates leading to the town's beach. 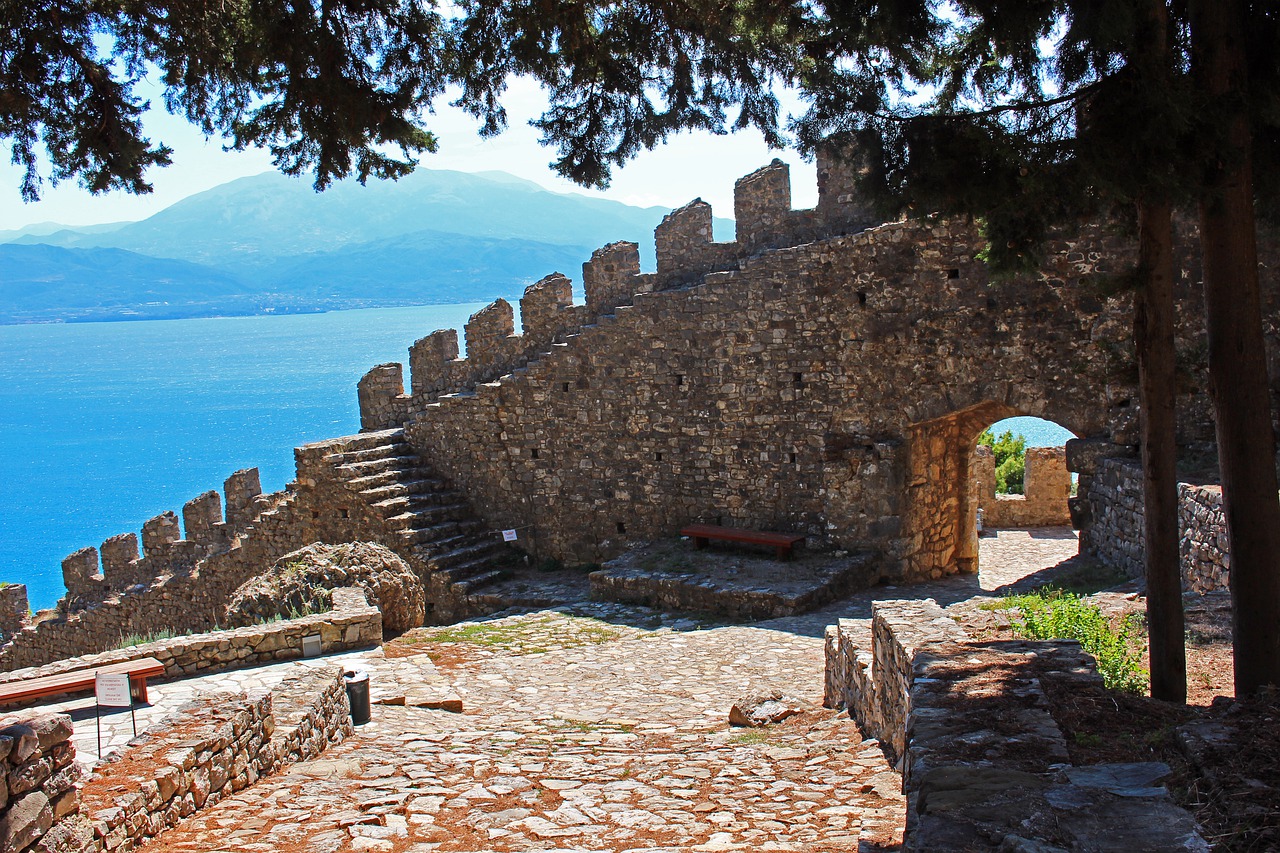 The medieval Venetian name for Nafpaktos was Lepanto, and this was the scene of the last major sea battle to be fought with ships propelled primarily by oars, in 1571. The Battle of Lepanto was between the Turks, who occupied Greece at that time, and an attacking fleet made up of a Christian alliance from several European countries.  The Turks lost the battle but did not lose Greece. One notable casualty was the Spaniard Miguel de Cervantes Saavedra (1547-1616), the author of Don Quixote, who lost his left hand in the fight. 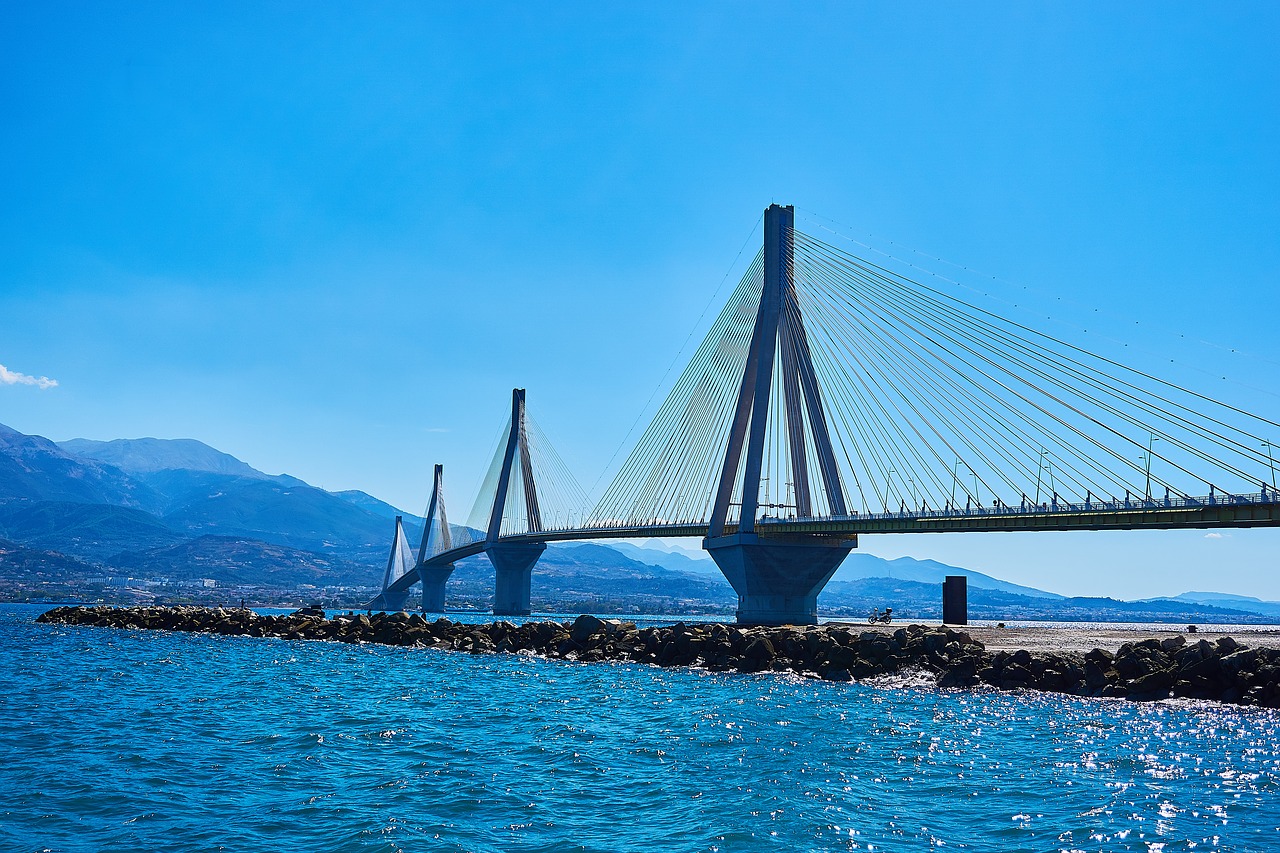 From Nafpaktos it's about a 20-minute drive to Antirrio, and you'll get glimpses of the graceful bridge across the gulf. From Antirrio you can drive across the bridge to Rio on the Peloponnese side, which is about a 15-minute drive from Patras, Greece's third-largest city. The main reason for visiting Antirrio is to explore the remains of the Franko-Venetian castle that stands guard over this stretch of water - known to the Greeks as the Little Dardanelles - and matches another castle on the Peloponnese side. 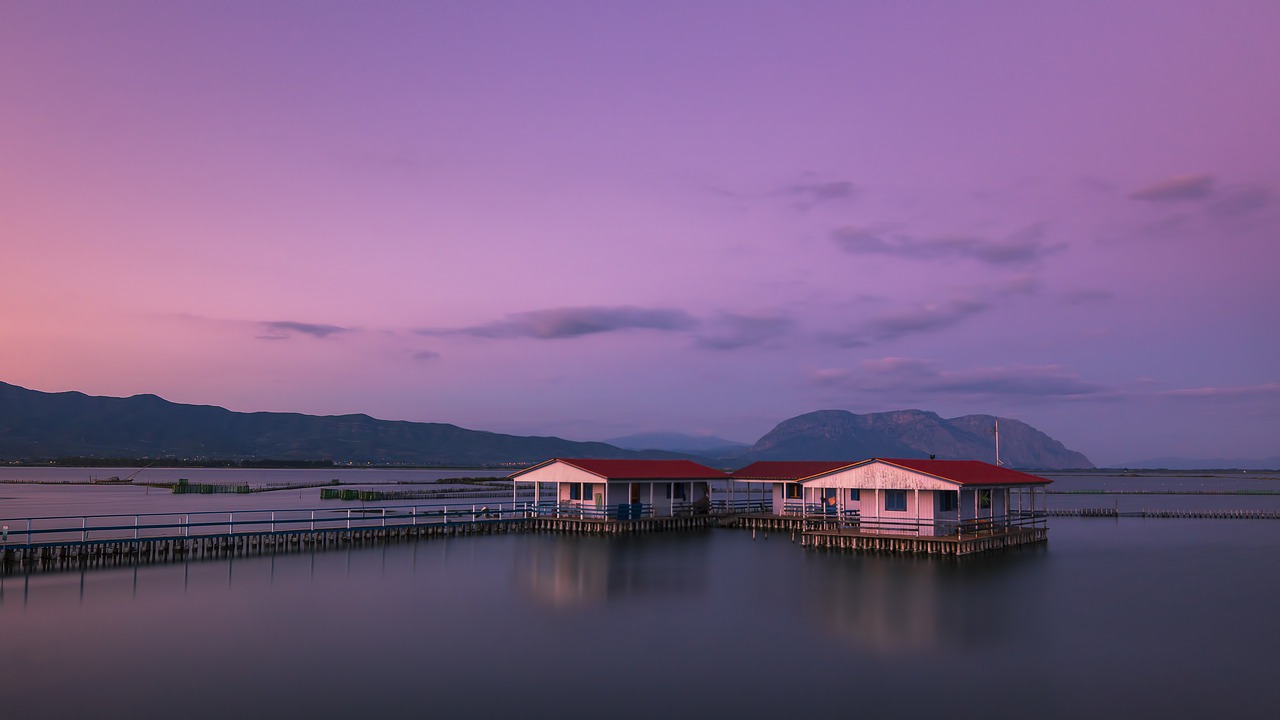 In Antirrio you switch to the A5, which swings inland and crosses a slightly flatter landscape as it heads for the marshes and salt pans that surround the town of Messolonghi. The drive should take about 30 minutes. Messolonghi is where the British poet and Grecophile Lord Byron (see below) died of a fever in 1824, and his statue stands in the town's Garden of Heroes. Beneath the statue it's believed that the poet's heart is buried, although some historians dispute this. 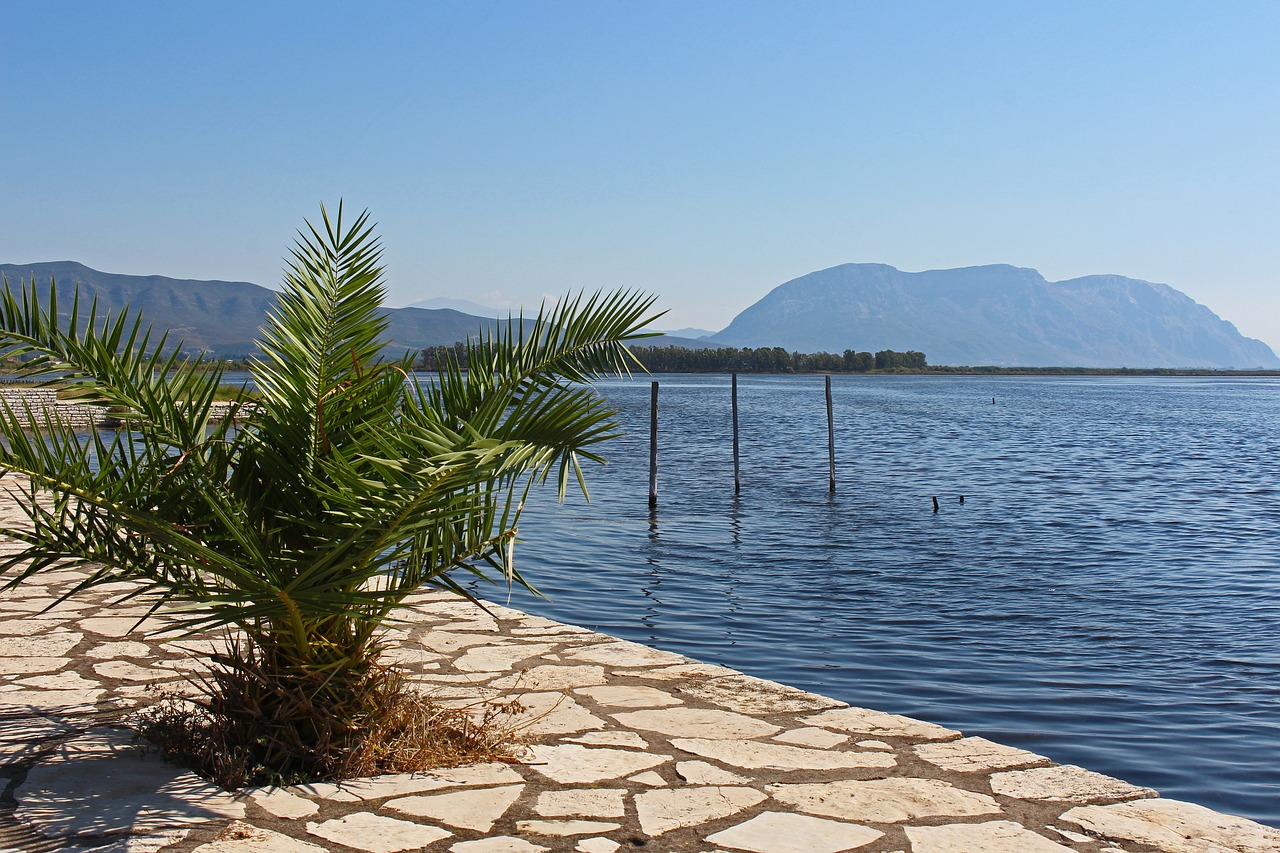 Byron died in a house on Odos Levidou, though this was destroyed during World War II. Today a memorial garden marks the spot where it stood. There's also a small museum that you'll want to visit if you are especially interested in the War of Independence, as Missolonghi was the site of a dramatic siege that took place during the war. One of the museum's prized items is an original copy of the patriotic poem by Solomos that became the Greek national anthem, 'Hymn to Freedom'.

Lord Byron was famously described as 'Mad, Bad, and Dangerous to Know' by one of his lovers, Lady Caroline Lamb. The sixth Baron Byron also had a memorable love affair with Greece, and it was while travelling there that he wrote one of his most famous works, Childe Harold's Pilgrimage.

Byron felt so strongly about Greece that in January 1824 he joined Greek rebels fighting the Turkish rulers in the War of Independence. Only three months later he was dead, not from fighting but after contracting a fever in Missolonghi, which was then much swampier than it is today. There is scarcely a Greek city that does not have a Vyronos (Byron) Street somewhere.