Patras, or Patra, in the Peloponnese is Greece's third-largest city, home to Greece's largest Carnival, with many Roman and Greek remains, museums and churches. 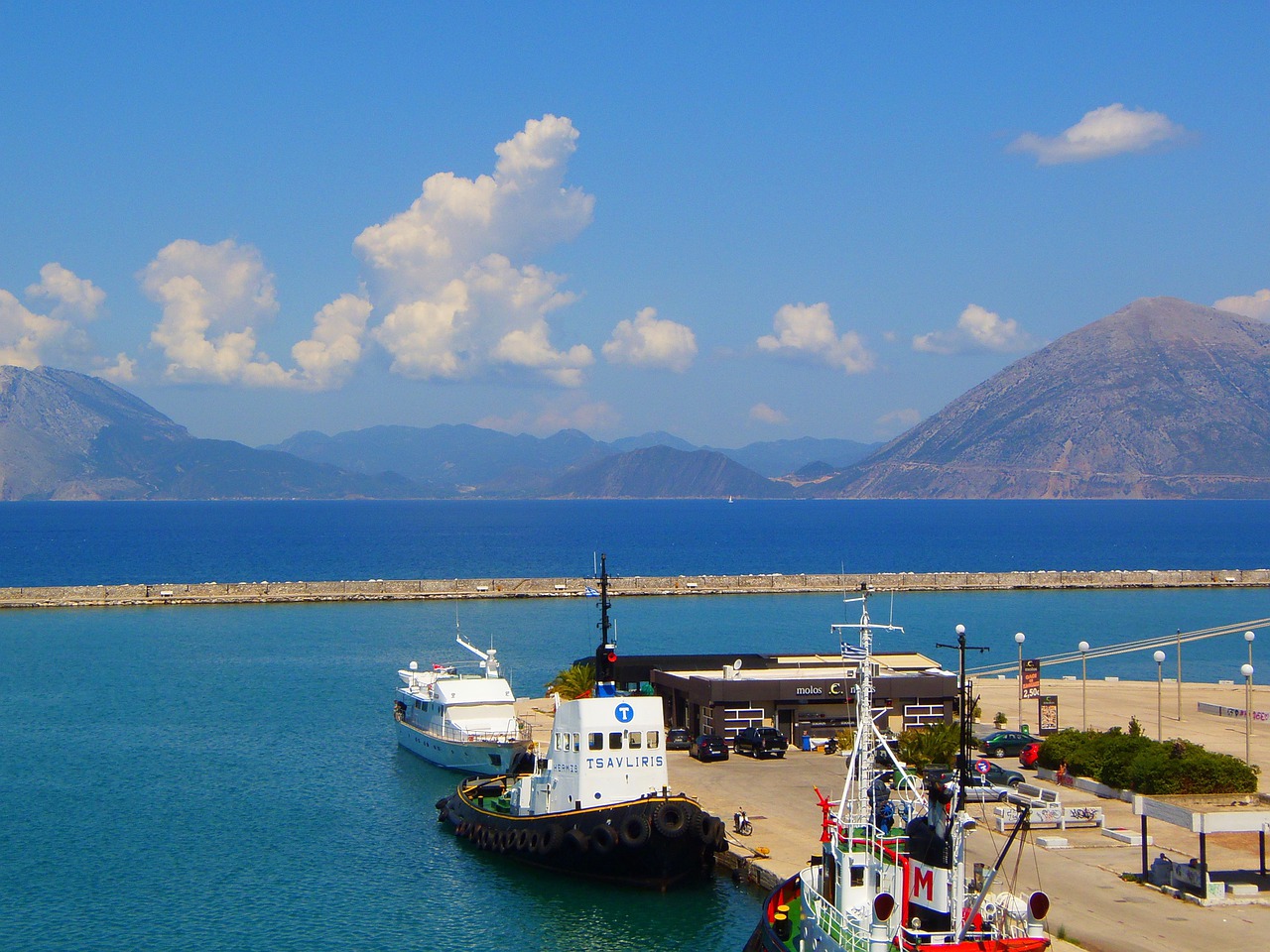 Part of the Harbour at Patras

Although it is Greece's third-biggest city, Patras in the Peloponnese isn't much on the tourist trail. It doesn't even have a direct flight with Athens, although you can drive there from Athens in 2-3 hours, or get there on the bus in 3-4 hours. If it's known for anything it's for being a busy port and for having the biggest Carnival celebrations in Greece. 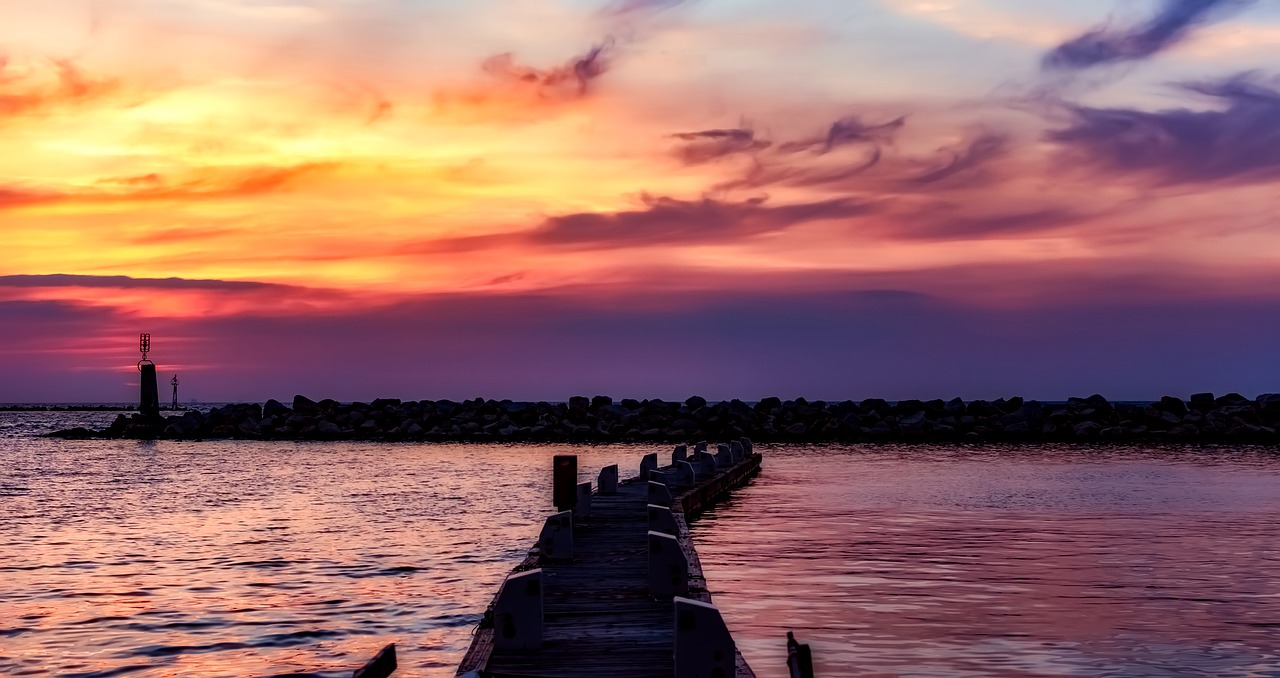 When to Visit Patras

Patras has a Mediterranean climate and you can happily visit it at any time of year. Most rain falls in the winter and December is the wettest month with an average of 13 rainy days. However, the average temperature in December is 11.9C (53.4F) and it never falls below freezing.

The driest months are June to September, with very little rainfall. The average temperatures for those months ranges from 22.7-25.3C (72.9-77.5F), making it a very pleasant time to visit.

Many people visit in February when Patras holds the most famous Carnival in Greece. The average temperature in February is 10.7C (51.3F) with about 10 rainy days during the month. If you plan to travel then, you should book accommodation well ahead. 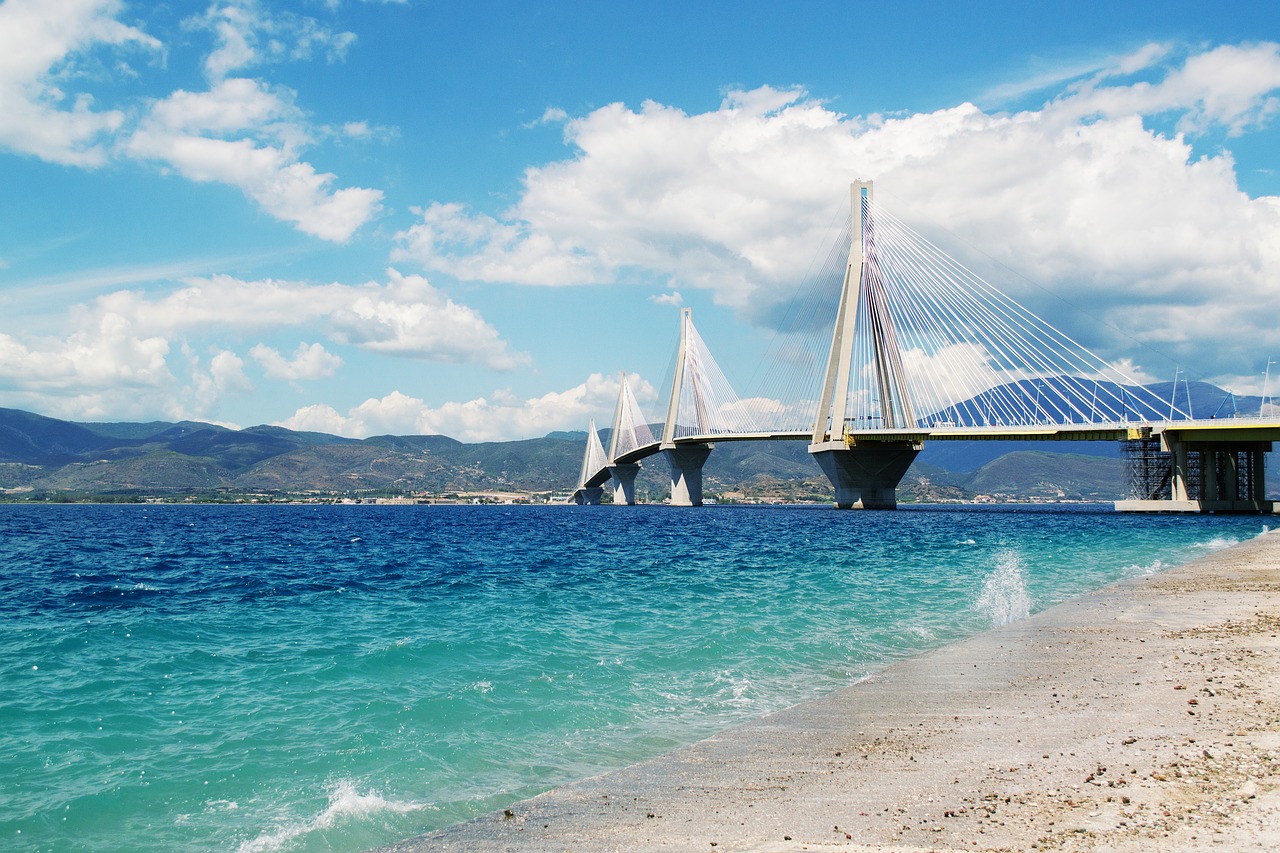 Getting To and From Patras

Patras has an airport which gets seasonal charter flights from several European cities, though there are currently no direct flights between Patras and Athens.

Patras is well-served with bus connections on the main KTEL network, including with Athens. with a journey time of 3-4 hours.

There used to be a rail connection with Athens and this is now being restored. At the time of writing the final part of the journey to Patras has to be completed by bus, but soon the service should be restored in full. 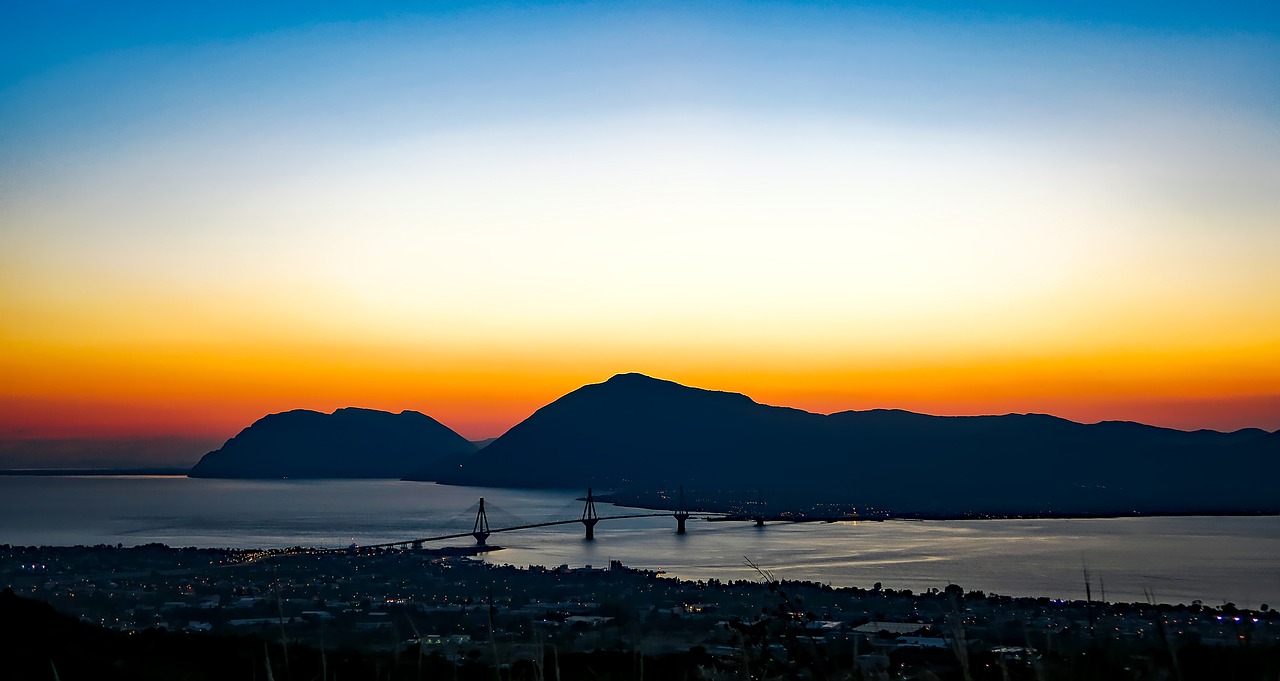 It takes about 2-3 hours to drive from Athens to Patras. From Patras you can easily get around the Peloponnese. If you want to avoid driving into the city then there is a ring road which takes you around it. You can also cross the Gulf of Corinth into Northern and Western Greece using the impressive and graceful Rio-Antirio Bridge.

Patras has long been one of Greece's major ports, both for commercial trade and passenger transport. It has ferry connections with several of the Ionian Islands, with the city of Igoumenitsa, and with several Italian ports, including Venice. 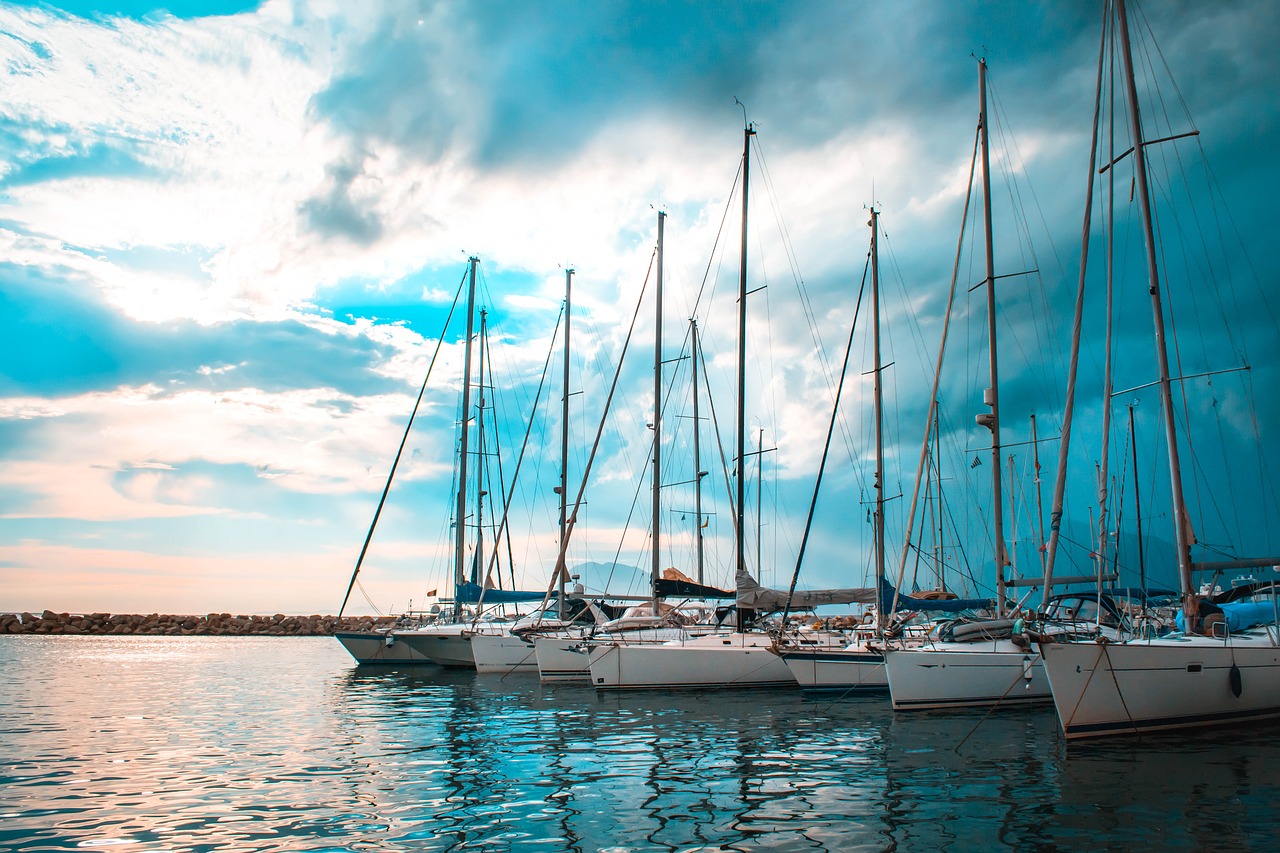 Yachts in the Harbour at Patras 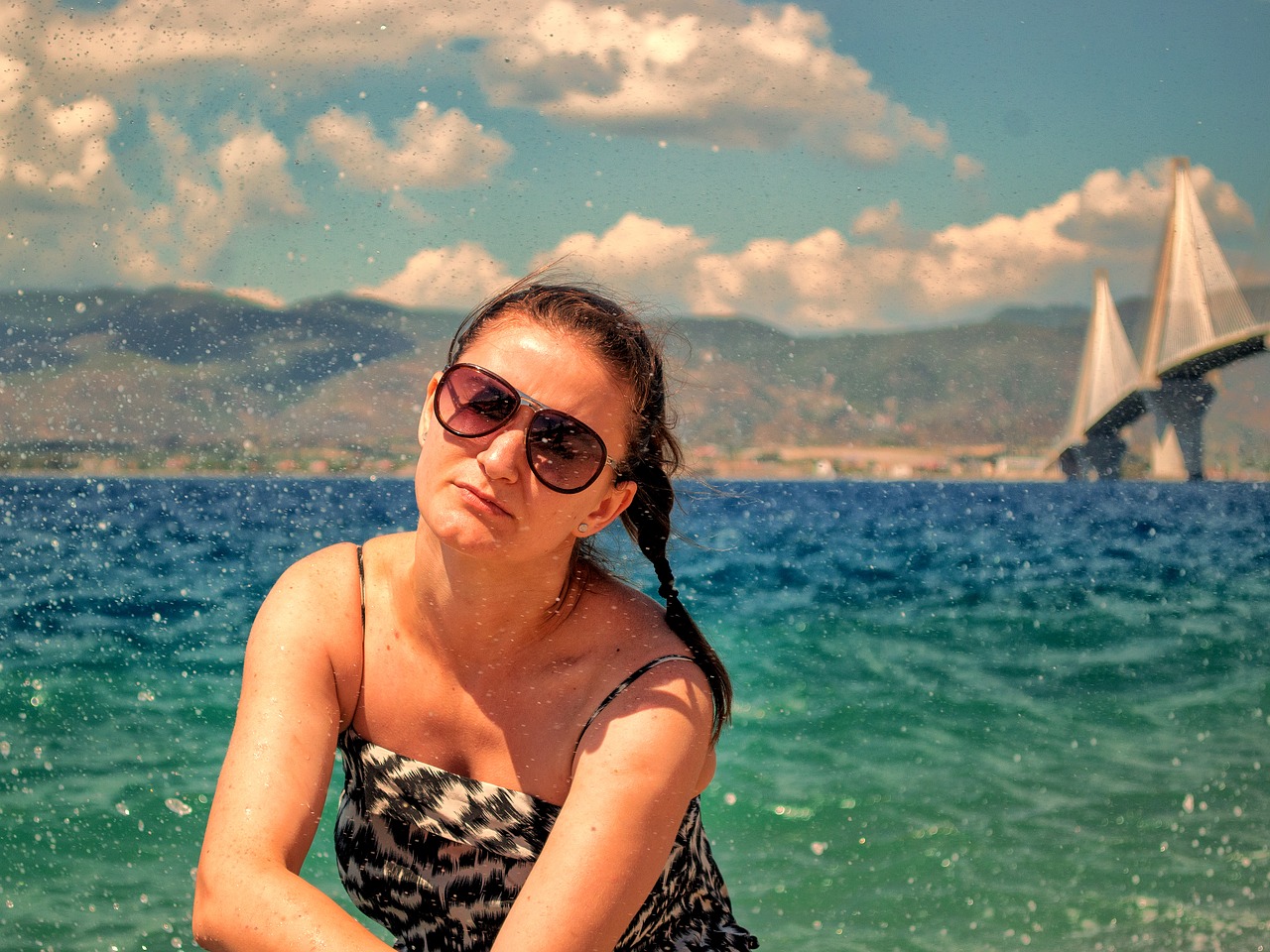 Things to See in Patras

Although it is a busy port, and many people pass through it every day, Patras has more than enough things to see to warrant a stay of a few days.

The building itself is strikingly modern, and it houses an impressive collection as Patras has many fine ancient archaeological sites.

Patras was a major city when the Romans invaded Greece, and many Roman remains can be seen. These include the Roman Theatre from 160AD, a nearby Roman amphitheater, an aqueduct, the ruins of a stadium, and parts of walls and bridges. 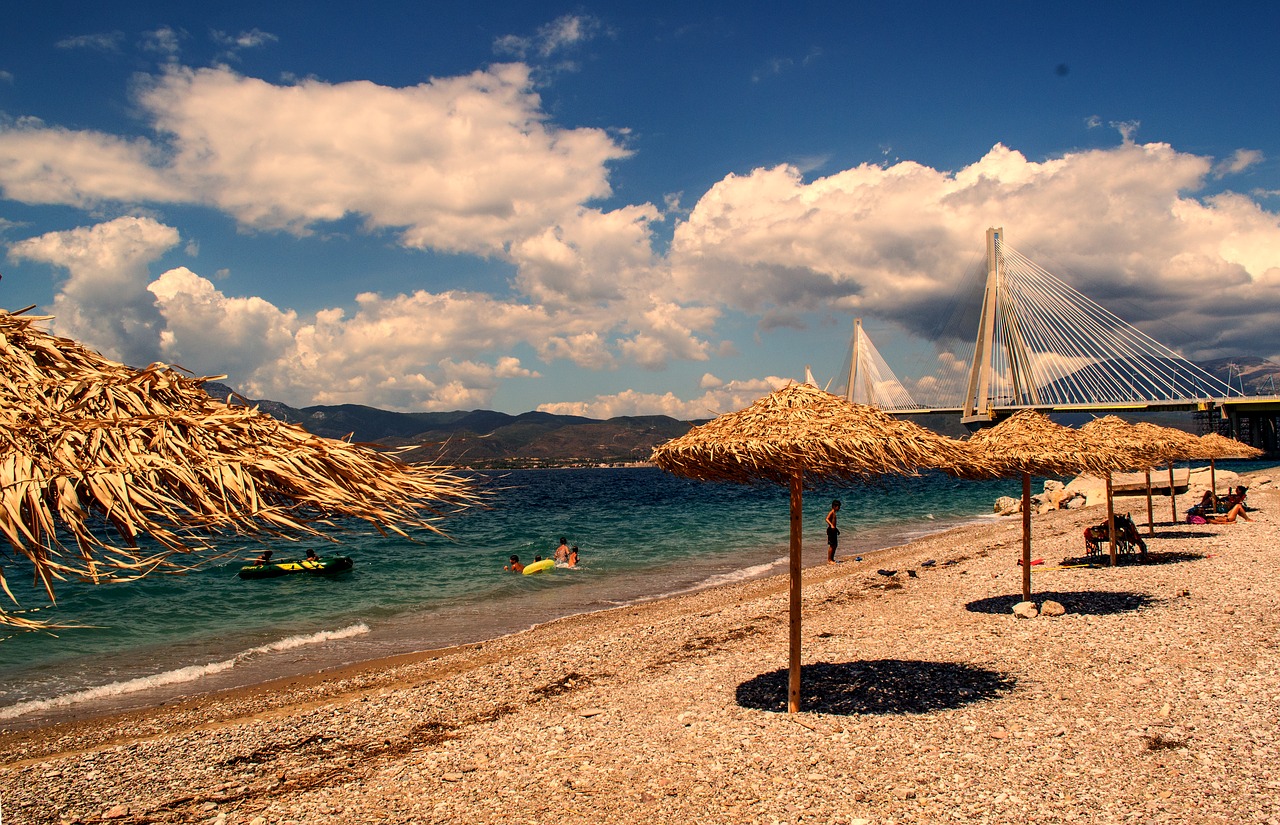 Just outside Patras is the Mycenean Cemetery of Voudeni (or Skioessa), which is one of the most important Mycenean sites outside of Mycenae itself.

Overlooking the city, the castle dates back originally to the 6th century AD, although the walls you see today are from the Venetian period of the 17th-18th century. The interior has been turned into a public park.

The Church of St Andrew of Patras 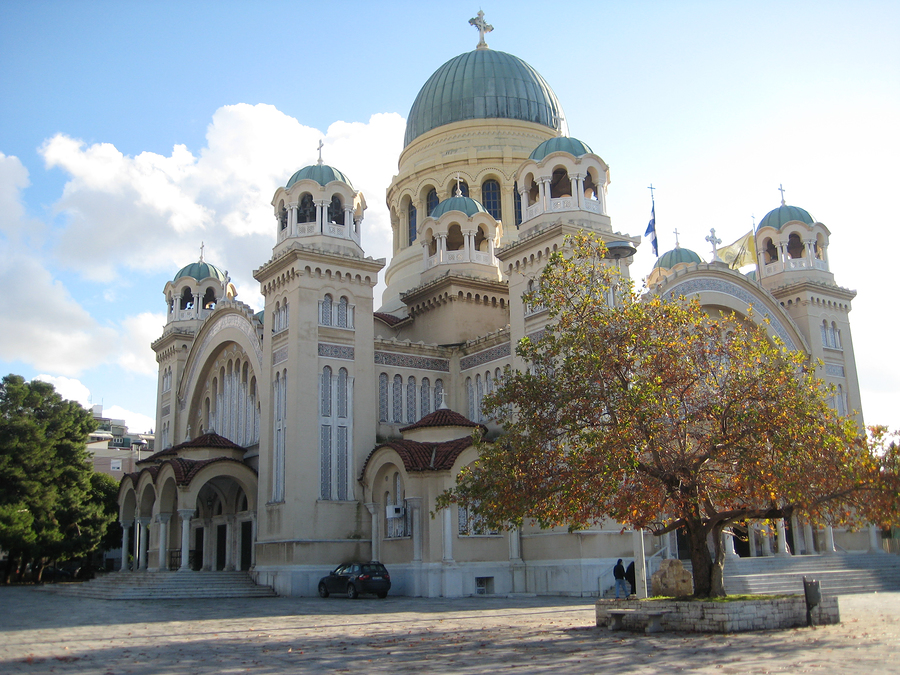 The Church of St Andrew of Patras

The Church of St Andrew of Patras is the most imposing church in the city and is dedicated to the St Andrew, who was crucified in Patras in 69AD. The church was built on the spot where it is said to have happened.

Patras Carnival is famous throughout Greece, and is in fact one of the biggest Carnival celebrations throughout the whole of Europe. It's been taking place for over 160 years. Events usually start in late January, depending on the dates of Greek Easter, and go through till the first Monday in Lent, known in Greece as Clean Monday. You can find out all about the Patras Carnival on the Carnival website.

Where to Stay in Patras