Nafplion in the Peloponnese was the Greek capital before Athens and today is a charming waterfront town with good restaurants, museums, shopping, beaches, old fortresses and a delightful atmosphere. 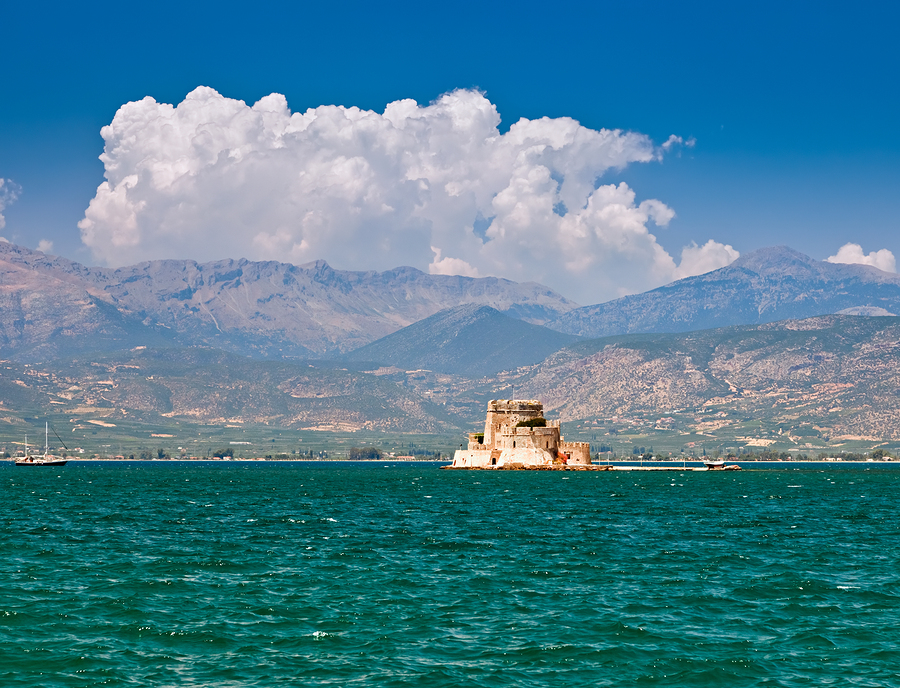 Nafplion (or Nafplio) is one of the most appealing towns in Greece, perhaps even in Europe. It has a lovely waterfront with beaches nearby, a fine headland with wonderful views, several fortresses, some interesting museums, an offshore island to admire, a sophisticated feel to the town with some chic hotels and so many good restaurants that, no matter how long you can manage to stay, you'll wish you were here for longer.

Much of its charm stems from the medieval architecture of its old town, dating from the second Venetian occupation (1686-1715), not to mention its looming castles and watery vistas. The narrow streets and pristine whitewashed houses of the old town are reminiscent of the Greek islands.

Nafplion is one of the top ten most welcoming cities in the world!

Nafplion is also a convenient base if you want to visit ancient sites including Mycenae and Epidavros, both within a 30-minute drive, and Tiryns, which is only five minutes away.

The small but fascinating Archaeological Museum of Nafplio occupies two floors of a splendid 18th century Venetian warehouse on the town's main square. It's worth visiting to see some of the Mycenae finds that haven't been sent to the National Archaeological Museum in Athens. There are also finds from Tiryns on display. It's on Platia Syntagmatos  (tel: 27520- 27502). 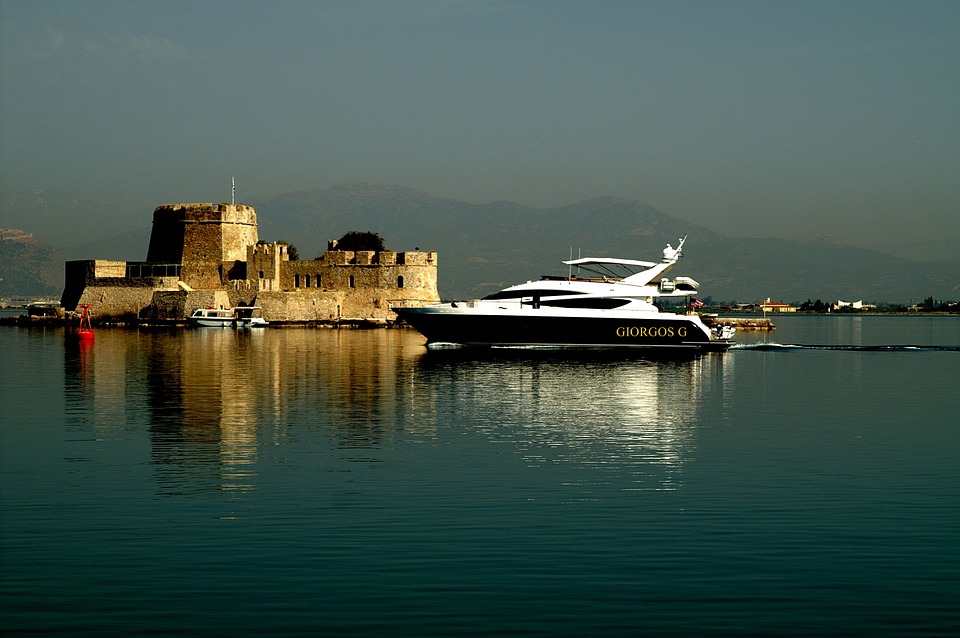 The Bourtzi Fortress is unmissable as it stands on an offshore island and is one of Nafplion's most distinctive features. It was built in the 15th century at the time of the Venetian occupation and it owes its importance to the deceptive waters here. They look deep but in fact there is only one navigable passage into Nafplion. The Bourtzi guards could block this passage by stringing chains from the island to the town.

Among the fortress's various functions over the years, it was the home of the town's executioner until 1930, and later a luxury hotel. These days it simply stands there, looking picturesque.

The Peloponnesian Folk Foundation runs this very impressive specialist little museum, one of the best in the country in dealing with local crafts and culture. It has a large collection of traditional costumes, household and agricultural items, fascinating old photographs and an excellent handicrafts shop. The address is Ipsillantou 1 (tel: 27520-28379)

The name of this fortress is the Turkish for Inner Castle, and while it's slightly less dramatic than the Palamidi Fortress (see below), it's still worth a visit. This was the site of Nafplion's original acropolis, and several castles have stood here over the centuries. There are few remains to be seen, but it's a pleasant place for a short stroll. Another good walk leads around the headland on which the fortress stands. 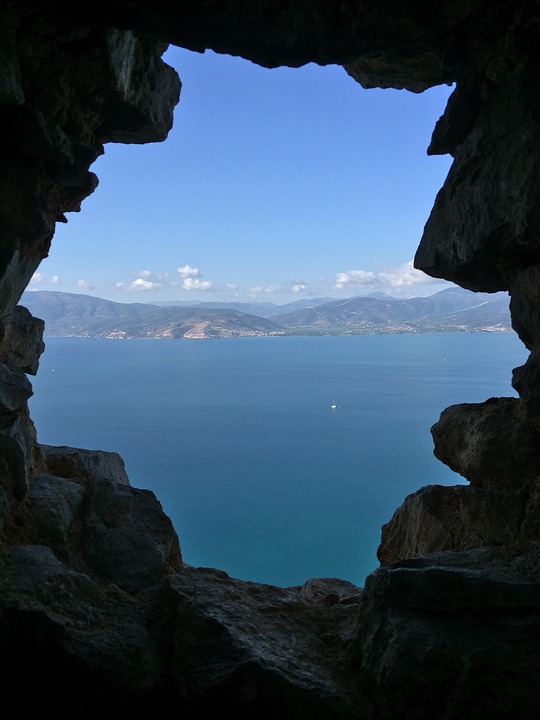 The View from the Palamidi Fortress

This massive 18th century Venetian citadel is so large there are several others ruined inside it. You can drive up to the entrance if you have a car, but otherwise it's a steep climb up almost 1000 steps to get there, which indicates how much the fortress dominates the town. There isn't that much to see when you get inside, other than the walls and the remains of three inner fortresses, but the views are really impressive. Tel: 27520-28036.

Read how CNN Travel chose Nafplion as one of Europe's most beautiful towns.

The War Museum in Nafplion is a branch of the excellent War Museum in Athens, and was the first to open outside the capital. It's full of authentic weaponry and historical documents, and has a large collection of moving - and occasionally harrowing - photographs showing the impact of World War II on Greece.

There is also an interesting collection of artefacts relating to the War of Independence, with which Nafplion is closely linked. The town served as the capital of the newly-independent Greece from 1829-1834, when Athens became the capital.

Ioannis Kapodistrias was born on Corfu in 1776, and became Greece's first president in 1829, based in Nafplio. In 1831 he was assassinated outside the church of Agios Spiridon, by two villainous chieftains from the Mani region in the southern Peloponnese. You can still see the bullet holes in the wall of the church. Three years later, in 1834, Athens became the new capital of modern Greece. 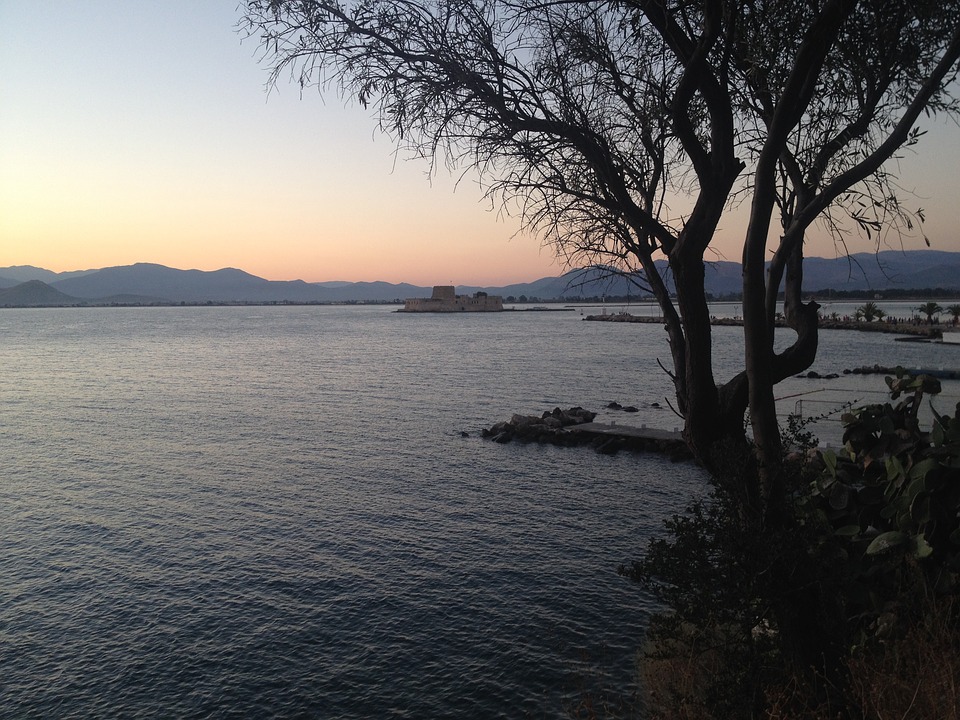 For a small town, Nafplion has some very good shopping. Explore the back streets of the old town and you'll find potters, painters and jewelers making and selling their wares, some good bookshops and a more upmarket kind of souvenir shop. 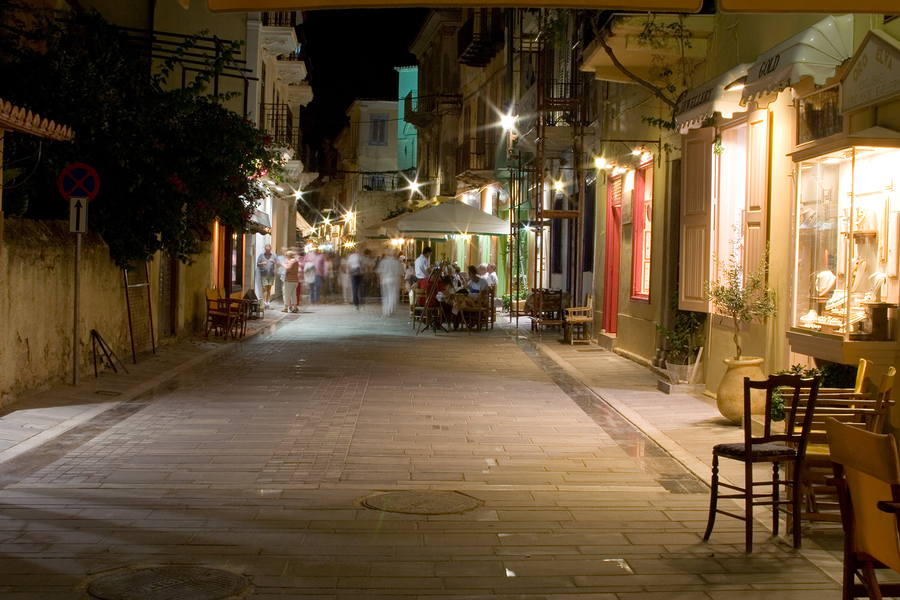 Where to Stay in Nafplion