Kalamata in the Peloponnese is the area's second-biggest city and is world-famous for the quality of its olives and for the nearby site of Ancient Messene. 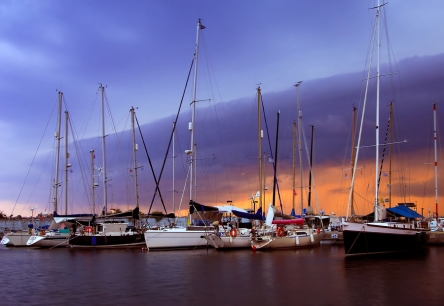 Kalamata is the second-largest city in the Peloponnese after Patras, with a population of about 70,000. Like  Patras, it's never really become a big tourist destination. Instead, Kalamata's top-quality olives have made its name known around the world. In Greece it's also known as the home of a dance called the Kalamatianos. 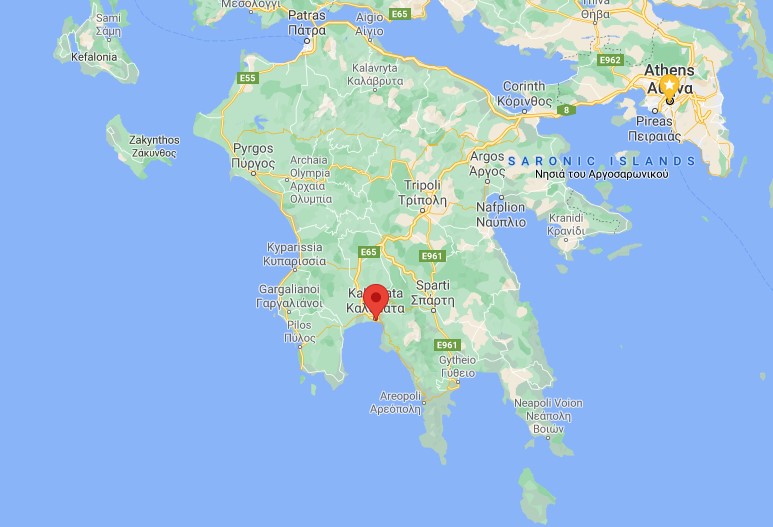 Location of Kalamata in the Peloponnese
(c) Google Maps

Kalamata has had as chequered a history as other Greek cities, being occupied by the Ottomans, the Venetians, and then the Ottomans again. However, it has one particular note of distinction – it was the first Greek city to be liberated in the Greek War of Independence against the Turks. 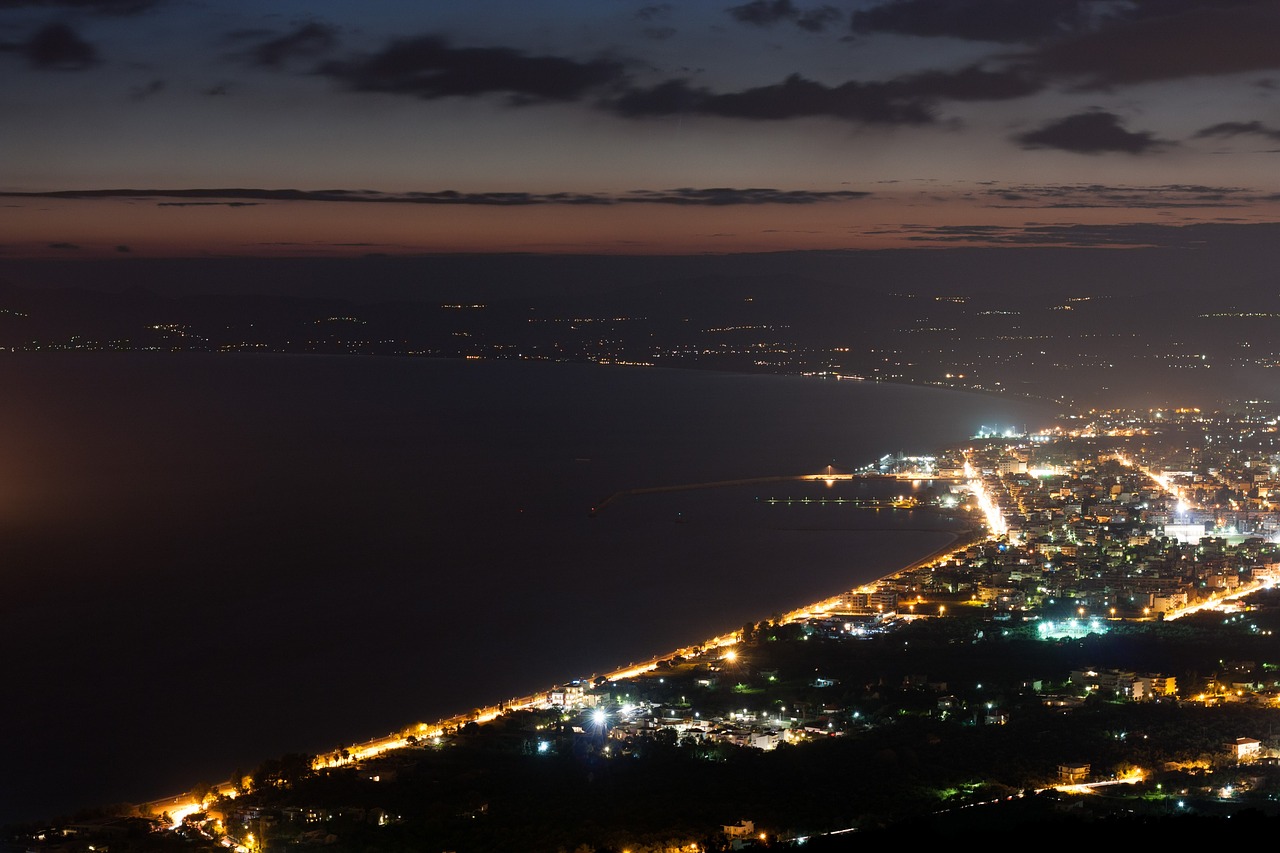 What to See in Kalamata

There are a few things for the visitor to see in Kalamata, including a municipal art gallery and a folk art museum. Some of the other attractions include:

The Archaeological Museum of Messenia naturally contains finds from all over the region, especially from Ancient Messene (see below). They’re displayed in four different sections for the four different areas making up Messenia: Kalamata, Messene, Pylia and Triphylia. 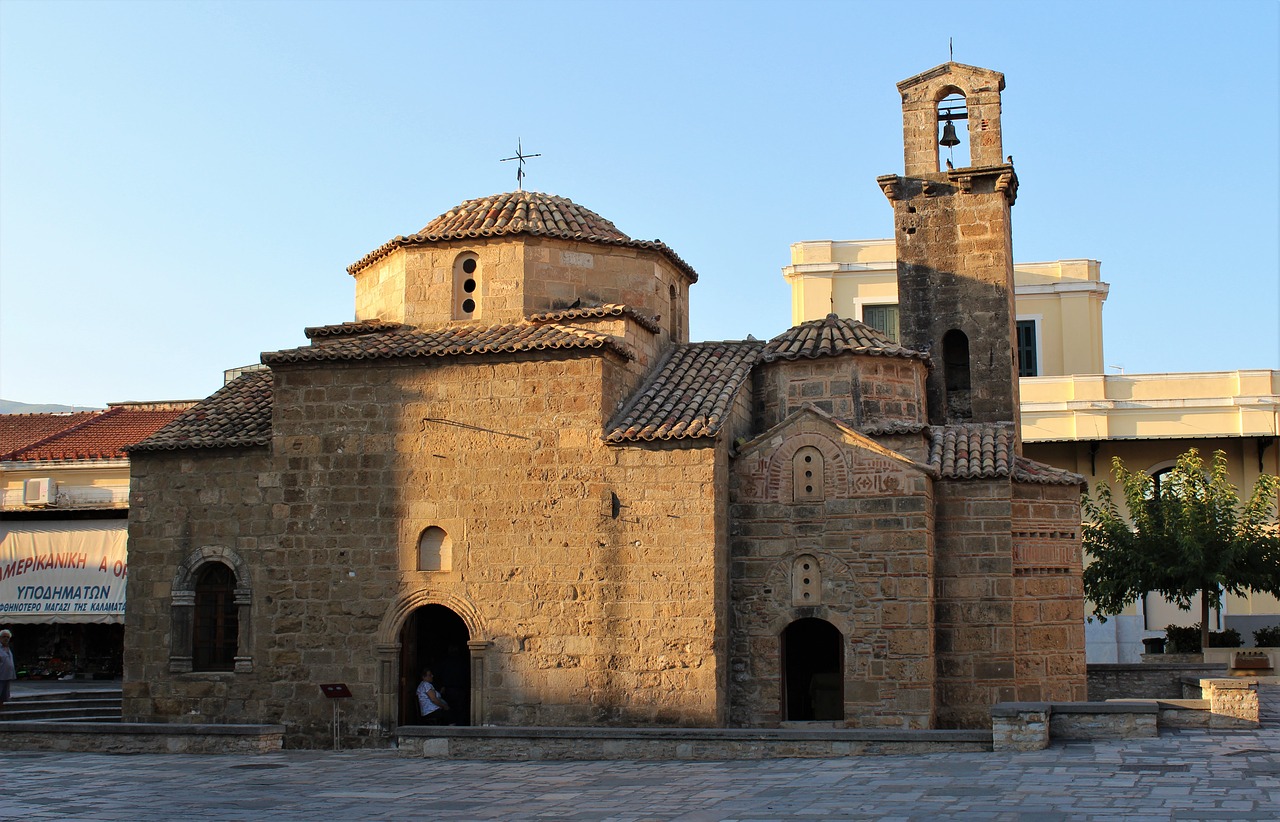 A Church in Kalamata

Kalamata’s cathedral was built from 1860-1873 but was badly damaged in the major earthquake which devastated Kalamata in 1986, and was subsequently restored.

Kalamata Castle dates from the 13th century and was built on the site of a church that had been there since the 6th century. An icon of the Virgin Mary became known as the kalo matia, or ‘beautiful eyes’. This name was later applied to the church, too, and is one theory as to how the city got its name. 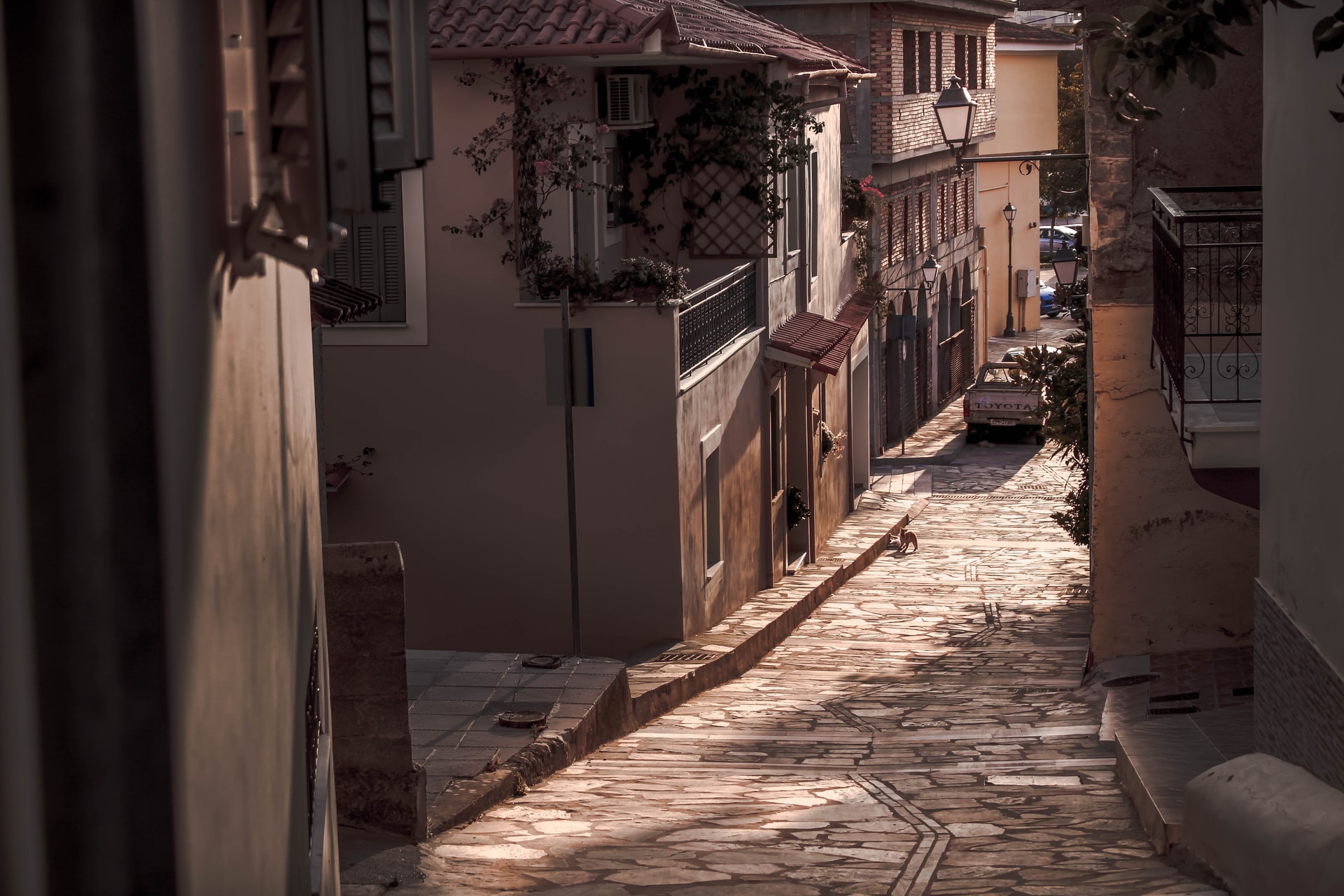 A back street in Kalamata

The Kalamata Municipal Railway Park is the only open-air railway museum in Greece, and though it’s a specialist interest there’s still plenty for non-railway enthusiasts to enjoy in its collections.

The site of Ancient Messene is about a 40-minute drive northwest of Kalamata, and not to be confused with the modern town of Messini which you pass through on the way. The archaeological site is 25 minutes further on, after you drive through Messini.

The site sprawls over the sides of Mount Othoni, which is about 800m (2,625ft) high and which is also home to the lovely little village of Mavromati. There are some rooms to rent here if you want to spend the night, rather than down in Kalamata. If you climb to the top of Mount Othoni you'll get great views over a lot of the southern Peloponnese.

When you see the extent of the remains you realise what an important city this must have been. What's also remarkable is that the city was protected by walls which were about 10m (33ft) high and ran for 9km (5.6 miles). The walls were built in about 369BC and stood almost undamaged for 750 years. 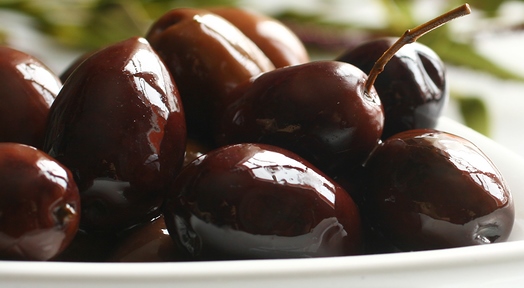 Kalamata is part of the Messenia regional unit, one of several regional units that make up the Peloponnese. According to European Union (EU) law, only olives grown in this region can be called Kalamata olives. The same applies to olive oil from the region. However, this type of olive is grown in many other parts of the world where there’s no law against calling them Kalamata olives.

Kalamata olives are dark brown olives that are very plump and meaty, which is why they are so highly-regarded. They are a dark purple/black colour, and must be hand-picked to help prevent them getting bruised. If you ate one straight from the tree it would taste very bitter, which is why they are first soaked, with various methods used to get almost all of the bitterness out of them.

Where to Stay in Kalamata