Bradt Guide to the Peloponnese

The Bradt Guide to the Peloponnese is the best book on the Greek region which includes attractions like Mycenae, Epidavros, Olympia, Monemvasia, and Nafplion.

It first came out in 2010 and this 2019 update is the fourth edition of this excellent travel guide. This tells you two things. One is that it's a popular guide, and two is that the Peloponnese is a popular part of Greece for travellers and holidaymakers.

The guide ought to be good as the first three editions were written by Andrew Bostock, who first visited the region as a 15-year-old backpacker and later lived in the Peloponnese for several years, working as a tour guide. Indeed, his daughter was born in Kalamata. This is why there are numerous references to the author having been to some places in this guide several times, and seen them change over the years.

Andrew Bostock clearly has wanderlust as he and his family eventually left the Peloponnese to live first in Alexandria in Egypt, and now in the lovely city of Suzhou in China. From there it was rather more difficult for him to revisit Greece to cover the ground again for the update, so this latest edition has been updated by one of Bradt's most experienced authors, Philip Briggs.

Having been several times to the Peloponnese myself, researching guidebooks, writing travel pieces, and a few times purely on holiday, I know the area fairly well and can say right away that I can't imagine a better or more thorough guidebook. I read almost every page - only fast-forwarding through some of the lengthy history and mythology sections, which I also did in the Bradt Guide to Northern Greece. Safe to say that if you are fascinated by Greek history and mythology, this guide won't disappoint.

The guide is almost 300 pages so is very comprehensive and also includes a few places beyond the Peloponnese. The island of Kythira gets several pages, for example. Although it's in the Ionian Islands, it makes sense to include Kythira here as it sits at the foot of the Peloponnese and is easily reached by ferry from several ports there.

There's also a short section on Athens, in case you're travelling to the Peloponnese from there. As with the Bradt Guide to Northern Greece, the section is long enough to cover you for 1-2 days, but if you're staying longer you'd be advised to buy a separate Athens guidebook.

The only odd inclusion, to my mind, is a section on Delphi, which is a long way from the Peloponnese. The author says that it is one of Greece's major sites, which is undeniably true, and that you can get there from Athens, which is also true, but I think the space could have been put to better use. What's also odd is that the author suggests you avoid doing one of the organised coach tours to Delphi from Athens as you'll spend most of the day on the bus, but instead recommends getting the local bus... when you will spend even more time on the bus! 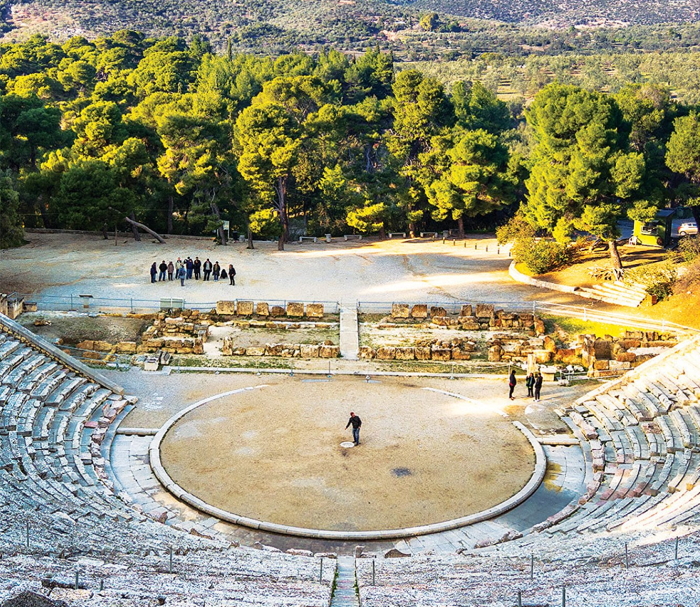 Epidavros, on the Cover of the Bradt Guide

If you get the e-book version, the maps are also interactive (as is the whole book). An overview map of the Peloponnese highlights at the start of the book enables you to jump straight to the section you want, perhaps on Kythira or Olympia. There are thirty other maps for towns, cities, and areas, with each one having a link underneath that takes you to the best places to stay and eat pages in that section. I only have a small Kindle and I'd say that to get the best out of the interactivity you'd need something larger, like an iPad Mini or other tablet, but if you have one it's very impressive.

The author not only knows but also clearly loves the Peloponnese... well, the whole of Greece in fact. I was constantly smiling at his descriptions as they brought back memories for me:

'The Peloponnese also offers something of a time machine. Twenty years ago in Greece you could still see old men going to their fields on donkey back, old women clad in black preparing vegetables on their doorsteps, main roads blocked by herds of goats, olives being picked with no more aid than a triangular wooden ladder and a big stick, tractors made from converted lawnmowers, and village shops seemingly unchanged since the 1940s. This Greece has disappeared in most of the more visited islands, but in the Peloponnese it endures.'

The author also has a good sense of humour, and a good knowledge of the Greek language, as in this section on Greek flowers:

'Orchids grow from two underground bulbs or tubers, and get their name from the Greek for testicle (which is why you need to be a bit wary in the Peloponnese when asking someone to show you their orchids).'

I found myself laughing in several places, when the author talks about some of the Greek people's quirks, or predicaments he found himself in, or the toll that researching this book took on his car. It's not many guidebooks you can say that about, and though the author's writing style is light, there's nothing light about the amount of research that he's done. 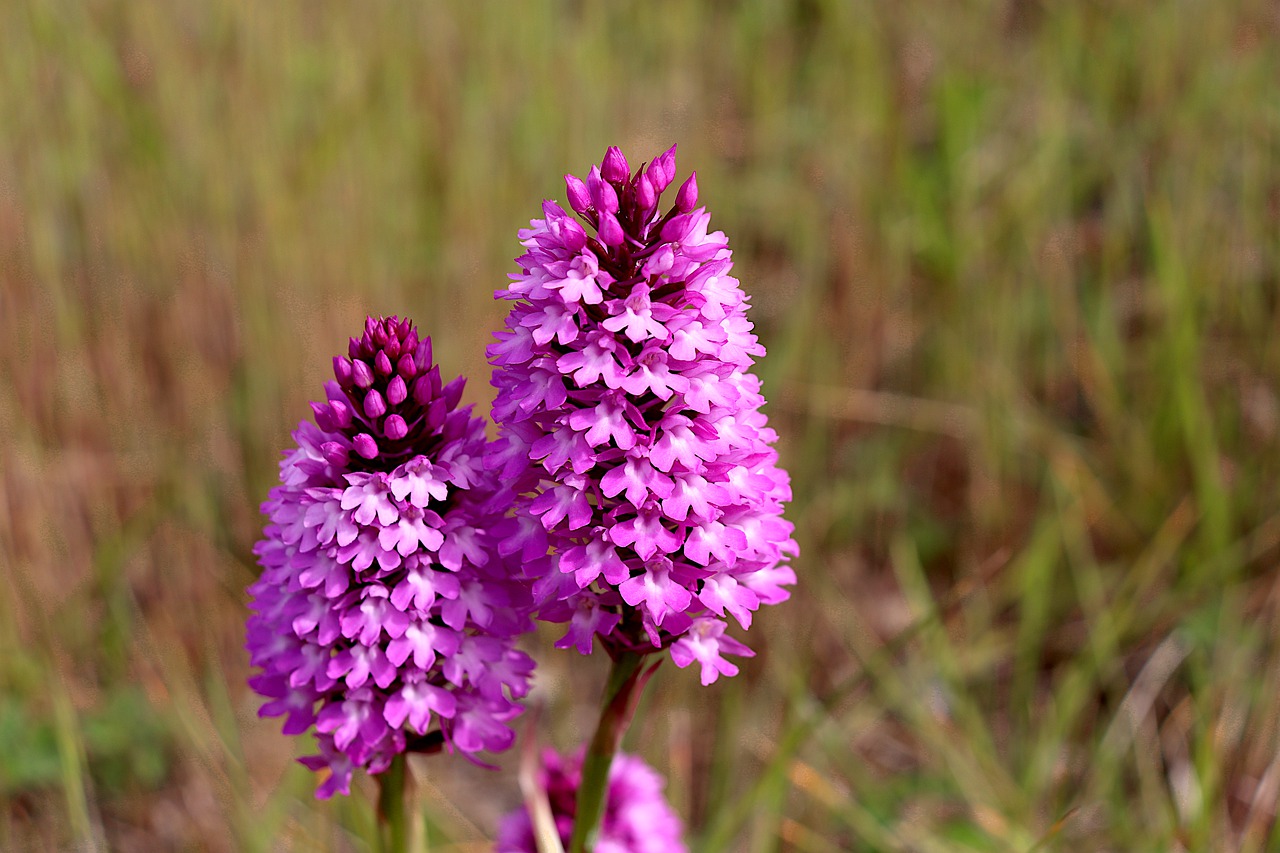 A Pair of Orchids

One thing I really like about this Bradt Guide to the Peloponnese is the inclusion of short - and sometimes not-so-short - feature boxes. These relate to the city or area or topic the author's writing about, enabling him to go into more depth about one aspect or another. So, near the entry for the town of Karadmyli, for example, you get a potted biography of the author Patrick Leigh Fermor, who lived there for many years, while for Mycenae there's a biography of the archaeologist, Heinrich Schliemann. In fact it was worth reading the book just to find out about Spyridon Louis, who won the first modern marathon race in 1896 and is a true Greek hero.

The 1896 Olympic Stadium in Athens

Each of the book's main chapters also includes a recommended walk, as the best way to appreciate the beauty of the Peloponnese is to get out on foot and into the countryside, or up the mountainsides. 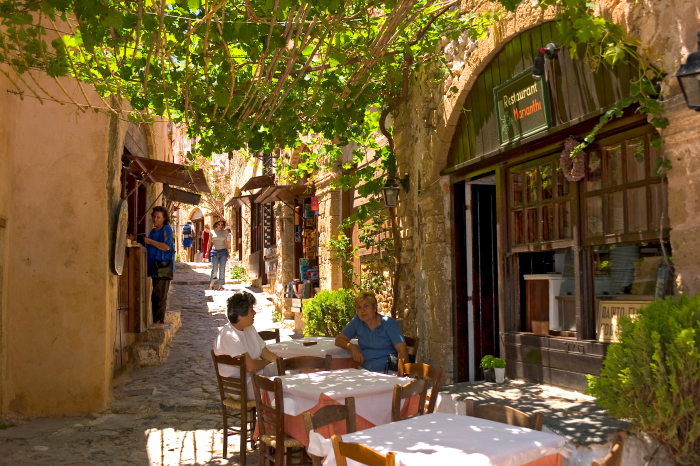 For all his familiarity with the Peloponnese, the author has lost none of his enthusiasm for the place, which caused him to want to live there for several years. He rightly sings the praises of the beauty of Nafplion, accurately describes Monemvasia as 'impossibly romantic', and manages to convey just what a special place Mystra is while also giving sensible, practical information about exploring the site.

All the major sights like Mystra and Mycenae are covered in depth, the driving directions are detailed, and the practical information is thorough, down to how many ATMs a town or village has, and where to find them. In short, you won't get a better guide to the Peloponnese than this.

You can buy this Bradt Guide to the Peloponnese on the Bradt website. 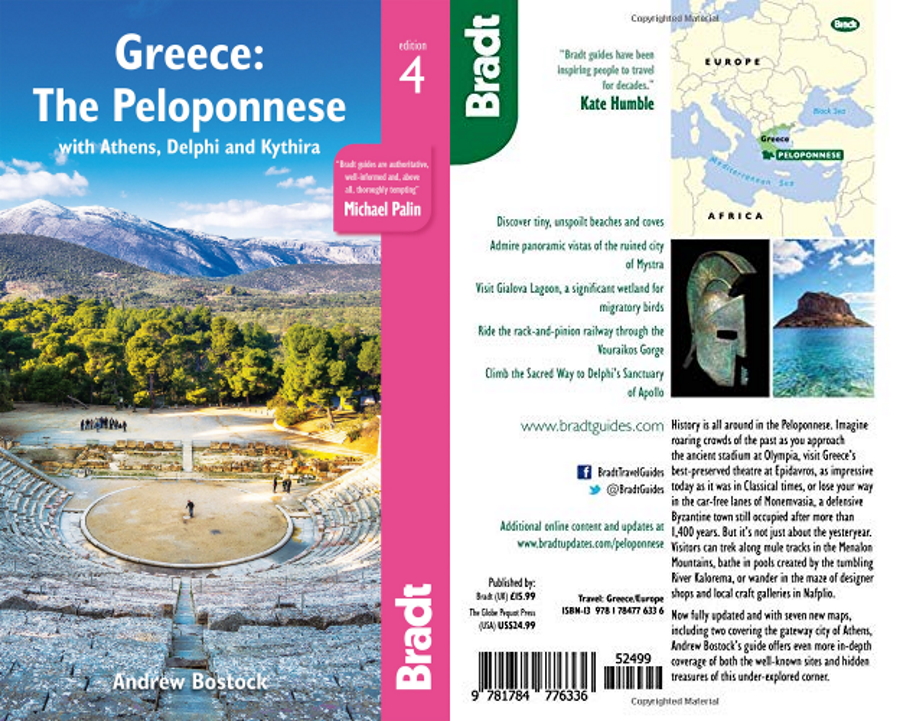