A Thing of Beauty

A Thing of Beauty by Peter Fiennes describes ‘Travels in Mythical and Modern Greece’ and places the Greek Gods in the context of modern-day Greece. 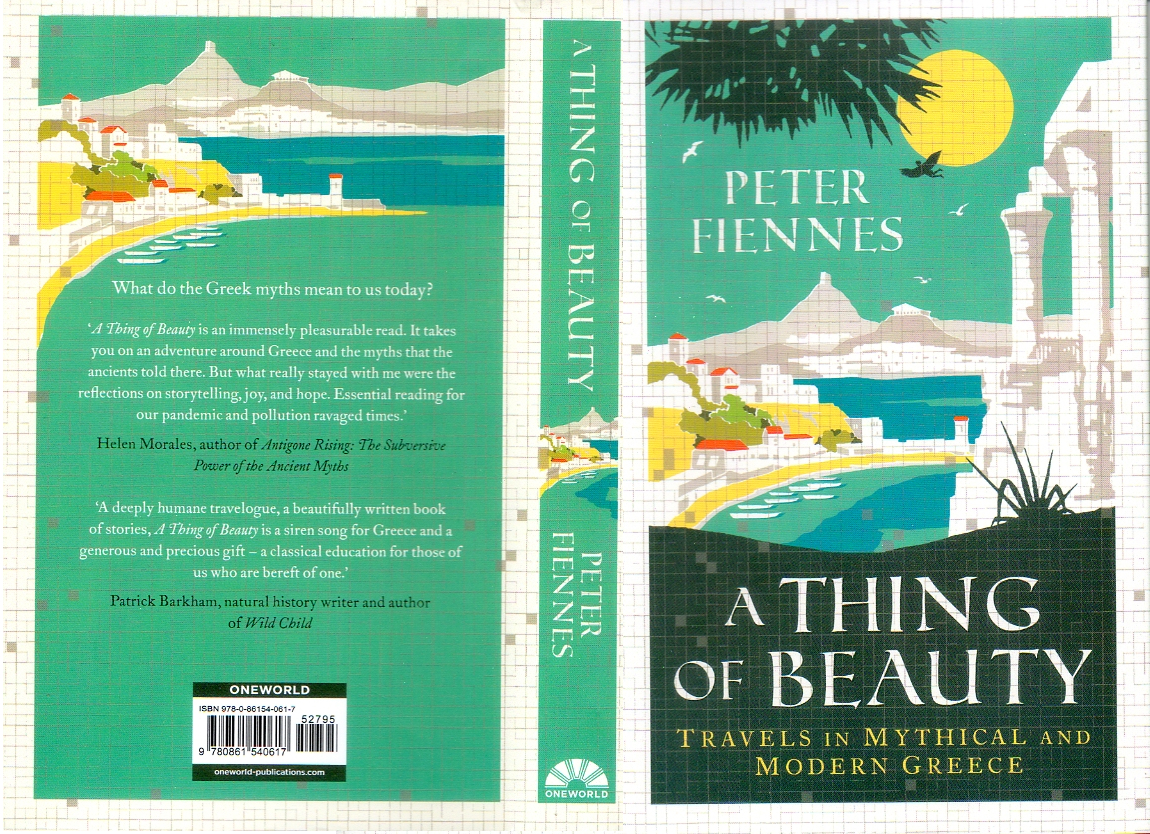 Here at Greece Travel Secrets we’re suckers, of course, for travel books about Greece. Our shelves are sagging with them. They include classics like Patrick Leigh Fermor, Lawrence Durrell, and Henry Miller, to more recent must-read titles like Eurydice Street and Wild Abandon. To this list can be added A Thing of Beauty by Peter Fiennes, an evocative and informative book whose sub-title sums it up: Travels in Mythical and Modern Greece. 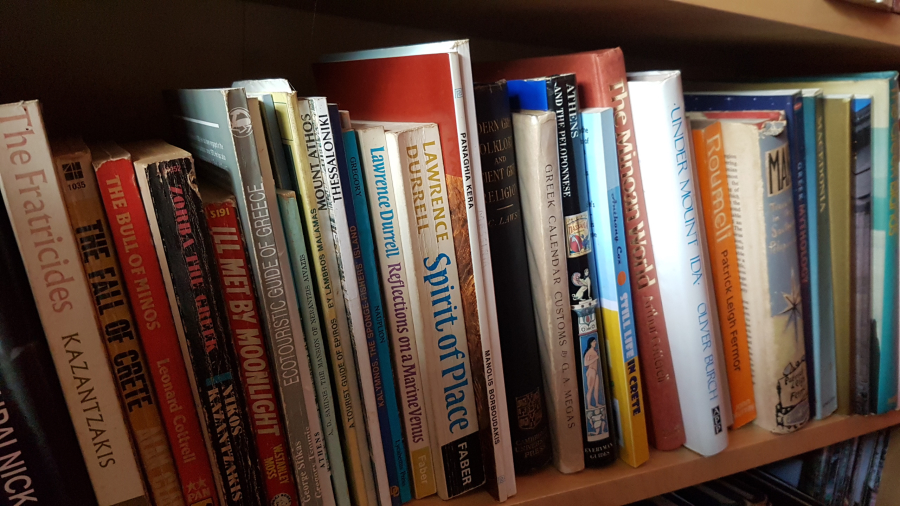 A Section of Our Bookshelves

Peter Fiennes used to be the publisher of London’s Time Out, the magazine and book publishers, and as such he says he says he spent years trying to create the perfect guidebook. Speaking as a guidebook author, I know that’s a laudable but impossible task. He’s also an author, his books including Footnotes: A Journey Round Britain in the Company of Great Writers (shortlisted for an Edward Stanford Travel Writing Award), To War with God: The Army Chaplain who Lost his Faith, and Oak and Ash and Thorn: The Ancient Woods and New Forests of Britain. This last was chosen by The Guardian as a Best Nature Book of the Year.

A Thing of Beauty

You would therefore expect his new book about Greece to shine when it comes to the nature writing, and it certainly does, though that is only one part of its multi-faceted appeal. It’s for anyone interested in the Greek Gods and their myths, the Greek countryside and wildlife, Greek politics and history, climate change and sustainable living, whether there’s any hope in the world today… and just how many Greek salads can one man eat? If you’re interested in more than one of those topics, it’s definitely the book for you. 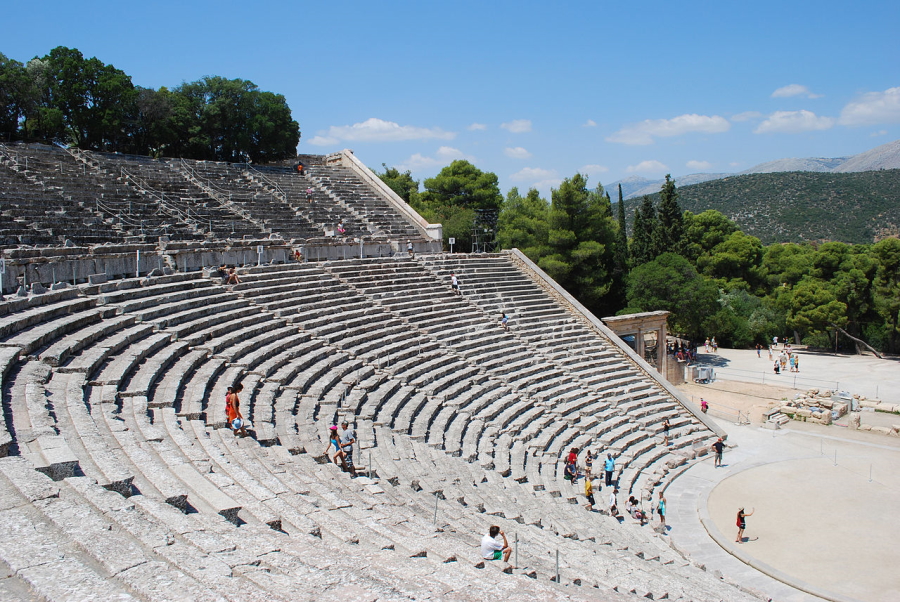 Epidavros in the Peloponnese

It’s the theme of the Greek myths which holds the book together, though, as the author travels around the country visiting the places where some of the more famous myths are said to have taken place. Beginning in Athens and ending in Epirus, via a drive around the Peloponnese, the author retells those myths as well as talking to present-day Greeks – some in pre-arranged meetings and others by chance – and asking everyone the question he’s most curious about: is there hope? It’s a serious question although the book itself is far from sombre, as the author has a light touch and is extremely funny in places.

In fact A Thing of Beauty begins not in Athens but in Nottinghamshire in England. At Newstead Abbey, to be exact, the ancestral home of George Gordon Byron, 6th Baron Byron, better-known to the world as Lord Byron, poet and Grecophile. The author’s travel plans were scuppered, or at least delayed, by the outbreak of Covid. But it’s thanks to this that we get a hugely entertaining chapter about Byron and his family, filled with salacious details, leading up to his love affair with Greece. Well, he’d had every other kind of love affair, why not with an entire country? 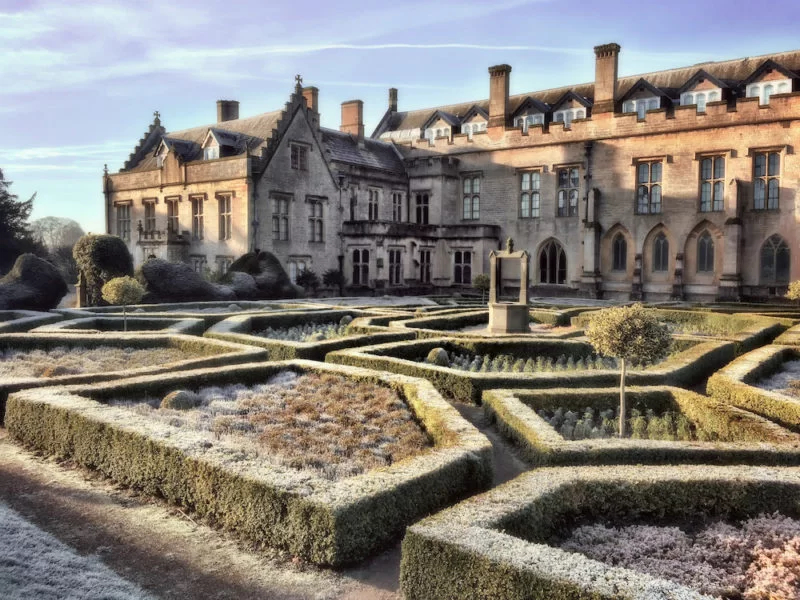 And while Covid is initially an impediment, it turns out to add what was probably an unexpected dimension to A Thing of Beauty. After all, it’s not in the least bit far-fetched to look upon the pandemic as a curse brought down on mankind by the Gods above, Greek or otherwise. This is another theme the author skillfully weaves into the tapestry of his story. 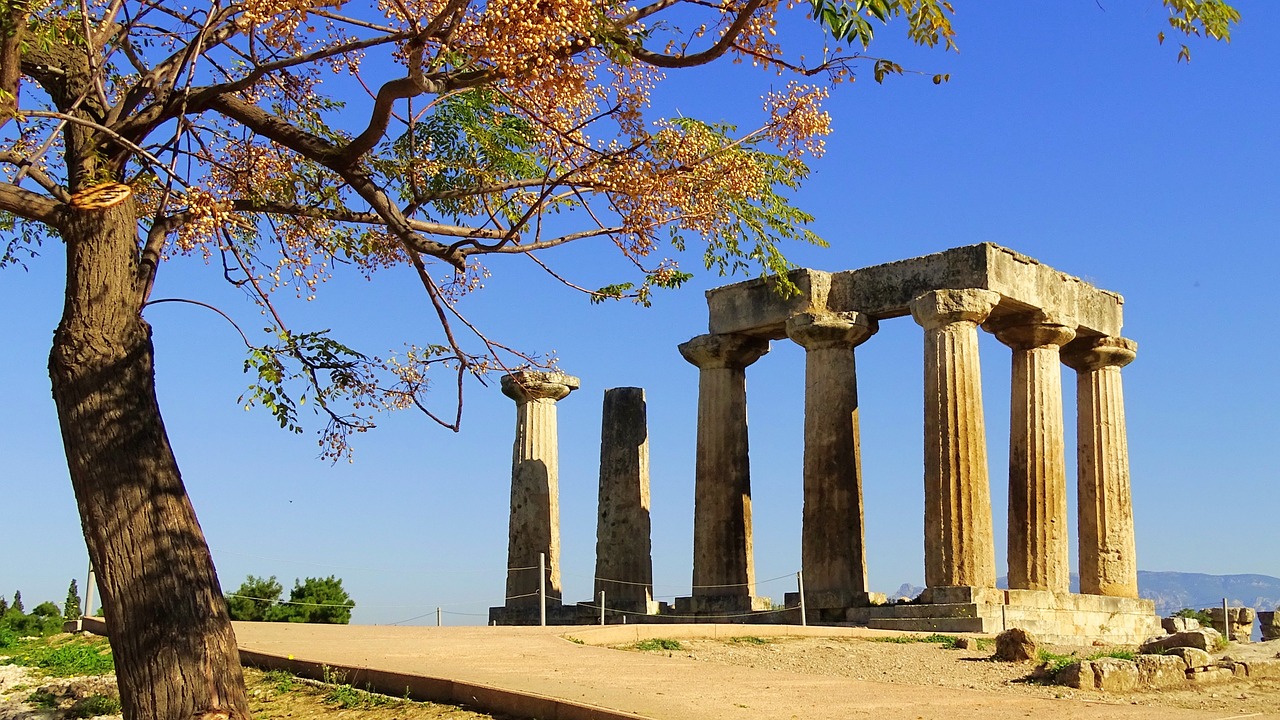 On the Road in Greece

Renting a car, and leaving his wife and son behind after a few family days, the author drives around Greece visiting such places as Eleusis, Corinth, Mycenae, Epidavros, Olympia, Delphi (where he encounters an online Oracle), Messolonghi (where Byron, or at least his heart, is buried), and ultimately to the wilds of Epirus, a majestic landscape threatened by voracious oil developers and by fracking.

While dealing with the immortal and almighty Gods, the author proves himself to be all-too-human, and very self-deprecating with it. He manages to get lost several times while hiking during A Thing of Beauty, stumbles across German nudists on a beach (not quite literally), and when he has at last treated himself to a decent hotel for the all-important visit to Delphi, he ends up in the worst room in the building, with the smell of tobacco and the sound of conversation – which is seldom whispered in Greece – both wafting in from a ventilation shaft of some kind.

For me the book builds to the best part, towards the end, where the author visits Epirus. Here he meets up with an ornithologist contact, Julian Hoffman, who lives in Prespa, and we’re treated to sightings that show just how rich parts of Greece are in birds and other flora and fauna. Even the ornithologist is impressed ('Good Lord!') by what they see in the Ambracian Gulf, a stone’s throw, literally, from the airport at Preveza which brings holidaymakers in by the charter-flight planeload throughout a normal summer.

In this section I learned where I’m definitely going to eat if I ever find myself in Mitikas, just outside Preveza: the Doctor of Hunger steakhouse, it has to be. It’s also in Epirus, at the Monastery of Rodia, that the author and his ornithologist companion meet an eccentric elderly Greek man named Costas, who for some reason seems to be gathering cyclamen. As they’re about to leave, Costas hands them a bunch of cyclamen and tells them with great feeling: ‘Remember what men are here for. It is to share stories about the things that matter.’

It’s a wonderful summing-up of what’s important in life, and Peter Fiennes should be proud of himself that in A Thing of Beauty he has done just that. He’s shared stories about things that matter.

Buying a Thing of Beauty

You can find links to where to buy the book, and read more about it, on the Oneworld Publications website.