Eurydice Street: A Place in Athens by Sofka Zinovieff is an honest account of what it’s like to move to Athens and live as a foreigner, learning Greek customs.

Eurydice Street, subtitled A Place in Athens, is a rare insight into life in the city beyond what the tourist sees. The author fell in love with Greece as a student, not knowing that years later she would marry a Greek man and go to live with him in his native city, Athens.

As a foreigner, she had a lot to learn about Greek customs, and what it was like to live in Greece’s capital city, and not just visit. However, she wasn’t alone. Her husband was returning after being an expat for many years, so he too had to adjust to how life had changed, and how he was regarded as a native Greek who had chosen to leave and live elsewhere.

It’s an amusing dichotomy, as some people wonder who in their right mind would want to leave Greece, while others wonder who wouldn’t want to leave this crazy country if they had the chance. Some people think both at the same time.

From two reviews of Eurydice Street

The author, who has Russian ancestry but grew up in the UK, soon discovers that living in Athens is very different from visiting it. She very quickly learns that punctuality is not a Greek trait. Everyone assumes that everyone else will be late, and as long as you’re all playing by the same rules, it works. Otherwise, if you arrange to meet someone in a restaurant at 9pm and you turn up at 9pm, you’ll be on your own for quite a while.

Zinovieff also learns that if you want to get a taxi, it’s no use doing what you do in other cities, and stand on the sidewalk waving your hand at a passing cab. In Athens, taxis are shared, a system brought in to compensate for a lack of taxis in the city. If a taxi already has one or two passengers, it’s going to be headed in a particular direction, so you have to dash into the road, lean over, and yell your destination at the taxi driver. If it suits him, he’ll stop, otherwise he’ll keep going.

Where is Eurydice Street? 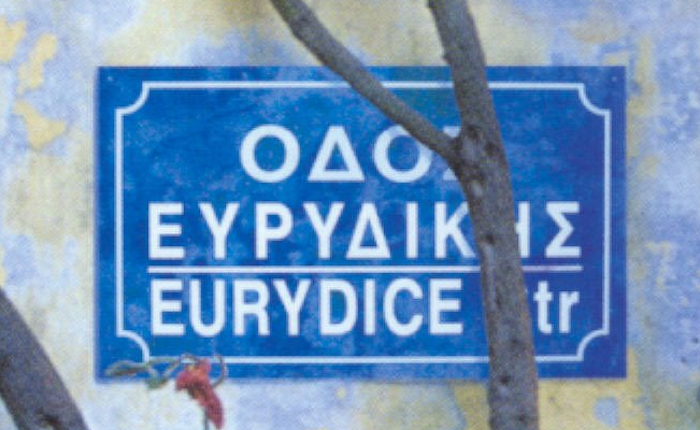 Where is Eurydice Street?

If you look at a street map of Athens, you won’t find a Eurydice Street (despite the apparent street sign above from the cover). Or at least I haven't been able to find it. The author must have changed the name, and presumably also details of her neighbors, whose lives she describes in some detail. She is also an anthropologist, so has a trained eye to observe sometimes small but telling details about people.

You might say she’s being diplomatic, which is fitting as her husband works as a kind of minor diplomat, as a Greek government employee (they met when he was the Press Attaché in Moscow). They already have two children when they move to Athens in 2001, so this gives another angle on life there – through the eyes of their children, and how they get by as parents. 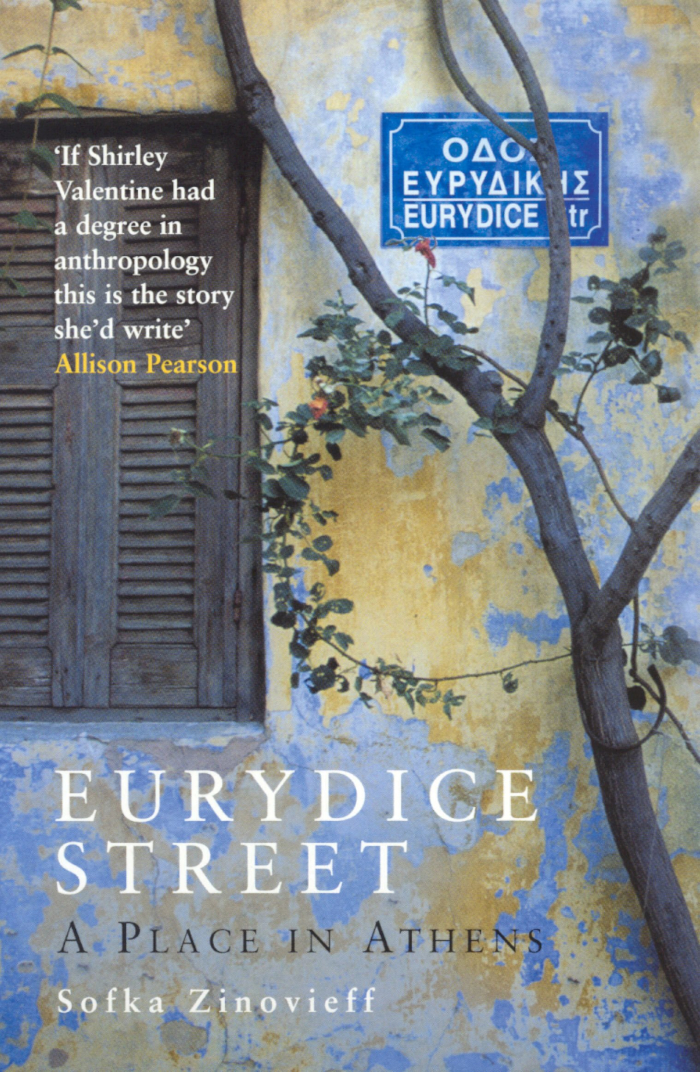 The author’s account covers her first year in Athens, and it starts in August. Having spent a fortnight in Athens in August, during a heatwave, I definitely sympathised with her. It’s no fun tramping through city streets when the temperature is over 100F (38C) for hours on end and for days on end.

The book is written chronologically, but for each section the author focuses on a particular topic, like Christmas, or a feast day, or Easter. It’s a clever device for giving a structure to the book, while going into detail about a particular aspect of life in Athens, but also moving their personal story forward as her husband deals with his job, and she deals with her own life and their children.

One thing she learns, by the end of the book, is that if a Greek becomes your true friend, he or she will be an undying friend, and will stand by you no matter what. She gives moving accounts of this kind of loyalty that she finds. The author is a gifted writer, who describes people and events in a way that makes you feel that you know the person, or were in the room at the time

It’s no wonder this book has stayed in print long after it was first published in 2004. If you really want to get an inside look into life in Athens, or in Greece generally, it’s well worth reading.