Piraeus is the port of Athens from where many ferries to the Greek islands depart, and it also has an Archaeological Museum and the Hellenic Maritime Museum. 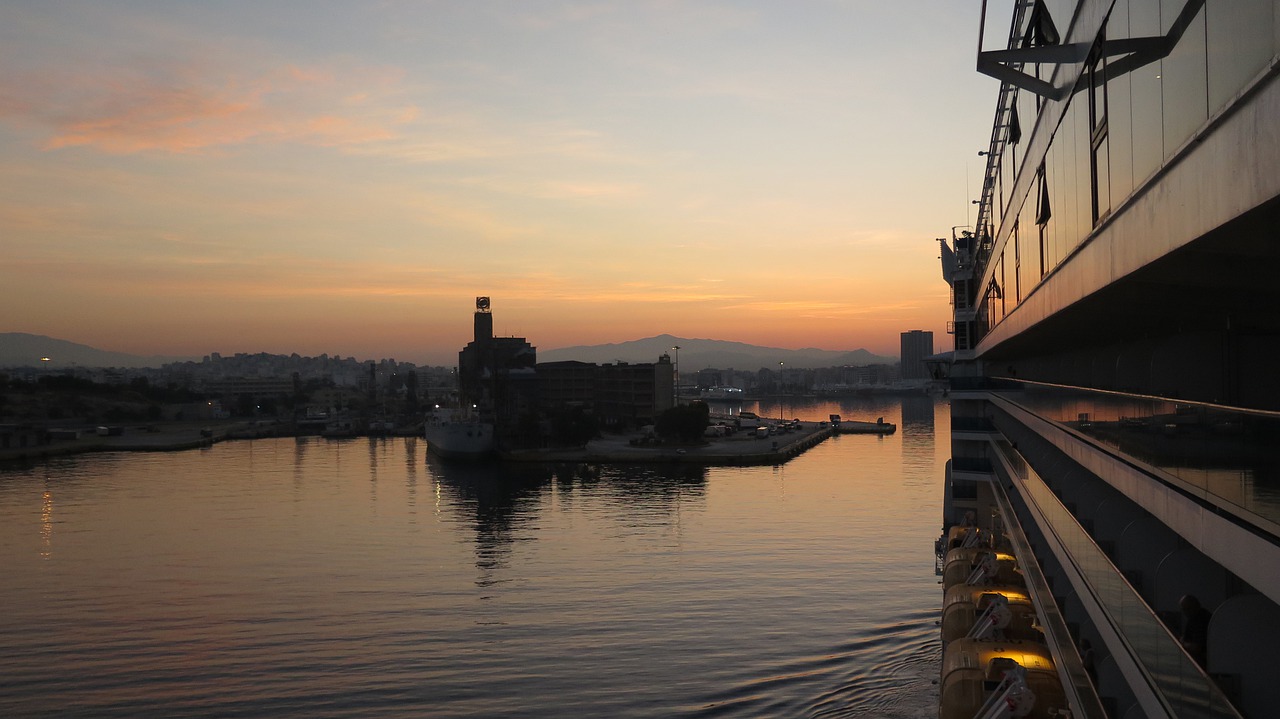 For some visitors, Piraeus is all that they see of Athens. They fly into the airport, take a bus or taxi direct to Piraeus, and board a ferry straight to one of the islands. Yet Piraeus has a cosmopolitan character and rough charm of its own, typical of ports around the world. Alongside the traffic and general chaos there are some handsome buildings, good fish restaurants, and two enjoyable museums. It has been a major port since about 500BC, and is still one of the largest in the Mediterranean. 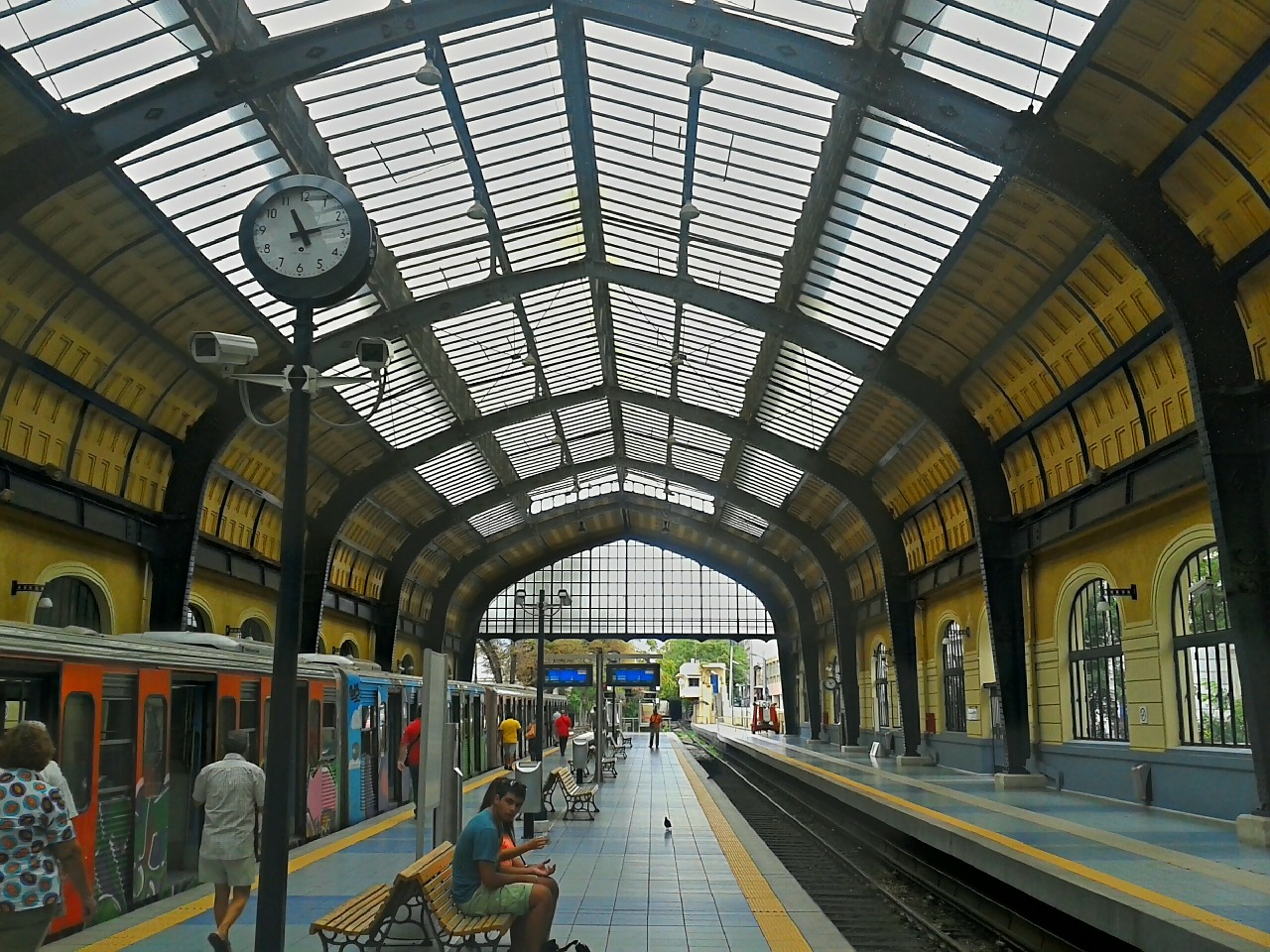 Piraeus is the last stop at the southern end of the Green Line, Line One, on the Athens Metro. If you're going to or from central Athens then the line connects with major stations including Monastiraki and Omonia. It's by far the best way to get to and from Piraeus, as buses and taxis can get bogged down in traffic.

If you have heavy luggage then a taxi may be your only option but allow plenty of time. The harbour at Piraeus is huge and if you're catching a ferry then you have to know beforehand where the departure point is, no matter how you get there. 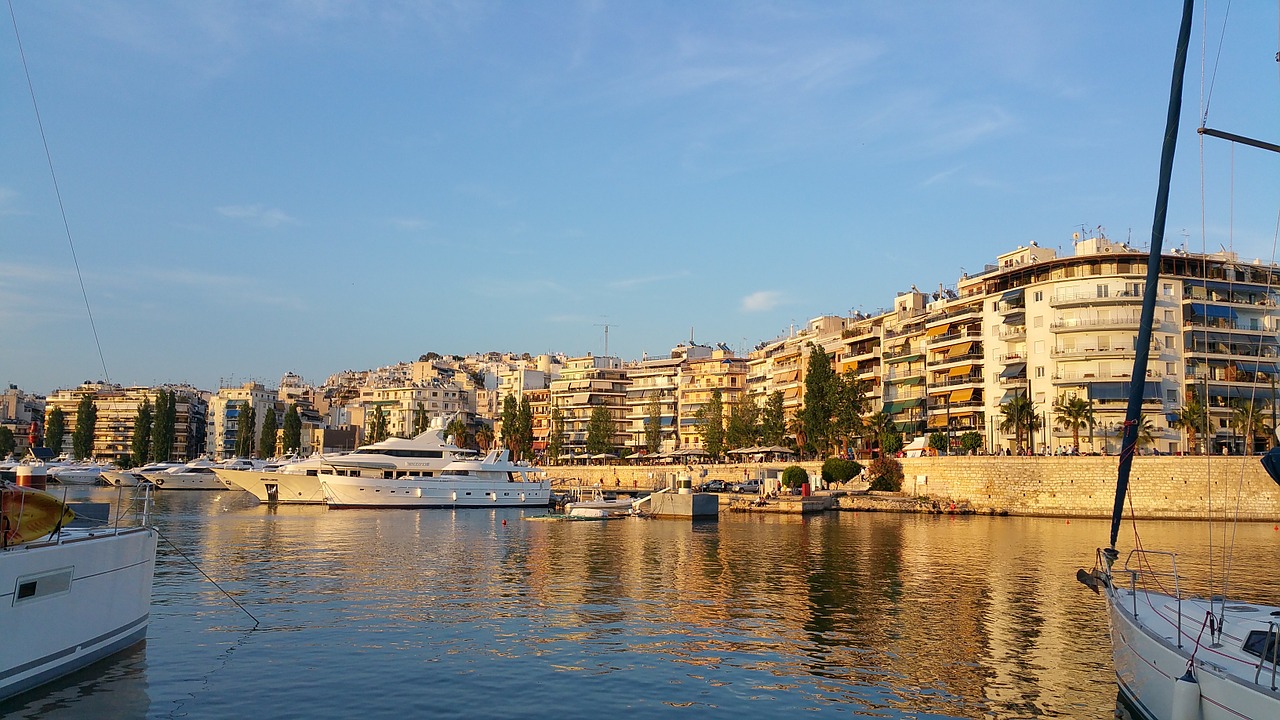 For example, here's a link to a map of Piraeus port from Blue Star Ferries, who have eight different departure points, depending on the destination. If you're departing from Gate E1, for instance, where Blue Star's boats to the Cyclades and Dodecanese currently leave from, then it's over a mile from the metro station, with lots of busy streets to walk along and cross over. 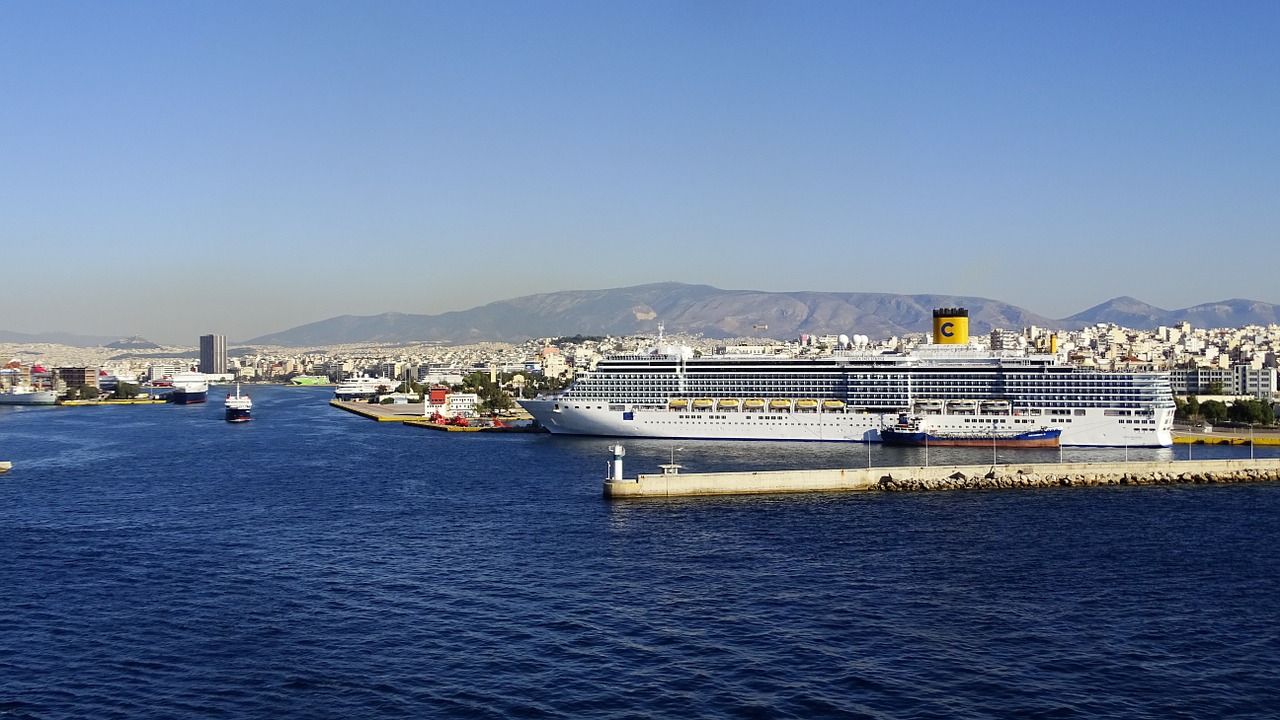 The layout of Piraeus can be confusing, partly because of how busy it is and also because of the indentations made by the various harbours, and it's easy to become disorientated. Kentriko Limani is the name of the main harbour with upscale shops and restaurants close by. There are also twelve gates, numbered E1-E12, and this number is what you need to know in order to find your ferry. Even then, once you get to the gate, it could still take you a while to find your particular ferry's departure point. 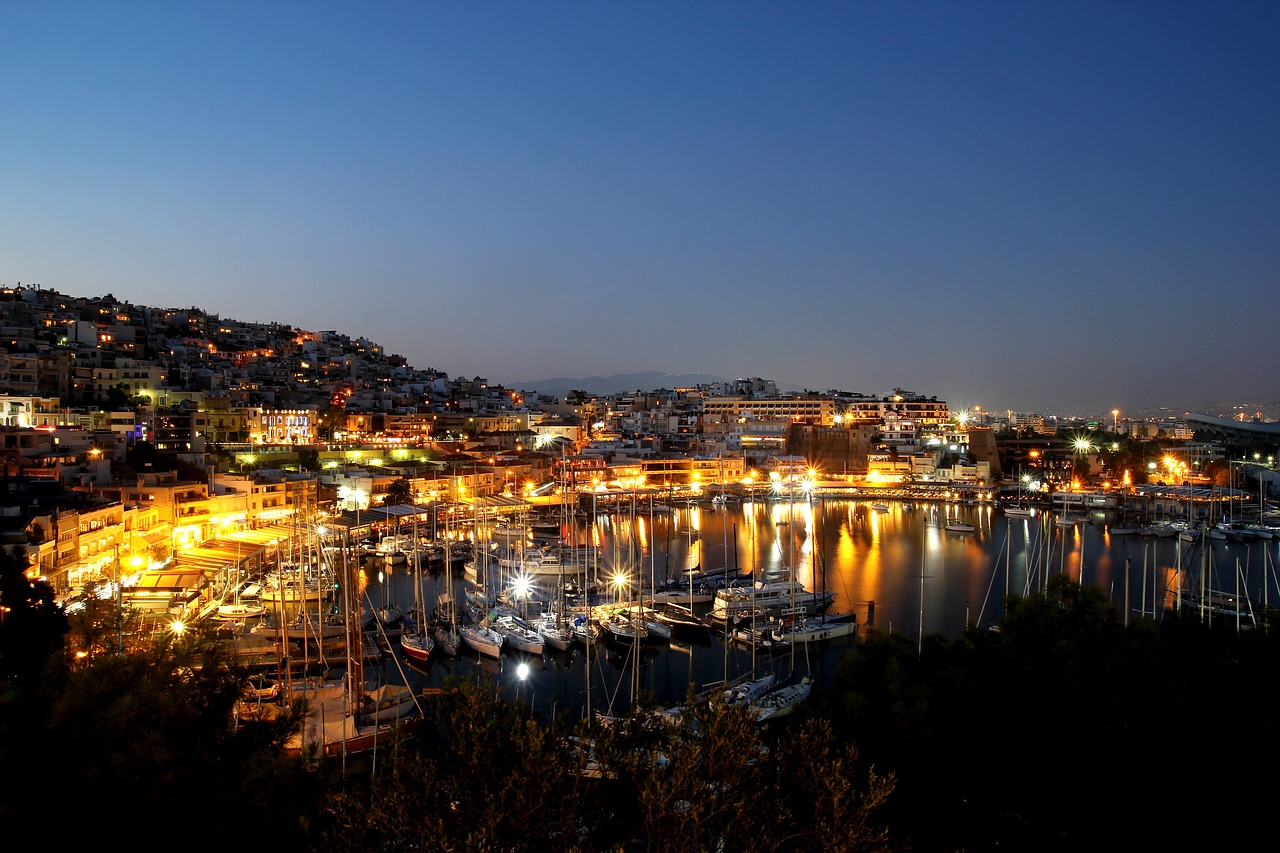 Piraeus to Athens and the Airport

If you're returning from the islands and would prefer to take a taxi rather than the metro, there are taxi ranks close to most of the gates. It should take about 20-30 minutes into the city centre, which will be metered, or 45 minutes to the airport, where fixed rates apply, with a more expensive rate at night.

You can get from Piraeus to Athens Airport on the metro, with one change at Monastiraki. There is also a direct overground train service, which goes straight to Athens Airport in about an hour. The train station is next to the metro station.

The X96 bus links Piraeus with the airport, and is a 24-hour service. It's the cheapest way at just a few euros, but also the slowest at about 90 minutes. It can also be tiring if you're unlucky and have to stand all the way. 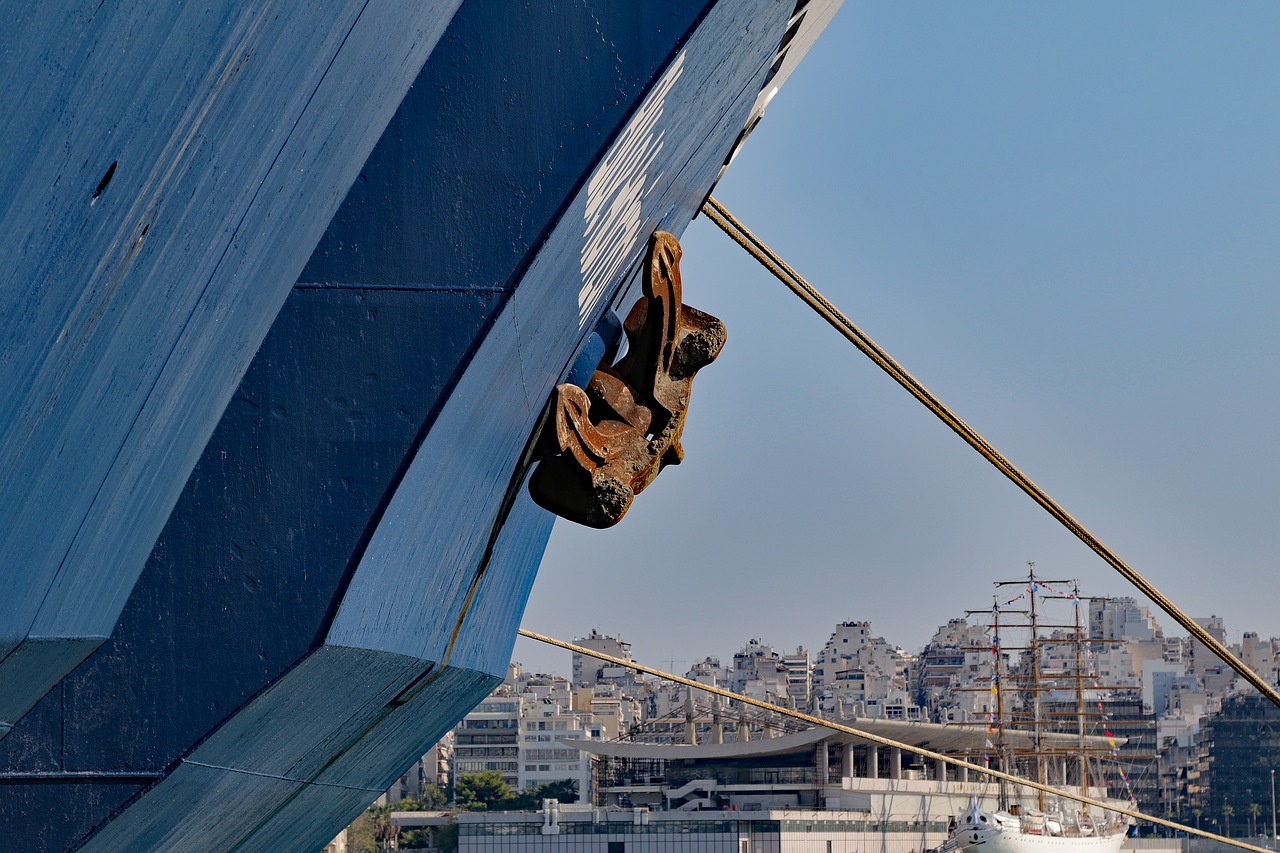 The bustle of life in Piraeus was well illustrated in the 1959 movie, Never on Sunday, which featured Melina Mercouri (later to become Greek Minister of Culture) as a Piraeus prostitute. This side of Piraeus life is also described in some of the rembetika songs, which originated here and can still be heard in the late-night clubs that flourish in the back streets, a world away from the tourist areas of central Athens.

Piraeus has its cultural highlights too, with a small but rewarding Archaeological Museum and the Hellenic Maritime Museum.

The prize exhibits in the Archaeological Museum were all found in the harbours around here. In 1930, a collection of stone statues was discovered in a sunken ship that was being used to transport the pieces from a Greek workshop to Italy. In 1939 the harbour also yielded up huge, magnificent bronze statues of Artemis, Athena, and Apollo.

The Hellenic Maritime Museum, previously known as the Greek Naval Museum, overlooks the Zea Marina Harbour and is easily recognised because of the old submarine that stands in front of it.

Greece has an illustrious maritime history, of course, and this collection of over 2,000 items covers a great deal of it, from the early days of the elegant triremes with their three levels of rowers, to the lone fisherman with his little caique, to the vast luxury liners and yachts of the immensely wealthy shipping dynasties.

How a Trireme Works

The whole story is told in a rich mix of paintings, photographs, maps, flags, uniforms, artifacts, and fascinating scale models of ships and boats.

Part of the museum is made from remains of the so-called Long Walls, or Long Legs, which were barriers built between 493 and 456BC to fortify the harbours at Piraeus, but which were largely destroyed in 86BC. The walls, which also connected Piraeus with Athens, were begun by the Athenian statesman and soldier Themistocles (circa 523-468BC) and were enhanced by Pericles during the Golden Age of Athens, when Piraeus was already a major port. 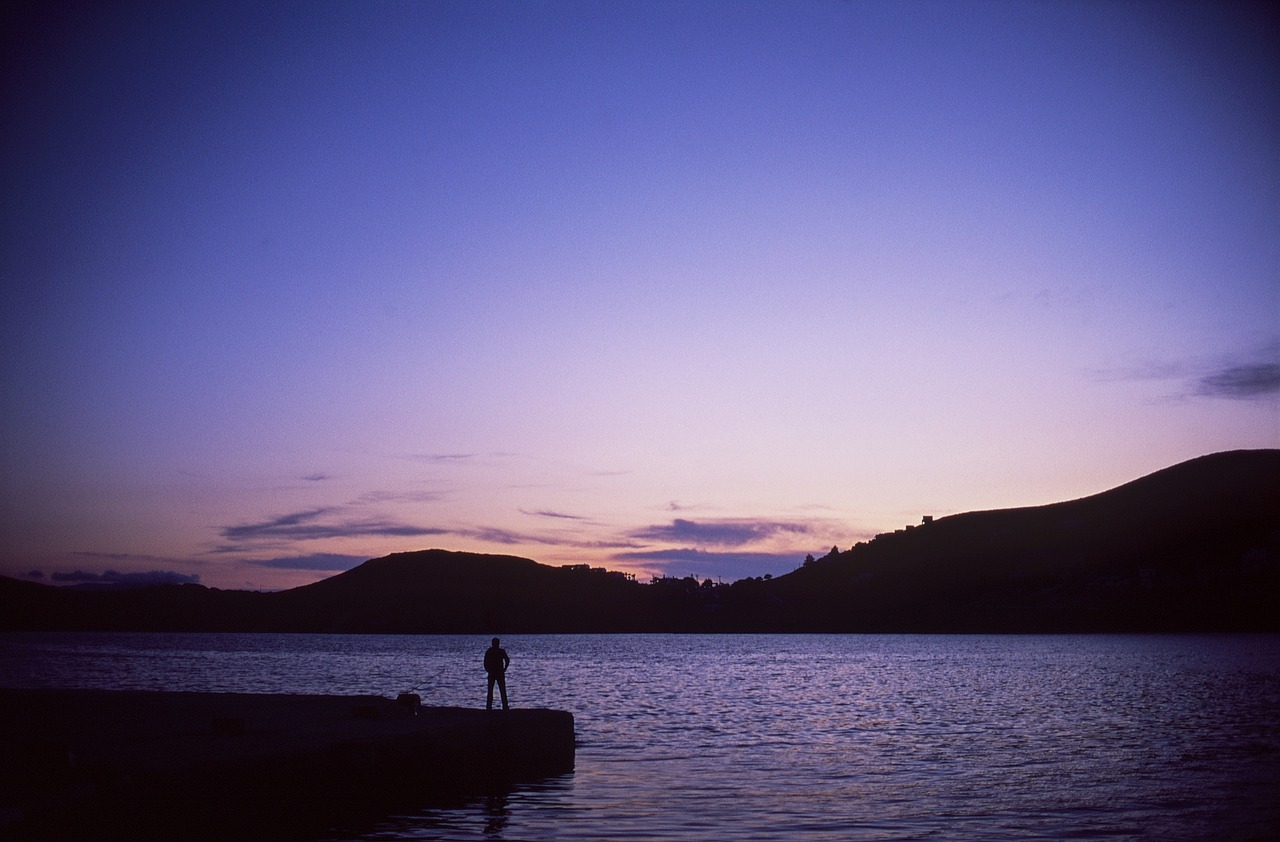 The Quiet Side of Piraeus

Piraeus has a number of upscale restaurants, especially around the smaller harbour of Mikrolimano, where luxurious yachts tie up alongside fishing caiques. Fresh fish is the dish to have, but it won't be cheap. The harbour makes a great place for an al fresco lunch, and those are especially popular on Sundays, or for a romantic evening meal any time, with a view of the bobbing yachts, twinkling lights, and the blue Aegean Sea beyond. For a few recommendations, see our page on Where to Eat in Athens and Piraeus. 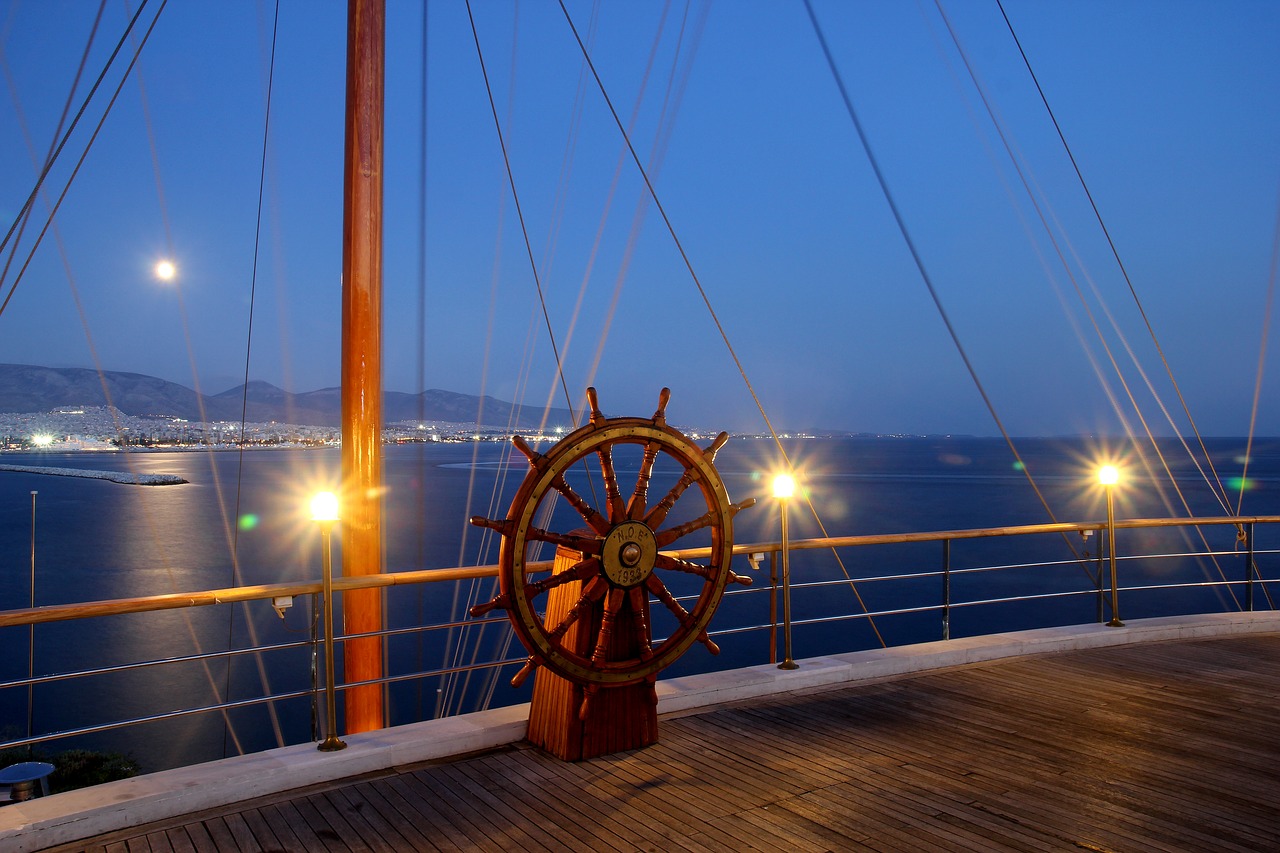 There's much more to Piraeus than just the port and museums. Read this and you'll find out: A Delicious Walk along Piraeus's Coastline.