In My Athens on Greece Travel Secrets travel writer Mike Gerrard describes what he loves about Athens including the Acropolis and eating! 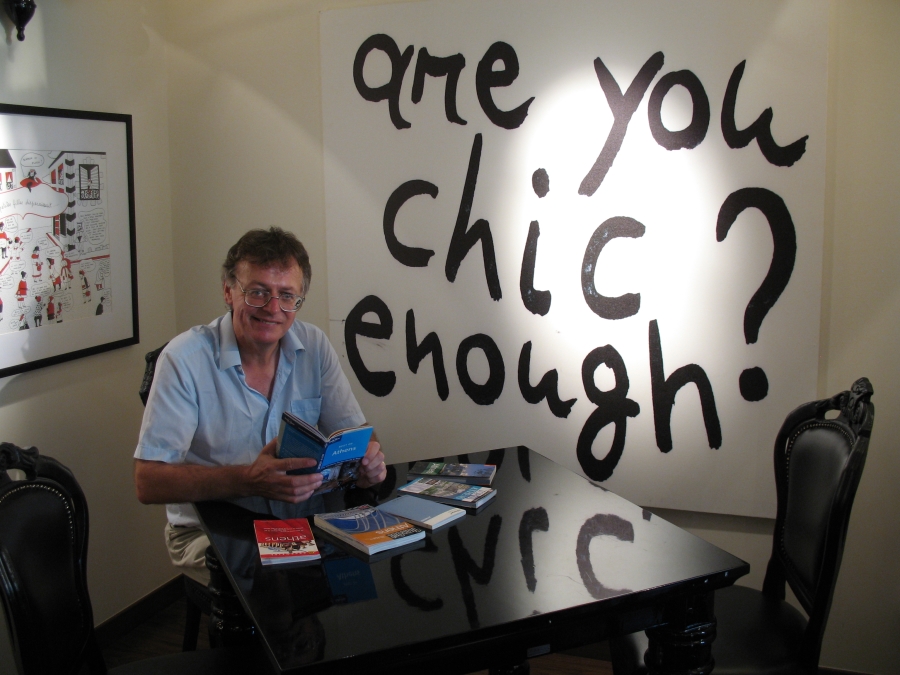 First impressions of Athens are seldom favourable. Certainly my own wasn’t, as a backpacking student trying to find a cheap hotel that was handy for an early-morning ferry to the Greek islands. The lingering memories of the city are of confusion, chaos, noise and traffic. Athens today is… still the same, thank goodness, but there is also now an improved Metro system, a new airport, swisher hotels, pedestrianised streets and even Michelin-starred restaurants.

What is wonderful about Athens is how it retains its strong character. The heart hasn’t been ripped out of the city in order to create a downtown business district or identikit shopping precincts. When you’re in Athens you could be in no other city in the world. Within 200 yards of the main Syntagma Square, where the Greek Parliament sits, you find several Byzantine chapels. Some, like the Little Mitropolis next to the cathedral, have stood there since the 12th century. Stand inside its cave-like interior, with candles flickering, and the 21st century traffic is a long way away.

Shopping in the Plaka

Traffic has long been a problem in Athens, and the city authorities have tackled it in various ways. One scheme attempted to limit traffic by only allowing cars with odd- and even-numbered plates into the centre on alternate days. The wily Athenians responded by buying two cars… or acquiring two sets of number-plates. But traffic is gradually being edged out of the city centre by increasing the number of pedestrianised streets. Ermou is no longer an obstacle course but a place for buskers and an evening’s stroll, window-shopping in the fashionable stores.

Most visitors make straight for the Plaka district, a warren of mostly traffic-free streets on the northern slopes of the Acropolis. It really comes alive at night when the restaurants open, and while there are several good eating places there, it is also home to some over-priced tourist traps, so take care. On one of the main Plaka streets, Kidathinaion (Greek streets are usually referred to by the one main word but confusingly have several alternate spellings), there are three basement tavernas, all of which can be relied on for inexpensive food and a true Greek atmosphere.

For my own first meal on any visit to Athens, though, I am torn between the old and the new. Am I in the mood for the lively 100-year-old Sigalas, where the food is plain but the waiters and customers endlessly entertaining, or do I want the sophisticated ambience of one of the fashionable new places? (Check what's currently ranking Number 1 for Athens Restaurants on TripAdvisor.)

Whichever I choose, once fortified by the food it’s time to tackle the city’s attractions. The Acropolis dominates the list of things to see in Athens, as it has dominated the Athenian skyline for thousands of years. Acropolis means ‘upper city’, and actually refers to the rock itself, on top of which the Parthenon building has stood since the 5th century BC, when the visionary statesman Pericles initiated what became known as the Golden Age.

The Acropolis at Dusk

Thanks to iron in the marble, the Parthenon often emits a golden glow at sunset, but the time to visit is early morning as soon as the gates open. It is worth the early start to beat the crowds (and the heat in summer) and to have time and space to wander… and wonder. Descend the main steps on the northern side of the Acropolis to see the Roman Odeon of Herodes Atticus (above) and the adjacent Theatre of Dionysos, the first stone theatre in the world where 17,000 people would sit to see the premiers of plays by writers including Sophocles and Aristophanes.

Across the road from this ancient place is one of the city’s newer attractions: the Acropolis Museum. This opened in 2009 and is one of the most exciting museums in the city. It shows finds from the Acropolis site, as well as fascinating explanations on how that remarkable building was constructed. Glass floors reveal what was found below, when the museum itself was being excavated, while on the upper floors the museum has been designed to give fabulous views of the Parthenon and other buildings of the Acropolis. It shows what the Parthenon would look like if the controversial Elgin Marbles, now held in London’s British Museum, were returned to their original home. 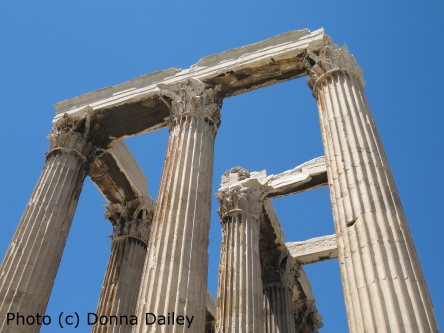 Walk from here round towards Syntagma Square and you pass two more of the city’s ancient monuments: Hadrian’s Arch and the Temple of Olympian Zeus (above). The arch was one of the gateways to the city and built in the 2nd century AD, as was the Temple, which in its day was the largest in Greece, bigger even than the Parthenon. Although only 15 of the 104 original columns remain standing, its grandeur is undiminished.

Nearby is one of the city’s most graceful structures, the Olympic Stadium, built in 1896 when the Olympic Games were revived. There is not a great deal to see, except the beautiful smooth lines of the 47 rows of seats, which hold 60,000 people, and the occasional jogger or athlete making use of the running track. Photographers have a field day here, trying to capture the patterns and angles made by the rows of stone seats, and the simply symmetry of the place. 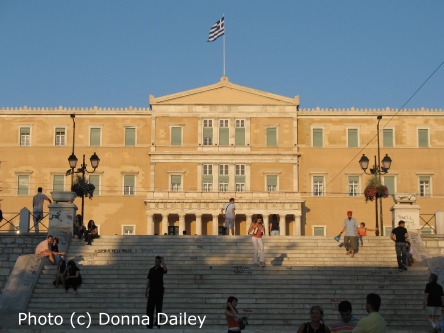 Amble through the National Gardens, where Athenians go to read their newspapers or get some shade from the summer sun, and emerge on Syntagma Square. At the top end stands the Greek Parliament building (above), the Vouli, where the Changing of the Guard takes place on Sunday mornings: always an entertaining spectacle.

So too is the Sunday morning flea market, which you’ll find from dawn until early afternoon along the stretch of Ermou between Monastiraki Square and the Kerameikos Cemetery. You may not find too many conventional souvenirs here – unless you collect pornographic videos, flags of the world, ancient sewing machines and all the other fascinating junk that these markets throw up – but you will get a true flavour of the real Athens, and how close it still is to the bazaar culture of the Middle East.

Athens Travel Tip
Bear in mind that most museums close on Mondays, so if you plan on extending a weekend stay tag the time on at the start of the weekend, not the end.

Sunday, too, is the best day for seeing the National Archaeological Museum, the other major unmissable attraction in Athens along with the Acropolis. And the earlier the better, as it does get crowded with tour groups later in the day. Make for the Mycenean Hall, where the golden treasures found at Mycenae by the archaeologist Heinrich Schliemann are on display (see above). Other highlights include a magnificent bronze statue of Poseidon, and the ‘Jockey-boy’, another bronze of a young boy riding a powerful horse. But these are just a few of the jewels in the world’s greatest collection of the riches of Classical Greece.

And this museum may be the best in the city, but is far from being the only one worth visiting. Like any major city, there is far more in Athens than can be squeezed into one short weekend, so the longer you can stay, the better

Other sights to see include the Museum of Greek Folk Musical Instruments in the Plaka, where you can listen to the exhibits… and I have even seen people dancing in here, lost in the sounds coming over their headphones. More sedate is the Museum of Cycladic Art, where beautifully-lit samples of the finest Cycladic sculptures seem to float in space. These 3000-year-old works of art have inspired modern artists including Picasso and Modigliani.

The Museum of Greek Musical Instruments
Photo by Donna Dailey

Although on my first visit I was glad to see the back of Athens, now I find it hard to drag myself away. On one memorable visit, having spent a couple of weeks researching a guidebook, I went for a final lunch at Sigalas, a regular port of call. By now the waiters knew me. When I’d finished my main course, I was given a free plate of glistening apples for dessert. When my wine bottle was empty the waiter, with a wink, deftly slipped me half a bottle that had been left undrunk on another table. There was no fawning, no seeking after a tip, just the kind of generous and fun gesture you can’t imagine happening in London or Paris or indeed many other cities in the world. This was my Athens.