In and around Monastiraki in Athens you'll find the flea market, Athens cathedral, the little Mitropolis, the Kerameikos Cemetery, the Benaki Museum of Islamic Art, and the lively Psirri and Gazi nightlife districts. 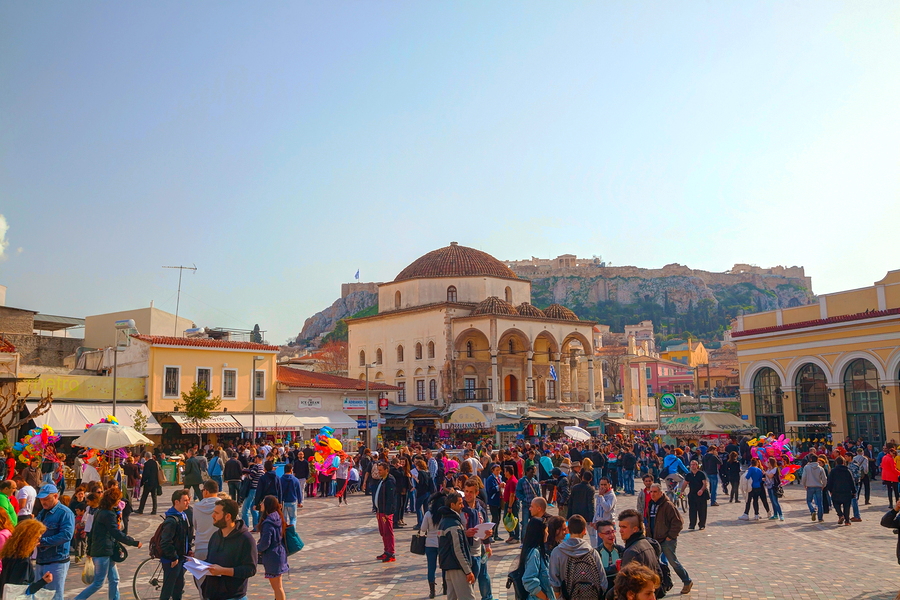 Centered on the square of the same name, where the metro station is, the district of Monastiraki is one of the most vibrant and exciting shopping areas in Athens. This Greek flea market with its shops and stalls sells everything from holy icons to old copies of Playboy. Bordering the pleasant and pedestrianised Plaka district, Monastiraki is a rough and ready hubbub of activity.

Monastiraki Square (Plateia Monastiraki) today is not at all reminiscent of the monastery that once stood on this site and gave the place its name. The 10th-century Church of the Pantanassa is all that remains of the monastery, an incongruous sight surrounded by busy restaurants, but typical of the juxtapositions you find in Athens.

Monastiraki metro station also stands on the square. It opened in 2003 and during excavation many antiquities were unearthed. These are showcased in the station as found, behind protective panels. The station is the junction for Line 1(Green) and Line 3 (Blue), so from Monastiraki you can get without changing to both Piraeus and to the airport.

Walk westward from the square, away from the Plaka and to the right of the metro station entrance, and you enter the flea market. Hundreds of shops line the main street and the side streets, many aimed at the visitors who spill over from the Plaka.

The farther you go, the more varied the shops become. If you want to buy a traditional Greek copper coffee pot, or a bouzouki, this is the place to come. There are shops selling clothes, shoes, suitcases, CDs, books, videos, antiques, paintings, postcards, musical instruments, electrical appliances, kitchen equipment, and general junk. You name it, you'll find it here.

Shopping here has the flavour of a Middle Eastern bazaar. Shopkeepers will try to coax you in, but usually in a jovial rather than pushy way. You're more at risk from pickpockets, so be vigilant.

The market is busy every day of the week, but the biggest crowds and best spectacle with more stalls set up as well as the shops, is on Sunday morning. On Sundays the market expands, extending as far as the Kerameikos Cemetery and beyond. The crowds can be so intense that occasionally everything comes to a halt in a human traffic jam. It's all very good-natured, with the occasional bit of Greek drama thrown in. 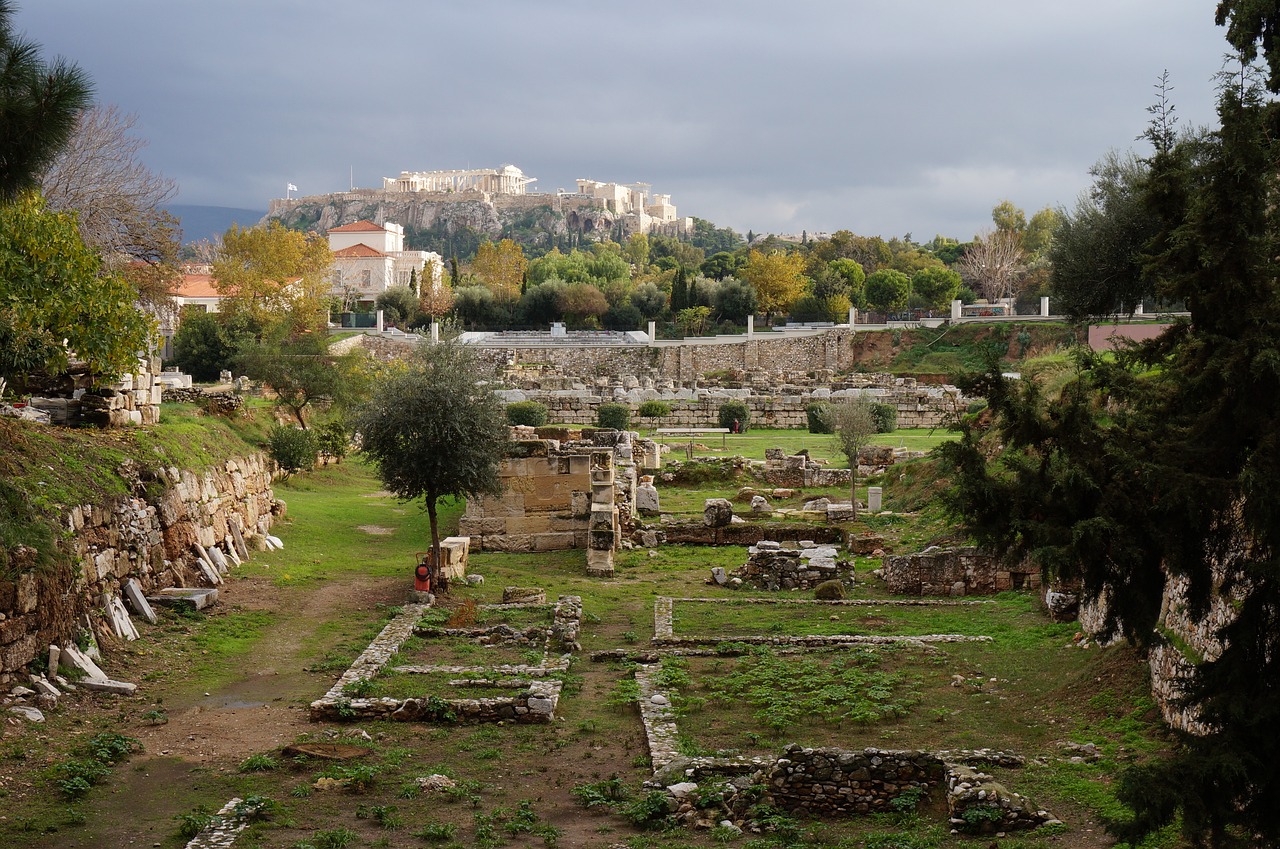 Try to visit the cemetery at Kerameikos, though if you're in a hurry then Sunday morning is obviously not the best time. The name comes from the potters of the ancient city. Keramos was the patron saint of potters, hence the word ceramics. The cemetery is a peaceful haven, with much greenery and wildlife. It first served as a burial ground in the 12th century BC, and many ancient tombs still remain, most notably along the central Street of the Tombs. Take a look, too, at some of the incredibly moving grave inscriptions on display in the site's small museum.

Walk from the cemetery back east along Ermou, past Monastiraki Square, and you reach another much more peaceful and graceful square, known as Cathedral Square, or Plateia Mitropolios. There are in fact two cathedrals side by side here, the little and the large cathedrals. 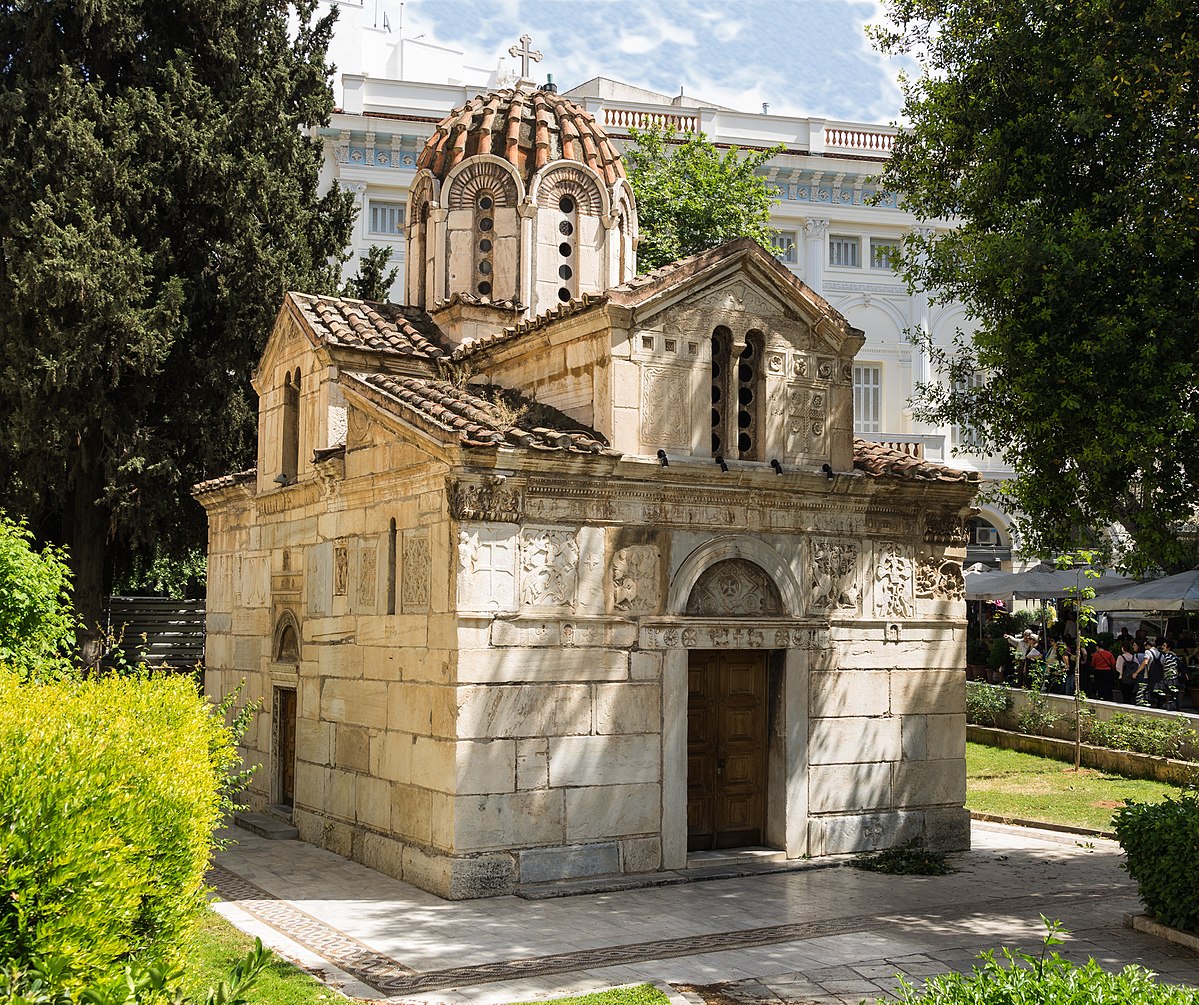 The Little Mitropolis (Mikri Mitropoli) is a charming and tiny church dating back to the 12th century and dedicated to Agios (Saint) Eleftherios. Its cave-like interior is usually lit only by the glow of votive candles, and it exudes an air of peace and spirituality. Outside, don't miss the delicate carvings that grace its walls. 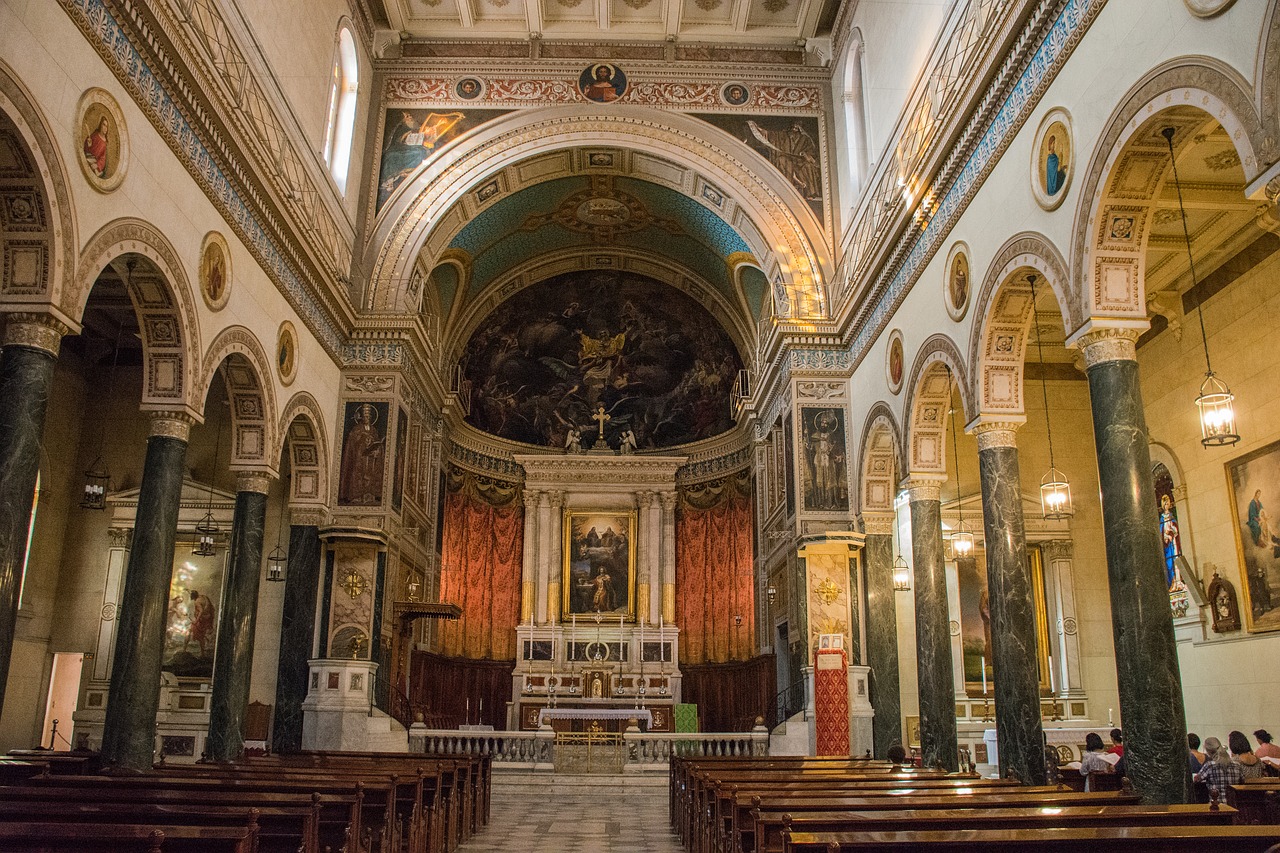 Next door is the Great Mitropolis (Megali Mitropoli), which is the cathedral of Athens, constructed in the mid-19th century. Note the detailed and colourful mosaics that stretch above the impressive entrance. The cathedral is used on formal occasions, such as for funerals of distinguished Athenians.

Next door to Monastiraki, to the north of Ermou and west of Amerikis, is the district of Psirri. Psirri today is unrecognisable from the rather run-down corner of Athens it once was. and where there used to be builders' merchants and auto-repair shops there are now fashionable ouzeries, excellent restaurants, bars, and music clubs. 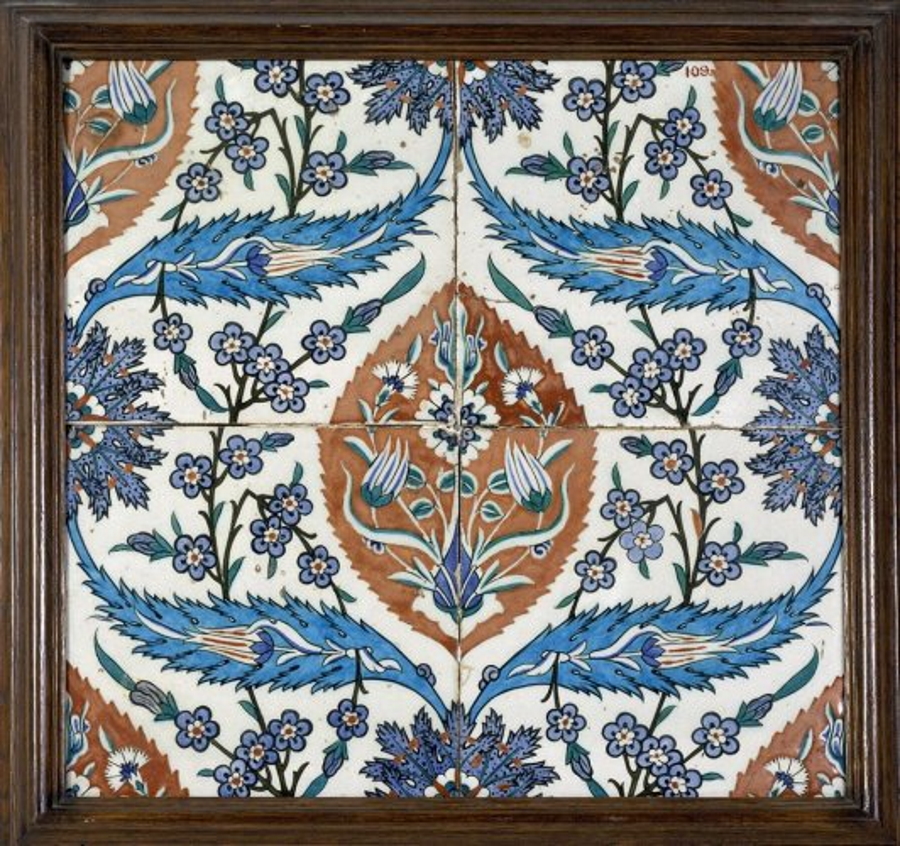 From the Benaki Museum of Islamic Art Collection

In the western part of Psirri is one of the city's best small museums, the Benaki Museum of Islamic Art, which houses all the Islamic items that used to be on display at the main Benaki Museum, and many more that there was simply no space to put on show. It's a collection of truly exquisite items, and not to be missed. 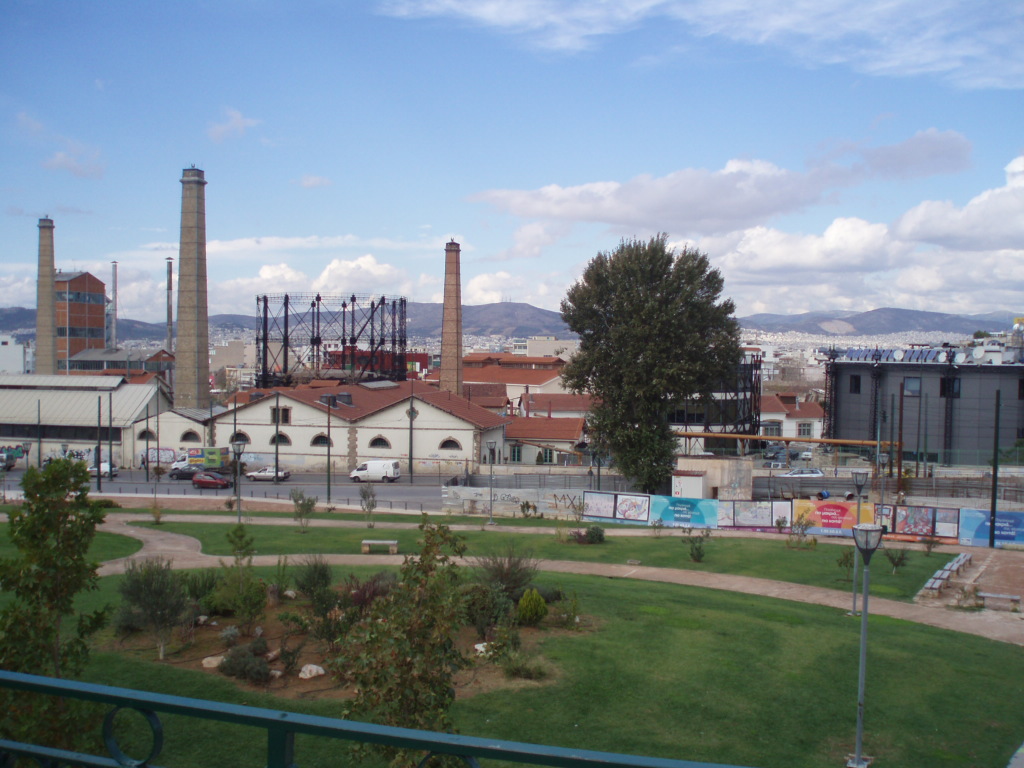 West of Psirri is the district of Gazi, which also started to re-invent itself following on from Psirri's transformation. A former gasworks has been turned into Technopolis, the kind of cultural centre that would grace any capital city, holding changing art and photography exhibitions, with evening concerts too. It's also an industrial museum.

So, if you have a few days in Athens, be sure to explore beyond the Acropolis and the Plaka, and see what you find in and around Monastiraki, Psirri, and Gazi.