The Pnyx hill near the Acropolis is one of Athens' true hidden gems, a place to wander freely away from the crowds and discover ancient places and mysteries. 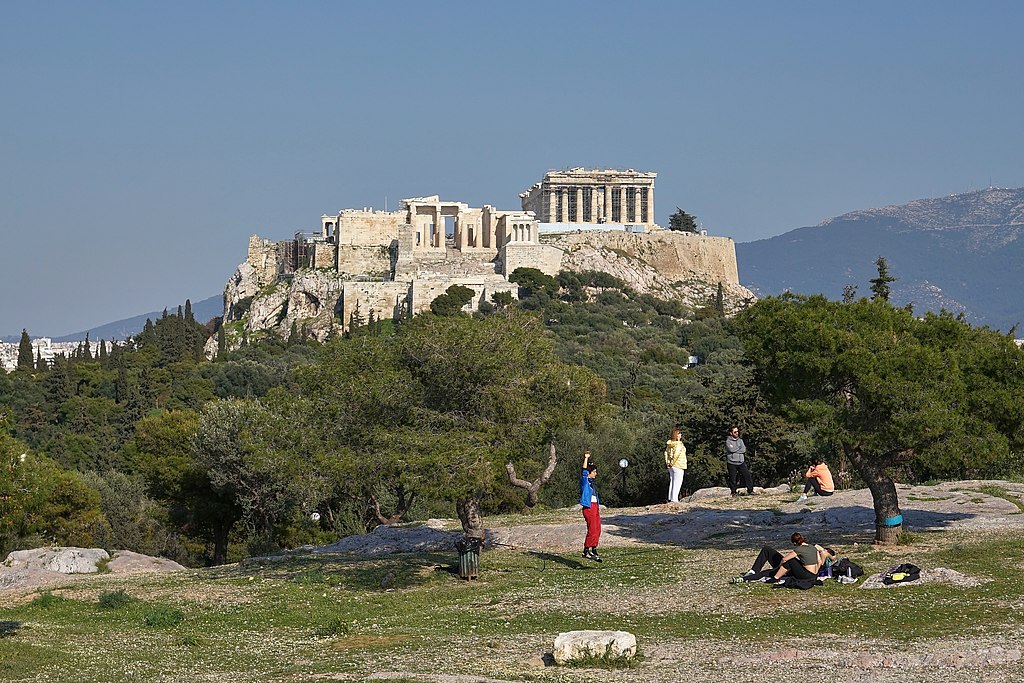 The Acropolis as seen from the Pnyx Hill in Athens
Photo by George E. Koronaios

This green and hilly retreat is across the road from the Acropolis, yet few tourists take in this fascinating part of the city. Most visitors are ferried to the Acropolis in coaches and do not have the time, or inclination, to head in the opposite direction. It's a great shame as it's dotted with ancient ruins and some curiosities.

It's a lovely place to just wander at random. To us it's one of the truly hidden gems of Athens - sorry for the cliché, but it is. We've no doubt that in years to come as more parts of it are excavated and explored, more treasures will come to life and it will be one of the city's top attractions. At the moment one of the pleasures is that it's definitely a place for the curious - it's not that well signposted, and there's not much to tell you what the various places are. That is bound to change. 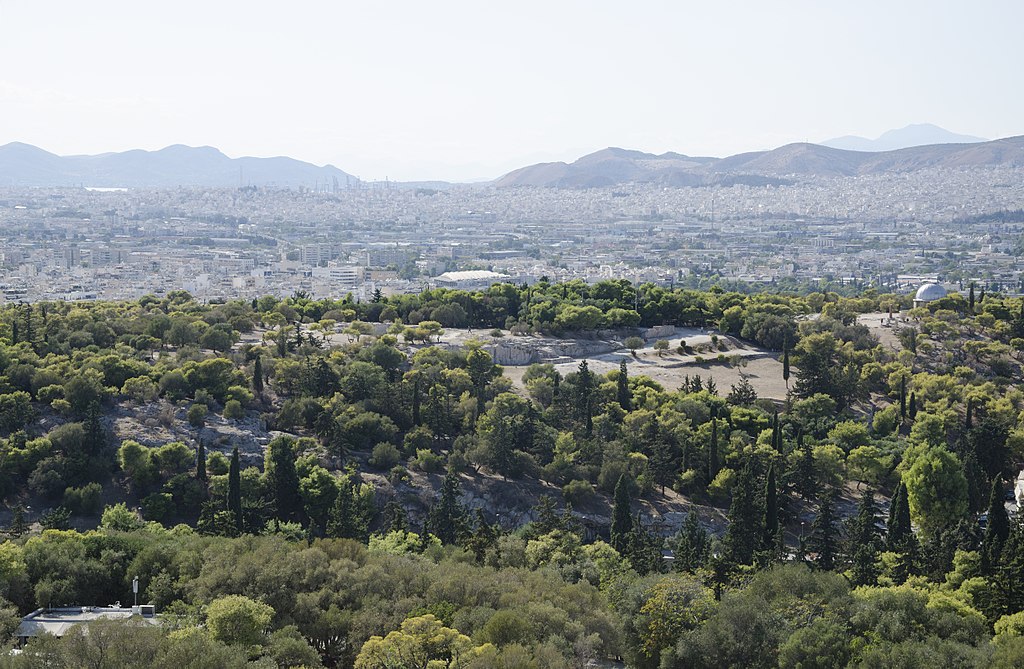 View of the Pnyx from the Acropolis
Photo by Peulle

The Pnyx (or Pnyka) itself is where, in the golden days of Periclean Athens, the Athenian Assembly would meet in the amphitheatre, and crowds would gather to hear the great orators of the day. The first meetings known to have been held here were in 507BC. Quite how many people could meet here is not known for sure, but estimates are anywhere from 6-13,000.

Many famous historical Greek names addressed the public here, including Pericles, Aristides, and Demosthenes. You can still see the Stepping Stone or Speaker's Platform from which the orators would speak. Use a little imagination and some incredible images will come into your mind while you look around here. 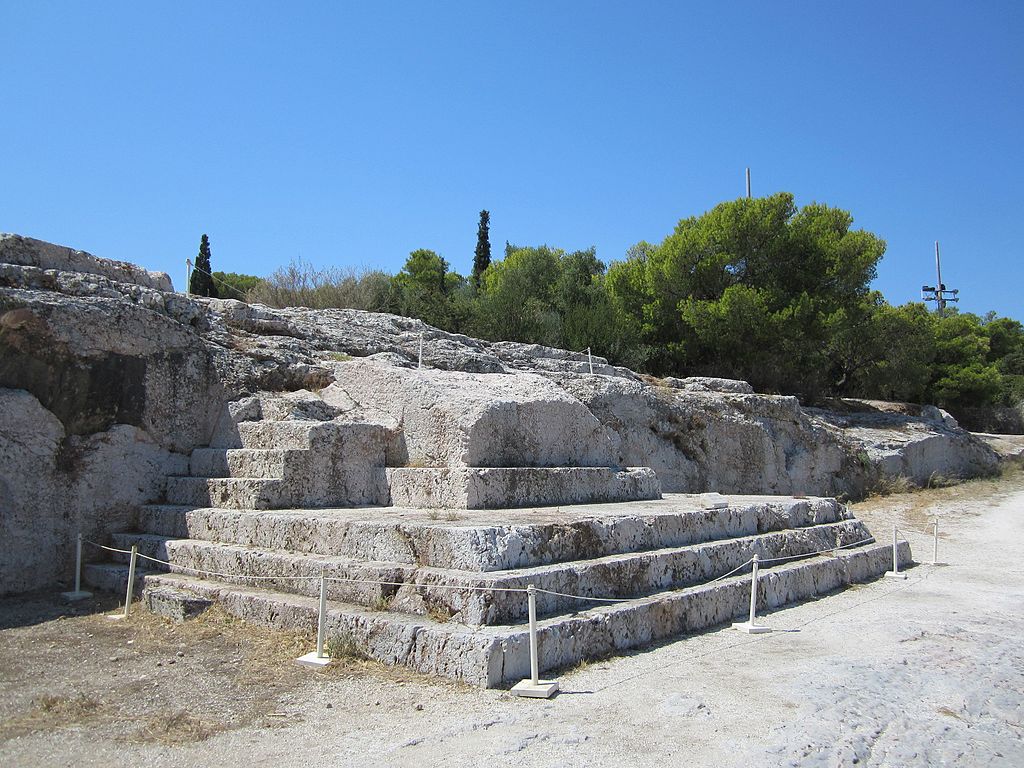 The Speaker's Platform at the Pnyx
Photo by Tomisti

To the left of the main path, as you walk up beyond the entrance signs, a side path leads to the so-called 'Prison of Socrates'. Visitors should not get too excited, as these two holes in the wall look more like the entrances to a modern public lavatory and there is no historical evidence whatsoever to suggest that this was the prison where the philosopher Socrates was kept after being arrested for allegedly corrupting Athenian youth with his teachings. He was sentenced to death by drinking hemlock and actually died in the state prison in the Agora. 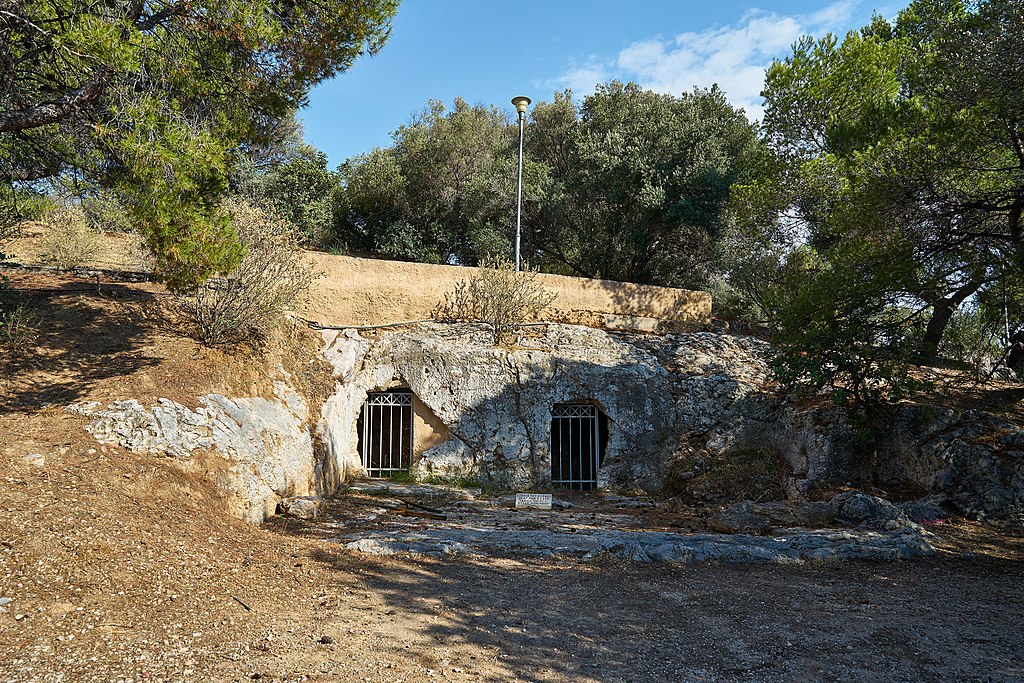 Not far from the Prison of Socrates is Deaf Man's Cave, whose two entrances are gated off. The cave was only excavated in 2009, and it's believed that this was originally a place of worship, then used as regular homes, and finally as burial places. The dramatic name is simply because one of the residents at one time was believed to have been deaf.

To the right of the main entrance path to the Pnyx, almost opposite the Prison of Socrates, is a delightful, small church, Ágios Demetrius Loumbardiaris. This was originally built in 1460 and sympathetically rebuilt in 1955.

Behind the church a path leads to the Pnyx itself. Further on is the Hill of the Nymphs, fenced off at the top because it houses an observatory. 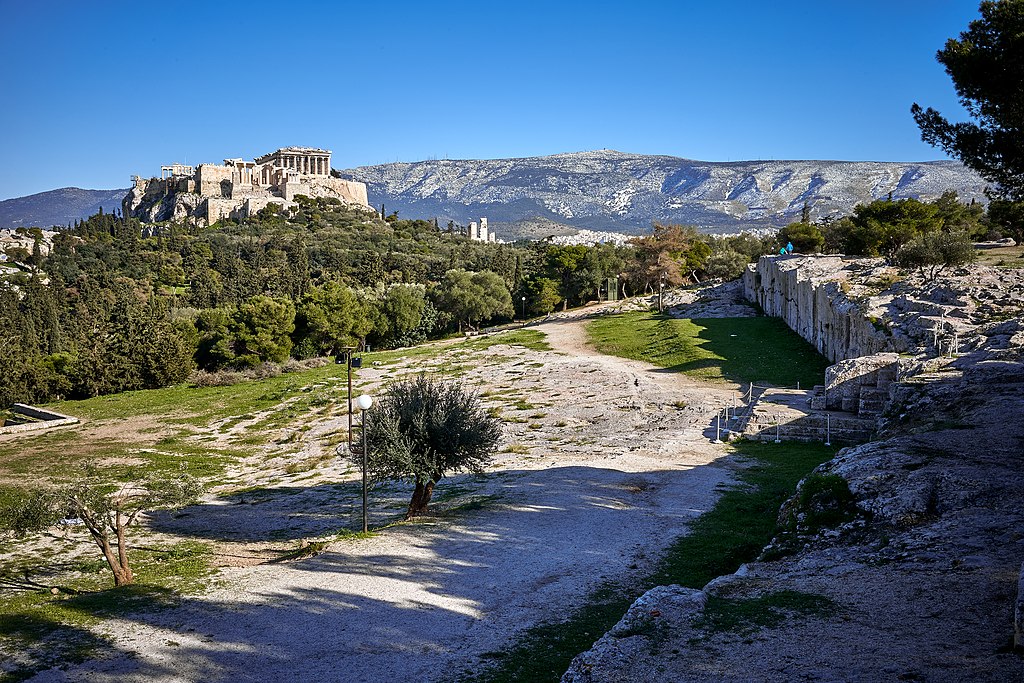 View of the Acropolis from the Pnyx Plateau in Athens
Photo by George E. Koronaios

In the Pnyka and on top of the Hill of the Muses is the Monument of Philopappou. This is south from the Prison of Socrates. Banished to Athens by the Romans, Philopappou became the Roman Consul in Athens in 100AD. He was popular here because of his generosity and was allowed to build this grandiose tomb on one of the city's prime sites in 114–116AD. 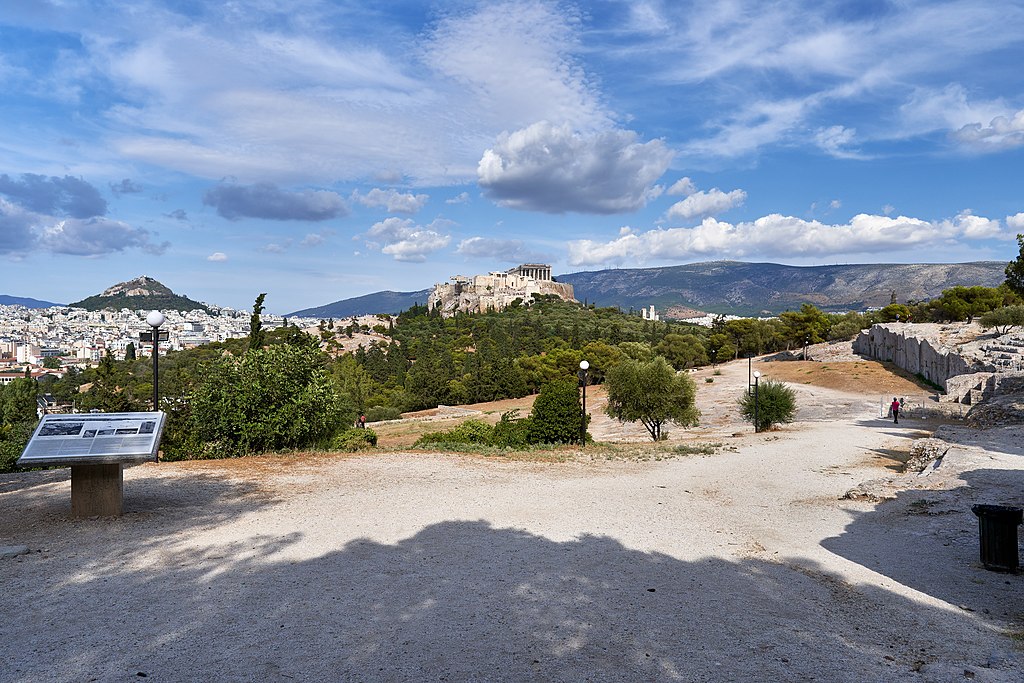 View of the Acropolis from the Pnyx Plateau in Athens
Photo by George E. Koronaios

On the western slopes of Philopappou Hill is this theatre, also known as the Philopappou Theatre. Dora Stratou was a renowned Greek dancer, who preserved traditional Greek dances, music and costumes, and later founded her own dance school and dance company, which performs flamboyant shows here every night throughout the summer months.

To reach the theatre, take the entrance to the Pnyx which is opposite the Acropolis entrance on Areopagitou, and follow the signs which direct you to the far side of the hill.

There are performances put on at the theatre but you can also attend dance classes there, and improve your Greek dancing skills! Take a class or two here and then the next time someone hauls you out of your seat at a taverna to join in some Greek dancing, you'll amaze them. Find out more on the Dora Stratou Dance Theatre website.

Check out our YouTube video above, with some impromptu Greek dancing in the village of Profitis Ilias on Crete. Of course we joined in! That's Donna in the denim jacket, while Mike was behind the camera, filming the great dancing and music.


Some other Athens pages