The Athens Museum of Cycladic Art houses a remarkable collection of Cycladic figurines and other items and is one of the best museums in Athens. 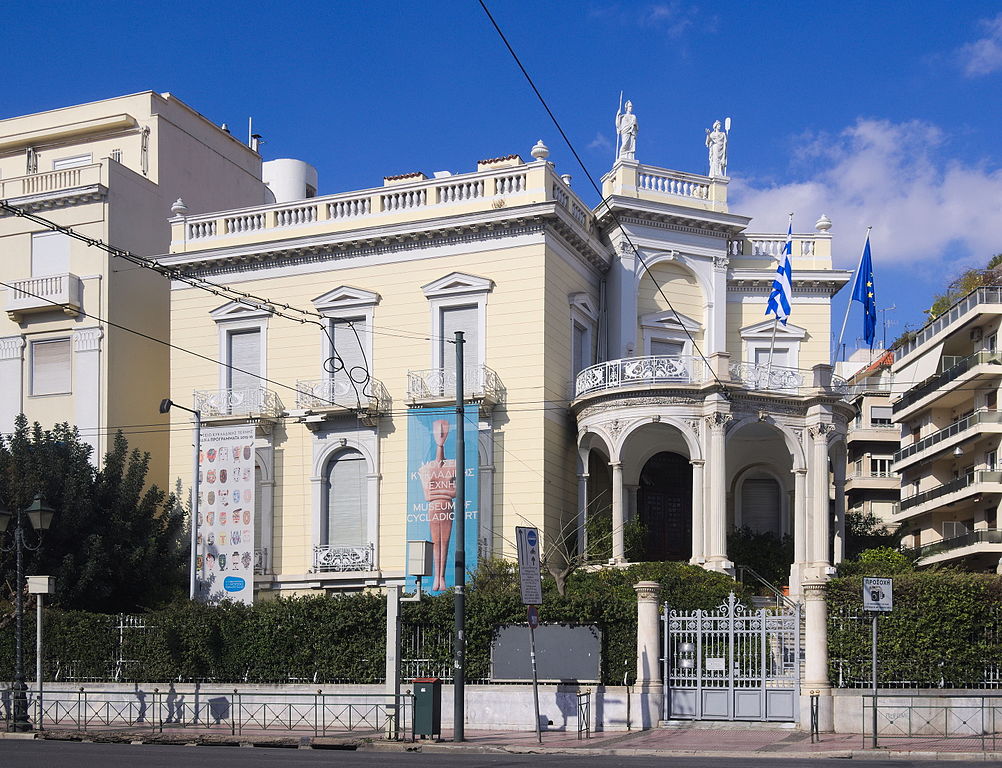 This first-class modern museum houses the remarkable private collection of Nicholas and Dolly Goulandris. Nicholas Goulandris was a shipowner and a patron of the arts and in the 1960s he and his wife started collecting Greek antiques and art objects, and had a special interest in the unique ancient art of the Cycladic islands. The museum was founded to house the collection in 1986, with a new wing added in 1991.

The displays span many centuries of ancient Greek art – vases, glassware and other items – but the central exhibits are the beautiful artefacts from the Cycladic civilisation of 3000–2000 BC. 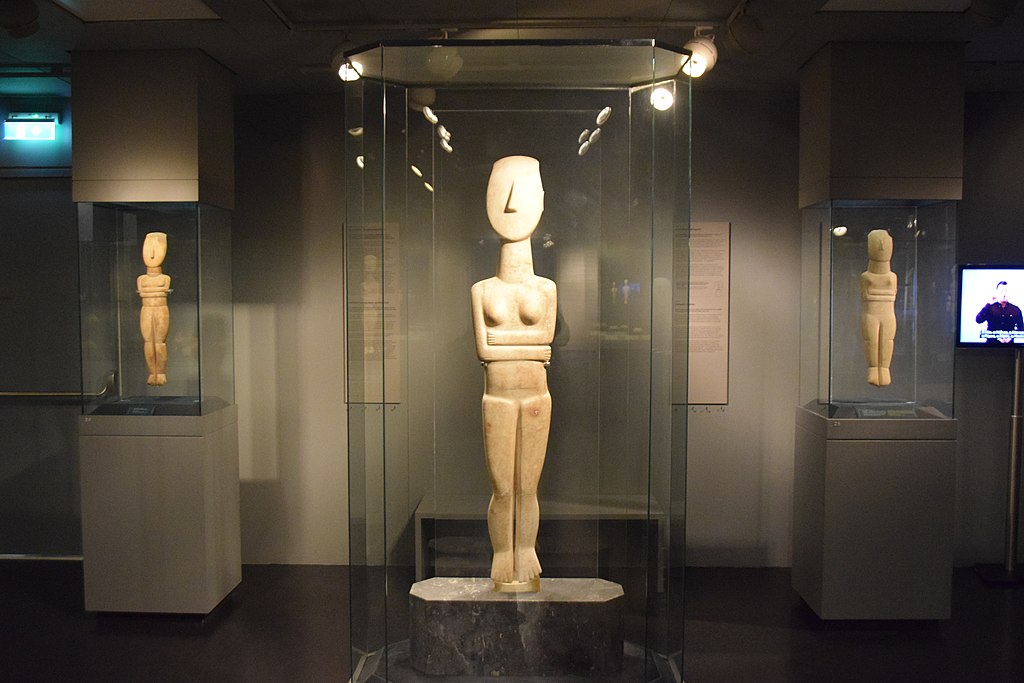 The statues are especially memorable – the figures seem to float in their display cabinets as subtle lighting brings out their shape and texture. It will be a rare visitor who is not tempted to take home a copy from the attractive museum shop.

The actual Cycladic items only take up one of the four floors in the main building, and the rooms are quite small – just one main room on each floor. The others are given over to a collection of Bronze Age items, one from the Mycenean period and a remarkable collection of beautiful Cypriot antiquities, the largest one in Greece. 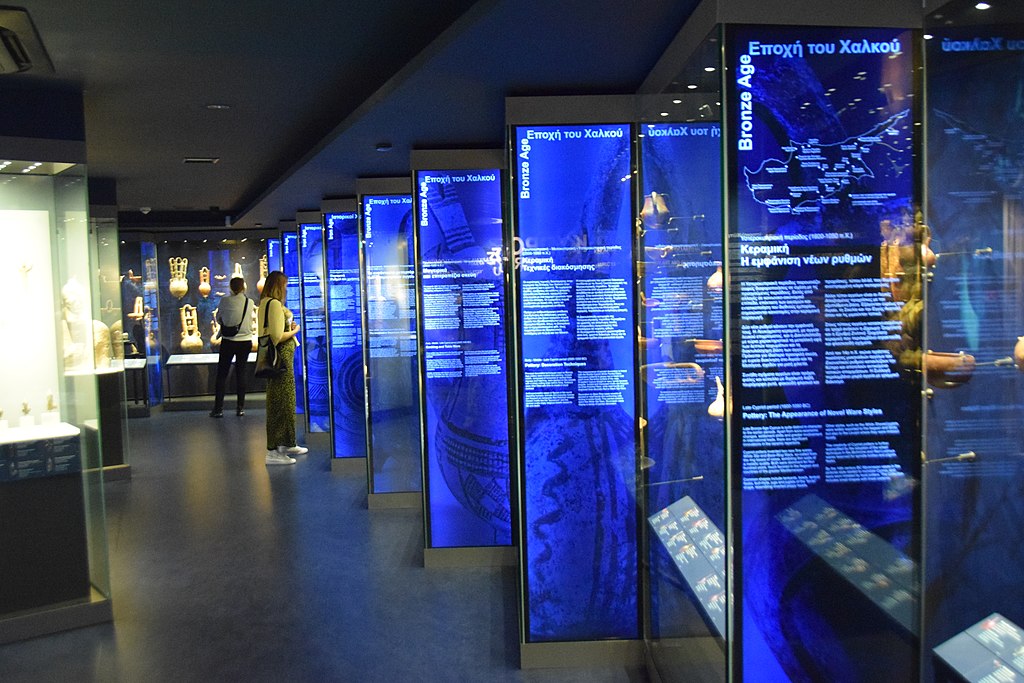 On the corner of Irodotou and Vasilissis Sofias is the entrance to the newer wing of the Cycladic Museum, joined to the main building by a glass-covered walkway. This wing is as interesting for the building that houses it as for its contents.

It was designed by and was the home of the German architect Ernst Ziller, the man also responsible for the Olympic Stadium, the Presidential Palace, and Heinrich Schliemann's house on Panepistimiou.

Some rooms of the museum display furniture and watercolours, giving an impression of the mansion's appearance when Ziller lived in it during the late 19th century. Other rooms contain an extension of the main Cycladic collection. There is a shop downstairs, and space upstairs for temporary exhibitions. 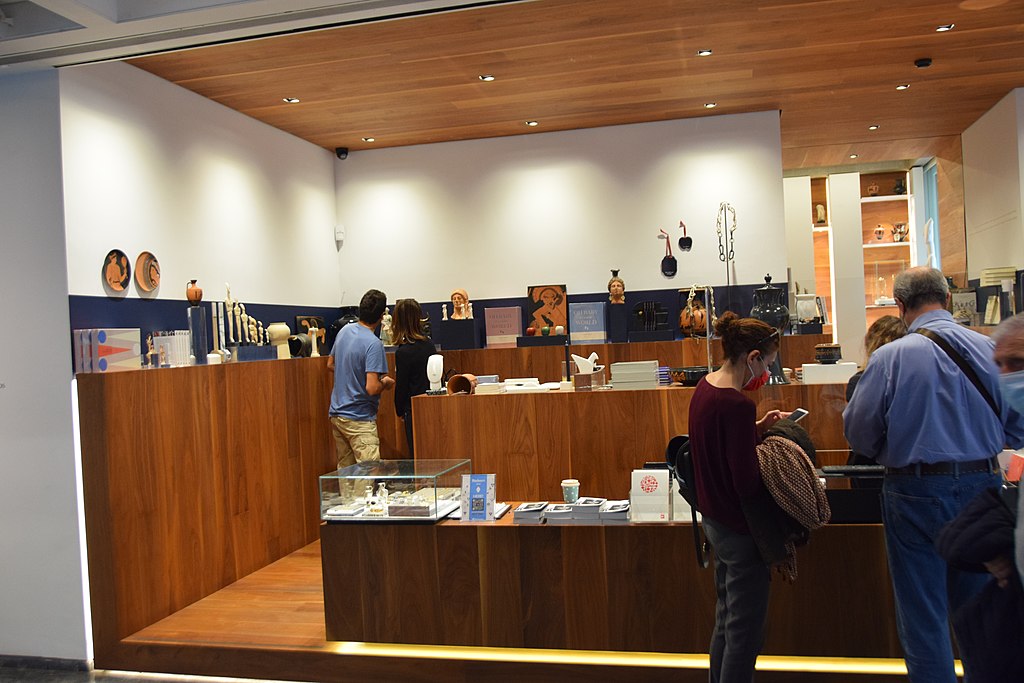