Monastiraki gets its name from the monastery that used to stand on this square in central Athens. Anything less monastic these days it would be hard to imagine, especially on a Sunday morning when crowds flock to the weekly flea market that starts here and flows through the streets around. Monks would perhaps avert their gaze from the stalls selling second-hand copies of Playboy and Penthouse and browse instead at the one right next door which has beads, Bibles and candles. The sacred and the profane are neighbours in these Athenian streets. 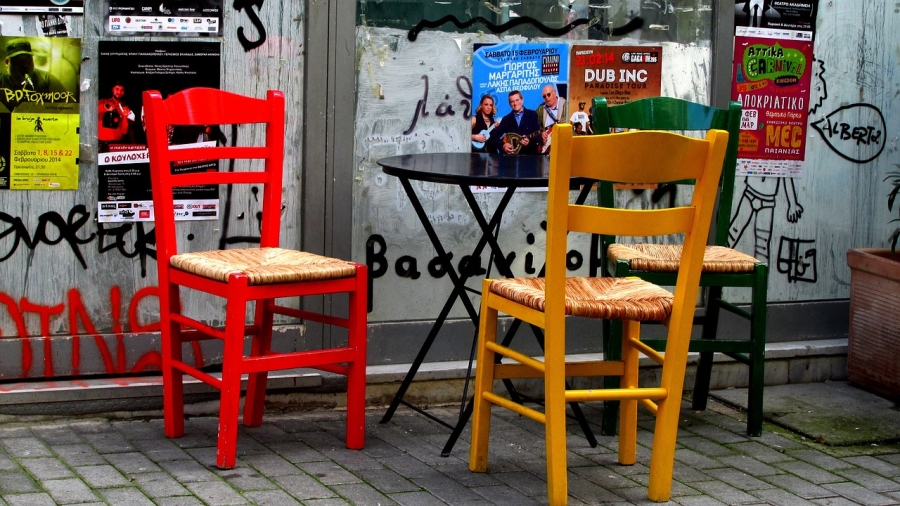 No doubt they were in ancient times too. Across the railroad tracks is the site of the market-place of ancient Athens, the Agora, a market since the 6th century BC. The foundations of the shops are still there, making it easy to picture the scene, then as now – people sniffing round for a bargain, checking the quality of the fruit and vegetables, or just mooching about.

No-one then would have found what caught my eye on one visit: a large inflatable aubergine, the use for which beggared the imagination. Perhaps it was to decorate a restaurant. Along here you could fully equip any eating place, with chairs and tables, hat stands and mirrors half-blocking the road in a way not many cities would tolerate. But Athens has never lost its human touch. 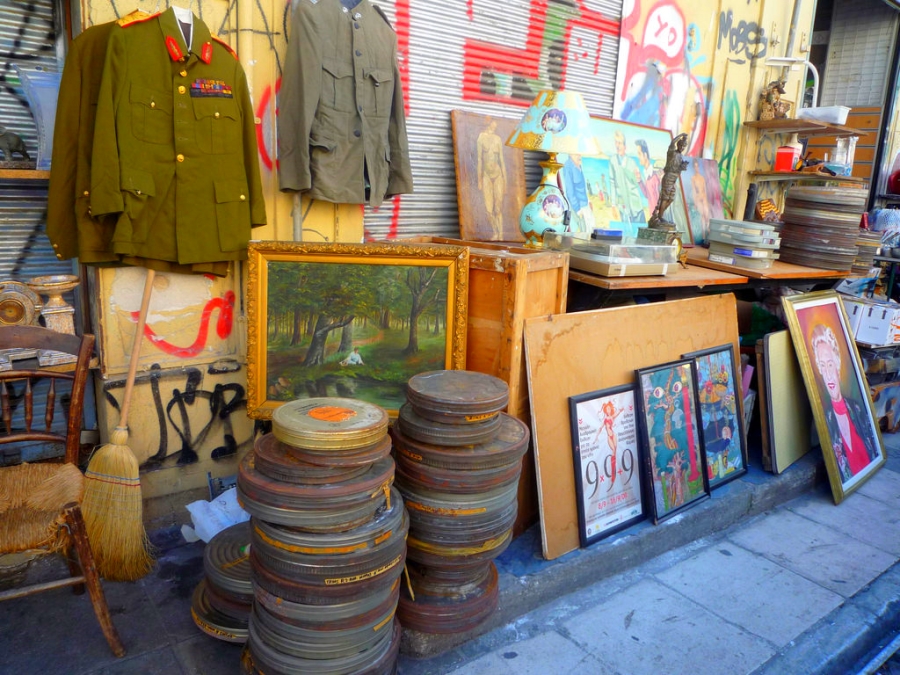 Here are rare first editions, bootleg CDs, a bouzouki maker, fading postcards and typewriters so old they look like they do date back to the 6th century BC and have only just been dug up.

As you head towards the Keramikos Cemetery (this part of Athens was named after Keramos, the patron saint of potters, hence the word ceramics) the roads can get impossibly crowded. Wallets and purses should be well tucked away. Take a diversion into the cemetery, the main burial place of ancient Athens, with tombs dating back to the 12th century BC. It's a peaceful respite from the crowds, with chaffinches dashing and chattering in the olive trees, and terrapins lurking in the grass. 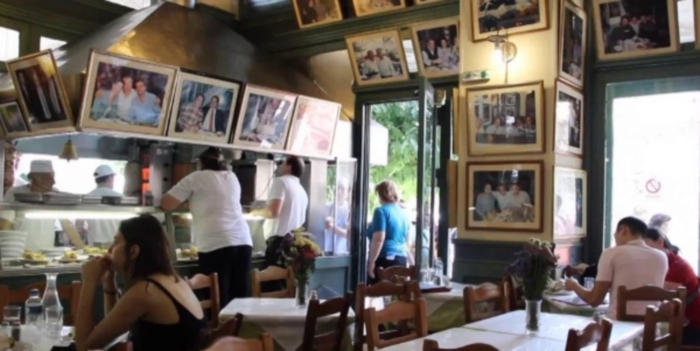 If the smells from the market food stalls make you hungry, try not to spoil your appetite with a snack but head back to Monastiraki Square and hope you can find a table at Sigalas (full name Bairaktaris Taverna Sigalas). It's not quite as old as the ancient market, and dates back only to the late 19th century (as do some of the waiters, it seems).

Life is a cabaret, in Sigalas, with its intriguing mix of local characters and more adventurous tourists. Black and white photos of film stars and politicians gaze down from the wooden walls, and there are all kinds of nooks and crannies, upstairs and down. Don't expect a waiter to greet you at the door and show you to a table. You're on your own. Walk in and hope you can find an empty place somewhere. Menus? Who needs them. Take a look at what's cooking. It won't be gourmet dishes but it will be tasty and generous and easy on the pocket.

Whenever I'm in Athens I eat at Sigalas as often as I can manage it. Turn up twice and you're a regular. More than that and you're one of the family. After one Sunday lunch I was relaxing with a newspaper when one of the waiters began clearing the table next to me. They'd left half a bottle of retsina, which he plonked down in front of me with a wink. A few minutes later he brought a plate of chips to go with it. When I'd finished that lot he gave me a juicy apple for a dessert, and then a cup of coffee. All unordered, and none of them on the bill.

Suitably sozzled, I tried to imagine that happening in any other European capital city, and couldn't. Only in Athens, where the generous spirit lives on.