Luxury Weddings in Greece, including venues such as a boutique hotel with deluxe spa on Santorini, can be booked through Ionian Weddings. 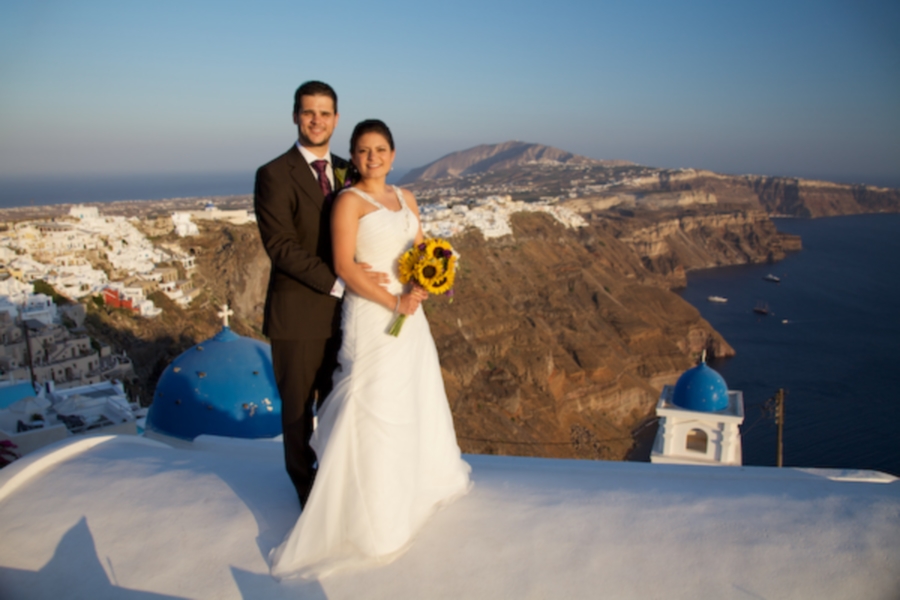 Luxury weddings in Greece can be much cheaper than even an ordinary wedding back home. A specialist company such as Ionian Weddings offers complete packages, and not just in the Ionian Islands. One of the most popular Greek wedding destinations is Santorini, where the company can provide a wide range of options.

One of the most luxurious options is to make an exclusive booking at Santorini’s chic La Maltese boutique hotel. This 5-star estate villa sleeps up to 24 guests and can be booked for an entire wedding party, including use of its deluxe spa, its two plunge pools, and its sensational views over the Santorini caldera. 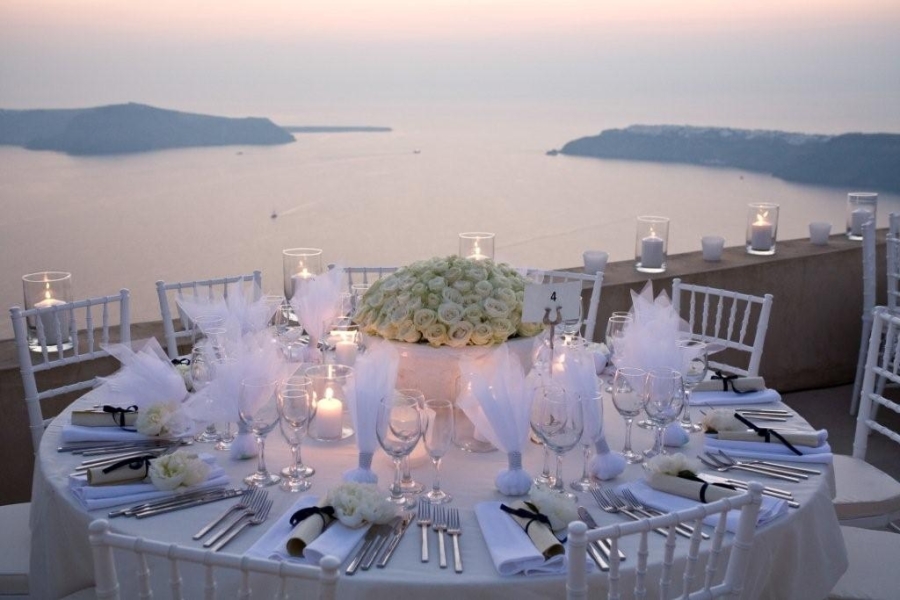 Ionian Weddings can arrange for your wedding party to take over the entire property for three days for around £14,000. This also includes a personal wedding planner, the wedding ceremony, the reception for 20 guests with buffet and wine, the wedding cake, a photographer, flowers, champagne, and a DJ in the evening. 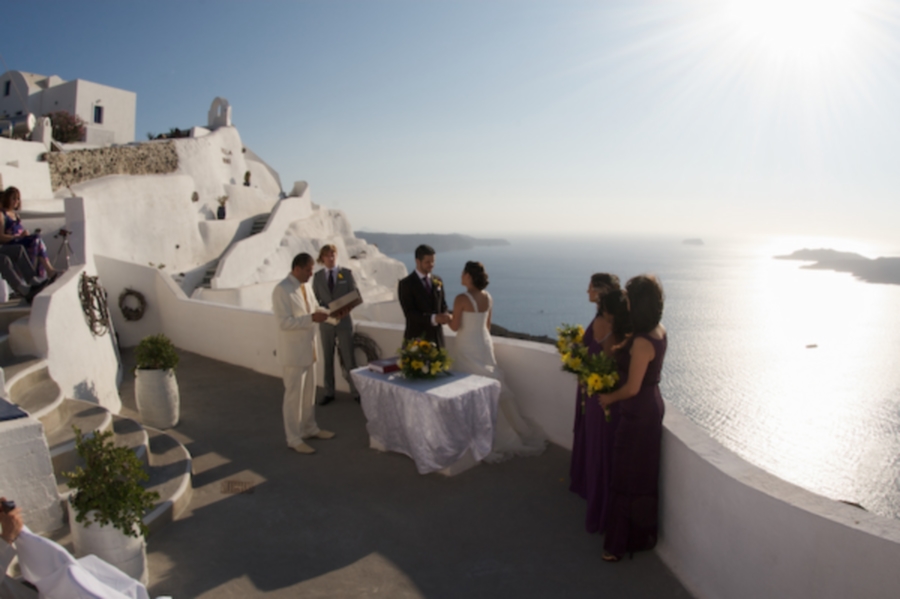 Santorini has a wealth of locations to choose from, for the perfect wedding setting. You can get married on one of its famous black volcanic sand beaches, in an old Greek chapel, in a Santorini winery (and the island’s wines are very good), or have a Jewish wedding in Santorini’s Synagogue.

Given that the average cost of a wedding in the UK is now said to be about £20,000, a wedding package in Greece, starting at £2,500, is an attractive alternative. Ionian Weddings offers luxury venues on numerous islands, including of course all of the Ionian Islands with some of the lesser-known but idyllic smaller islands available too.

The full list of Ionian island wedding options is Corfu, Paxos, Meganissi, Lefkas, Kefalonia, Ithaca, and Zakynthos. Over in the Aegean you can get married on Skiathos, Rhodes, Kos, Santorini, Mykonos, Amorgos, Samos, Thassos and Crete, as well as in Cyprus.

On Crete, for example, you can get married on a beach, in an old chapel, in a luxury hotel, on a privately-chartered yacht, and even on the former leper colony Spinalonga, setting for the best-selling novel, The Island.

Ionian Weddings has several Greek island wedding venue options that stand out from the rest, including the only private beach in Greece (on Zakynthos), an underground lake on Kefalonia, the Fanari Lighthouse (also on Kefalonia), and the staggeringly grand Achilleion Palace (Corfu), built in 1890 for the Empress of Austria.

Arranging Luxury Weddings in Greece
Any of the above ideas, and many more, can be discussed and arranged through the Ionian Weddings website.