A Walk in the Old Town of Rhodes

This walk through the Old Town of Rhodes takes you through this World Heritage Site and along the main streets and past the city walls, palaces and mosques. It shouldn't take more than an hour, depending how often you stop, and covers a distance of about 2 km (1.2 miles).

The Old Town of Rhodes is a World Heritage Site, yet many visitors only see the few main streets that are lined with souvenir shops no different from anywhere else in Greece. Yet there are many fine monuments, and quiet back streets, not to mention the stunning fortifications of the Old Town, all to be admired, and easily done on a short walk. 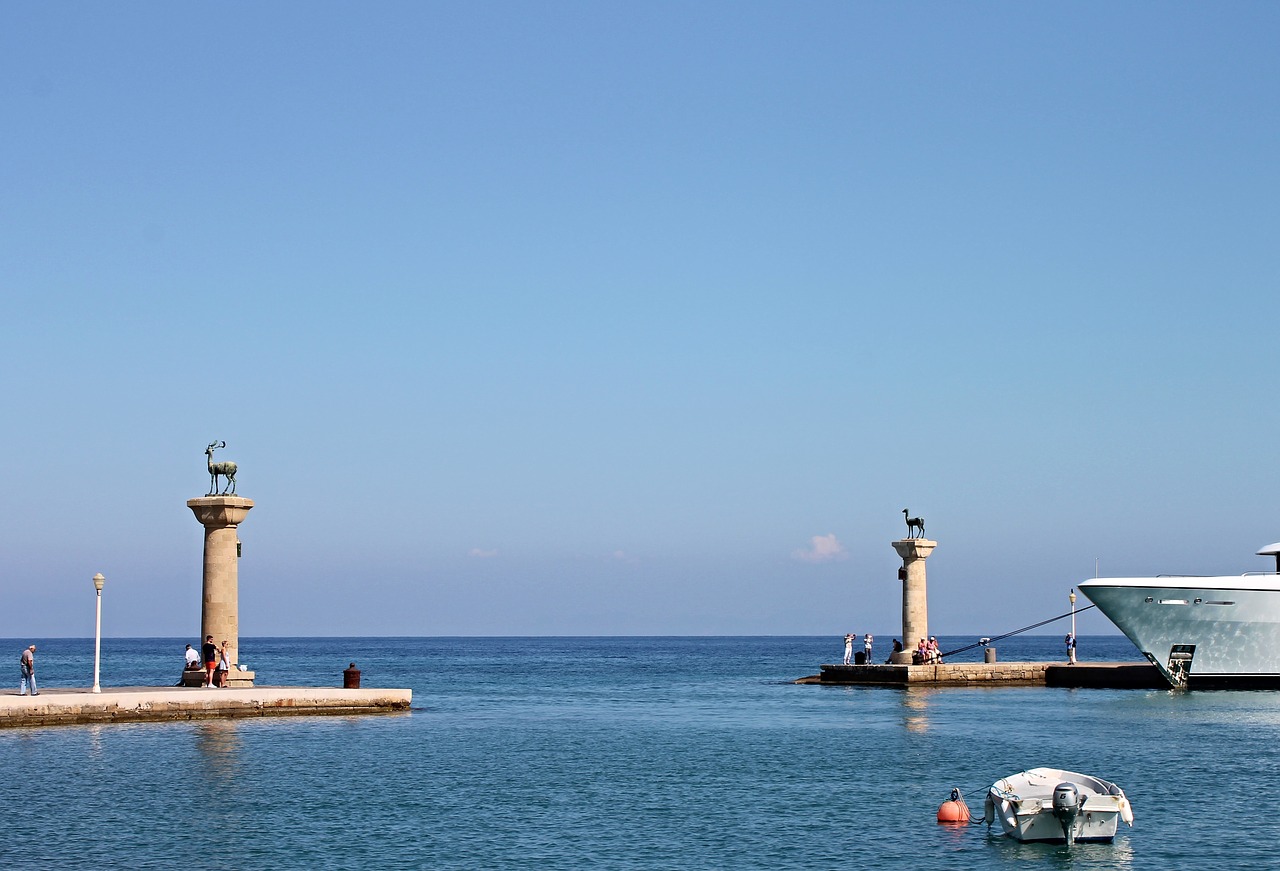 The Entrance to Mandraki Harbour

Begin at either side of the entrance to Mandraki Harbour, the narrow channel where it is commonly believed the Colossus of Rhodes once stood, a leg on each side. There is no historical evidence for this, and while there may have been a colossal statue it's thought that it more likely stood near the Temple of Apollo, which was where the Palace of the Grand Masters is now situated.

The City Walls in Rhodes Town

Walk along the harbour front with the town on your right-hand side, and with the walls of the Old Town ahead of you. Cross the busy street at the first set of traffic lights but carry on walking in the same direction, under some trees and past some kiosks, till you reach the Eleftherias Gate. The name means Liberty and the gate takes you through the imposing walls, which date back to 1330 and in places are 12m (39 ft) thick. They are almost perfectly preserved and run for 4km (2.5 miles) around the Old Town.

The Street of the Knights

The Street of the Knights

Walk straight ahead along Apellou, passing on your left the remains of the Temple of Aphrodite and on your right the Tourist Information Office. Immediately after the tourist office turn right onto Ippoton, otherwise known as the Street of the Knights, one of the most impressive sights in the Old Town.

The Street of the Knights was built in the 14th century and is lined on either side with what were the Inns of the Tongues. These Inns were the meeting places for the different nationalities of the Knights of St John, and on your right further up the street you will pass the Inn of Italy and the Inn of France, while on the left is the Inn of England and the Inn of Spain, amongst many others. The Inns today house government and private offices, as well as foreign embassies.

Palace of the Grand Masters

Palace of the Grand Masters

At the top of the street on your right is the entrance to the Palace of the Grand Masters, where the 19 Grand Masters of the Knights of St John would meet to run their affairs. The original Palace was built in the 14th century but was destroyed in an accidental explosion in 1856. What you see now is a faithful restoration carried out by the Italian rulers of Rhodes in the 1930s. It is well worth touring to see the wonderful central courtyard and the many fine mosaic floors.

Don't miss this story about Easter on Rhodes, and spending it with a Greek family.

If saving your visit to the Palace of the Grand Masters for later, carry on past the Palace to the very end of Ippoton and turn left along Orpheus (Orfeos), past the souvenir shops, cafes and restaurants. Where the road swings round to the left you will see on the left the 1523 Mosque of Suleiman, and opposite on the right the Ottoman Library. Turn right after the Library, down Ippodamou, which gradually takes you away from the tourist part of the Old Town into a quieter area.

There are some Old Town restaurant recommendations on our page on Where to Eat in Rhodes Town.

At the far end of Ippodamou follow the road round to the left and at the first junction turn right. This takes you temporarily outside the town walls, giving you a chance to admire them. They are more impressive and easily seen here. Go through the Agiou Athanasiou Gate, turn left along the main road, and take the next left back into the Old Town through the Koskinou, or Gate of St John. Turn left at the first t-junction and follow Pithagora, which takes you all the way to the bustling Plateia Sokratous, where there are several excellent restaurants and cafes, with grandstand views of the passing crowds. 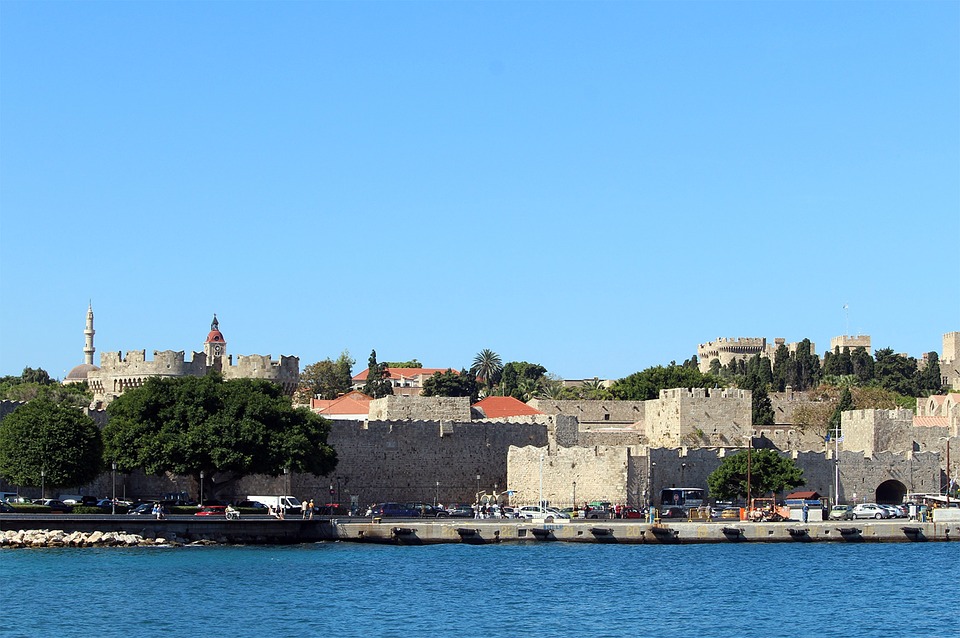 A Walk in the Old Town of Rhodes