Rhodes weather is hot in summer and mild in winter, so read Greece Travel Secrets’ advice on the best time to visit Rhodes and why you should consider Lindos. 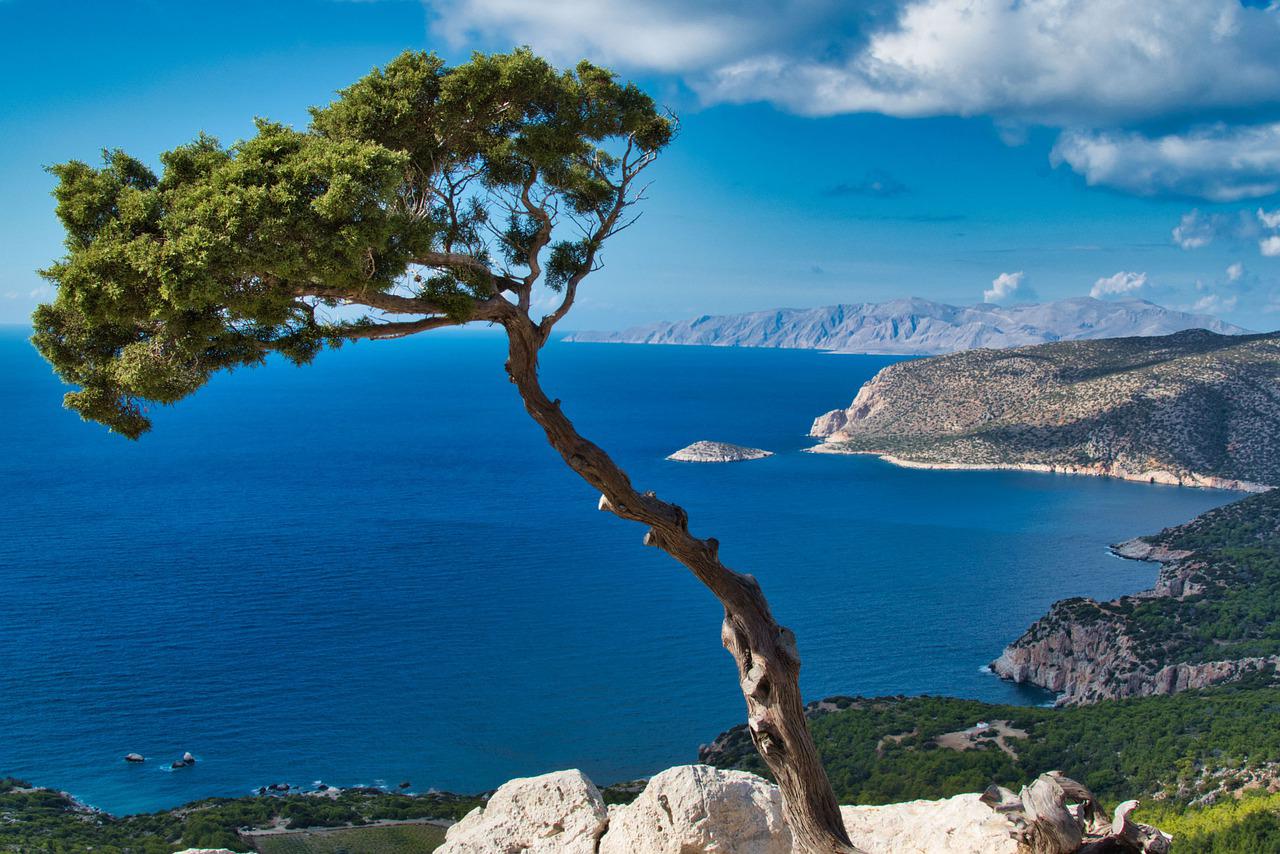 Rhodes on a Hot Summer Day

Rhodes not surprisingly has a Mediterranean climate with hot summers and cold winters. The vast majority of visitors to Rhodes descend in the summer months, especially in July and August, although this isn't really the ideal time to visit. Daytime temperatures reach into the 30s C (90s F), and even higher in recent years when Greece has had some scorching summer heatwaves. The record high is 41.2 C (106.2 F).

Even at night the temperature averages 72C (22F), which is fine when there's a cooling breeze, but not so fine when the air remains still and sticky. You might want to make sure your accommodation has air-conditioning.

Although in winter the island seldom sees a frost, the temperature can drop to the low 40s (5-6 C) and rain can fall any time between October and March. Unless you do simply want to lie on the beach beneath a blazing sun, the best times to visit are usually from April to June, and again from September to about the end of October.

In May and September you are almost guaranteed at least 11 hours of sunshine per day, more in July and August, and in those two months there will probably be no more than a sprinkling of rain.

Late October is when the tourist season is starting to wind down, and some hotels and restaurants will close for a winter break. The traditional starting time is around Easter. Rhodes can be visited all-year-round, though, as not everywhere closes down. You’ll have plenty of choice of where to stay and eat in Rhodes Town. 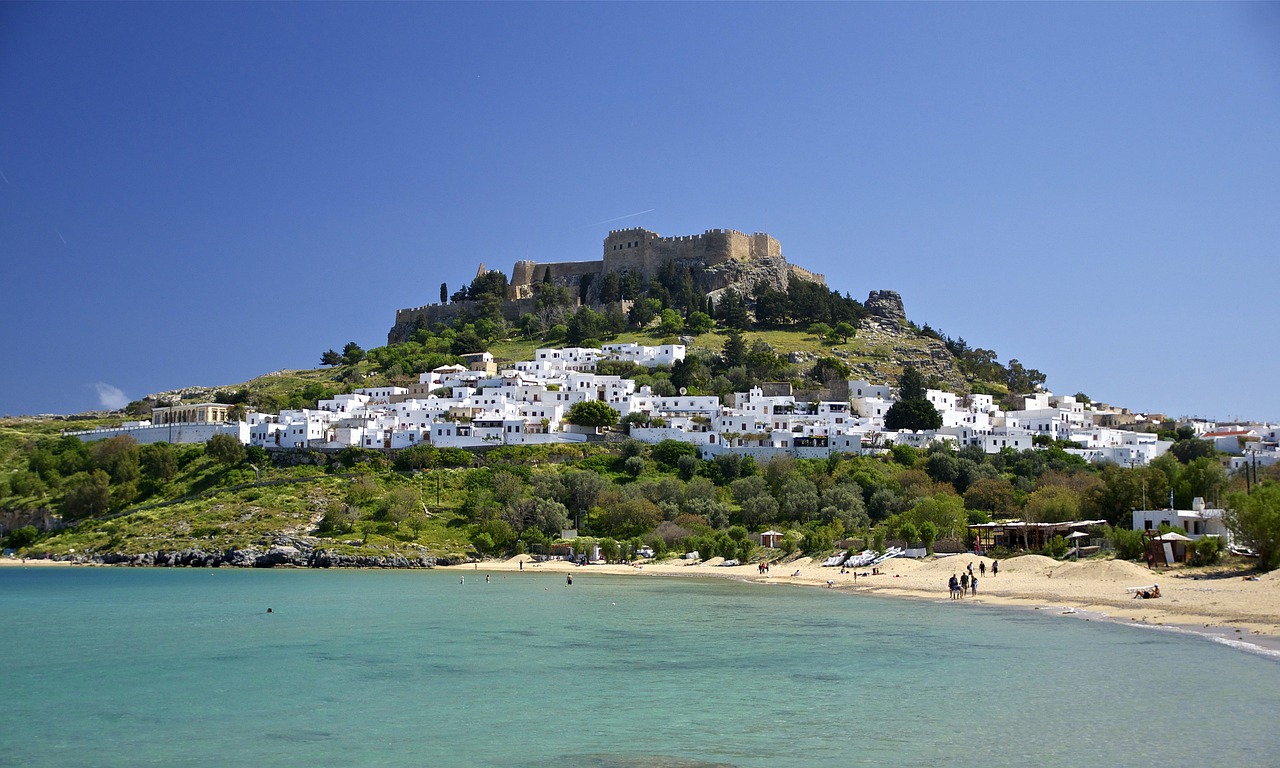 Rhodes is a big-sized island of about 1,400 sq kms (541 sq miles) and the climate isn’t the same everywhere. The south-east of the island is warmer on average, and particularly around Lindos. It’s so warm here, in fact, that it’s one of the warmest places in Greece, even warmer than places further south and closer to Africa.

Where to Stay in Lindos