Where to Stay in Northern Rhodes

Greece Travel Secrets recommends where to stay in Northern Rhodes with hotels and apartments in Faliraki and elsewhere from 5-star luxury to family-friendly. 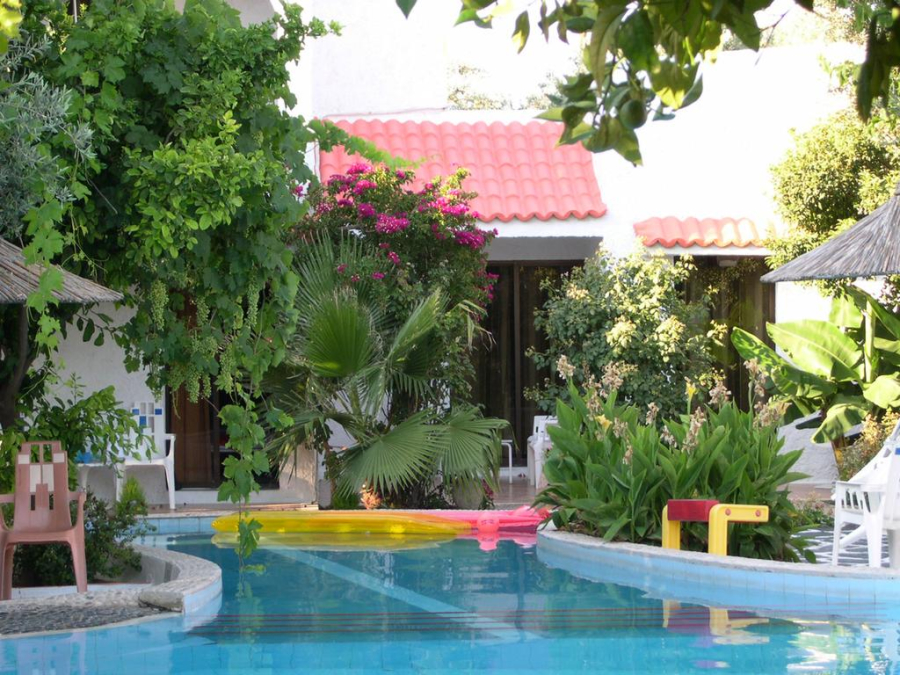 Both bungalow and studio-type accommodations are available at this medium-size hotel. It’s well-suited to families, and quite handy for local beaches. Facilities include a swimming pool, with a separate pool for children, and there are large gardens filled with shady palm trees. It’s on the east coast, a 30-minute drive south from Rhodes Town. 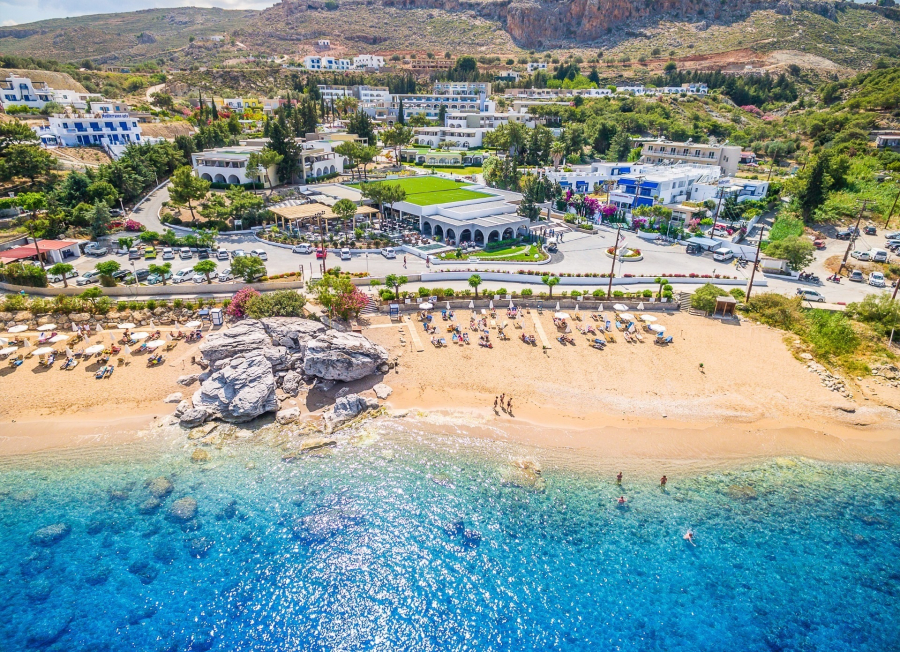 This luxury resort-style hotel offers good facilities, with its own stretch of beach, two pools, and three children’s pools. It’s on the east coast, a 40-minute drive south of Rhodes Town. There are rooms and suites, some with sea views and others with mountain views. Some have private pools. There are several restaurants and bars, a disco club, spa, entertainment, fitness centre, and lots of sports and activity options. 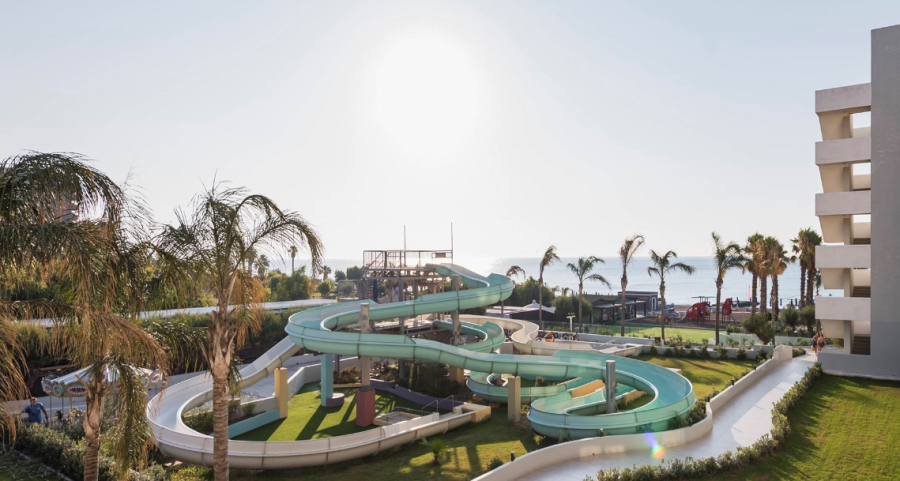 This large, modern beach-front hotel is especially designed for family holidays. It offers every facility, including three pools, three restaurants, five bars, a beach, tennis courts, mini-golf, and volleyball. For youngsters there are numerous attractions and organised activities. It’s on the east coast, a 20-minute drive south from Rhodes Town. 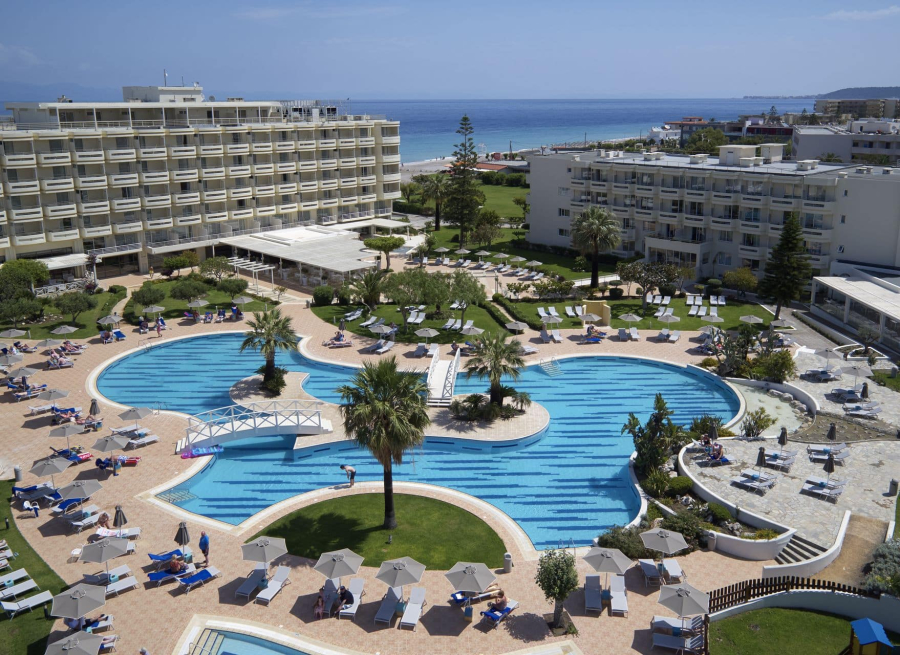 This is another of the island’s modern superior 5-star resort hotels. It’s on the north-west coast of the island, a 20-minute drive west of Rhodes Town. There are various rooms and suites available, including family suites, some with sea views, some with garden views, and some overlooking the impressive pool. It has its own beach, daily live music sessions, a spa, a gym, and several bars and restaurants including Greek, Italian and Asian cuisines. 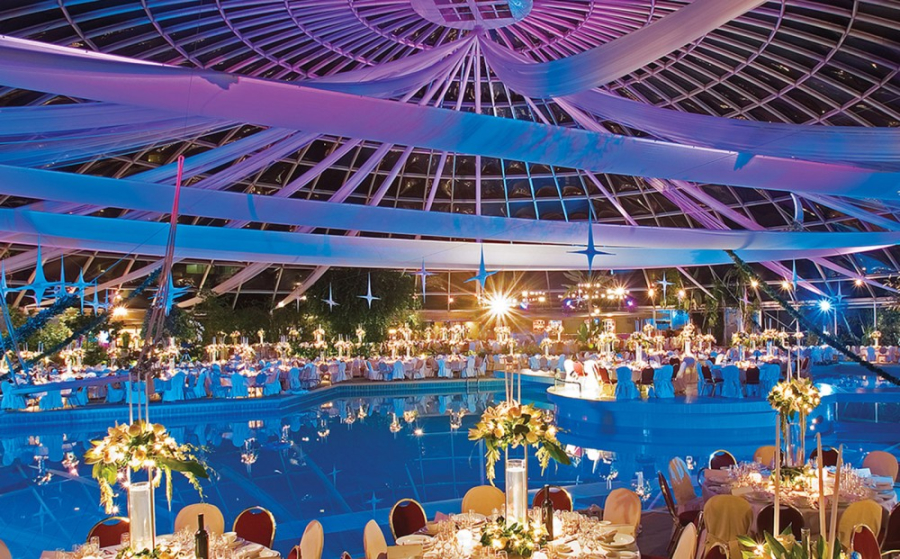 This huge, luxury 5-star hotel is noted for its conference facilities and for hosting international meetings, and is arguably the best hotel on the island. It has all the facilities that you would therefore expect, and a choice of rooms, suites and bungalows. It has numerous restaurants and bars, pools, a beach, a wellness and fitness center, sporting activities, and special programs for children. It’s conveniently-located on the north-west coast, just a 5-minute drive from Rhodes Town and a 20-minute drive from the airport. 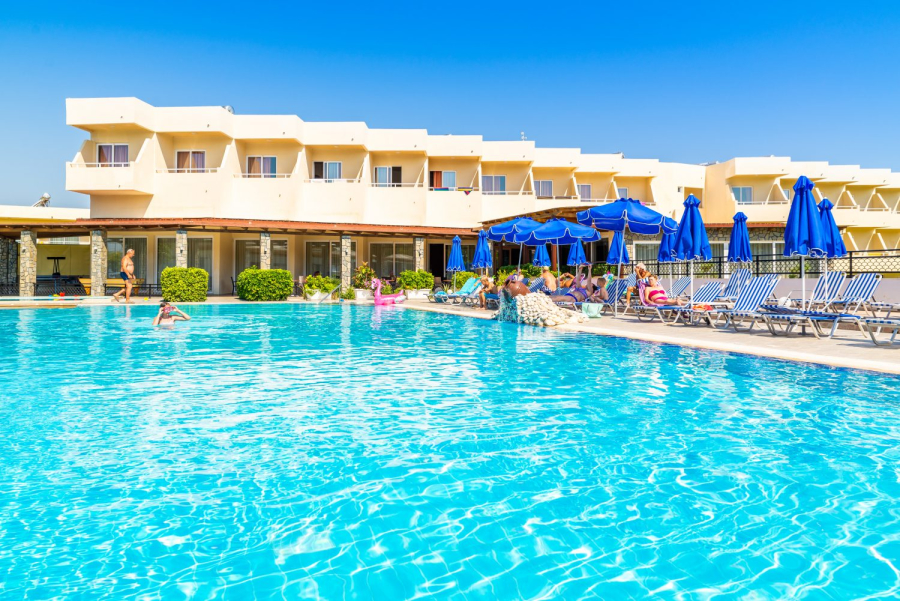 This small and pleasant hotel has palm trees and gardens out front. It has its own pool, with a children’s pool too, and a playground. There’s also a pool bar, bar-lounge, and a restaurant. It’s a 40-minute drive south from Rhodes Town, on the east coast. 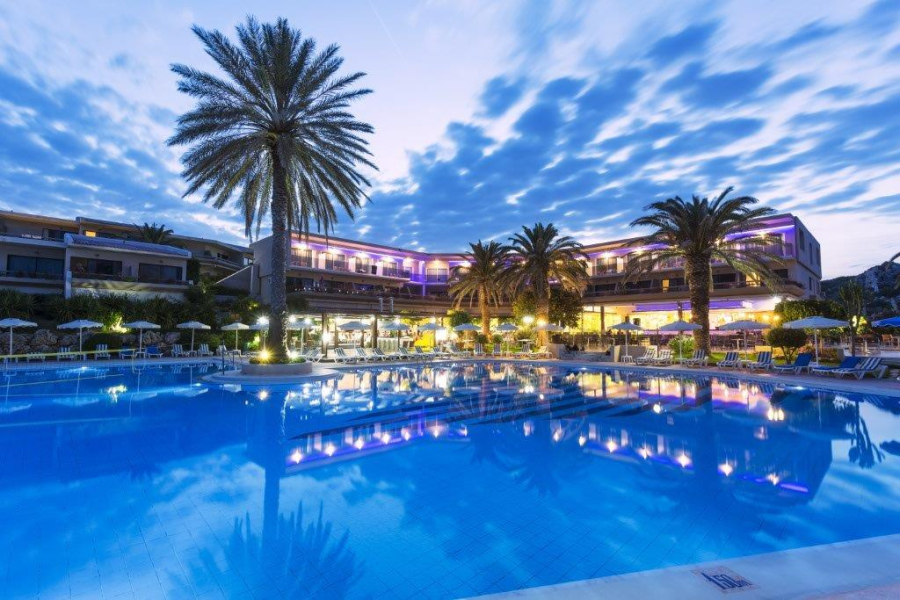 This is a very smart and beautifully-located hotel, entirely on its own. It caters well for families and has a swimming pool, a children’s pool, and a playroom. Other amenities include a restaurant serving both breakfast and dinner buffet style, a snack bar, and a cocktail bar. It’s to the south of Faliraki and about a 30-minute drive south from Rhodes Town on the east coast.