The best Rhodes guidebook is undoubtedly the A-Z Travel Guide to Rhodes, including Symi, with a new revised and updated edition for 2022.

The Town of Lindos on Rhodes

If you look on Amazon there are only a handful of guides to Rhodes, and only one guide other than this one that is dated 2022. That weighs in at 144 pages, about sixty fewer than the A-Z Travel Guide to Rhodes and Symi, and as both guides cost roughly the same price, that makes this A-Z guide easily the best Rhodes guidebook currently available. 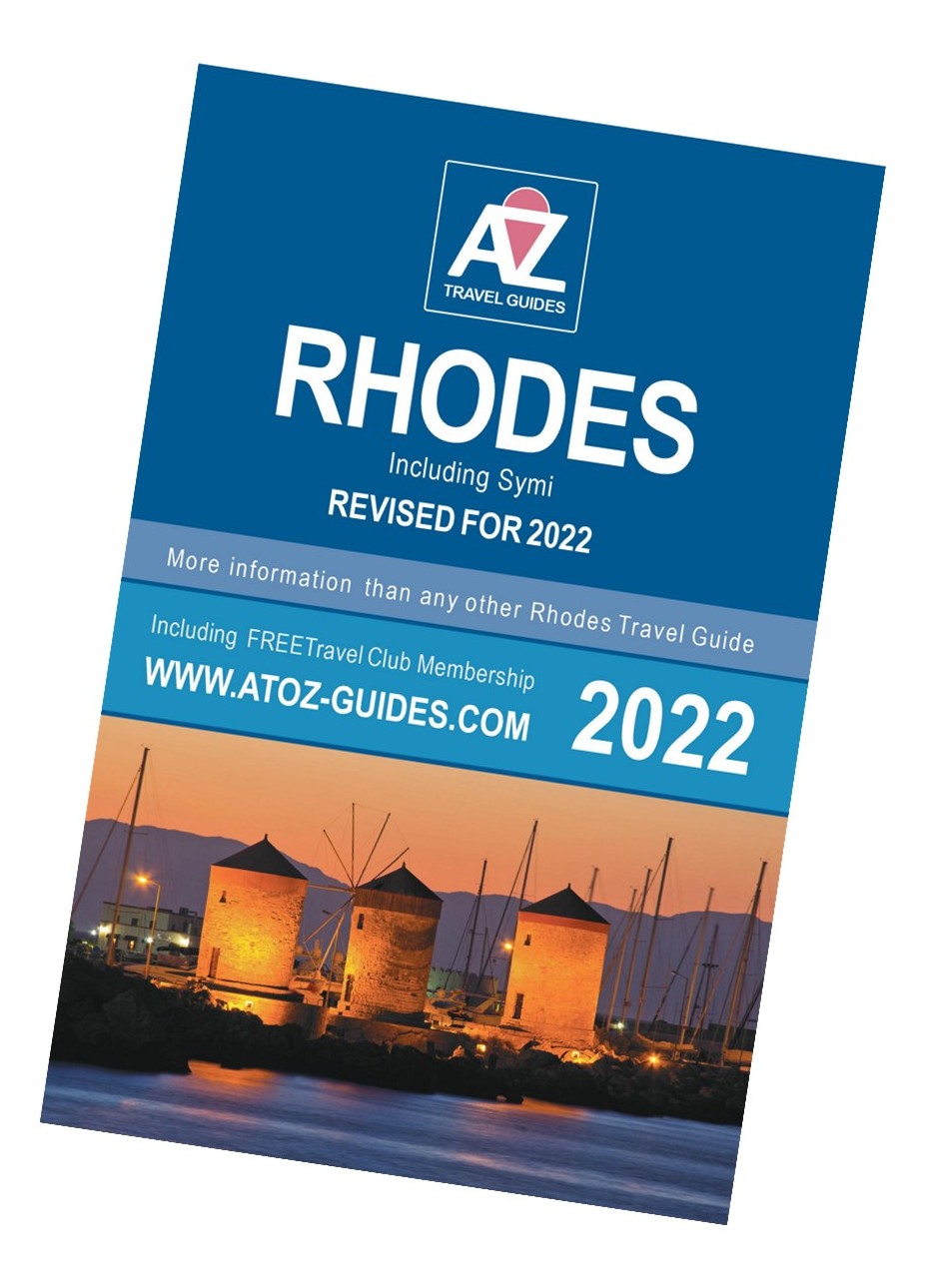 Unlike major publishers, the A-Z Travel Guides series has just four titles, and all of them to Greek islands: Kos, Santorini, Thassos, and this one to Rhodes. The reason for that is that the author and publisher of all of them, Tony Oswin, lives on Thassos and has done since 2006. His first guide was naturally to Thassos itself, and this was so successful that he began visiting and researching guides to three more of the most popular Greek islands.

And also unlike major publishers, each of his guides is updated annually. This Rhodes guidebook is now in its 12th edition and has been constantly in print since 2013.

Yet another difference between this and guides from major publishers is that there are no photos in it at all. This helps keep costs down, which is why it’s also one of the cheapest as well as the best Rhodes guidebooks.

If you want lots of colour photos of Rhodes, then you can get those through the Rhodes section of the A-Z Travel Club, on the AtoZ-guides.com website. Every copy of the book contains a password to that island’s travel club, and here there are dozens if not hundreds of photos of Rhodes Town and thirteen other places around the island.

More than that, the Rhodes Travel Club also offers 3D photographs of places around Rhodes. To view these properly you will need to buy a pair of 3D glasses, but they’re very cheaply available on places like eBay. There are some videos in the Travel Club too, as well as up-to-date news, weather conditions, and other items conventional printed guides cannot cover in an up-to-date manner… or at all, in some cases.

The A-to-Z Travel Club also gives you access to more maps of the island than are printed in the book. The book has seven maps at the back, which are pretty basic but will help you navigate around places like Lindos or Rhodes Old Town.

The Old Town of Rhodes

As well as the attractions of Rhodes, the book also has a very brief few pages on one of our favourite islands, Symi. If you’re staying on Symi then you’ll need more than these few pages, but if you’re based on Rhodes and are thinking of doing one of the popular day trips to Symi, then they’ll be more than adequate.

The Harbour on Symi

The Rest of the Best Rhodes Guidebook

It’s the rest of the book that makes this the best Rhodes guidebook you can buy. You get a very thorough account of the history and the mythology of the island. There are almost forty pages on the island’s places of interest, and that doesn’t include the separate sections on its beaches, shopping, culture, outdoor activities, health and safety, eating, weather, how to get around the island, and much more.

You can buy the guide on Amazon and from most major booksellers.