Several mosques in Rhodes Town offer a reminder of Ottoman Rhodes, along with a delightful Muslim cemetery. 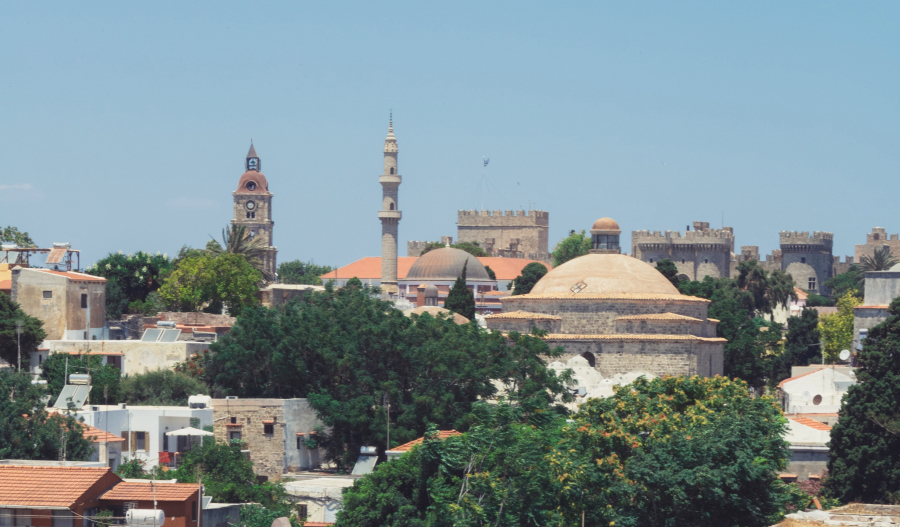 The Mosque of Suleiman in Rhodes Town

Ottoman buildings on Rhodes have tended to suffer neglect since the Turks were ousted from the island in 1912. However, sporadic refurbishment of Turkish buildings does take place, and the sizeable Muslim population on Rhodes ensures continuing use of several historic mosques in Rhodes Town.

There is no Turkish Quarter as such, but there are a number of splendid old mosques scattered throughout the Old Town. Finest of these is Tzamí Souleïmán, or Mosque of Suleiman, erected by the Turkish conqueror of Rhodes in 1522 as a thanksgiving for his triumph. Its rose-red walls and shallow dome dominate the top end of Sokratous.

Other notable buildings are Tzamí Retset Pascha and the impressive Tzamí Sultan Mustafá. At the northern end of the New Town is Tzamí Tou Mourad Reïs, located within an engagingly unkempt and tree-shaded Muslim cemetery.

The entrance courtyard has hokhláki (pebble mosaic) flooring and in one corner stands the little circular mausoleum of Mourad Reïs, a commander of the Turkish navy during the 1522 siege of Rhodes. The cemetery has its own little forest of slender gravestones; the male memorials crowned with turbans, the female memorials, simple blades of stone. There are a number of domed tombs, one containing the remains of a Shah of Persia.

At the northern end of the graveyard is the Villa Cleobolus, once home to the novelist Lawrence Durrell and now renovated as a small museum-cum-gallery. His book about Rhodes, Reflections on a Marine Venus, is well worth reading.