The Greece Travel Secrets guide to the Old Jewish Quarter, which you’ll see if you visit the Old Town of Rhodes. 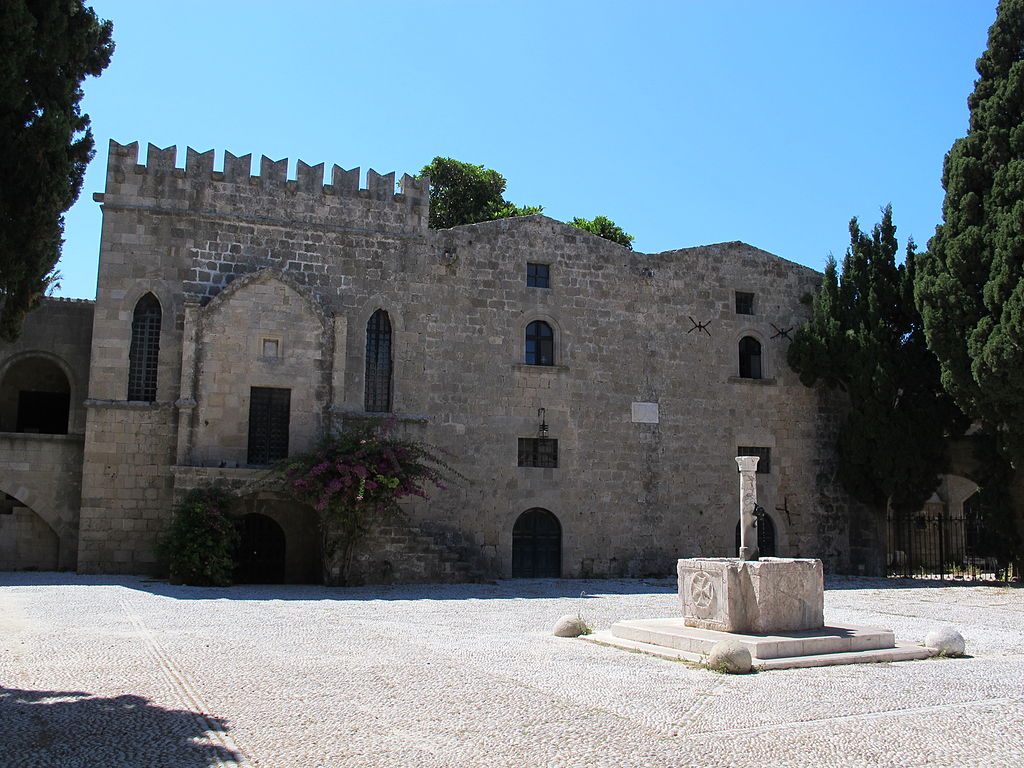 The Old Jewish Quarter is contained within the most easterly section of Rhodes Old Town, where Jewish merchants and artisans were permitted to live during the Turkish occupation of the island.

The focus of the area is Argyrokastro Square, also known as the Square of the Jewish Martyrs, as it was from that an estimated 1,604 Rhodian Jews were rounded up to be deported to concentration camps by Nazi forces in 1943. A simple tree-shaded monument records the fact in several languages.

The square has a charming sea horse fountain and is flanked on one side by a handsome building, a 15th-century Archbishop’s Palace. A short way along Pindharou to the east, a right turn leads down Dosiadou Street and into Simiou Street, where there’s a surviving synagogue.

This was a reconstruction by the Knights of St John after the original was destroyed during the first Great Turkish siege. Inside there is a superb hokhlaki (pebble mosaic) floor.

Most of the Old Jewish Quarter is in the busy tourist areas of the Old Town, its main streets and squares crammed with gift shops, cafés, and restaurants. All roads lead to the crowded shopping street of Sokratous, via Ippokratous Square, notable for the dignified old building of the Kastellania, the medieval stock exchange.

In Rhodes Old Town where the Old Jewish Quarter is Located

Intriguing narrow alleyways lead off the main squares and you should take every opportunity to explore these. Some are purely residential but others contain hidden gems of restaurants and accommodation, as well as some specialist shops. Check out our Walk around Rhodes Old Town, which you can print out and take with you.