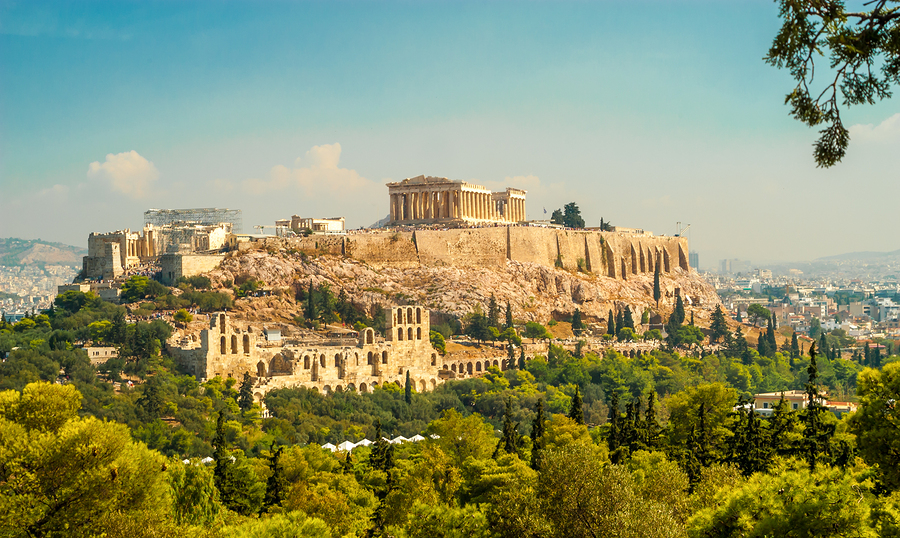 The Acropolis: One of the Best Views in Athens

Although the view of the Parthenon on top of the Acropolis is the single most recognisable view of Athens, the views from the Acropolis are also something special.

On one side you can look north across the city centre to see Lykabettos Hill, and in the distance the range of hills that surround Athens. To the south the view is towards Piraeus and the sea. 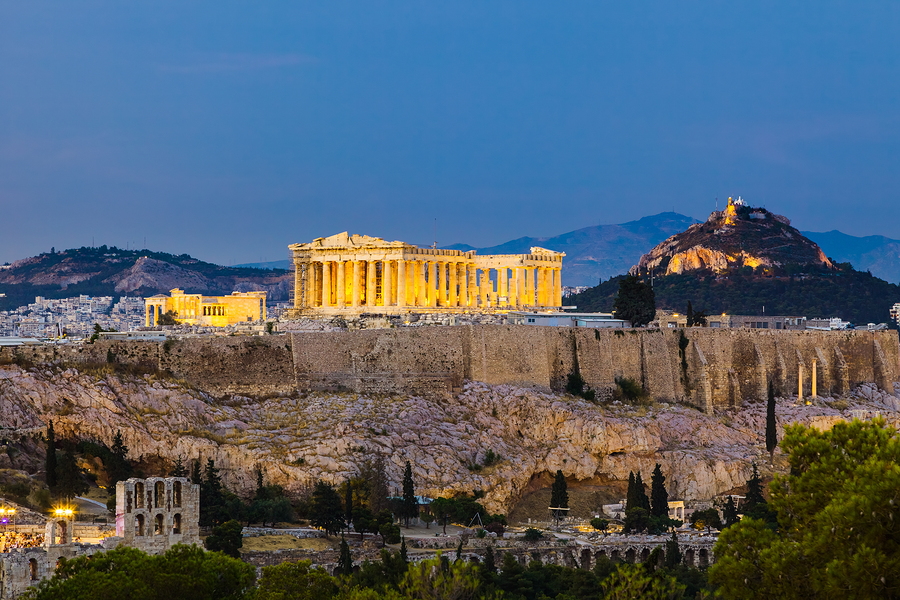 The Acropolis is Photogenic at Night Too

Many hotels and restaurants boast of their bars and terraces with views of the Acropolis, which are particularly impressive at night. They’re not all expensive, either. The inexpensive Attalos Hotel, for example, which is a personal favourite, has great Acropolis views from its Roof Garden. 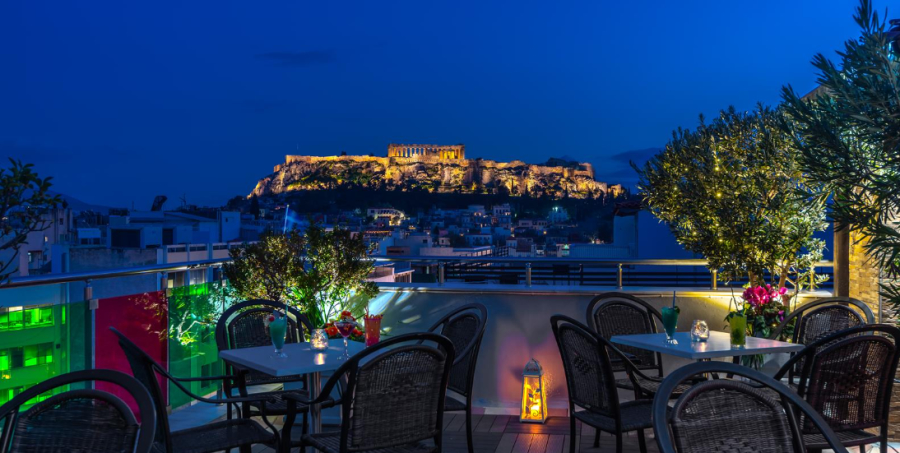 The Acropolis from the Attalos Hotel Roof Garden

The Best View in Athens?

We’ve enjoyed the views – and the superb food! – in the Tudor Hall Restaurant at the top of the King George Hotel on Syntagma Square. We haven’t stayed there (we wish!) but the Penthouse Suite allows you to sit in your private outdoor pool and gaze at the Acropolis – that has to be one of the best views in Athens! But there are other less expensive rooms that also have Acropolis views. 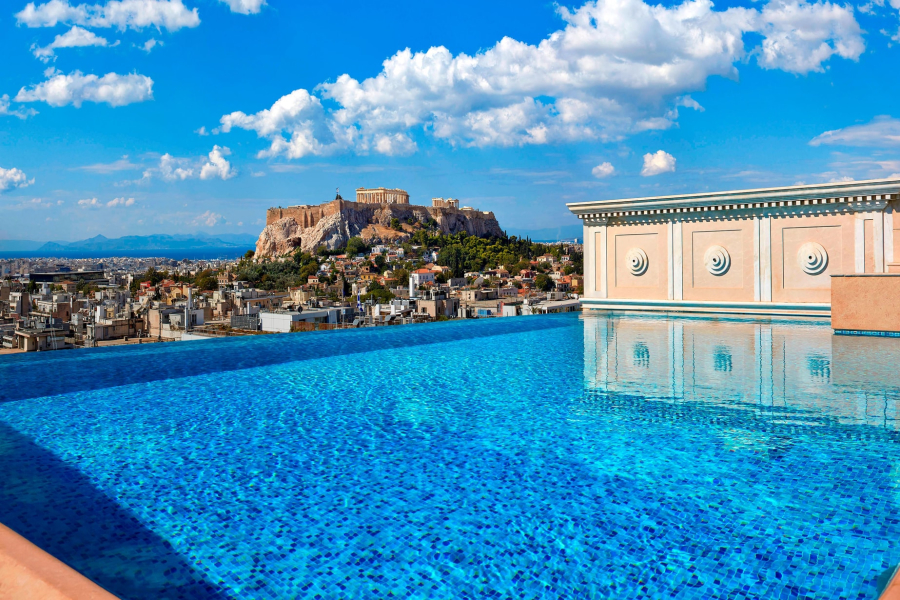 The Best View in Athens?

Just to the northwest of the Acropolis is Aeropagus, a rocky outcrop that stands 115 meters (377 feet) high and gives you views both of the Acropolis and of the city. The Athenian governing council used to meet up here, and it is where St Paul delivered his sermon known as the Aeropagus Sermon.

Filopappos Hill is southwest of the Acropolis and is 147 meters (482 feet) in height. It was once known as the Hill of the Muses, as it was believed that those inspirational goddesses known as the Muses were buried here. 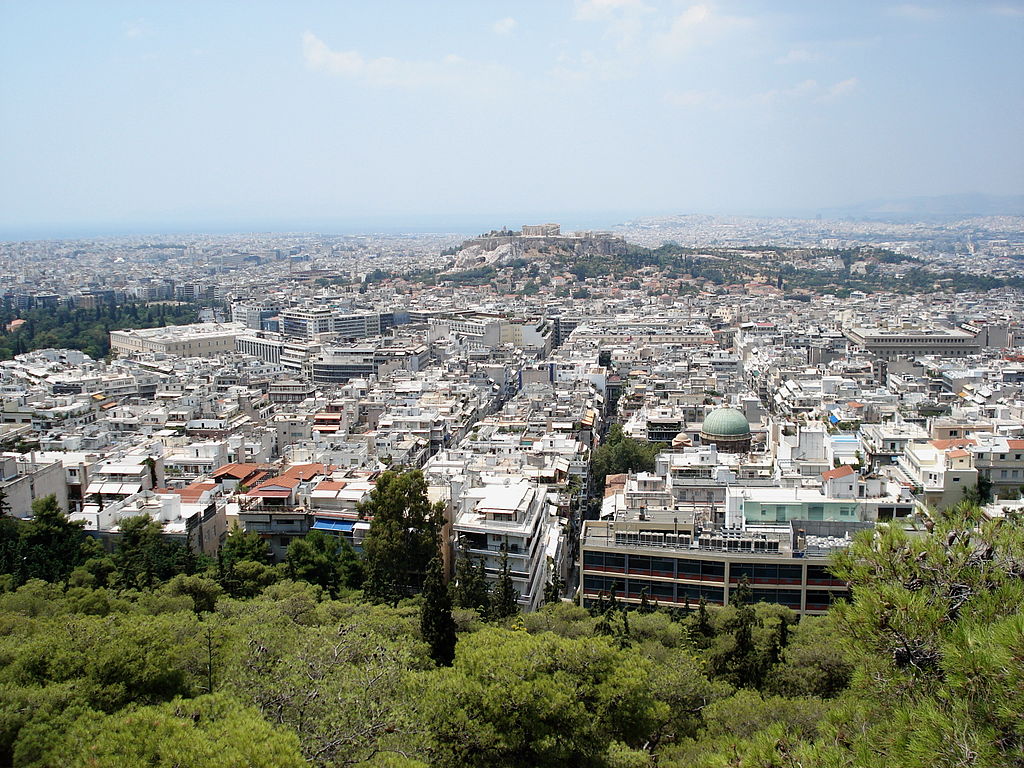 The Acropolis and Athens Seen from Mount Lykabettos

Lykabettos is the highest point in the city centre at 277 meters (908 feet), so naturally provides some of the best views. Don't forget your camera as it's from here you will want to try to get your perfect shot of the Acropolis. If it's a clear day, you will be able to see down to the port of Piraeus, where the Aegean glistens in the far distance, hinting at the beckoning Greek islands beyond.

The Athenian Assembly used to meet in the amphitheatre on the side of the Pnyx hill, and it gave them an impressive view of the Parthenon on top of the nearby Acropolis. Fewer visitors make it here, which is a shame as from the Pnyx you get an excellent view of the front of the Parthenon, which makes for some good photos. Professional photographers often shoot the building from here with a telephoto lens, to get the best results. 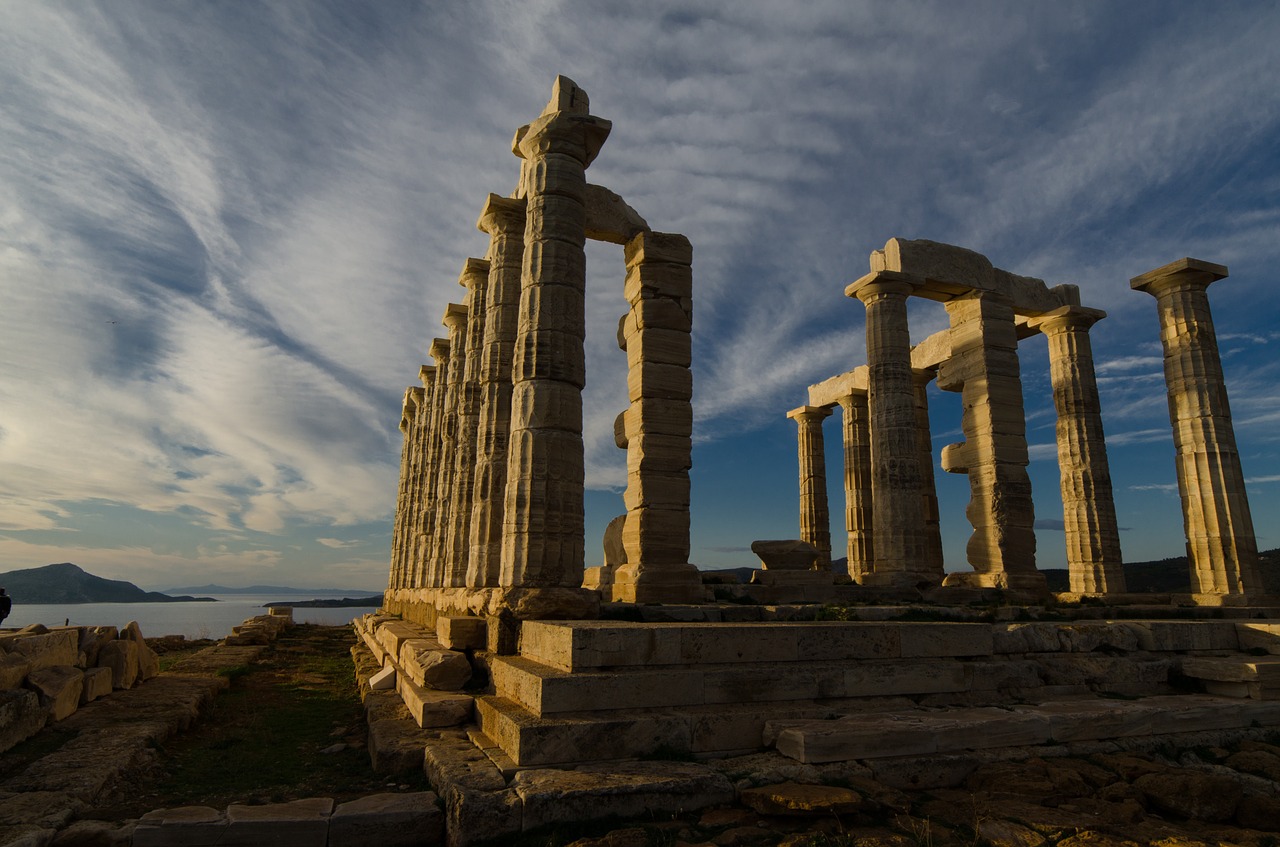 The Temple of Poseidon at Cape Sounion

OK, so this one isn’t in Athens itself but it isn’t far and apart from its historical interest, the Temple of Poseidon out at Cape Sounion also adds drama to one of the most stunning views around the city of Athens. Many people make their way out here for the sunset, and when the conditions are right the rewards are tremendous.

You can see across the bay and out to sea, with several islands visible in the near and far distance. It immediately makes you want to be on a boat, out on the Aegean and sailing out towards those romantic-looking dots of land in the distance.

This, then, is our choice of some of the best views in Athens. But sometimes they surprise you as you walk around, like this reflection of Lykabettos Hill in a modern building, taken by Donna.