Ioannina is the capital of Epirus in Western Greece, located by Lake Pamvotis and noted for museums and galleries, a castle, and a tradition for silversmiths. 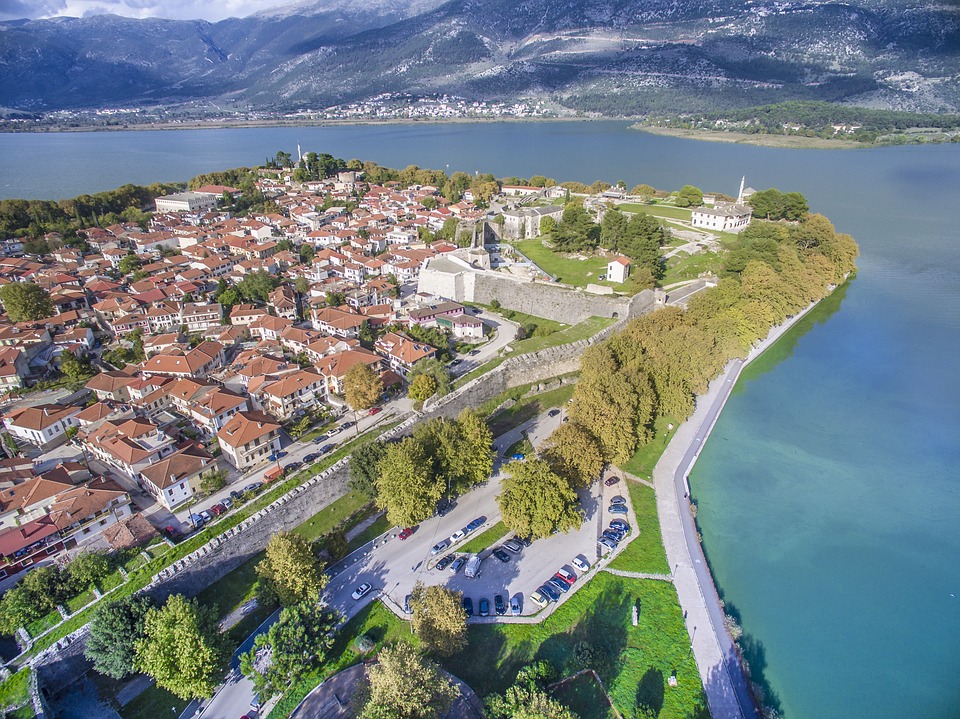 The slim minarets of Ali Pasha's citadel poking above the lakeside trees are a distinctive feature of this beautiful regional capital, the largest city in Epirus. Idyllically situated on the shores of Lake Pamvotis, with the Pindus Mountains on the far side beyond the delightful lake island of Nisi (the name simply means 'the island'). Ioannina is a lovely place to spend a few days or even more.

Don't miss our page with a Ioannina Walk on it.

It's wise not to make any complimentary remarks around here about Ali Pasha, the murderous tyrant who dominated the city from 1788 until his death on the island of Nisi in 1822, for even after all these years local feeling still runs high. 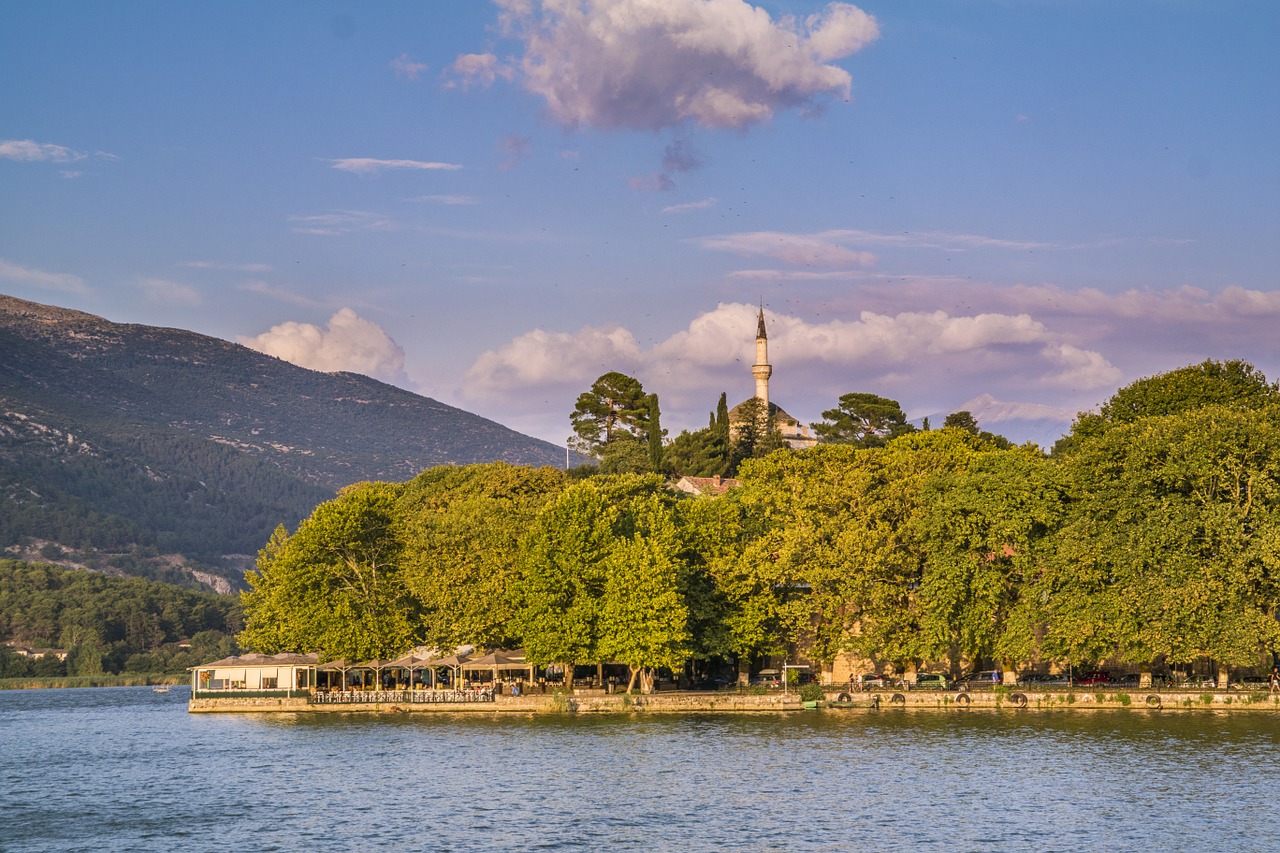 Ioannina was under the Turkish yoke for almost 500 years, the longest and blackest spell in Greek history, and Turkish influence has survived here more strongly than in many other places. Yet the name of Ali Pasha is inextricably entwined in the city's history, whether the present citizens like it or not.

Under the Ottomans, Ioannina flourished as a center for arts and crafts, most notably for silversmiths. Even today, silver from Ioannina is considered to be among the finest in Greece, and you can still find a few craftsmen working in cramped workshops in the back streets, producing exquisite and intricate creations. 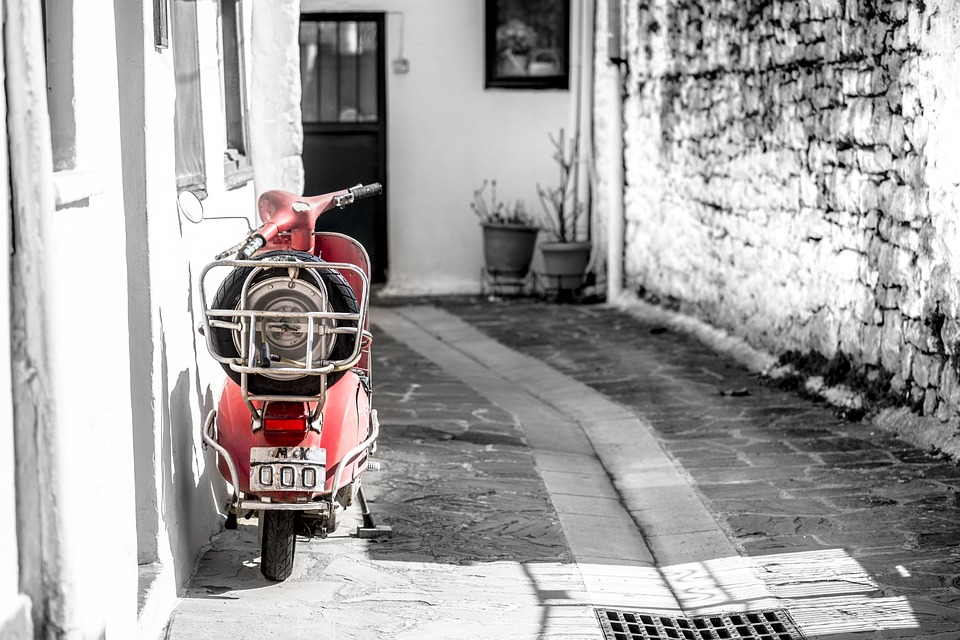 In the Back Streets of Ioannina

Samples of some of the best silversmithing can be seen in the annex to the city's Byzantine Museum, which is inside the citadel and contains excellent and well-explained collections of Byzantine art. The nearby Silversmithing Museum includes more lovely pieces and a recreated silversmith's workshop. 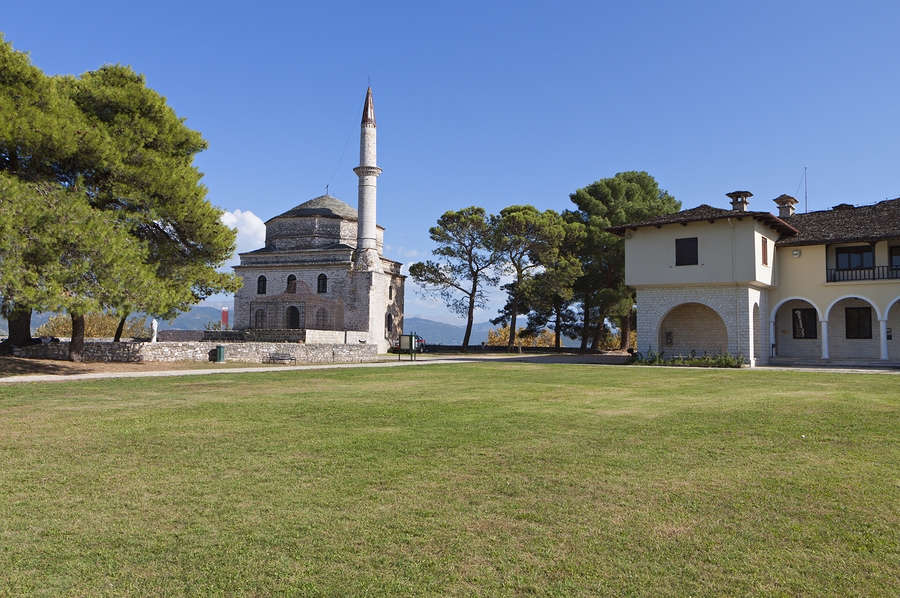 Next to the Byzantine Museum is the Fethiye Tzami, or Victory Mosque, which isn't open to the public. In front of this stands the unmarked and untended grave of Ali Pasha.

Don't miss this fascinating story about the history of knife-making in Ioannina. You might want to visit the shop.

Also inside the citadel, and inside the Aslan Pasha Tzami mosque is the Municipal Ethnographic Museum of Ioannina. This is worth visiting, if only to see inside the mosque which was first built in 1619, but it also has a good collection of folk costumes, jewellery, and other arts and crafts from Ioannina and around.

Outside the citadel, the city's Archaeological Museum is an essential visit if you plan to go to the nearby archaeological site of Dodoni, which is about a 30-minute drive south of the city. Many of the best finds from the site are on display in the museum. A ten-minute walk west of the Archaeological Museum is the Municipal Art Gallery of Ioannina, which has about 500 works of art by artists from Ioannina and beyond including paintings both classical and contemporary, prints, and sculptures. 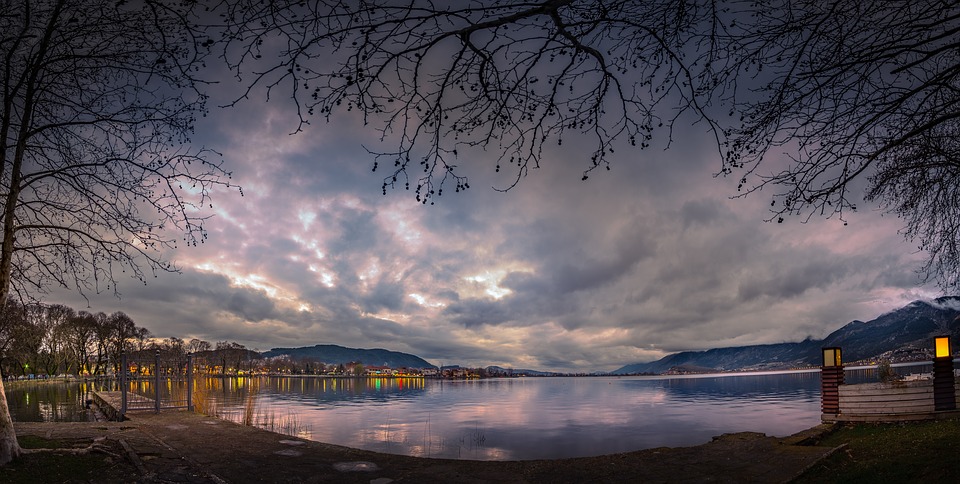 The other essential visit when you're in Ioannina is to Nissi, the charming island on the far side  of Lake Pamvotis. Nissi, or nisi, is simply the Greek word for an island. It's reached by a regular ferry service that runs all day long, and into the evening, and leaves from the lakeshore under the citadel walls. There's one small, straggling village on the island where people make a living from fishing or tourism.

It's a wonderful experience to sail across and have lunch or dinner in one of the excellent lakeside fish tavernas. If going for dinner, check the time of the last boat back. Note that most of the fish served in the restaurants comes not from the lake but from fish farms in the mountains. It doesn't mean it isn't top quality, but the lake could never provide enough fish to satisfy the demand. What does come from the lake and surrounding area is a dish you don't find on many Greek restaurant menus: frogs' legs. Frogs are so abundant locally that they are even exported to France. 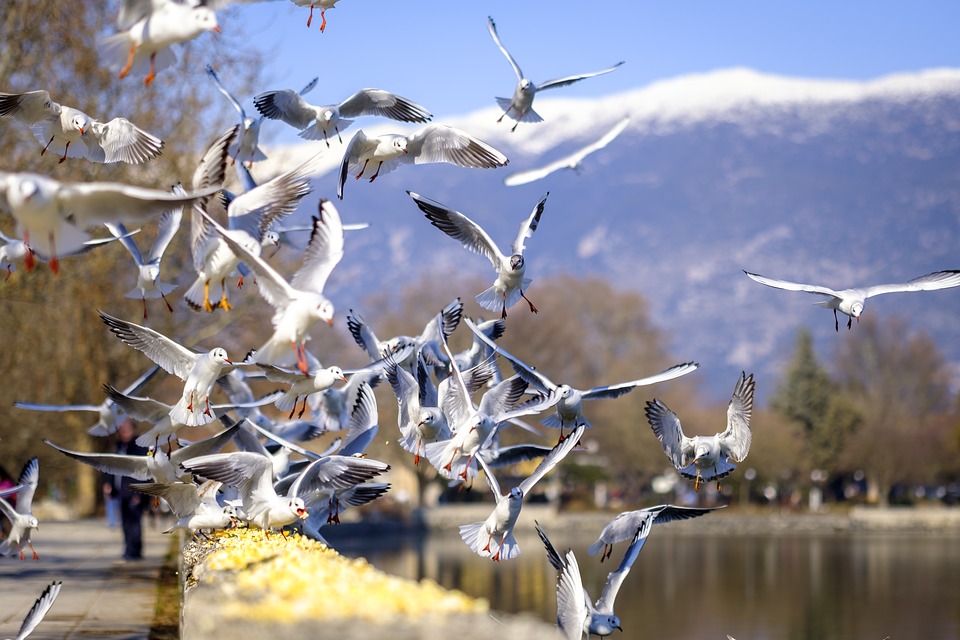 A trail goes all the way round the island, which makes for an enjoyable short walk. Because Nissi isn't developed, it's still a good place for wildlife. Walk around the island and you might see and hear nightingales, reed buntings, kestrels, a variety of water fowl... and frogs, of course! 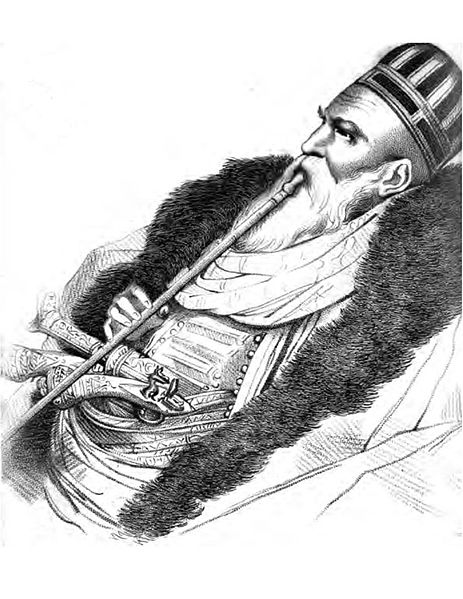 Look for signs to the island's only cultural attraction, the Ali Pasha Museum, inside the Monastery of Pantaleimon. The monastery was built in the 16th century but the present building is a modern reconstruction, the original having been demolished by a falling tree. It was in here that Ali Pasha was assassinated but not, as you might suppose, by local Greeks. He was killed by Turks from Istanbul. Ali's own rulers had become concerned at the power and wealth he had accumulated, and his ambition to create an independent state.

Ali was besieged in the citadel in Ioannina but somehow managed to escape to the island in the lake, taking refuge in the monastery. Unsympathetic locals gave away his hiding place, and with Ali hiding upstairs the Turks shot up through the floorboards from downstairs to kill him. The bullet holes can still be seen. Ali was then beheaded and his head sent to the Sultan in Istanbul to prove that the mission had been accomplished. It is a violent past, in stark contrast to the peaceful nature of the lake and the island today.