The resort of Parga, in Epirus in Western Greece, is one of the most attractive and popular along the Ioanian coast, with several beaches and waterfront seafood tavernas. 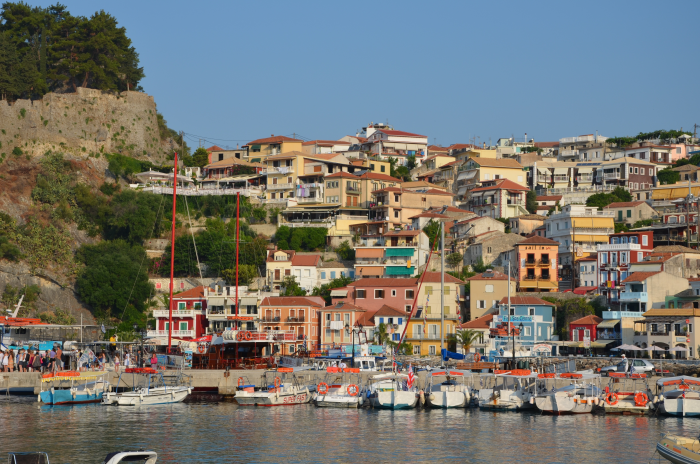 There are several good beaches both in and close to the town, a choice of numerous excellent waterfront fish restaurants, and easy access to the classical site of Dodoni (a 75-minute drive), the Epirot capital Ioannina (90 minutes, passing Dodoni on the way), and even the Zagorian villages and the Vikos Gorge (about an hour north of Ioannina). You'll need your own transportation to get to all these places, though you can get to Ioannina on the bus. 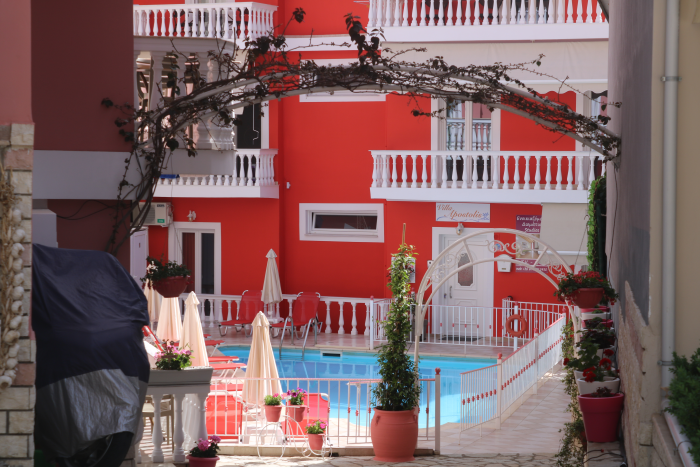 Parga as a Base

Parga makes a good base as there are also ferries from here to the lovely little island of Paxos, from where you can then take a ferry to Corfu. It's also only an hour from the airport at Preveza, for international charter flights. There's a bus connection between Preveza and Parga. You can get to Athens from Ioannina National Airport, and from here there are also some charter flights in season to Scandinavia and Ukraine. 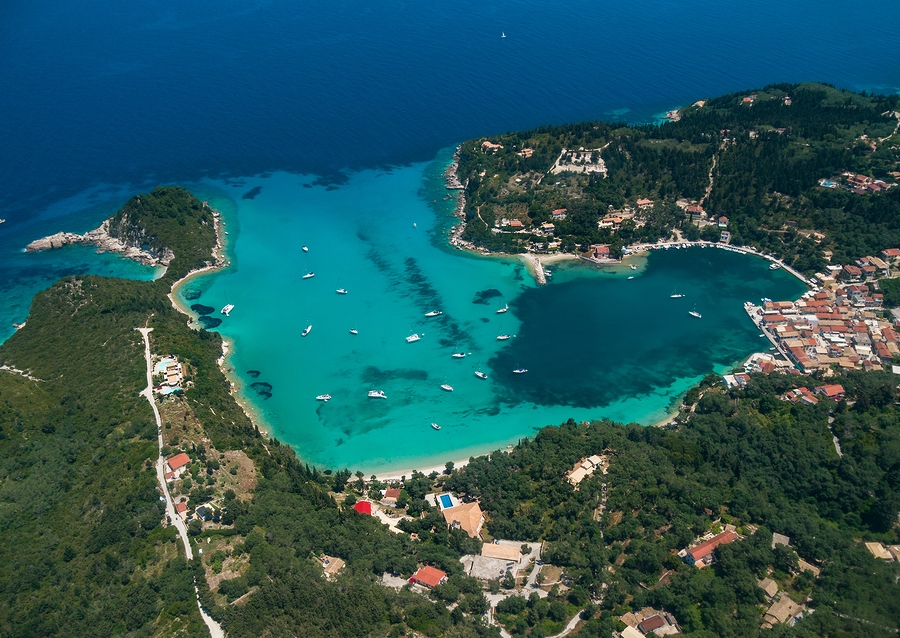 Paxos in the Ionian Islands

You can also of course spend an enjoyable week or two at Parga without visiting anywhere else, if you enjoy a lazy beach holiday and relaxing in the evening in different tavernas. Everything considered, and given how attractive it is as well, it's not surprising that Parga is so popular. If you plan to visit in the middle of summer, you should definitely book ahead. 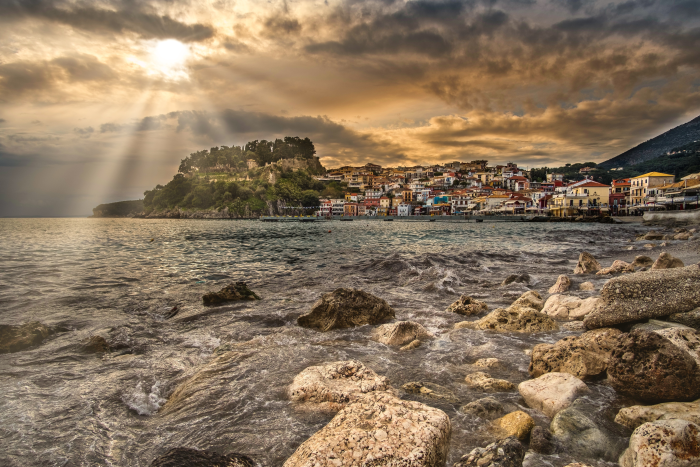 For all its appearance as a simple beach resort town, Parga has had a fascinating history. At one end of the harbour, that's lined with restaurants and shops, is an imposing Venetian fortress. The original fortress on this site was built in the 11th century, and rebuilt by the Venetians in 1452. This was demolished by the Turks so the Venetians built it again in 1572. It was rebuilt for the final time in 1624, as a date over one of the gates indicates. You can see the symbol of Venice, the Lion of St Mark, carved into one of the walls in the keep. 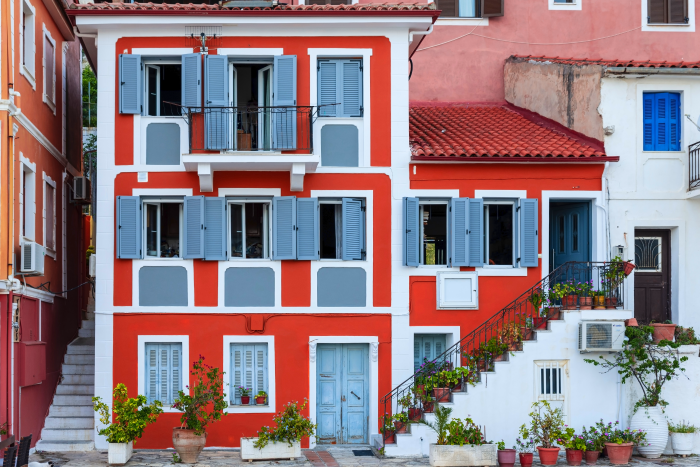 The town was conquered by the Turks but then taken by the Venetians at a time when the Turkish Empire dominated most of modern Greece. The British then captured it from the Venetians, and in 1819 sold it back to the Turks, where it came under the control of Ali Pasha in Ioannina. Under his despotic rule, many of the Parga natives went into exile on Corfu, the families only returning when Parga became Greek again in 1913. 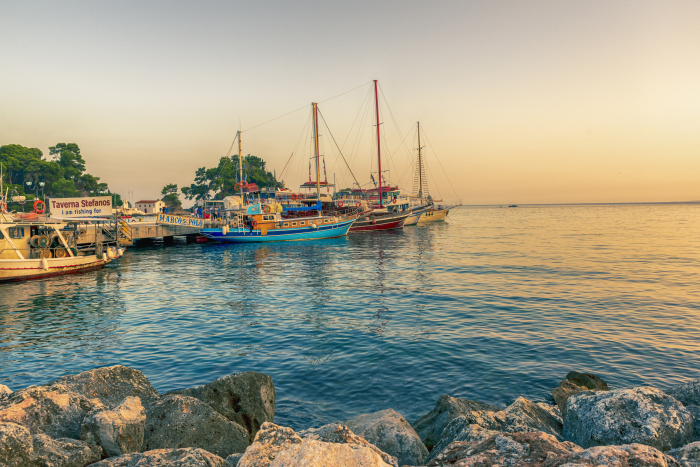 Beyond the headland where the fortress stands is one of the town's best beaches, a long sandy stretch, and there are several more to both the east and west of the town centre.

In the town itself, look for a mix of dazzling whitewashed houses, and brightly-coloured ones. The whitewashed houses have dabs of vivid colour from numerous bougainvillea, hibiscus and morning glory plants that cascade down from walls and balconies. Here too are the small hotels, more restaurants, and the souvenir shops that all mark it out as a tourist resort.

Outside the high season from about June to early September, these back streets are pretty enough to retain their Greek picture-postcard charm. 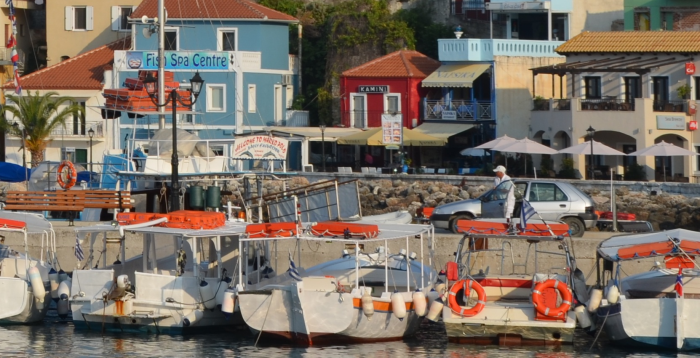 Where to Stay in Parga

More Information
Visit the official website of the Municipality of Parga.