Zagori and the Vikos Gorge

The Zagorian Villages and Vikos Gorge in the Pindus Mountains of northern Greece are popular for hiking, and for their scenic beauty and historical traditions.

A 45-minute drive north of Ioannina, as you head towards the Albanian border, you come to Zagori and the Vikos Gorge, one of the most intriguing regions of northern and western Greece. Forty-six Zagorian villages, with their own distinctive architecture and culture, are linked together by a network of centuries-old paths that make for ideal walking through the superb scenery of the lower Pindus Mountains.

One of the great natural features of the area is the Vikos Gorge, which runs for 7 miles (12 km) and is only 2 miles (3 km) shorter than the Samaria Gorge on Crete. In places its walls rise 3,117 feet (950 m) sheer from the ground, while elsewhere the gorge opens out to flower-filled meadows, with the opportunity to swim in the Voidhomatis River at the right times of the year.

If you are reasonably fit and have arranged transport and accommodations, it is possible to walk the gorge in one day. Walkers need to be extra careful as the gorge is nowhere near as busy as the Samaria Gorge and is relatively free of other walkers. Travelling at the best times, in early and late summer, you may see only a handful of other people so a twisted ankle or dehydration could become a serious problem. 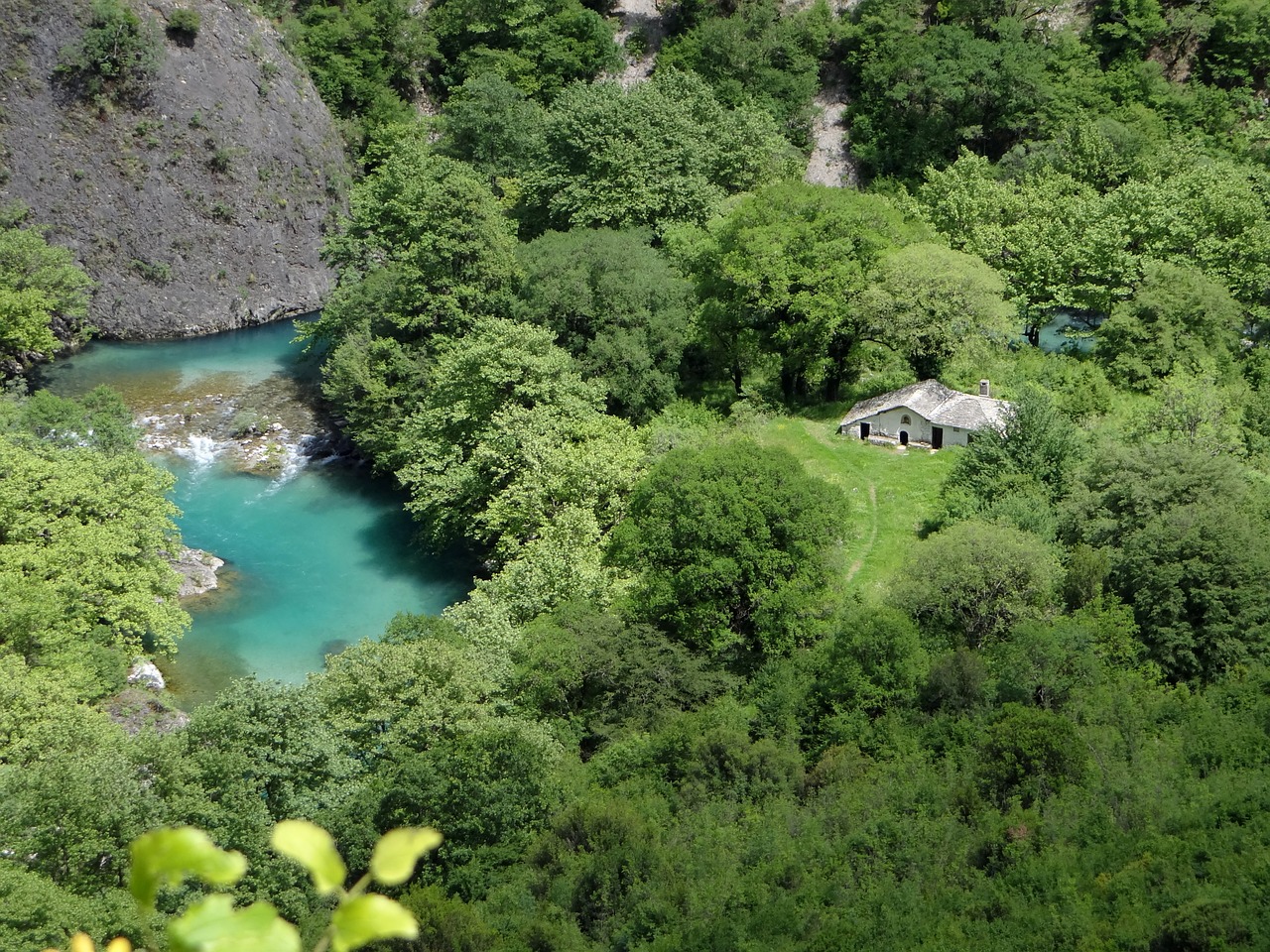 Winter in the Vikos Gorge

In winter the gorge may not be passable, and the same applies in April and May when the mountain snows melt and turn the trickling rivers into thundering torrents which fill the base of the gorge in places. Always take local advice on conditions, and let people know where you are planning to walk.

It would take at least a week just to begin to explore this region. The Zagorian villages are fascinating, and the history and the landscape are richly intertwined. Today's cultural wealth is partly a result of the region's past poverty. The harsh landscape made it hard for people to scrape a living here, and many were forced to seek work abroad and send money to their families left behind.

The Turks who ruled from Ioannina, about 30 miles (48 km) to the south, granted Zagori autonomy so that the steadily-growing wealth from abroad was largely retained, and used in the 18th and 19th centuries to build houses known as archontika. These are modest in size for mansions, but certainly grand in comparison to the average mountain home. Some are now derelict and romantically crumbling, some are still lived in, while others have been restored for use as museums or guesthouses.

Hikers in The Vikos Gorge

This corner of the Pindus Mountains is not thickly wooded, so the mansions are mostly built from the local limestone, with slate roofs. Often there is space for livestock on the ground floor, and a walled yard. They give a very distinctive look to these small villages: fewer than 4,000 people live permanently in Zagori, one of the most sparsely-populated parts of Greece.

Some of the villages are now deserted and some have just a handful of families supporting themselves by agriculture, but others prosper from the increasing tourism in the area. They are popular with hikers, mountaineers, and the more curious and adventurous travellers.

The best bases for exploring are the main villages of Monodendri, Tsepelovo, and the twin villages of Megalo Papingo and Mikro Papingo. They all have guesthouses, restaurants, and small shops, and you can usually find a walking guide to hire, if you wish. If you don't have a car, you can reach these villages on the local bus from Ioannina. 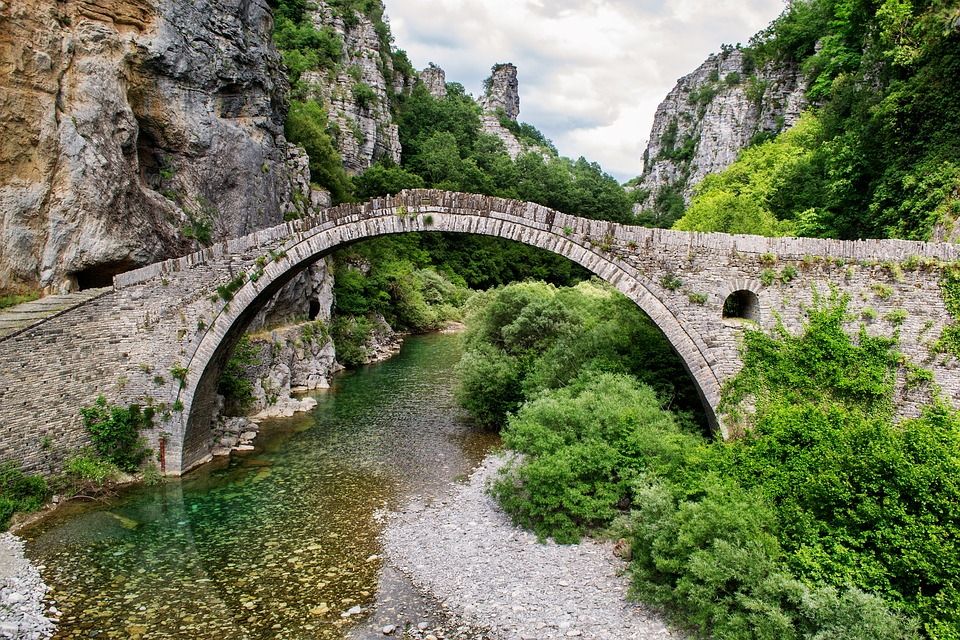 The pathways that connect the various Zagorian villages are best enjoyed in the spring when the paths, which are usually no more than a thin covering of gravel, become carpeted with wildflowers.

The best time of year to hike the trails is from about April to October. In late summer the Alpine flowers are still blooming but there are autumnal charms too, with cool breezes and mellow colours.

The paths are somewhat rough. Boots, or at the very least good walking shoes, are a must. There are many different routes but it is best to hire a local guide. The paths are poorly marked, and some are not marked at all.

For the most part, accommodations in the villages are usually limited to small inns or bed-and-breakfasts, but you can find a good choice from cheap to expensive on places including Airbnb. Each of the main villages has several family-owned tavernas and restaurants

Be warned that the trails are narrow, and the bridges along the way are equipped with bells which alert those about to cross them of any extremely high winds. The bridges are hump-backed with no sides, so can leave hikers exposed to high winds. The bridges are ancient, built by traders who had to cross the region during the spring melt when flooding was common. Some of these precarious stacks of stone don't look like they could survive a gust of wind, much less the erosion of the centuries. One of the best-preserved, and most-photographed, is the Kalogeriko Bridge near Kipi.