UNESCO has made Thessaloniki a City of Gastronomy, under its Creative Cities network, the only city in Greece to be acknowledged for its unique food and drink.

As well as designating certain significant places as World Heritage Sites, UNESCO (The United Nations Educational, Scientific and Cultural Organization) also has a series of Creative Cities. These are cities which are considered exceptional in one of seven creative fields, such as music, literature, crafts and folk art, film… and gastronomy. 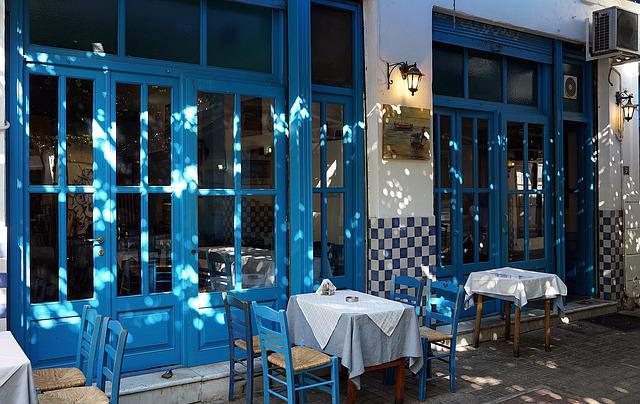 A Simple Greek Taverna in Thessaloniki, City of Gastronomy

At the time of writing there are only thirteen Cities of Gastronomy in the world, including Parma in Italy, Tucson and San Antonio in the USA, Rouen in France… and now Thessaloniki in Greece. Thessaloniki also has fifteen UNESCO World Heritage Sites, and was already referred to as Greece’s unofficial culinary capital, or food city.

So why has UNESCO made Thessaloniki the first City of Gastronomy in Greece? One reason is that Thessaloniki has long been at a crossroads of cultures. It was, for example, the second most important city of both the Byzantine and Ottoman vast empires. The Romans were here too. It also offered a safe haven to Sephardic Jews fleeing the Spanish Inquisition, which led to Thessaloniki at one time having Europe’s biggest Jewish community.

The Church of Agios Dimitrios in Thessaloniki

Thessaloniki is 500 km (311 miles) from Athens, but only 600 km (373 miles) from Istanbul, 300 km (186 miles) from Sofia in Bulgaria, and 240 km (149 miles) from Skopje in the Republic of North Macedonia. Its food and drink combines elements of native Greek cooking, Middle Eastern cuisine, and influences from various southern European nations.

Like all gastronomical centers, it isn’t only because of haute cuisine. Good food cities are also noted for good street food. In Thessaloniki this would include local specialities like koulouri (similar to bagels and topped with sesame seeds), or trigona Panoramatos. These are decadent cream-filled pastries with various possible toppings and are hyper-local, as they come specifically from the Thessaloniki suburb of Panorama.

Or try bougatsa for breakfast, which can be savoury or sweet depending on your taste or mood – it’s basically a filo pastry pie that can be filled with feta or some other cheese, or with a sweet custard cream. Another local specialty is soutzoukakia. These are meatballs but more Middle Eastern than Italian, with spices like cumin and cinnamon adding a spiciness to the mix.

Thessaloniki may not have the several Michelin-starred restaurants that Athens has, including the acclaimed two-star Spondi, but it can more than hold its own when it comes to classy, contemporary, gourmet cuisine. Likewise, its cocktail scene is a thriving one, and there has been a renaissance in the Ladadika quarter, where down-at-heel shops have been converted into restaurants and bars, both smart and casual. 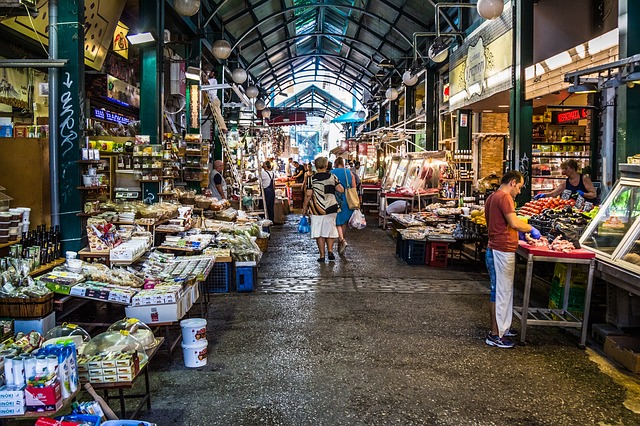 The Modiano Market in Thessaloniki, Greece's City of Gastronomy

The city’s historic Modiano Market is also getting a makeover, and while it won’t lose its traditional butchers and fishmongers, it’s being modernised and will add live music, food festivals and other events to bring it bouncing into the 21st century. This is where you’ll find all the best produce from the whole of Macedonia, one of Greece’s main food-producing regions. Look for deliciously sweet Florina red peppers, juicy Naoussa peaches, and olives from Halkidiki, showing that Kalamata isn’t the only place you can grow the best olives.

In the last few years Greece has emerged as a leading wine destination, after previously being known for cheap table wines and the Greek speciality, retsina, which we love but not everyone develops a taste for. If you head southwest from Thessaloniki towards Athens, you’ll pass by some of the best wine-growing areas.

Don’t let the fact that many Greek grape varieties are not known outside Greece and have strange names like malagousia and assyrtiko. Any decent wine waiter will be able to tell you which one tastes like a chardonnay or which like a cabernet sauvignon, so that you have a reference point. Don’t miss the unique opportunity to try good Greek wines that you won’t find elsewhere…some not even outside of Thessaloniki.