Irakleio’s Venetian Harbour is one of its most attractive features, and a stroll around here with a visit to the Venetian Fortress that guards it is a relaxing treat. 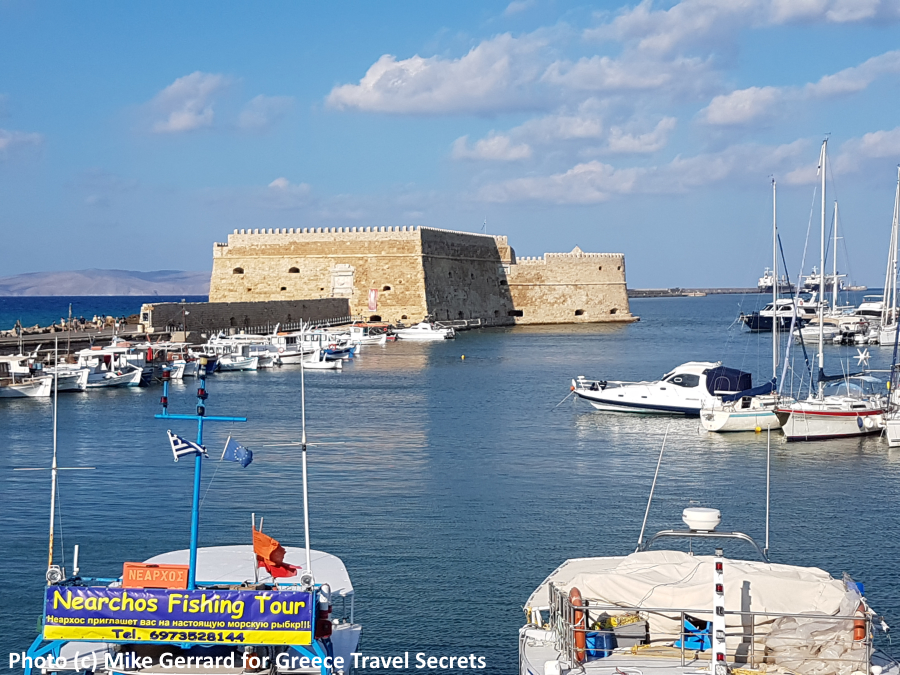 From the Fortress you get an excellent view not only of the city but of the remains of the Venetian shipyards, or Arsenali, across the water.

Close up, the Arsenali is none-too-impressive, surrounded as it is now by the modern city, but the view from the Fortress shows something of their old scale and style. A look at the model in the Historical Museum in Irakleio also helps re-create a picture of what life must have been like under Venetian rule. 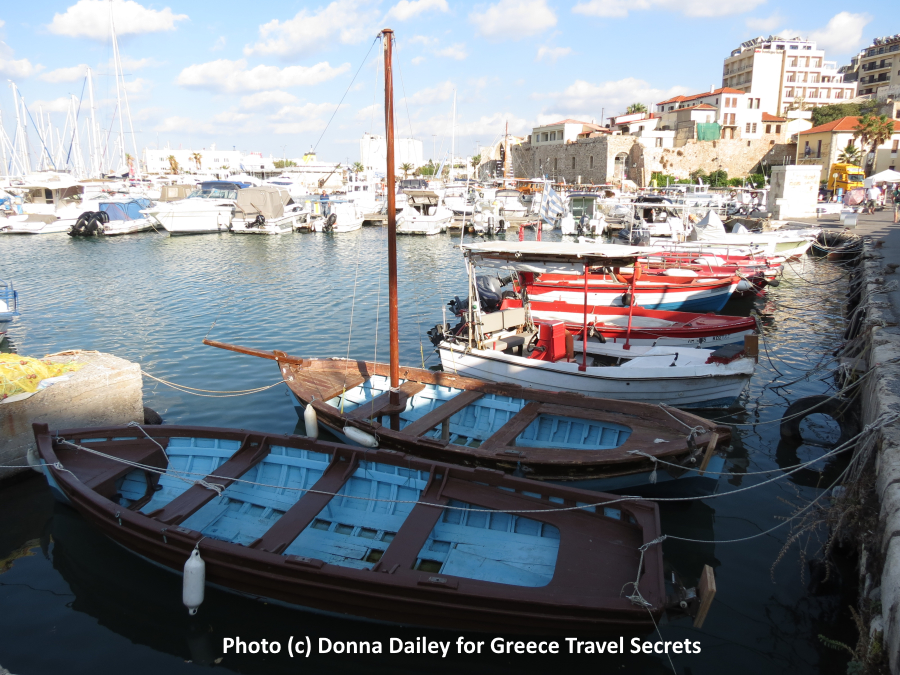 These 16th century shipyards would have resounded to the noise of large boats being built and repaired, where today it is the bobbing of the small boats belonging to Irakleio’s fishermen which sets the tone. 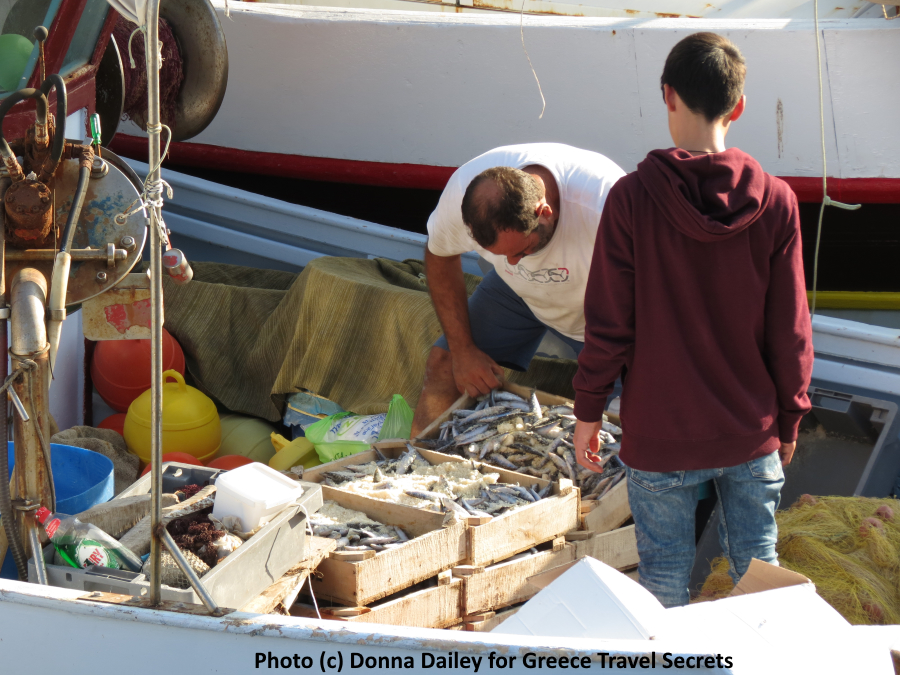 Fisherman and His Son in Irakleio's Venetian Harbour

The Fortress which dominates the harbour entrance was built in the period 1523-40, though there have been several earlier forts on the site, one being destroyed in an earthquake in 1303. The Venetians rebuilt it and named it the Rocca al Mare, the Rock in the Sea, and the impressive name is appropriate for the impressive building you discover beyond the entrance gate. 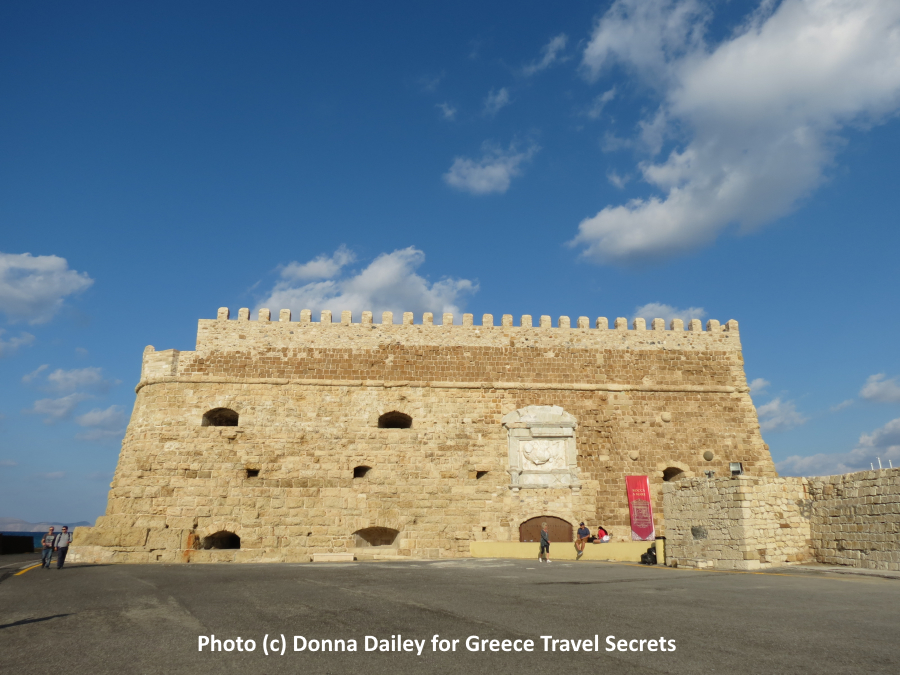 Inside you step into a huge and dark vaulted room, with other rooms and passageways leading off it. Ahead and to the right, a long and steep slope leads to the upper levels, where visitors can climb the walls for the excellent views of the harbour and city beyond, or out to sea. The walls have some towers too which can be entered, for even greater height.

While here, mull over the most significant episode in the history of the Fortress. In 1647 the Venetian rulers of Irakleio and the rest of Crete retreated into the Fortress under siege from Turkish invaders. That siege was to last until 1669 and so became one of the longest in history. Eventually the Venetians had to succumb, but only after a long and bloody struggle during which it is said that 30,000 Venetians and 118,000 Turks lost their lives. 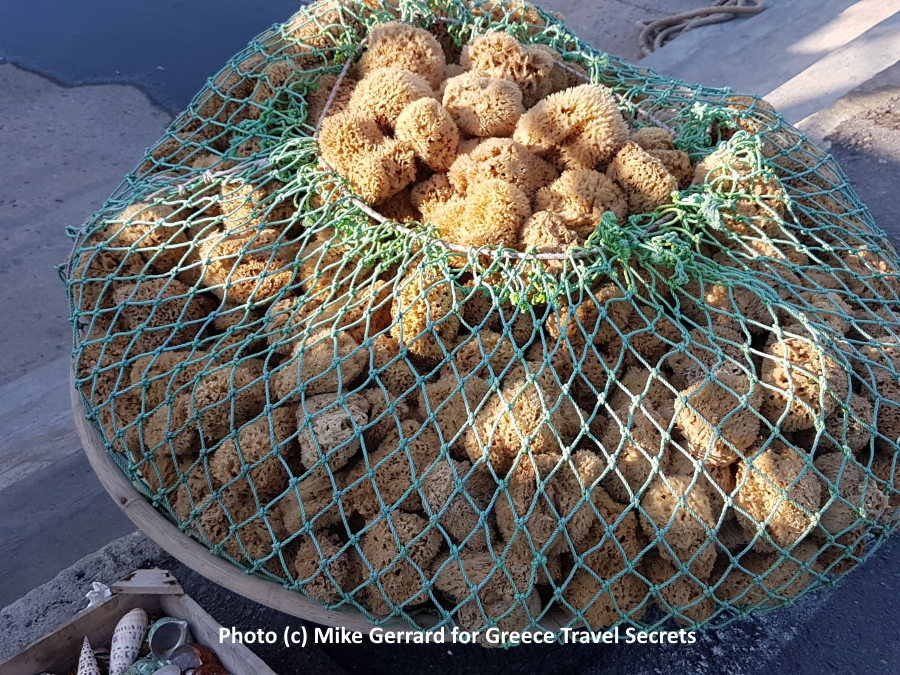 Sponges in a Net in Irakleio's Venetian Harbour

The Fortress has been extensively refurbished and some say it now looks more like a film set, but its scale remains remarkable. It now sometimes houses temporary exhibitions, and occasional plays and concerts on a stage set up in the upper level.

When an exhibition is on the opening hours sometimes change, so you may want to check in advance if planning a special visit.

The winged lion of St Mark the Evangelist was the emblem of the Venetian Republic. It was depicted in all areas under its dominion, carved in limestone or marble above gateways or on public buildings and fortifications. Some 80 reliefs have been recorded on Crete.

Look for the Lions of St Mark above the entrance gate and on the seaward wall.