Irakleio’s Icon Museum in the church of Ayia Aikaterini is a small but impressive collection from the world’s best icon painters. 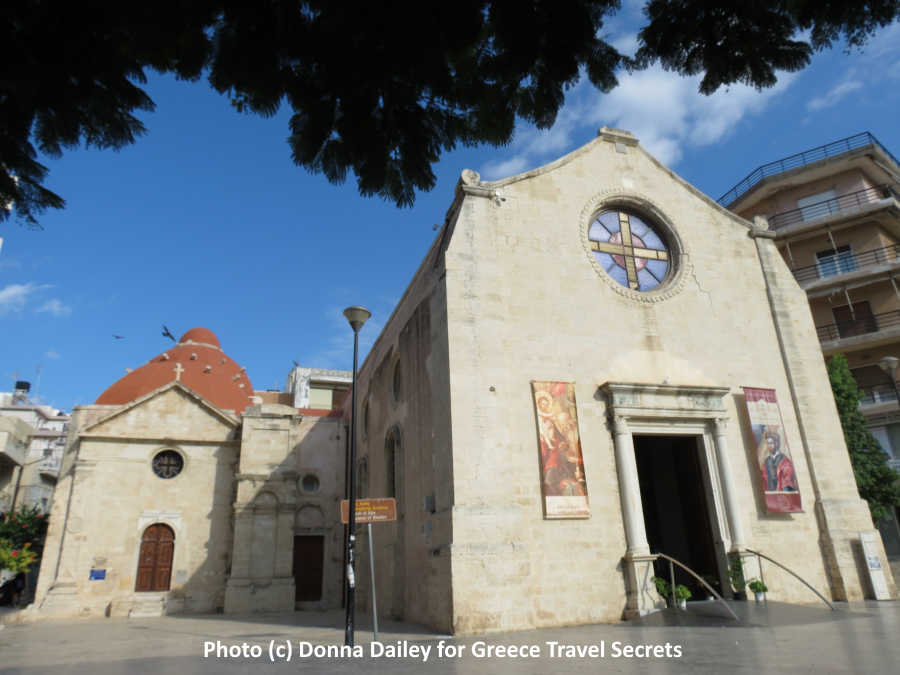 Cretan icon painters were considered the best in the world, and here you can see some of the finest works by one of the great masters of the art, Michael Damaskinos, as well as other beautiful religious items.

The museum is contained in the small church of Ayía Aikateríni of Sinaites, rather dwarfed by the nearby large cathedral of Áyios Mínas, but step inside its doors and you find this excellent collection of icons, not to mention religious vestments, Bibles, illuminated manuscripts, coins and frescoes. Its official name is the Museum of St Catherine, but it is also known as the Museum of Christian Art. We don't think they can quite make their minds up! 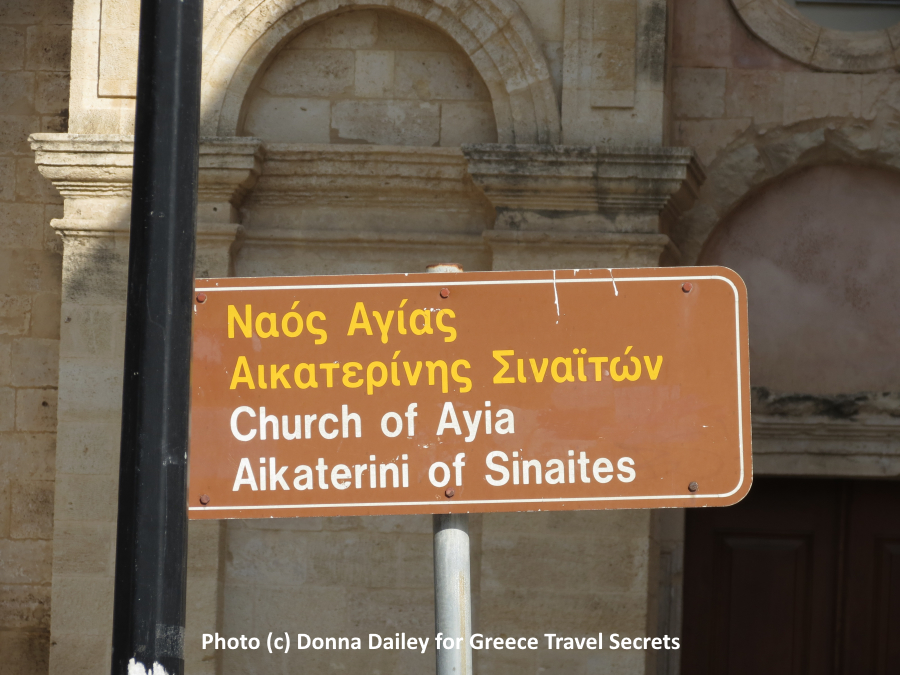 The collection features some of the best items on the island, rescued from or donated by churches and monasteries all over Crete. The church that houses them was built in 1555, but the seating has been removed to expose the marble floors and provide space for the display cabinets in the aisles and around the sides. Icons grace the walls.

With no air-conditioning, the building can get very hot and stuffy, so visit early in the day if possible.

The ticket desk is just inside the door, and on the wall opposite are six hugely impressive 16th century icons, the work of Michael Damaskinos. Damaskinos was the only Cretan painter of his era to rival the talents of El Greco himself. Like the Master, Damaskinos went to Venice, but afterwards he returned to his native island and the six icons hanging here are considered to be among his finest works.

The icons depict various Biblical events such as The Adoration of the Magi, The Last Supper and The Burning Bush. They were all painted in the period 1582-91 for the Moní Vrontísiou (Vrontisiou Monastery) northwest of Záros. In 1800 they were brought to Irakleio to save them from destruction by the Turks. They have a liveliness, a depth of image and of colour that makes them appear as if they were done yesterday. 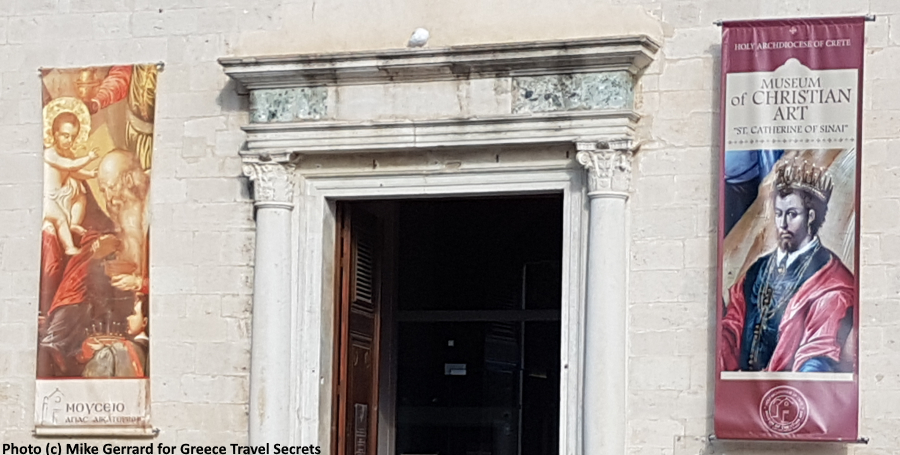 Other Exhibits in Irakleio’s Icon Museum

In the central aisle are two cases containing Byzantine coins and holy manuscripts. On the left aisle is a series of large icons saved from mountain chapels and monasteries, mostly from the 15th and 16th centuries, and anonymous. Note the nearby case of lovely illuminated manuscripts dating from the 16th century and from the Monastery of Epanosiphi and, opposite these, the ornately carved wooden Bishop’s Throne from the Monastery of Kera.

In what would be the south chapel of the church, look for the exceptional icon of Lady of the Kardiotissa from the Monastery of Kera. The Virgin, dressed in red, has sorrowful eyes that seem to stare right into your soul.

There are more icons as you approach the high altar, including a very vivid 17th century Last Judgement, where naked souls are cast down into hell where they are being eagerly greeted by evil devils throwing them into the fiery furnace.

Don't miss our page about our meeting with a modern-day icon painter on Crete.

Following round to the left of the altar the collection broadens out to include some brightly-coloured frescoes and a large stone iconostasis. Two cases contain some chalices, Bible covers and a holy cross.

The opening hours do change so check the website first.

On leaving the church, walk across the Platia to see the small church of Áyios Mínas, if open, and the large 19th century cathedral of the same name, with its elaborate metal chandeliers, beautiful painted ceilings, and vast stone pulpit.

Visit the excellent website of the Museum of St Catherine, in both Greek and English. Note that photography is not allowed inside the museum so we can only show you the outside.