Spetses in the Saronic Gulf Islands of Greece is an easy day trip from Athens and has some good beaches. This page gives details of ferries and what to do. 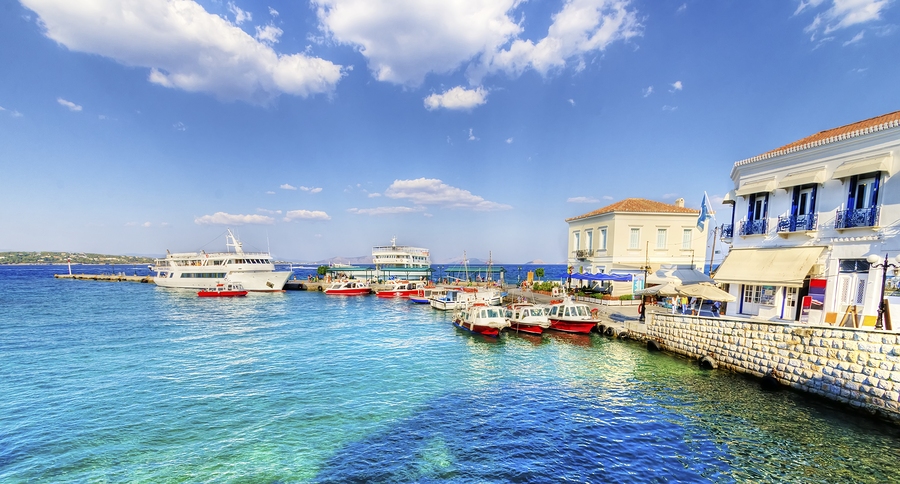 Like Hydra, Spetses became very rich through maritime trade in the 18th and 19th centuries and the resulting grand houses can still be seen around Spetses Town. Many of these are now owned by well-to-do Athenians, who use them as weekend residences and holiday homes. Spetses has become rather fashionable, and is quite smarter in feel than the rather more boisterous Poros, without having the artistic chic of Hydra.

The islanders are proud of their maritime heritage and in particular their most famous islander, Laskarina Bouboulina, whose statue graces the harbour. Bouboulina was a female fighter who became an admiral in the navy and was prominent in fighting the Turks during the War of Independence. Her coffin and bones are displayed in the Chatzi-Giannis Mexis Museum, which takes its name from the former owners of the late 18th century mansion which now tells the local history, especially the War of Independence. Close to the harbour is Bouboulina’s House, which is also now a museum in her memory and admission is by way of a guided tour every half-hour in season. 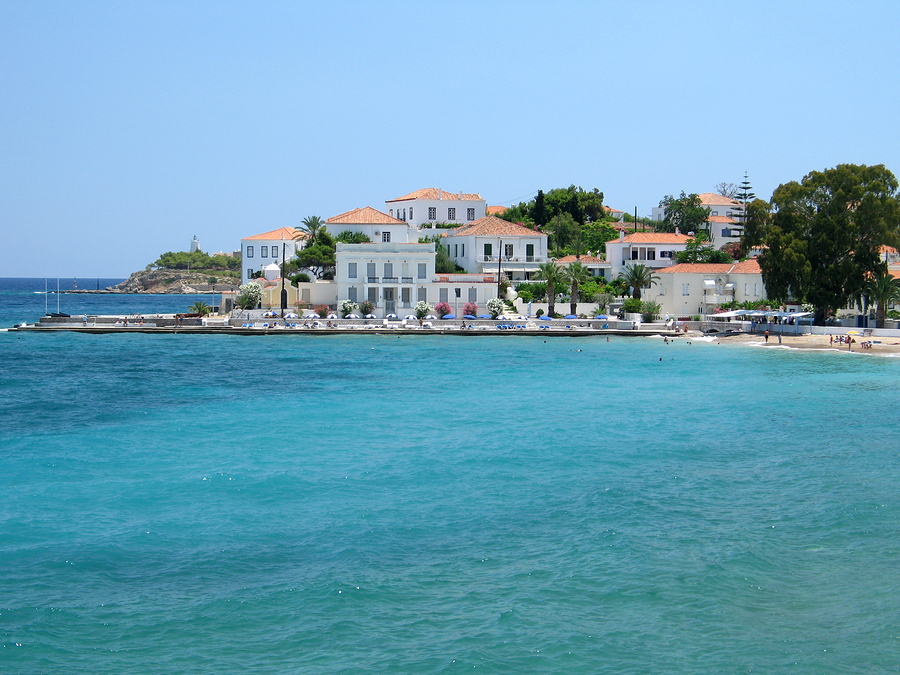 A more recent resident was British novelist John Fowles, whose 1966 novel The Magus (later filmed) became a cult classic among young people in the late 1960s. Fowles turned Spetses into the mythical island of Phraxos, but it was very much based on Spetses and the school where Fowles taught, Anaryiros College, is just outside Spetses Town and features in his book.

There are no major historical remains around the island, but there are a number of good beaches such as that at Agii Anargiri, and also quiet villages making it a good island to explore on foot or by hiring a bike or moped. For a long time motor vehicles were banned from the island, save for the ubiquitous Greek moped, although now local residents are allowed to bring cars onto Spetses although they are still prohibited from the town centre. This does make Spetses Town one of the more pleasant of Greek island capitals.

Flights to Spetses
To get to Spetses you must fly to Athens and then take the ferry from Piraeus.

Ferries to Spetses
There are several ferries each day from Athens (Piraeus) to Spetses. The regular slow ferry sails once a day in the morning (reduced service in winter), and takes about 5 hours. There are also much faster flying dolphins and flying catamarans, where the journey time will be 2-3 hours depending on whether it makes stops at some of the other Saronic Gulf islands and at the mainland port of Ermioni on the way. You can also use the Ermioni-Spetses ferry to get to and from the Peloponnese.

Where to Stay on Spetses