Mount Athos boat trips are very popular with visitors to Halkidiki in Greece, as they are the only way most people get to see these spectacular monasteries, with most boats leaving from Ouranopolis. 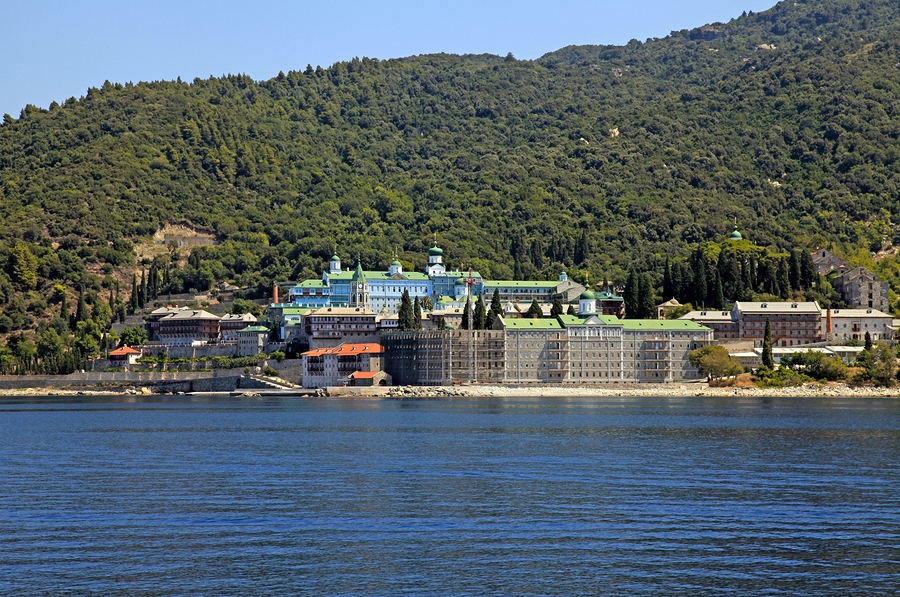 Only men can set foot on Mount Athos, and even for them it is a lengthy business to acquire a permit. Most people have to be content to enjoy a boat trip along the coast, to see the magnificent monasteries in their clifftop settings, against the backdrop of Mount Athos itself.

Some trips take visitors around the whole peninsula, to see the monasteries on the eastern side as well, but the vast majority of boats leave from Ouranópolis and limit themselves to the more spectacular western side of Athos. Ouranópolis itself is not an especially attractive place at which to be based, and most visitors are staying in Halkidikí or Thessaloníki. You may wish to spend one night in Ouranópolis in order to take one of the earlier boat trips. 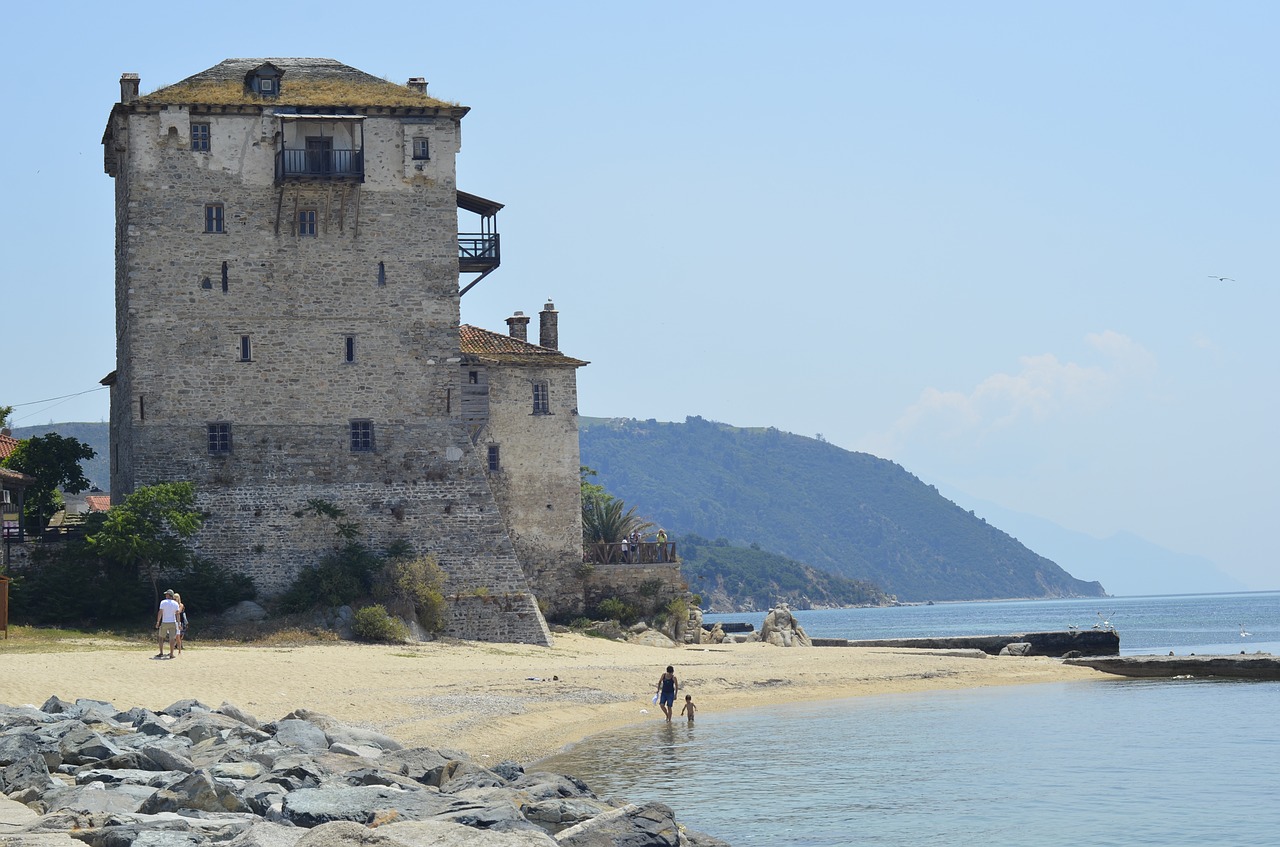 From a practical point of view, it is illegal for the boats to venture closer than 500m to the shore, so take a pair of binoculars if you have them, and a telephoto lens for your camera if you wish to get close-up photographs. Don’t leave behind your pocket camera if that is all that you have, as you may well get some wonderful photos of the dolphins which sometimes swim alongside the boats and leap spectacularly out of the water.

The boat trips take at least four hours, and though they sell some food and drink on board, the choice is limited so take your own picnic lunch as well. The boats provide a commentary in Greek, English and German, but the PA systems on some boats are rather poor, so see if you can find a map to help you identify the main monasteries. 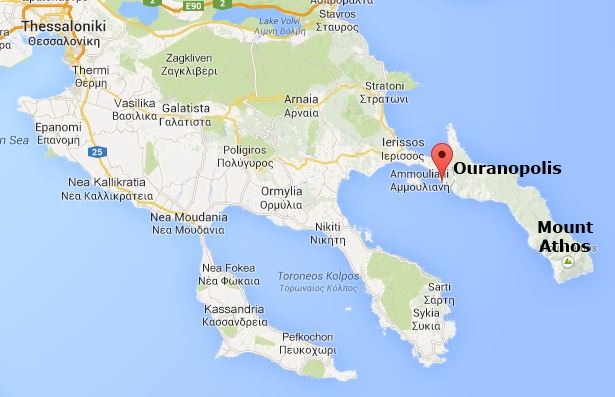 The first monasteries you pass are inland: Zográfou, the most northerly, and shortly afterwards Kastamonítou. The former was founded in the 10th century but like many monasteries has been rebuilt in the 18th and 19th centuries, and today is home to a small number of Bulgarian monks. Kastamonítou is 11th century, and is also still inhabited.

The first monasteries of which you get good views are down on the coast. Docheiaríou comes into sight first, a cluster of attractive buildings on a hill behind a jetty. This working monastery was founded in the 10th century and in addition to some original frescoes in its churches also claims to have a piece of the True Cross. Further along the coast is Xenofóntos, founded in the 10th century by St Xenofóntos, and also very much a working monastery – it even has a sawmill! Like many monasteries, though, it has been damaged over the years by fires and is now a mixture of periods and styles.

The next coastal monastery is the hugely impressive Ágiou Panteleímonos, dating back to the 12th century, with additions built by Russian monks in the 18th century, and inside you will get glimpses of the onion domes of churches standing above the red-rooved buildings. Further on is the port of Dáfni, where pilgrims come ashore and where a small population exists to service the practical needs of the monks and their visitors. Inland from here is the monastery of Xiropotámou, another one which has suffered fire damage and been rebuilt in various styles.

One of the most impressive sights is Simónos Pétras, on top of a rocky ridge, where it was founded in the 14th century. So too was Grigoríou, also on a clifftop if not quite as spectacular, and then Agiou Dionysiou with its pink and white balconies is perched 80m above the sea. Even higher is Ágiou Pávlou, nestling below Mount Athos itself. At this point most boats turn round and head back for Ouranópolis.