Philippi is an ancient archaeological site near Kavala in East Macedonia and Thrace and is famous for being the place where the apostle St Paul was imprisoned.

The Ruins of Basilica B

The ancient site of Phílippi (or Filippoi) is 18km (11 miles) northwest of Kavála and was once a thriving town. Its impressive remains today straddle the main Kavála-Drama road. The site was named after King Philip II of Macedonia, the father of Alexander the Great, after he captured it from the Thracians in 356 BBC. The remains that are visible now date mostly from the Roman period, though.

The most famous part of the site is the remnants of the prison in which St Paul was allegedly kept when he arrived here on his first visit to Europe to preach the Gospels of Christ in 49AD. It's thought that Philippi was the first place that the apostle preached on European soil. In spite of this unfriendly welcome, he remained here for a time and established a congregation, and returned here two more times, in 56 and 57AD.

Prior to the arrival of St Paul, the town was most notable for the Battle of Phílippi, which took place in 42 BC. The murderers of Julius Caesar, Brutus, and Cassius, had fled with their armies but were confronted here by the pursuing forces of Mark Antony and Octavian. When it was clear that they were going to be heavily defeated, Brutus and Cassius both killed themselves. 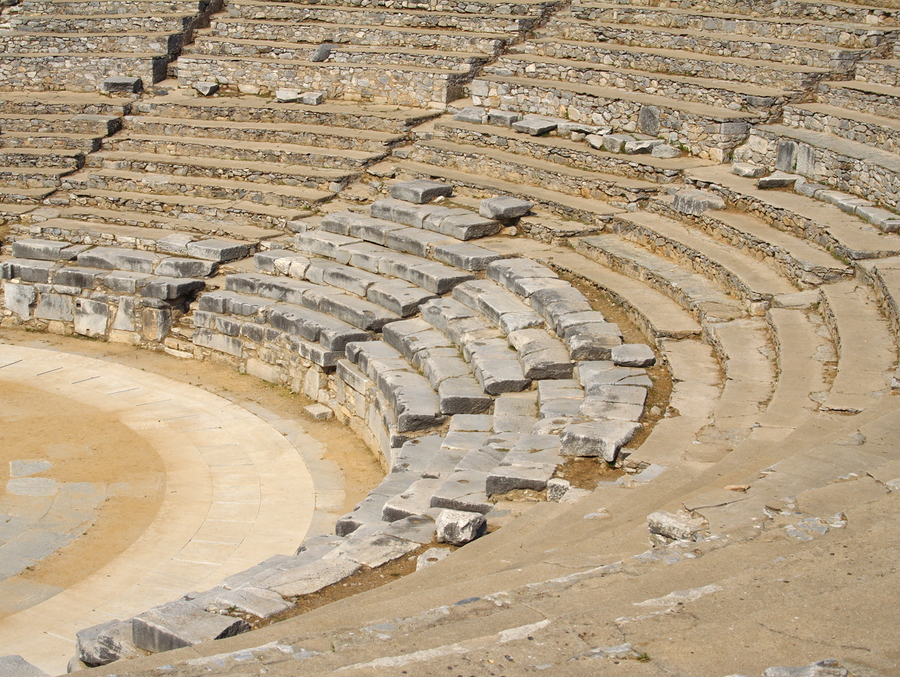 The Theatre at Philippi

There is a sizeable theatre on the site, which dates back to the time of Philip II but was rebuilt during the Roman era for use as an amphitheatre. On this side of the road – which was part of the Via Egnatia linking Rome with Istanbul and which passes through Thessaloniki – is also the site museum, although if time is limited it can be safely skipped as the main attractions are actually still in situ.

On the opposite side of the road are the bulk of the town’s remains, including two rather contrasting features. One is the foundations of a church known as Basilica B, which is impressive in its scale, and the other is the remains of the public latrine, equally impressive for the state of preservation of its fifty marble seats. To complete the ablutions, the remains of the Roman Baths are nearby, which were built in 250AD but destroyed soon afterwards in a fire. 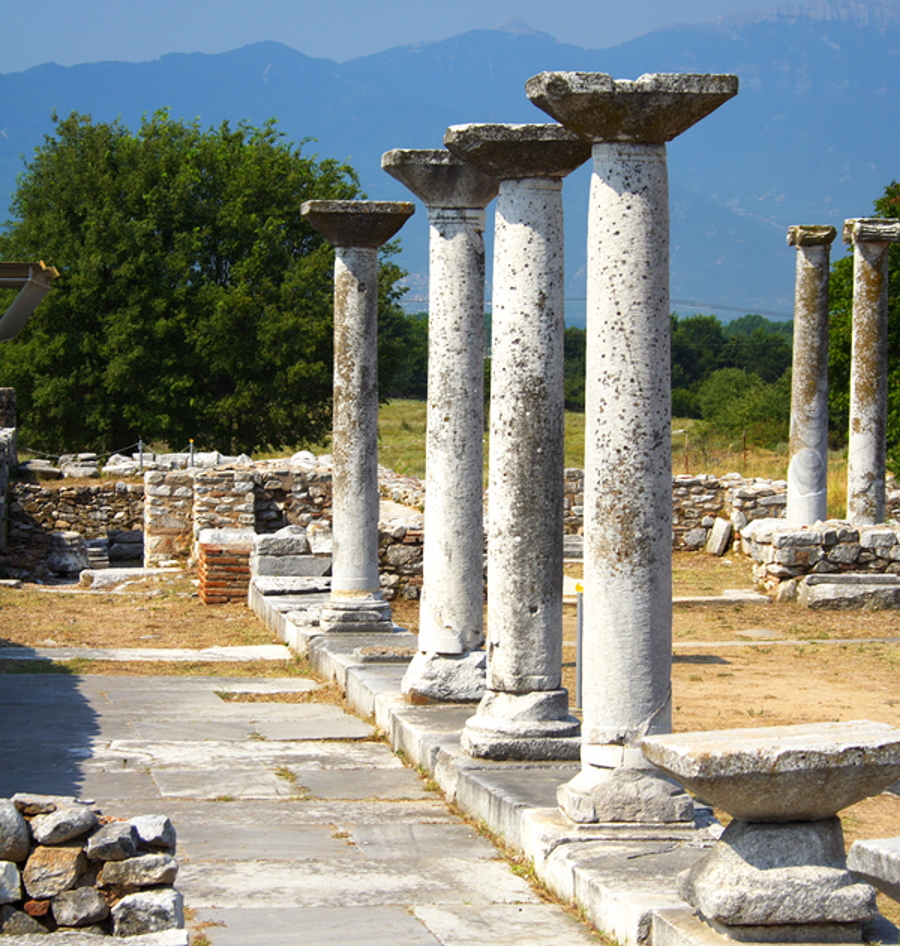 Where to Stay in Kavala

Some other Thrace pages