The Palace of St Michael and St George in Corfu Town contains the Museum of Asiatic Art, the Municipal Art Gallery, and the Modern Art Museum. 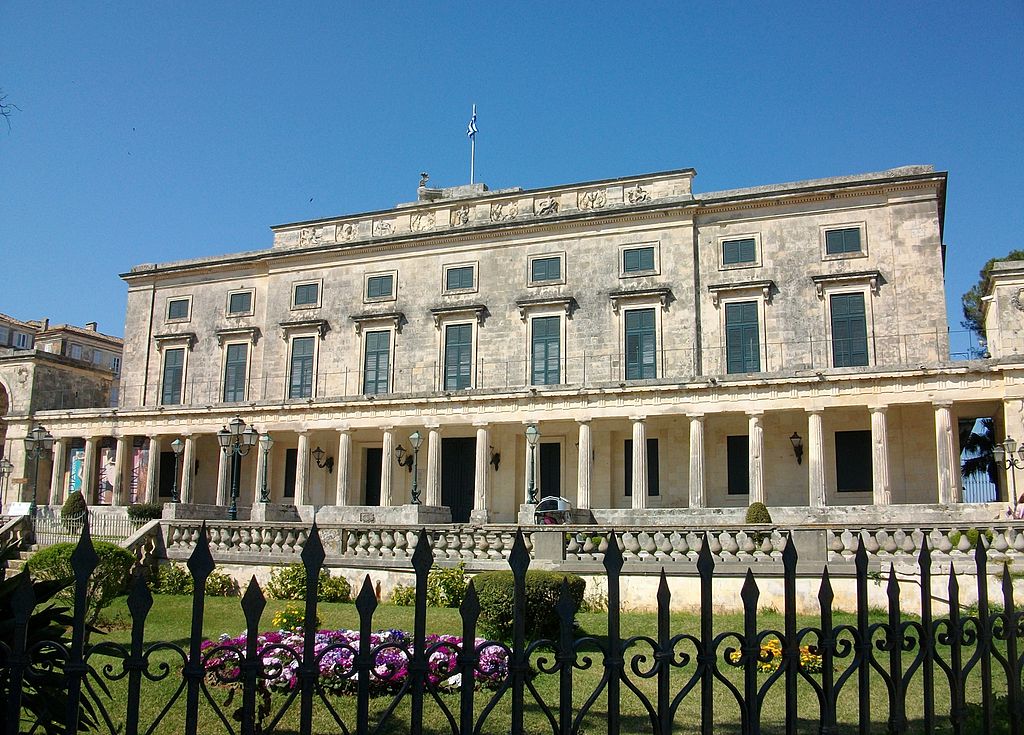 Palace of St Michael and St George
Photo by Joanbanjo

Commanding the northern end of the Spianáda, the Palace of St Michael and St George is the grandest remnant of British rule on Corfu. It was modern Greece’s first neo-classical building and remains one of the finest examples of the style. Its sumptuous interior houses a fabulous collection of Asian art, while side wings contain two Greek art galleries.

History of the Palace of St Michael and St George

The palace was built between 1819 and 1824, when Sir Thomas Maitland served as the first British High Commissioner of the Ionian Islands. The three-storey building, designed by Sir George Whitmore, has a long facade of Doric columns, anchored at either end by two triumphal arches, each named after one of the saints. It is ringed by fine landscaped gardens. In front of the palace is a statue of Maitland’s successor, Sir Frederick Adam, dressed in a toga. 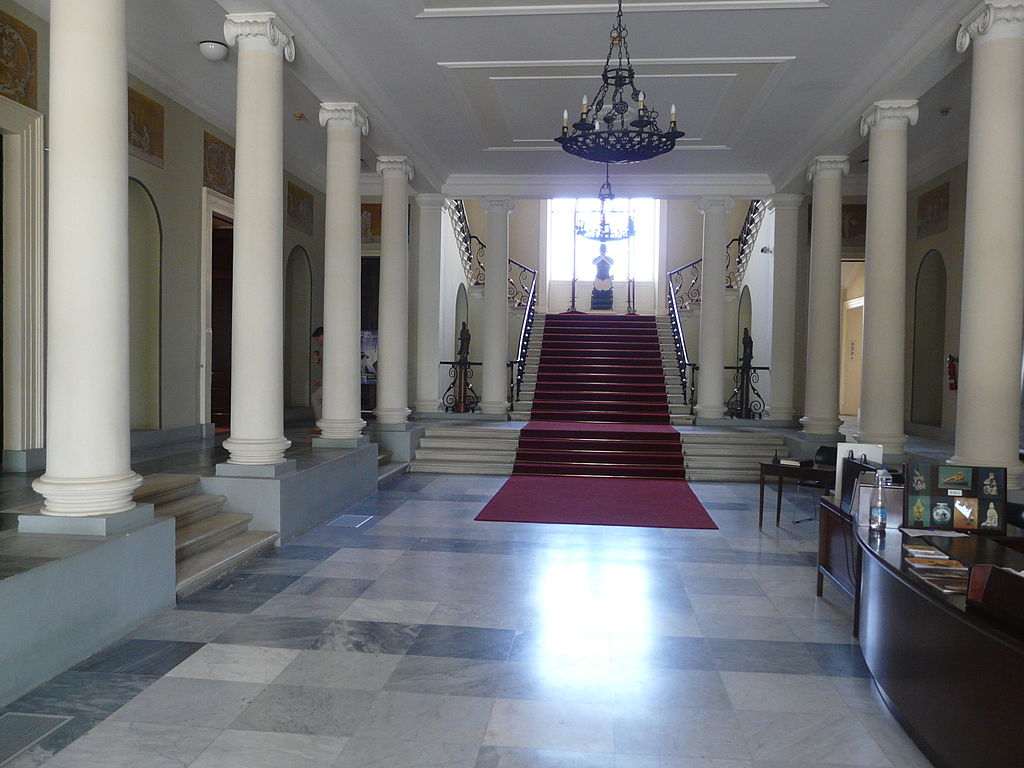 This elaborate residence for the High Commissioner also housed the Ionian Parliament and Senate and the Order of St Michael and St George, which honoured British civil servants in the Ionian and in Malta. After 1864, when the British left Corfu, the palace became a summer residence for the Greek royal family. It was renovated for the European Union Summit meeting in 1994.

On the ground floor, the Corfu Municipal Art Gallery occupies the east wing. Temporary exhibitions by the Museum of Asiatic Art are held in the west wing, which also contains the Ionian Senate Conference Room.

A monumental staircase leads to three ornate state rooms on the first floor. The central Rotunda is the finest, with its niches and statuary, blue-and-gold coffered dome and striking wood floor inlaid in a circular pattern radiating out from the centre. On the left is the Throne Room, adorned with crystal chandeliers, crimson flocked wallpaper, and the English Commissioner’s throne. The frescoes in the Banquet Room on the right depict the insignia of the Order of Saints Michael and George.

The east and west wings of the first floor house the Museum of Asiatic Art. Established in 1927 as the Sino-Japanese Museum of Kérkyra, it contains more than 11,000 items. The bulk of the collection was amassed by Gregorios Manos, a Greek diplomat and the museum’s first director. Subsequent donors have made it one of the world’s most comprehensive collections of oriental art. It encompasses ceramics, bronzes, paintings, sculptures, woodworks, miniature art and more.

The west wing is named after Nicolaos Chatzivasileiou, a former ambassador to India and Japan who also represented Greece in Korea, Tibet, Nepal, Pakistan, and Thailand (then Siam). In 1974 he donated 450 pieces of his collection, and the museum’s name was changed to reflect the broader range of Asian art it now contains.

The hallway is lined with woodblock prints. Here, Kitagawa Utamaro’s (1753-1806) series of ‘Beauties’ portray women in scenes of everyday life with a subtle sensuality. It leads to a room of impressive Samurai swords and armour.

Gregorios Manos (1850-1928) was the Greek ambassador to Austria and also lived in France for many years. His massive collection of 10,500 pieces of Chinese, Korean and Japanese art was purchased from auction houses in Paris and Vienna. He offered it to the Greek state in 1919, and saw the opening of the museum in 1927. A year later, Manos died in poverty, having spent his entire fortune acquiring his magnificent art collection.

Housed in a separate part of the palace, Corfu’s modern art gallery is reached via the shady gardens on the east side. It contains mostly 19th- and 20th-century works by Corfiot painters and sculptors. Although the small galleries seem a bit forlorn after the stunning surroundings of the main palace, there are a few noteworthy paintings. The room to the right of reception contains, somewhat incongruously, four large 16th-century Byzantine icons, two of which are by the master painter Michael Damaskinos.

In the first room to the left are two delightful paintings of Arab musicians (1880-82) by Paul Prossalendis the younger, as well as the large, melodramatic Assassination of Capodistrias by Pachis Charalambos. The museum has many works by George Samartzis, including Night in Corfu (Liston) (1913). Apart from the different clothing styles and children’s toys, it shows café life much as it is today.

In an adjoining wing to the right of the main palace is a small side gallery housing the Modern Art Museum. It has changing exhibitions of contemporary Greek artists, with many of the artworks for sale.