Corfu Town is the capital of Corfu and of the Ionian Islands and has two forts, several museums, churches, and many other attractions.

Nowhere is the pan-European background in the Ionians more evident than in Corfu Town. (It's actually a city but everyone calls it Corfu Town.) It may have hole-in-the-wall Greek tavernas in its back streets, and its residents may celebrate Easter even more exuberantly than they do elsewhere in Greece, but it also has very strong influences from Britain, France and Italy in its architecture and its cuisine. Residents of Corfu Town quite rightly regard themselves as more sophisticated than people from other Greek island capitals.

And nowhere is this mix more evident than in the very centre of town, around the Esplanade. This combination of park and town square centres on what used to be a Venetian firing range, and later a British cricket pitch! At the far end, on a promontory sticking out into the Ionian Sea, stands the Old Fortress, which was completed in 1559 on a site believed to have been fortified since at least the 7th or 8th centuries AD. The Old Fortress (or Palaio Frotho) can be visited and has wonderful views over the town. See our full page about the Old Fortress.

In the Palace of St Michael and St George

At the north end of the cricket pitch stands the British-built Palace of St Michael and St George, constructed between 1819-24 as the residence of the British High Commissioner at the time. It was renovated in the 1950s and now contains administrative buildings, a library, the tourist office and, in one wing, the Corfu Museum of Asian Art. This collection, unique in Greece, was built up from 10,000 items amassed by Grigorios Manos (1850-1929), a Greek diplomat from Corfu who traveled extensively in the Orient. See our full page about the Palace of St Michael and St George.

At the western end of the cricket pitch is a row of cafes and shops that could only be French: the Liston. It was built by a Frenchman in 1807 at the behest of Napoleon, who wanted its colonnades to echo the rue de Rivoli in Paris. Its name is Venetian, deriving from the ‘List’ of noble families whose names were kept in the Golden Book, the Libro d’Oro.

See our Walk in Corfu's Old Town, which starts and ends at the Liston, and also this page for more information about the Old Town.

The cafes along the Liston are where everyone comes to socialise, a buzz of activity at lunchtime and early evenings, with people meeting friends or relaxing with newspaper and coffee. Your coffee will cost more here than anywhere else in Corfu, but it’s the place to be.

At the southern side of the cricket pitch is a park with a splendid fountain and, nearby, the Enosis Monument. This Unification Monument celebrates the occasion in 1864 when the Ionian islands were at last united with the rest of Greece after their final period of foreign, British, rule. 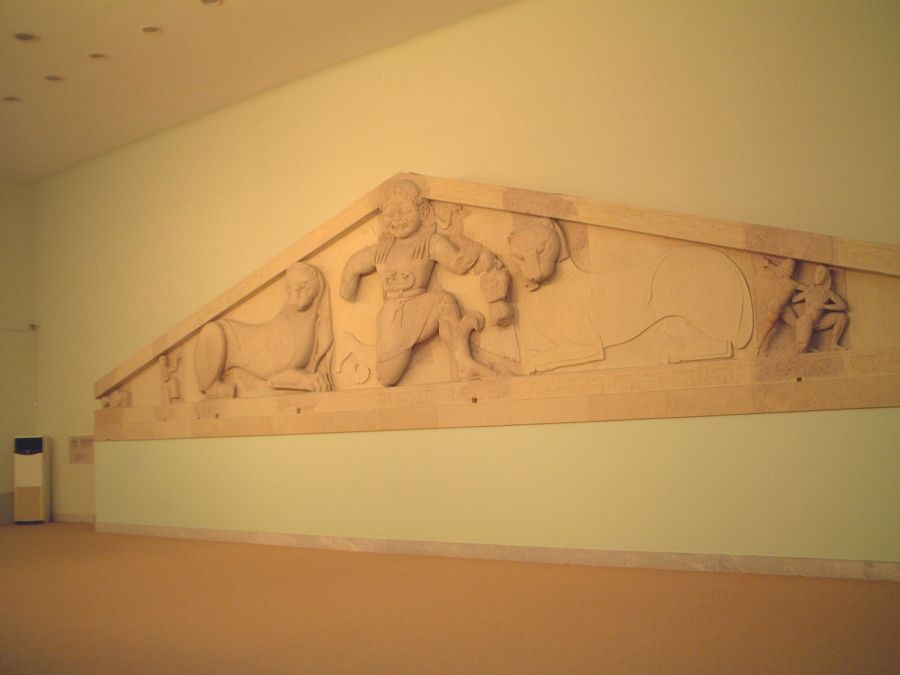 There are numerous sites and museums around Corfu Town that ought to be seen, and which would merit a stay of at least a few days. Naturally the Archaeological Museum of Corfu is one of these, although it does not have the richness in its collection that you might expect from such a thriving town.

Its star attraction is worth the visit alone, though, a fearsome Gorgon frieze which was made in the 6th century BC for the Temple of Artemis in the southern suburbs of Corfu Town. See our full page on the Corfu Town Archaeological Museum. 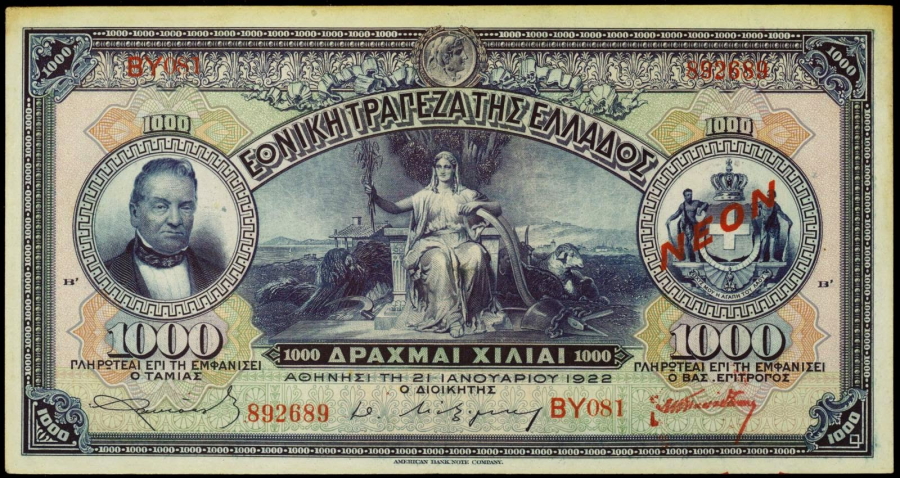 The Banknote Museum sounds as if it might only have appeal to those with a specialist interest, but it is in fact a really enjoyable museum which tells not only the fascinating story of how bank notes are made, but also shows how Corfu’s currency reflects the political changes, including notes in German and Italian currency during World War II when inflation was rampant. 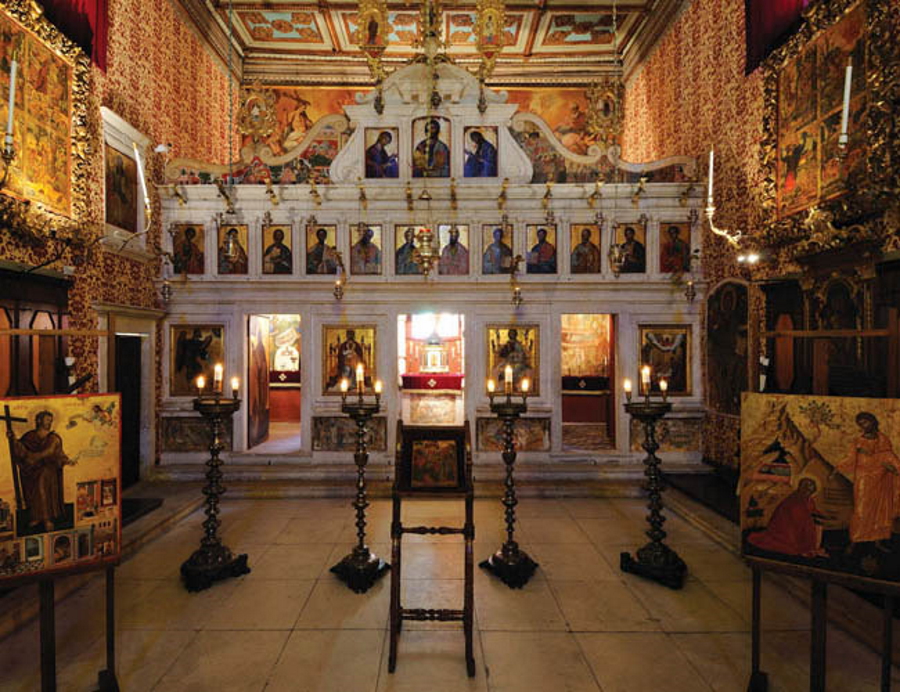 The Byzantine Museum's official name is the Antivouniotissa Museum as it's in the church of the Panagia Antivouniotissa and has a small and stylishly-displayed collection of icons, some as old as the 15th century. Included are examples of work by the so-called Cretan school, from the days when Venice also ruled Crete and Cretan artists would visit Corfu on their way to study with the masters in Venice.

See our page on Other Sites to See in Corfu Town.

One church that must be visited in Corfu Town is dedicated to the island’s patron saint, Saint Spyridon. His mummified body is contained in a silver casket inside, and on four occasions a year this is paraded through the streets to celebrate the occasions when the saint is believed to have come to the rescue of the islanders, during battles and plagues.

It is a marvellous time to be in Corfu Town (Palm Sunday, Easter Saturday, August 11 and the first Sunday in November) to see the way that Greeks combine religious fervor with abundant partying. See our full page on the Church of Saint Spyridon.

See our YouTube slideshow of a quick visit to Corfu Town.