Where to Eat in North-West Corfu

Greece Travel Secrets has its list of favourite places where you can eat in north-west Corfu, including in Paleokastritsa, Pelekas, and Ayios Stefanos. 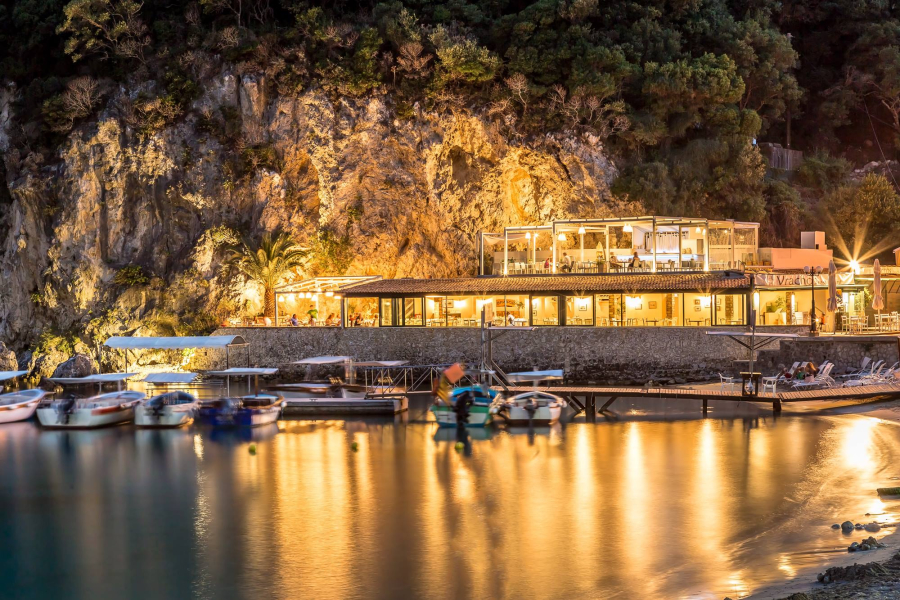 The Vrachos Restaurant in Paleokastritsa

If you’re wondering where to eat in north-west Corfu then take a look at this alphabetical list of our personal favourites, from restaurants in popular resorts like Paleokastritsa and Ayios Georgios to traditional family tavernas in hill villages.

Where to Eat in North-West Corfu

You'll know why there is no website and only a mobile phone number at this place when you find it, signposted down a track off the southern end of the beach at Ayios Georgios. It's very much a summer season place, for those who want to dine al fresco and have simple fresh food perfectly prepared. Go for the fresh fish, probably straight from the sea that morning. 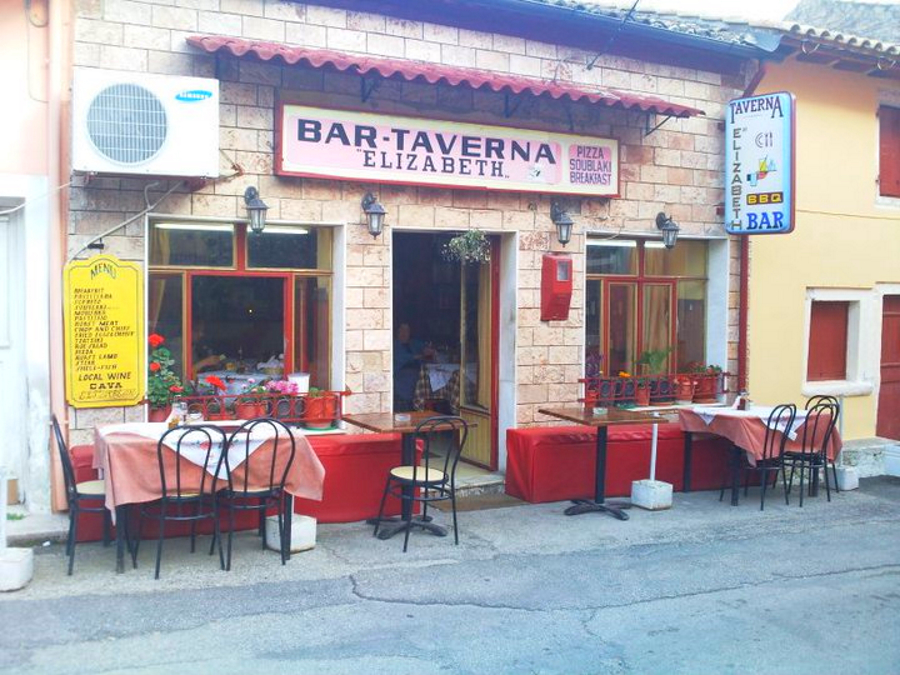 Look for the car park sign as you drive through Doukades and walk up to the little main square where you'll find the immensely-popular Elizabeth's. There's a large dining room inside, the walls lined with drink bottles, while outside there's only room for one row of tables as there has to be space for the occasional bus or tractor to squeeze by.

It's a good reason to eat late here, Greek time, so that the traffic has eased. Occasionally Elizabeth makes the truly authentic cockerel pastitsada, but everything she does, she does beautifully. https://www.facebook.com/tavernaelisabeth/

Adding to the unusual eating places in Ayios Georgios is the Fisherman, which has managed without a phone or electricity since it opened in the 1970s. Look for the signs directing you into olive groves behind the beach, and settle down at one of the simple wooden tables for a feast of fish. The mixed fish starters are especially good, and the lobster spaghetti, but the setting makes it something special. No website. 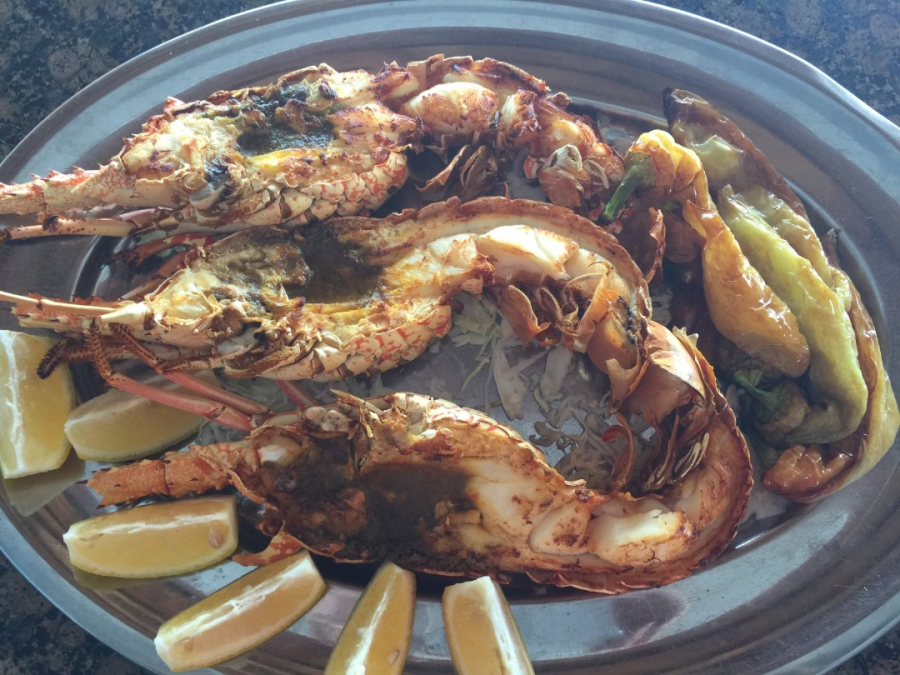 With the most spectacular setting in Corfu, bar none, the Golden Fox looks down over Paleokastritsa Bay. It's part of the Golden Fox Hotel but is open to non-residents and well worth the drive to get to it. The food is priced higher than average, but not overly so given the standards, the service and of course that view from the dining terrace.

You can push the boat out and have lobster spaghetti, a dish they are rightly proud of, though there are plenty of less expensive options too such as sofrito and rooster with spaghetti. https://corfugoldenfox.com/ 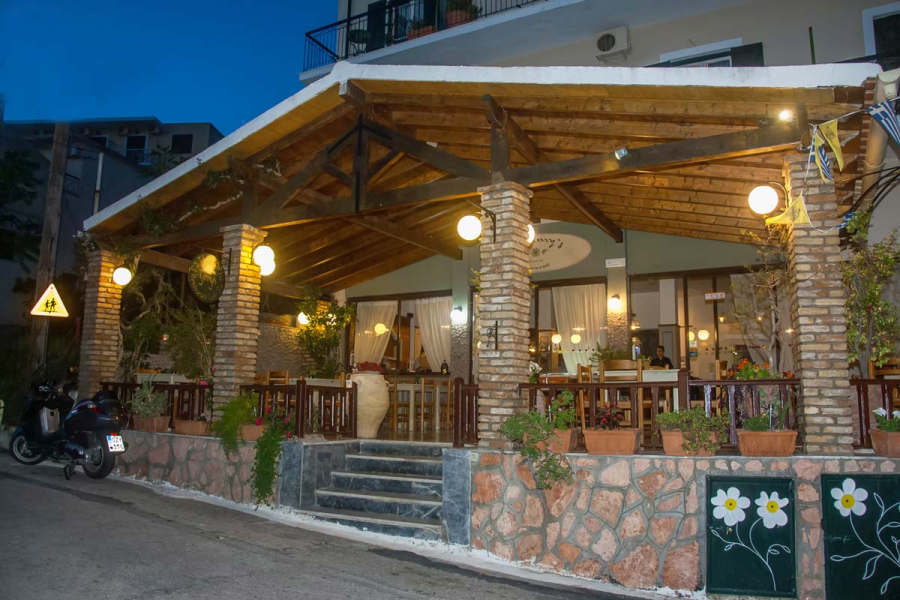 For over 50 years Jimmy and his wife Georgia have run their traditional restaurant in Pelekas, and now the children help out too though Jimmy still likes to do the cooking. It's a lovely, friendly, family place, often enlivened by walking groups who stay in the rooms above. There are traditional Corfiot favourites such as stifado and sofrito, but often cooked from old family recipes making them that bit different. Definitely worth trying. https://jimmyspelekas.com 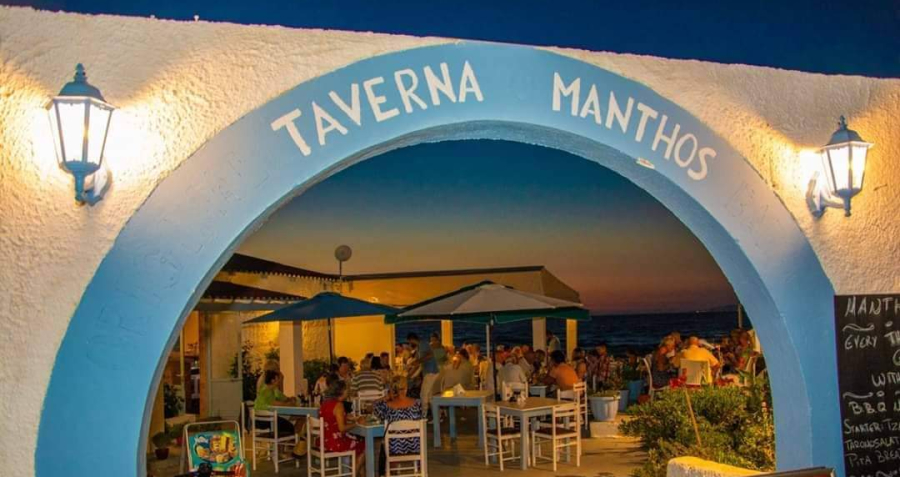 Open since 1976 in Ayios Stefanos, the owner still does 75% of the cooking and uses fresh local ingredients rather than frozen imports which many places buy to keep costs down. He mixes traditional Corfu and other Greek dishes with international dishes such as salmon in the oven with garlic, peppers and mushrooms, though his signature dish is crayfish in a tomato, onion and paprika sauce with spaghetti.

Blue and white tables against a periwinkle blue floor on the large patio overlooking the beach give a sense of space and summer, and steps lead down to the beach past an overturned boat. https://www.facebook.com/manthostaverna 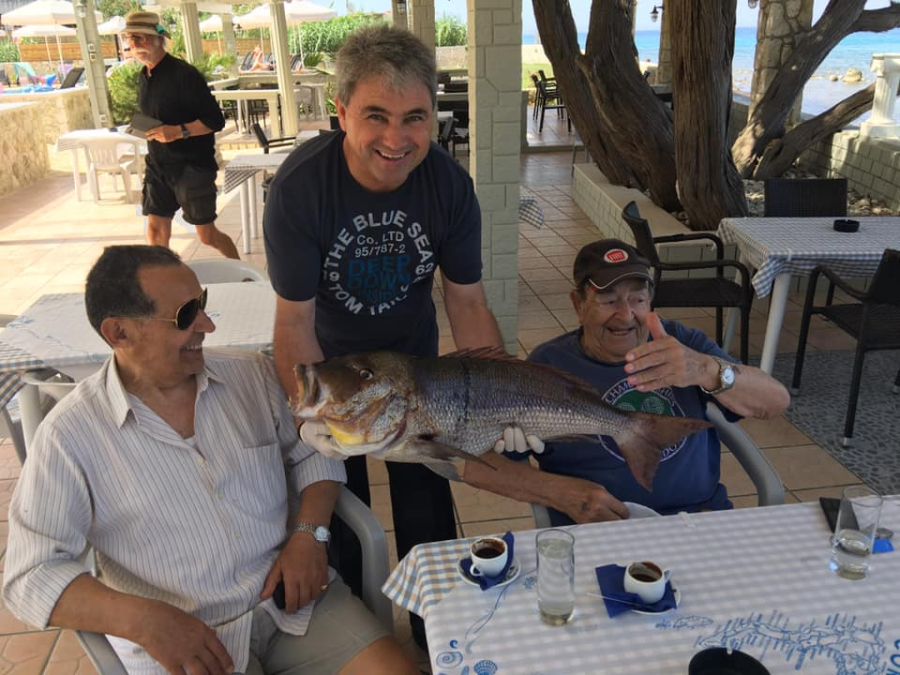 A terrace tastefully decorated with fishing nets and ropes provides a seating area looking out over the waves and of course the sunset at Paramonas Beach. Get there early to get a front row seat and be prepared to linger over a glass of wine as the orange sun sinks down. It's a very friendly family-run place with one house speciality being lobster pastitsada, but check the price first as it's done by weight. You can choose your lobster from the tank on the terrace. https://www.facebook.com/profile.php?id=100054210653331 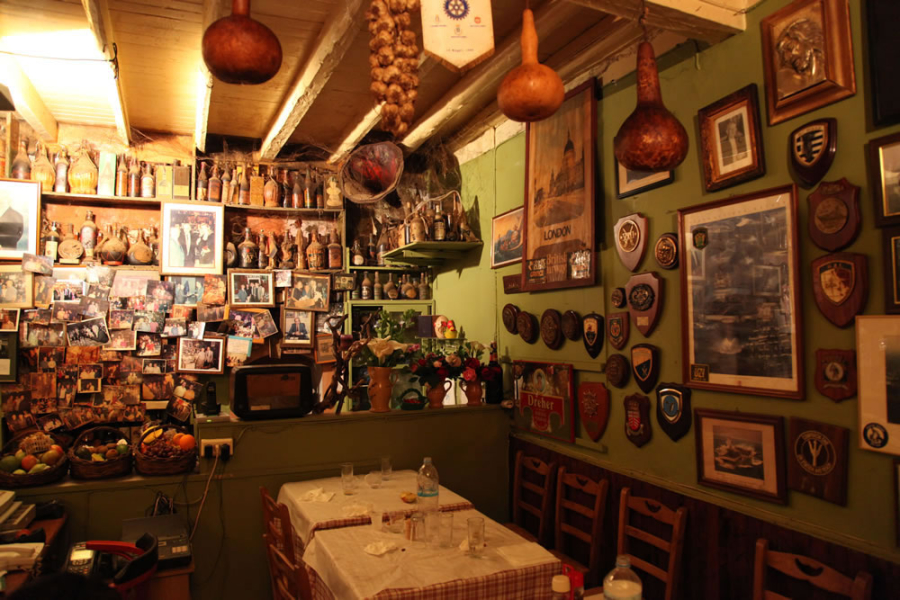 No need to worry about what to order at Tripas in Kinopiastes as it's a set menu and dish after dish is brought to your table till you groan and can eat no more. There's entertainment every night too. If that sounds like a typical 'Greek evening' laid on for tourists, then it is a little similar but the food here is good enough to please Corfiots all year round and a great (and late) night out is guaranteed. Booking is highly recommended. https://tripas.gr/

The Vrachos Restaurant in Paleokastritsa

A perfect spot for one of the most popular restaurants in Paleokastritsa. It stands both on a rock overlooking the harbour here, and under the rocks of one of the Paleokastritsa headlands. A long narrow terrace of outdoor seating ensures that almost everyone gets a good view over the water and the beach, and there is more seating inside. The menu is an absolutely standard list of typical Greek-Corfiot dishes, but the number of Greeks eating here lets you know that they're doing them right.  https://www.facebook.com/vrachosp