Where to Stay in Northern Corfu

Greece Travel Secrets picks where to stay in northern Corfu with budget and luxury hotels in Sidari, Daphnila Bay, Kontokali, Ipsos, Barbati, Nissaki, and other places. 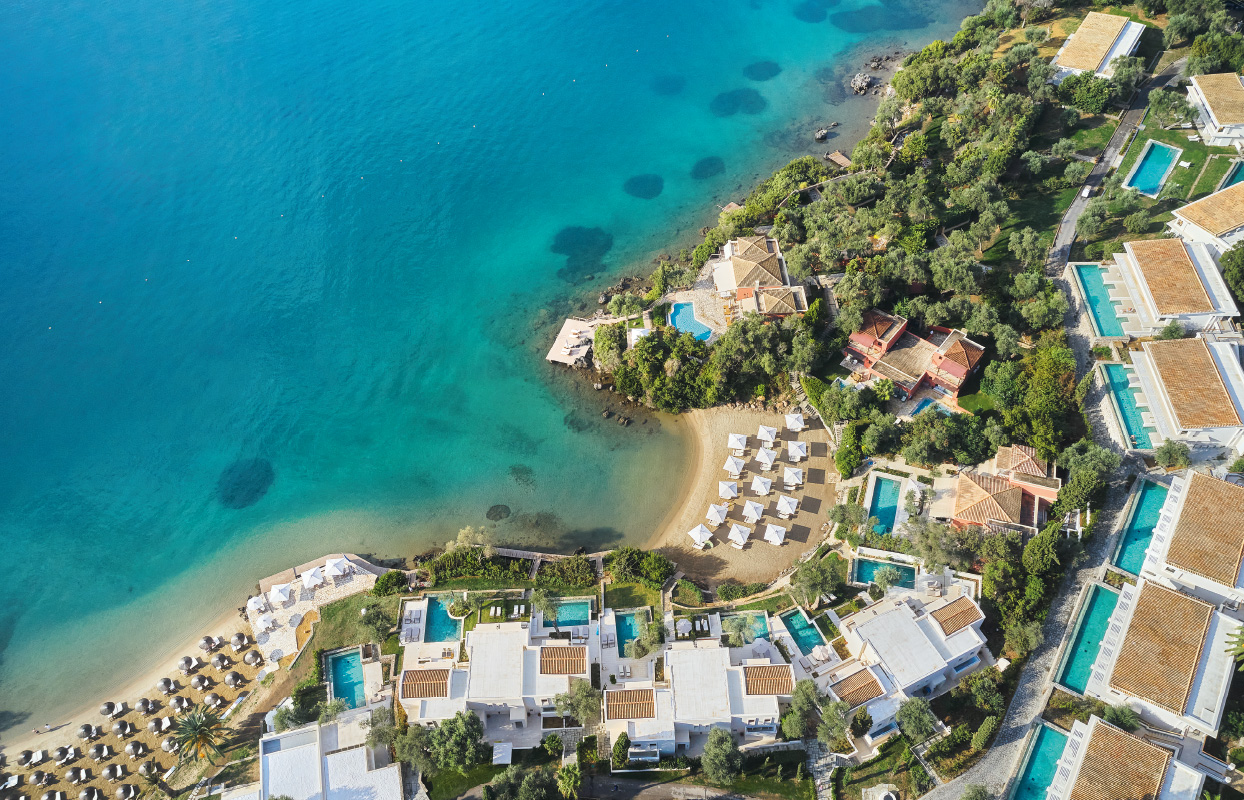 Well-located between the town centre and the beach, the Alkyon is simple and basic but very affordable and gives visitors to Sidári what they want: clean rooms, somewhere to sleep and eat, and with Greek dancing and other entertainment in the evenings in summer. There's a pool with sun terrace and a bar, and the children's play area makes it especially popular with young families. No website. 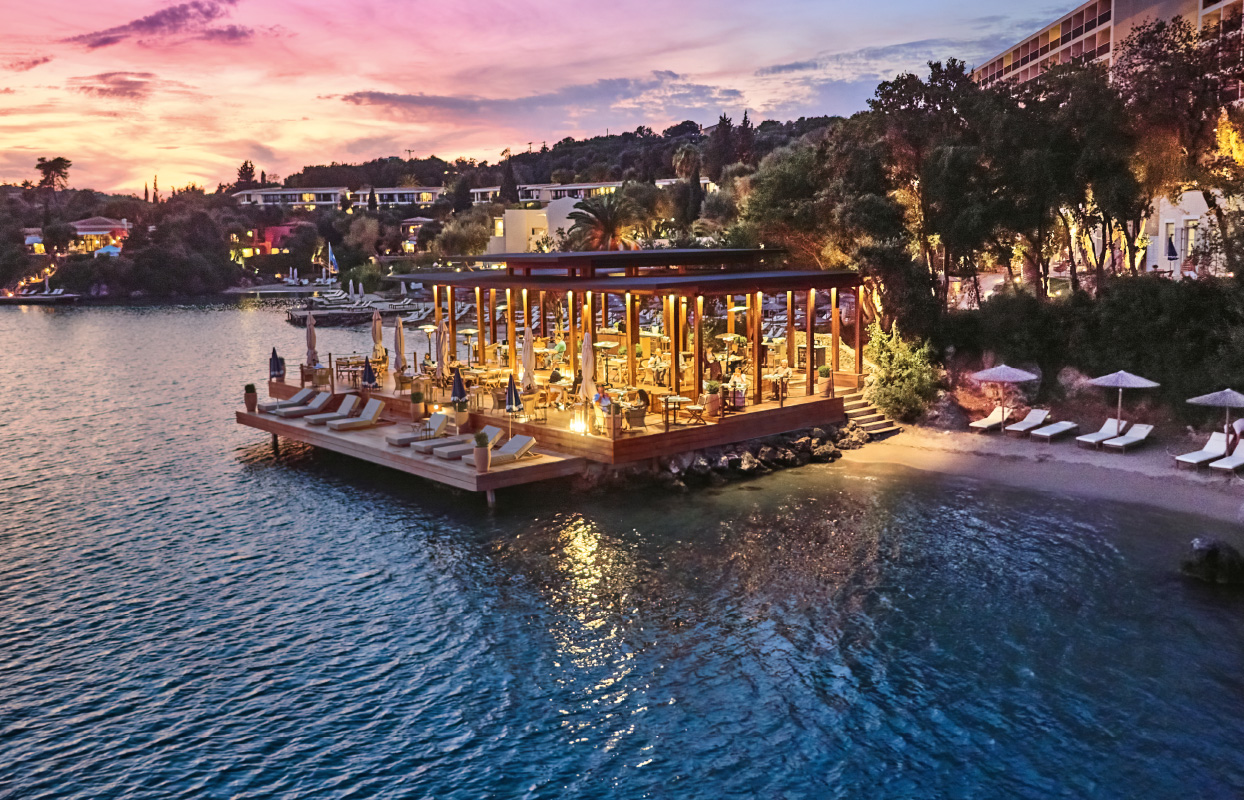 Among the very best hotels on the island, the Grecotel Corfu Imperial is in the Luxury class and stands on the very end of the Kommeno headland, surrounded by the sea and with its own sandy beaches. There are rooms, bungalows, and some luxury villas, these last well-hidden in the lush grounds. There are several restaurants and bars, top-class sports facilities including a tennis club, and a vast seawater swimming pool. 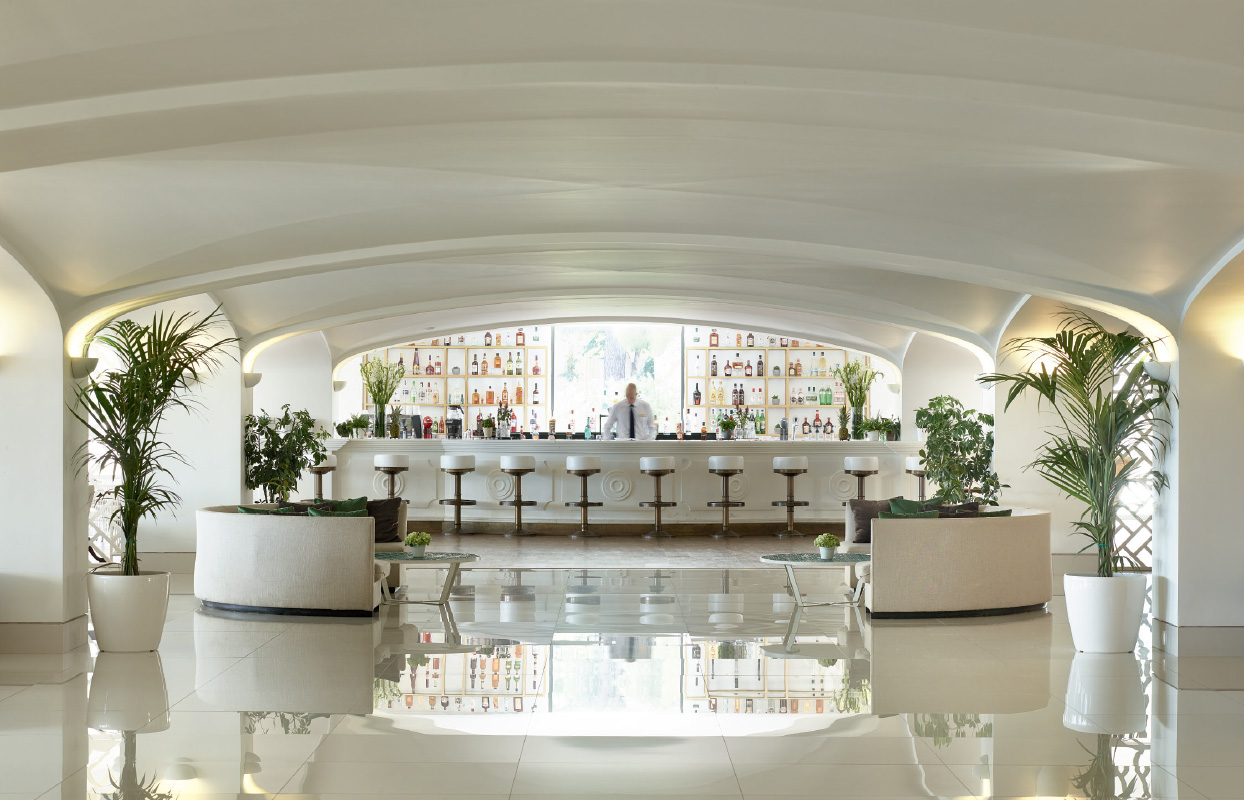 The Bar at the Grecotel Lux Me Daphnila Bay

For those who wish to combine a holiday with a health or beauty programme, there is no better spot on Corfu than the Daphnila Bay. A luxury thalassotherapy spa and aromatherapy centre was built when the hotel was renovated in 1999, and is one of the best in southern Europe. Even without it, the hotel would be superb, with its 126 rooms in the main building and a further 134 bungalows ranged around the grounds, giving some idea of how expansive these are. 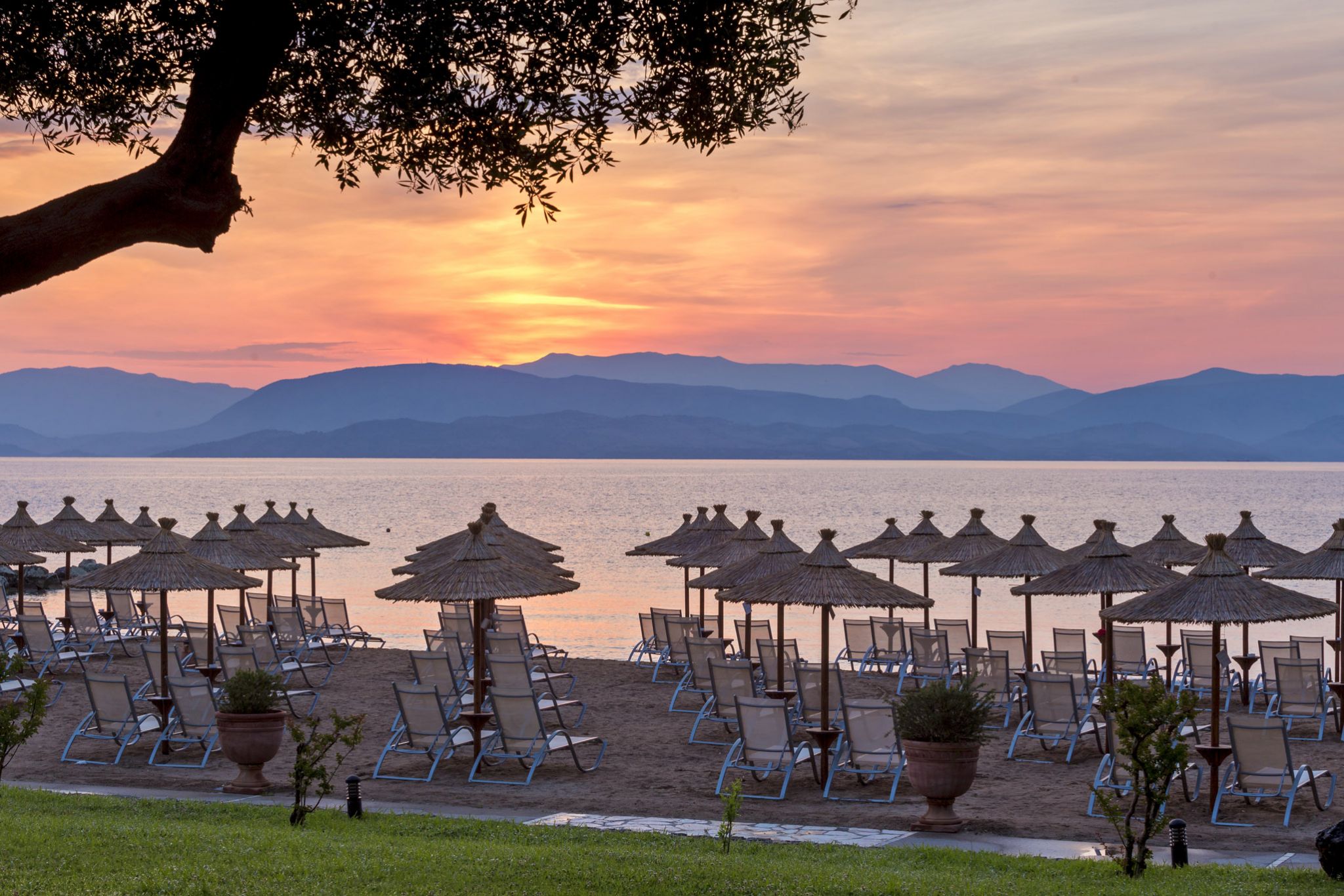 For those who want comfort and lots of family options, the Kontokali Bay Resort and Spa is hard to beat. It has two private beaches, a pool, watersports, and a children's club which provides imaginative entertainment options every day. Adults can indulge in tennis or horse-riding, and enjoy the beach bar and restaurants. The lush grounds and low-rise approach make it a very attractive getaway. 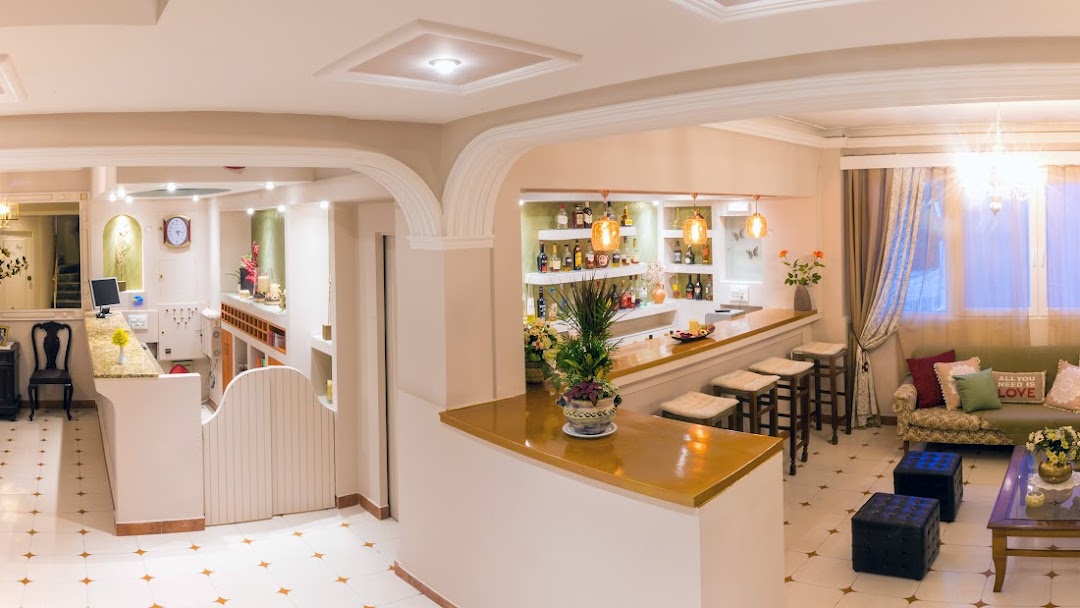 The Molfetta Beach is one of the better choices for an inexpensive, small and friendly hotel on this part of the east coast. It has just 27 simple but nicely-decorated ensuite rooms, all with balconies and sea views, set in its own gardens along the main coastal road, with easy access to the facilities of Gouviá. There is also a restaurant, a beachside bar, and entertainment evenings in summer including traditional Greek dancing. 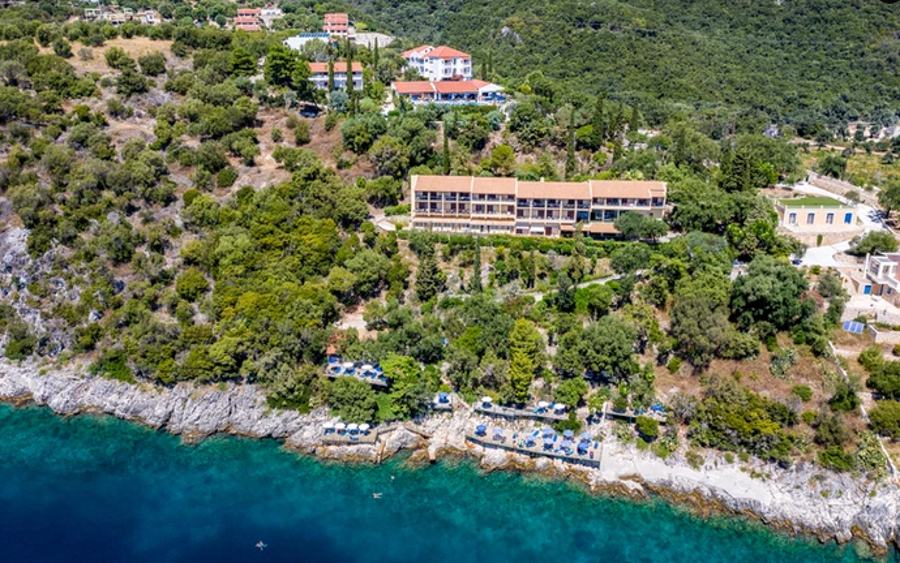 Attractively set on a green hillside above the small resort of Barbáti, the Nautilus offers lovely views of this beautiful stretch of coast and across to Albania. It isn't surprising that it’s so popular with package holidaymakers, as it offers what Greece does best – clean, well-run hotels at a cheap price. Facilities include a pool, children's pool, playground, and a free bus service down to Barbati beach. 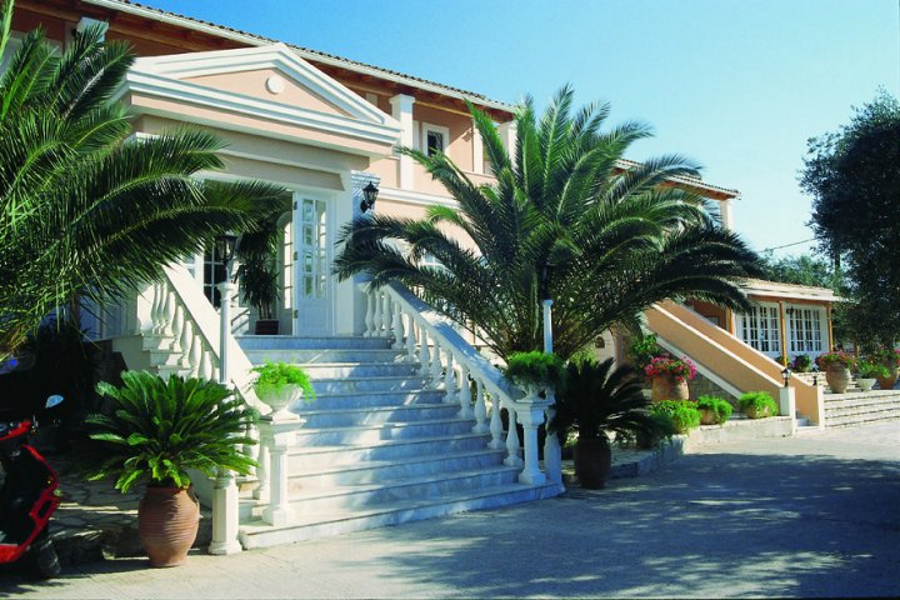 A charming family-run hotel tucked away in an old olive grove on the Kommeno peninsula, the Nefeli has 45 rooms, including a few small suites. It is the place to go if you want peace and quiet but easy access to this busy stretch of coast. It has its own pool but a path leads down to a small, sandy bay just a few minutes away. 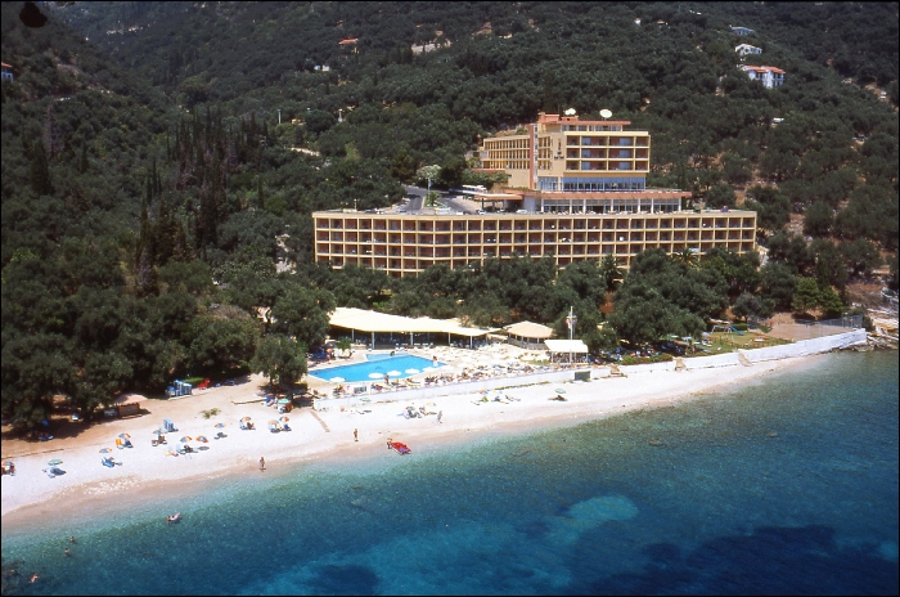 The lovely 4-star Nissaki Beach Hotel is in one of the prettiest corners of Corfu, and its room rates include half-board. There are 239 rooms on several floors, including plenty of single room as well as suites and family rooms. An outdoor pool overlooks a long stretch of beach (see our Lawrence Durrell Walk) and there's a gym, tennis courts, volleyball, mini-golf, watersports, evening entertainment, and organised children's activities. 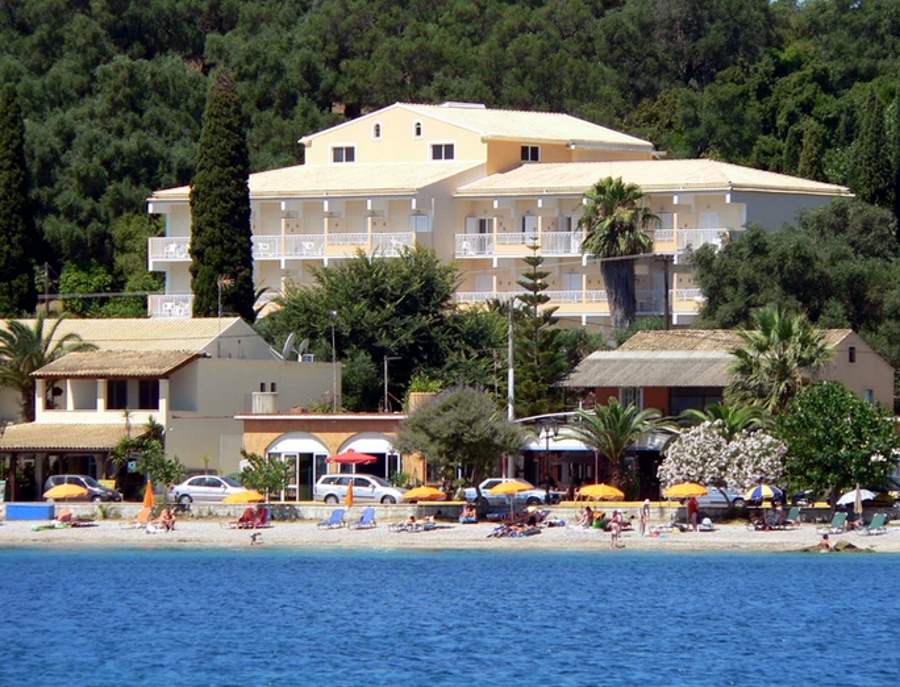 The entrance to the Hotel Ipsos Beach is on the main coast road but the buildings are set back beyond orange and lemon trees which lead to a terrace surrounded by palm trees and bottle-brush plants. It has its own pool, bar, and restaurant, with relaxing terraces where you can enjoy a drink or the regular entertainment evenings in summer. One of the best of the Ipsos hotels.