The Achilleion Palace is one of the most visited sights on Corfu and contains a museum and impressive gardens with wonderful views over the coast. 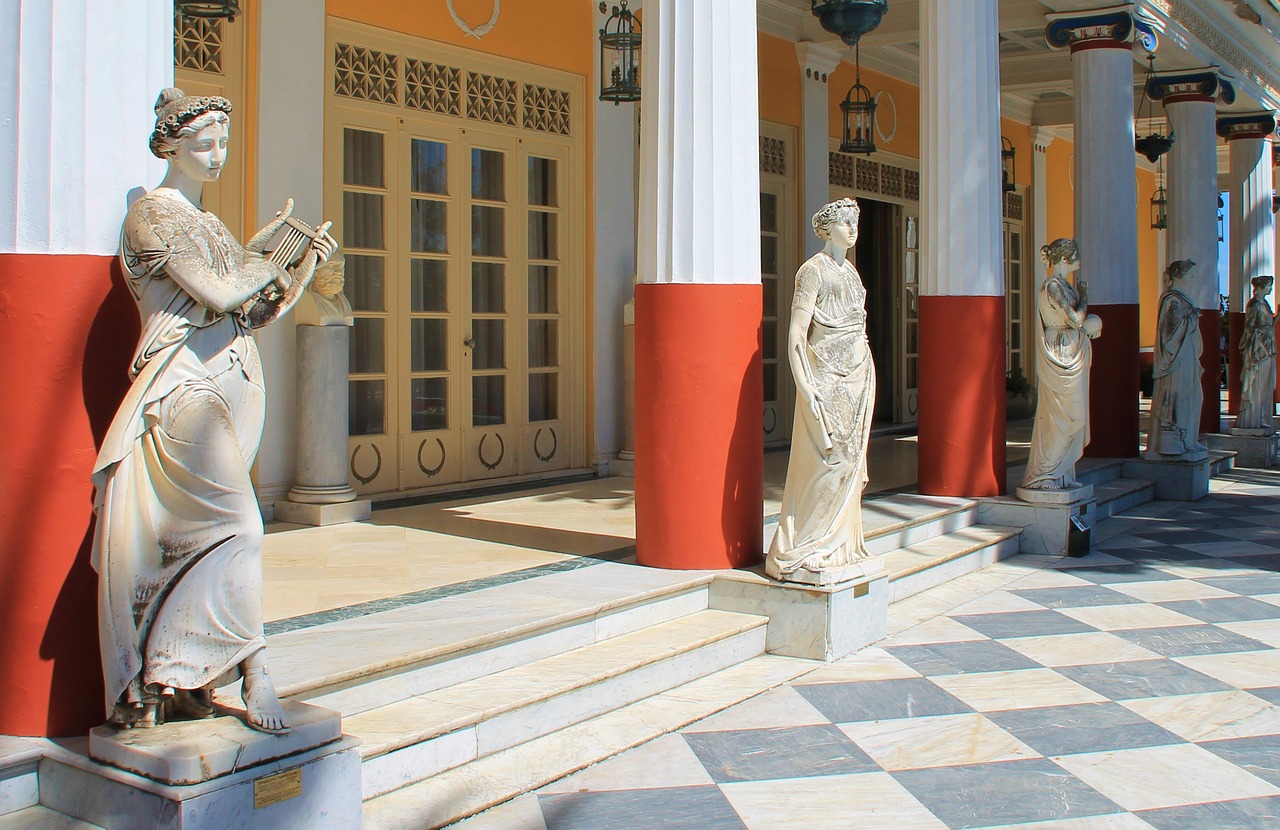 For the culture-loving and history-loving visitor to Corfu, the first stopping off point south of Corfu Town is the Achilleion Palace. It’s not to everyone’s taste with its mish-mash of styles, but you cannot deny that it is unique. It was also ‘a monstrous building’, according to the British writer Lawrence Durrell, who grew up on Corfu with his brother Gerald, the naturalist and writer.

The Achilleion Palace is one of the most visited sights on Corfu, and it is easy to see why. The main house is an impressive white and cream building sitting on top of a hill, there are some fascinating historical artifacts inside, and the gardens with their collection of statuary and fine views over the coast top off an enjoyable visit. 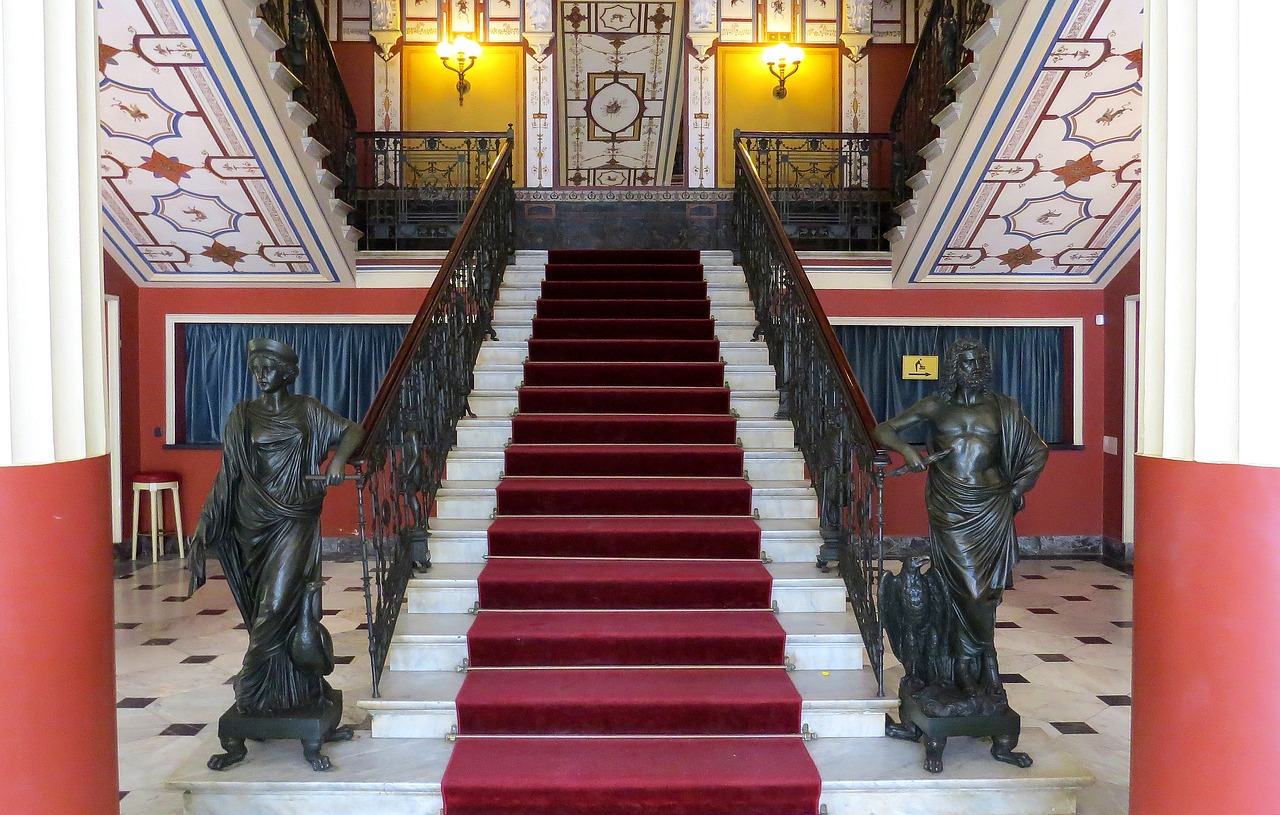 The Dying of Achilles

The most impressive statue is The Dying of Achilles, a colossal work that dominates the far end of the gardens. The house takes its name from Achilles, who in Greek mythology was the greatest of all warriors and whose mother had made him immortal by dipping him into the waters of the River Styx. He was immortal, of course, except for the heel by which his mother had lowered him into the water: the Achilles heel.

History of the Achilleion Palace

The story of Achilles became an obsession of the Empress Elizabeth of Austria, for whom the Palace was built as a summer home in 1890-91. There are statues of Achilles dotted around the grounds and paintings of him inside the house, and if she were still alive today no doubt she would be using an Achilles mouse mat.

There isn't a car park so park by the roadside where you can, but preferably well away from the entrance as tour buses often park here and can make turning and leaving difficult.

The Palace was partly planned for Elizabeth to retreat to, to take her mind off the political upheavals of the Hapsburg Court, and her personal problems back in Austria. She only got a few years of solace here, though, as she died in 1898, assassinated by an Italian anarchist, which perhaps helps explain why there is an air of sadness and melancholy lingering in the house.

The ground floor is now open as a museum, with a small but enjoyable enough collection of paintings, smaller statues, furniture, costumes and personal items from the Palace's past. It has certainly had a colourful history since the Empress passed on, having been used among other things as a hospital during World War I, as a location for the James Bond movie For Your Eyes Only and until 1997 the site of the island's only casino.

The Palace is immensely popular with coach parties so if you prefer to visit at quieter times try to get there soon after it opens. Few coach parties make it that early!

Today the gardens are perhaps its best feature, being attractive and well-maintained with palm trees, roses, prickly pears, callow lilies and many more plants and trees. And at the end there is that splendid view, looking down from some 152 meters (500 feet) above the sea. No wonder everyone poses for photos here, beneath the watchful eye of Achilles.

More Information on the Achilleion Palace